Who doesn't love a good cinnamon roll? Great for breakfast, a snack, and even dessert, cinnamon rolls are classic pastries that never seem to get old. Cinnamon sugar, a warm doughy interior, and subtle creamy icing all come together so perfectly that it might not even seem possible to improve upon the original. But we always like to take things a step further and tweak old classics to make them better – and that's just what we did with the cinnamon roll. These 5 delicious recipes are here to show you that messing with perfection is definitely worth it sometimes. From an XXL cinnamon roll to apple pie with cinnamon roll crust, you're going to love all of these tasty treats!

For those with a sweet tooth, cold weather and cinnamon rolls fit together like 2 pieces of a puzzle. Normally, this delicious dessert is made in a single-serving size, so your cinnamon roll is gone before you know it. But for those with a giant sweet tooth, we've come up with a recipe for a giant cinnamon roll that will let you savor its sugary sweet taste for longer – and maybe you'll even be able to share with the family! Get the recipe for the Giant Cinnamon Roll. 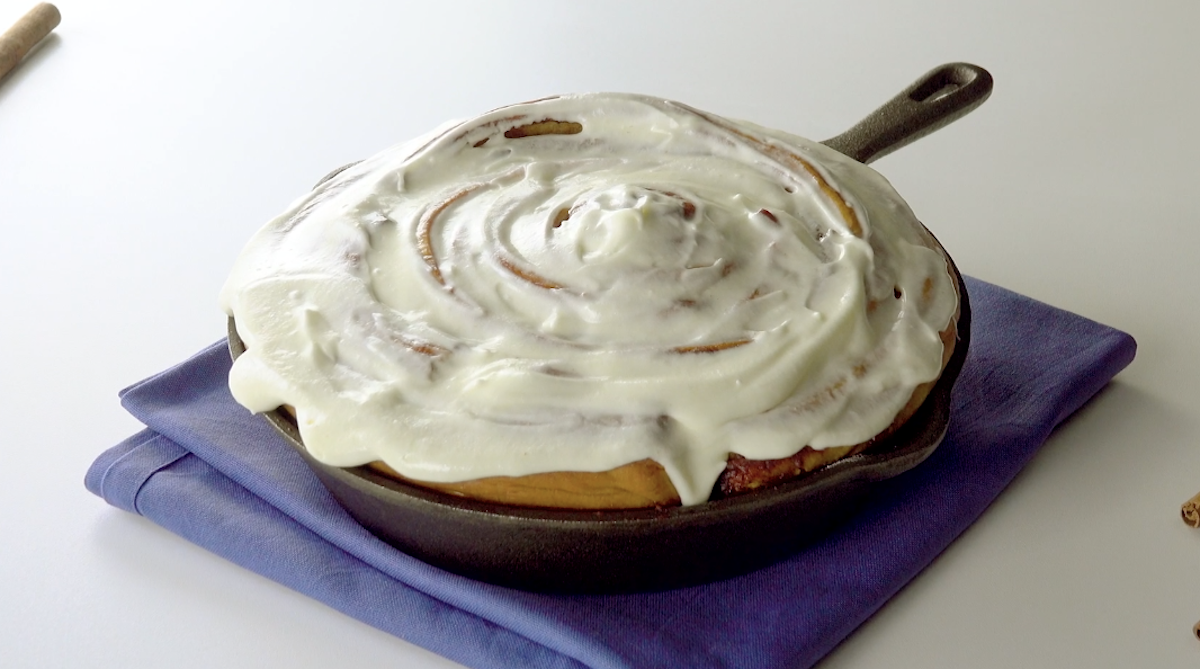 Apples and cinnamon are 2 fall flavors that we just can't get enough of – and for those of you who are fall flavor fans just like we are, this is the pie recipe to top all others! We're taking 2 of the best fall treats, cinnamon rolls and apple pie, and combing them into 1 irresistible dessert. The result is a delicate, decadent pastry with a spiced, fruity filling that's impossible to resist! Get the recipe for the Cinnamon Roll Apple Pie. 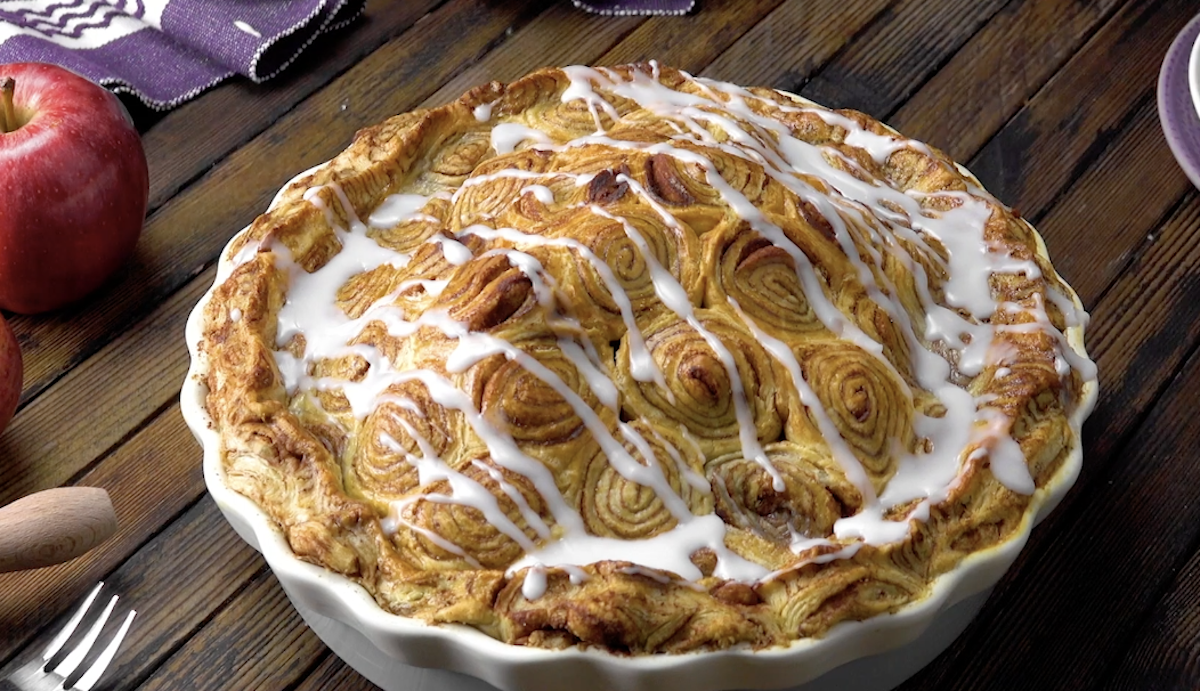 Be it coffee, espresso, latte macchiato, or cappuccino, a caffeinated beverage is liquid gold for most people. But you can also enjoy coffee in a more solid form, and when added to chocolate and other desserts, it becomes solid gold. This recipe will show you the best of both worlds — a creamy coffee drink contained in a doughy cinnamon-sugar shell. An upgrade for both coffee and cinnamon rolls?! Sign us up! Get the recipe for the Coffee Mousse Cinnamon Roll Cake. 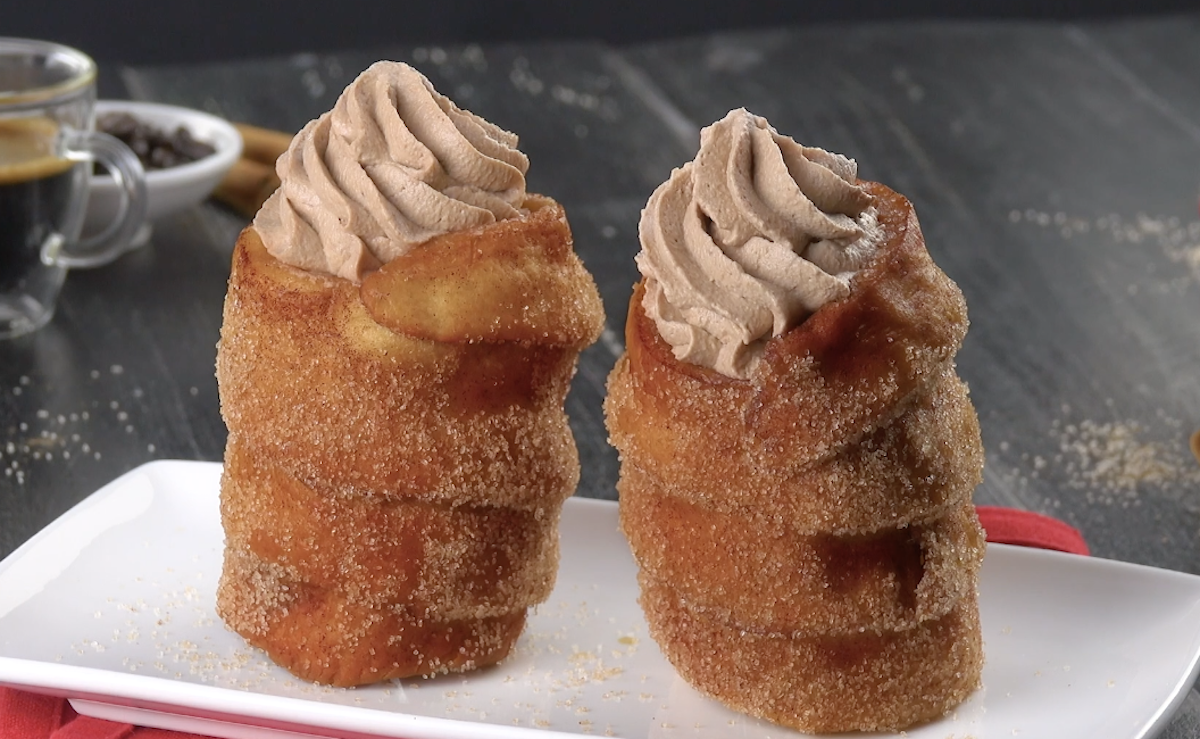 We've already sung the praises of the combination between apples and cinnamon, but as far as we're concerned there's always more room for experimenting with delicious foods. These apple cinnamon rolls are just the thing to warm your tastebuds and get yourself cozy on a chilly fall evening. The cinnamon roll gets baked right inside of the apple, leaving you with a gorgeous treat, perfect for any time of day! Get the recipe for the Apple Cinnamon Rolls. 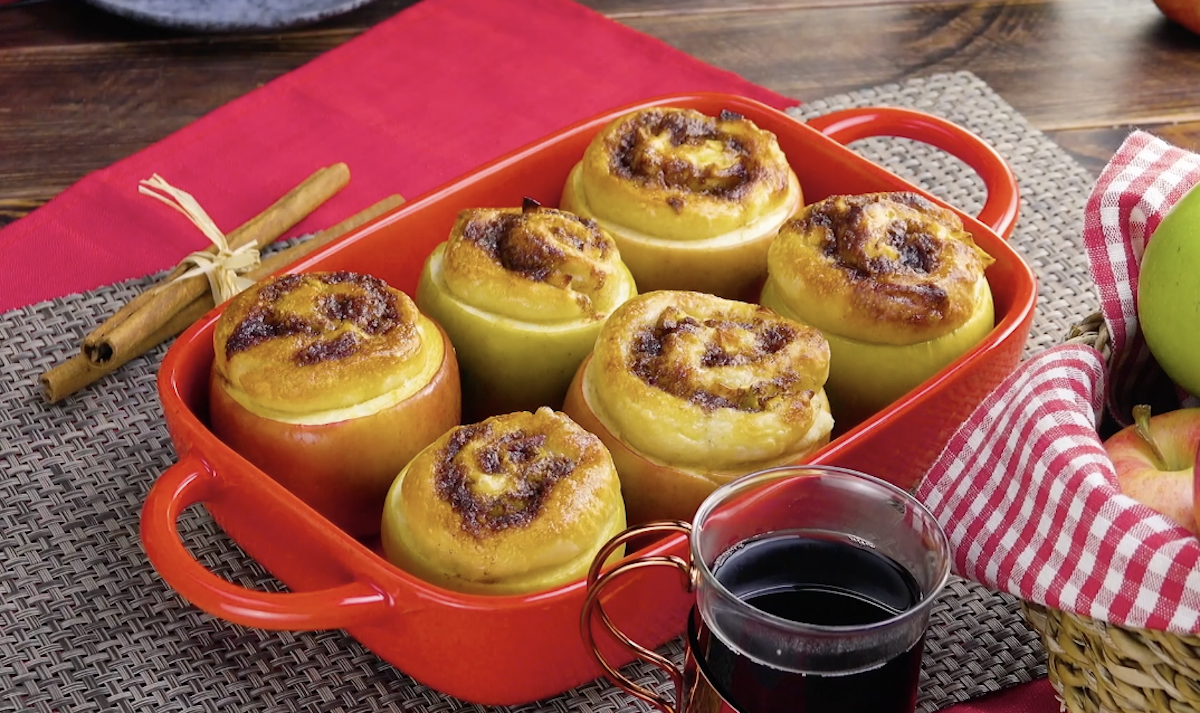 Baked goods are a more important part of everyday life than you might think. They pick you up when you're down, they can help you start your day off on the right track, they can leave your tummy feeling oh-so-happy. Sticky buns, in particular, have that ability, with their fluffy dough, sweet cinnamon sugar filling, and rich caramel pecan sauce. Lucky for you, we've created the ultimate sticky buns – one bite of these and all of your worries will melt away! Get the recipe for the Caramel Pecan Sticky Buns. 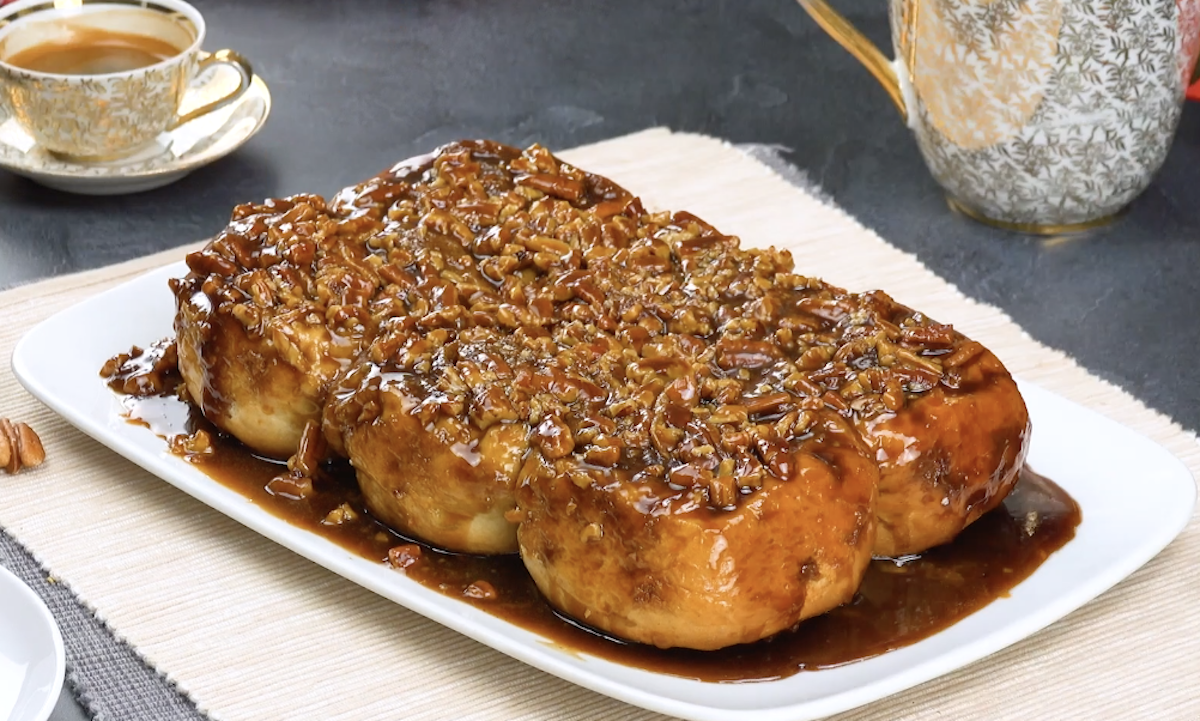 Now that we've shown you the perfect fall treat, all that's left to do is to decide which version of the cinnamon roll is your favorite. Be it XXL, apple-filled, or covered in caramel and pecans, we know you'll find yourself the perfect cinnamon roll!