This the pie recipe to top all others — at least for all fans of apple in combination with cinnamon! It has its roots in traditional apple pies from the U.S. and a type of cinnamon roll popular in Europe. The result is a delicate pastry creation with a spiced, fruity filling that's impossible to resist!

1. First, roll out one of the sheets of puff pastry it comes with, brush on the melted butter, and sprinkle approx. two tbsp of cinnamon on top. Then roll it up tightly from one of the long sides. Refrigerate the roll and repeat the whole process with all the sheets of pastry. 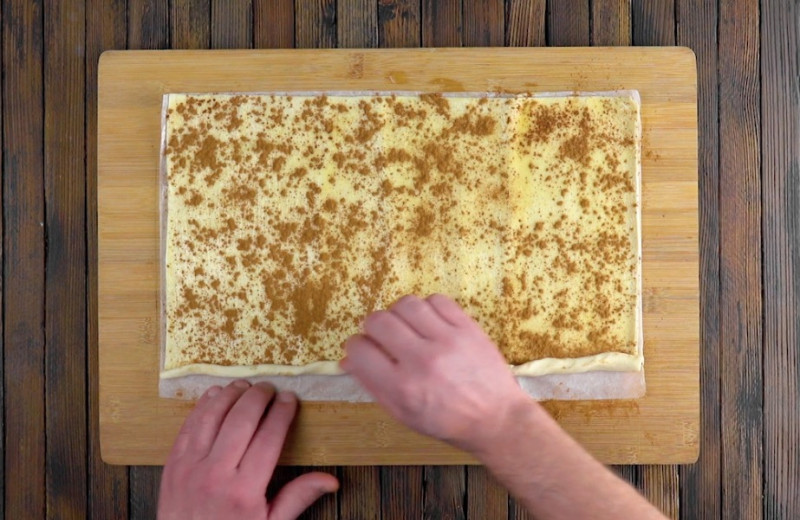 2. Next, cut each roll into about 20 pieces. Line a greased pie dish with the mini cinnamon rolls from two of the pastry sheets. Lay them in the center first and work your way outwards. Press them down in the dish so they stick together and form base for the pie. It doesn't matter if they stick out over the edge of the dish. Then paint the entire thing with egg yolk. 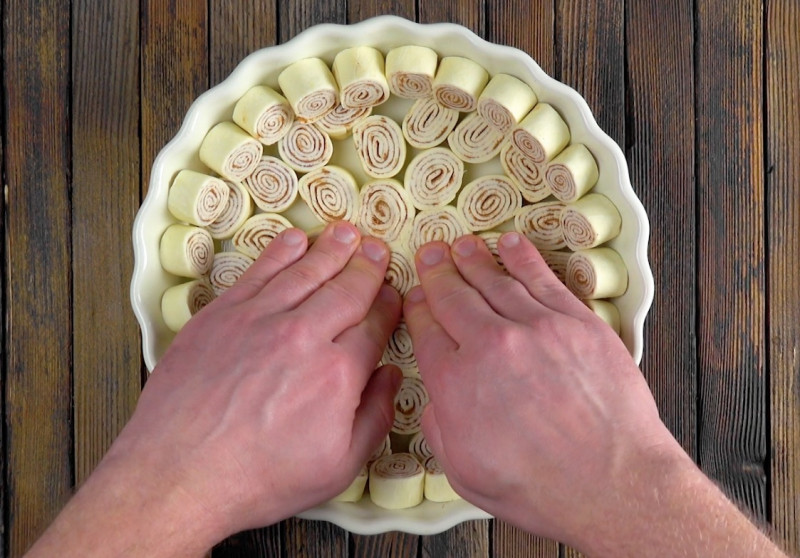 3. Peel the apples and put them into small slices. Sprinkle them with sugar, cinnamon and flour and mix everything together carefully, preferably with your hands. Spread the filling evenly over the pastry base. 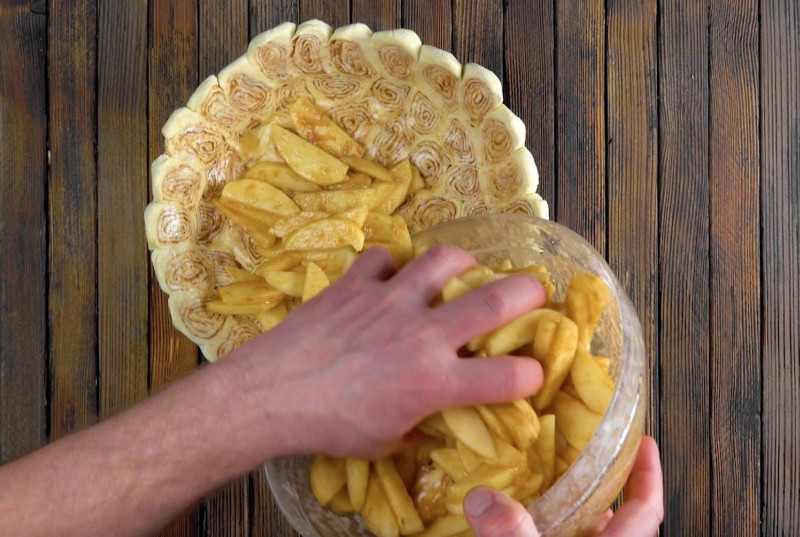 4. Place the other 40 or so rolls in a circular shape on a large sheet of baking parchment. Place a second sheet on top. Use a rolling pin to flatten the cinnamon rolls so they flatten out and stick together. 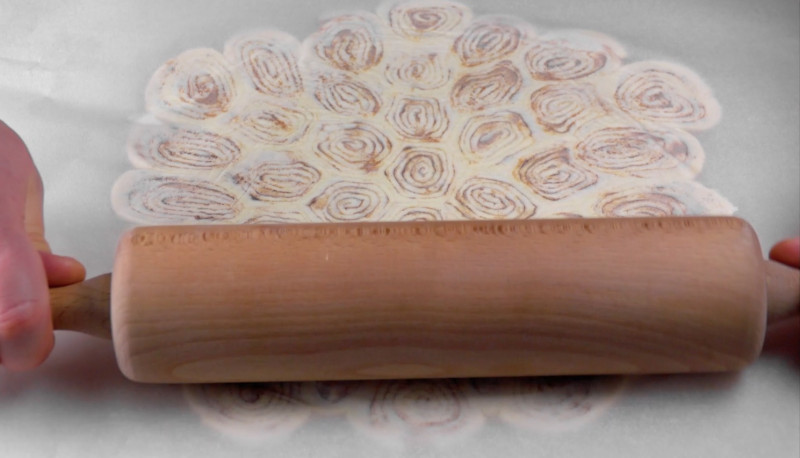 5. Pull off the top sheet then flip the cinnamon roll circle over as a lid for the apple pie filling and gently press it down. Remove the baking parchment and cut away the excess pastry from around the edge. Paint the pie crust with egg yolk. Bake the pie for 40 minutes at 360°F with the heat coming from above and below. 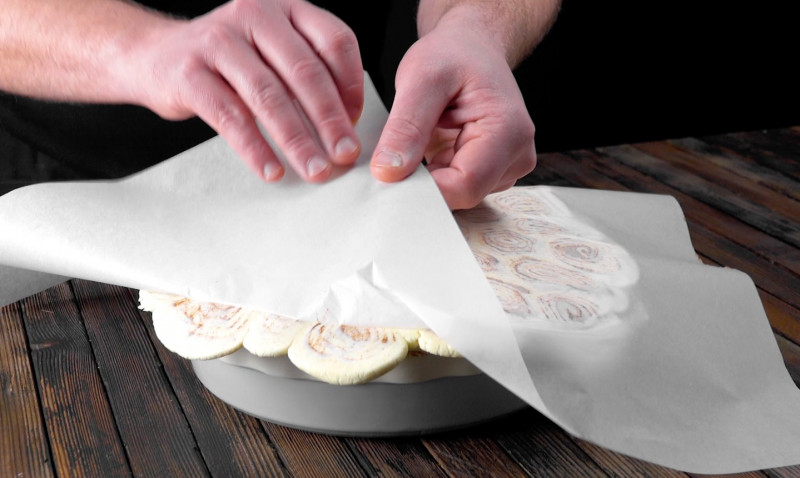 6. While your culinary creation cools down, mix lemon juice with icing sugar to create your icing. You can trail it over the pie using a spoon to create stripes. 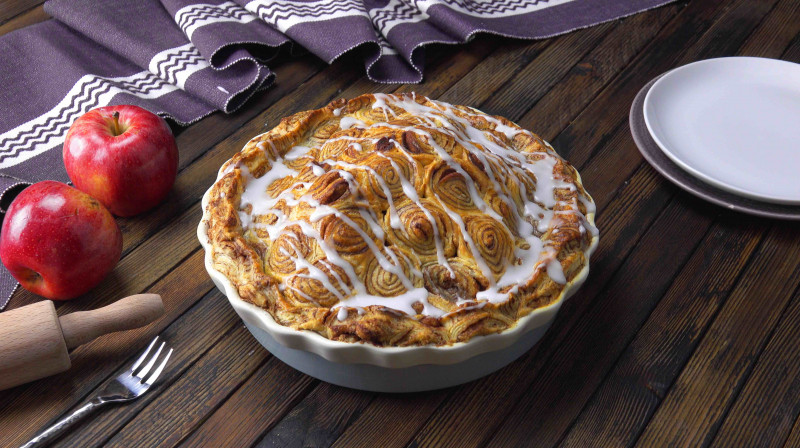 This apple pie recipe is a little different, but why not give it a try? With this lush filling, there's no danger of it being dry. And if you really want to make it a slice of Americana, serve it with whipped cream or vanilla ice cream. And if you're looking for more recipes involving apples and cinnamon, give our Apple Cinnamon Rings a try.