After a while, even the biggest cookie and cake lovers get tired of eating the same old thing. So, we figured we'd switch things up a bit and make something a little different. These homemade twisted doughnuts are filled with the most delicious, creamiest vanilla pudding you've ever had and they're fantastic for breakfast or dessert... or really any time of the day!

For the vanilla pudding

1. Knead the flour, lukewarm milk, melted butter, fresh yeast, sugar, and egg for about 15 minutes until a smooth dough starts to form. Then cover the dough and allow it to rest in the fridge for 4 hours. 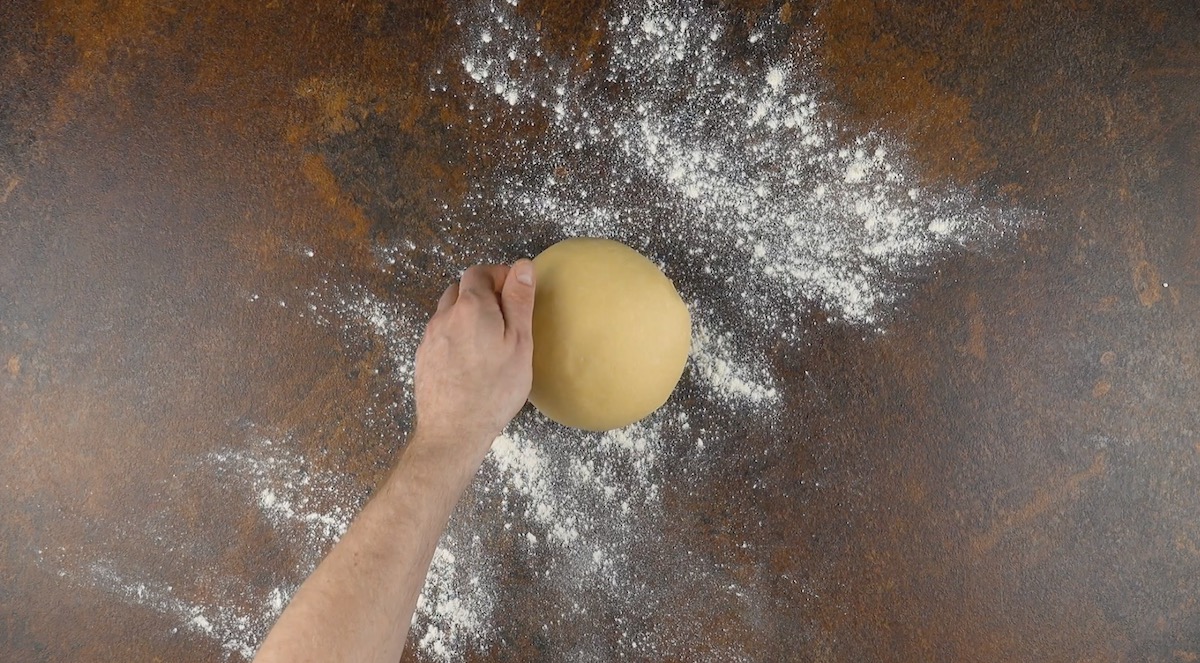 2. For the vanilla pudding, heat the milk, sugar, and contents of the vanilla bean. Whisk the egg yolks with corn starch and add it to the vanilla milk mixture, making sure to stir constantly so you don't get any clumps. Heat the pudding mixture again but don't bring it to a boil. Refrigerate the finished vanilla pudding for 3 hours. 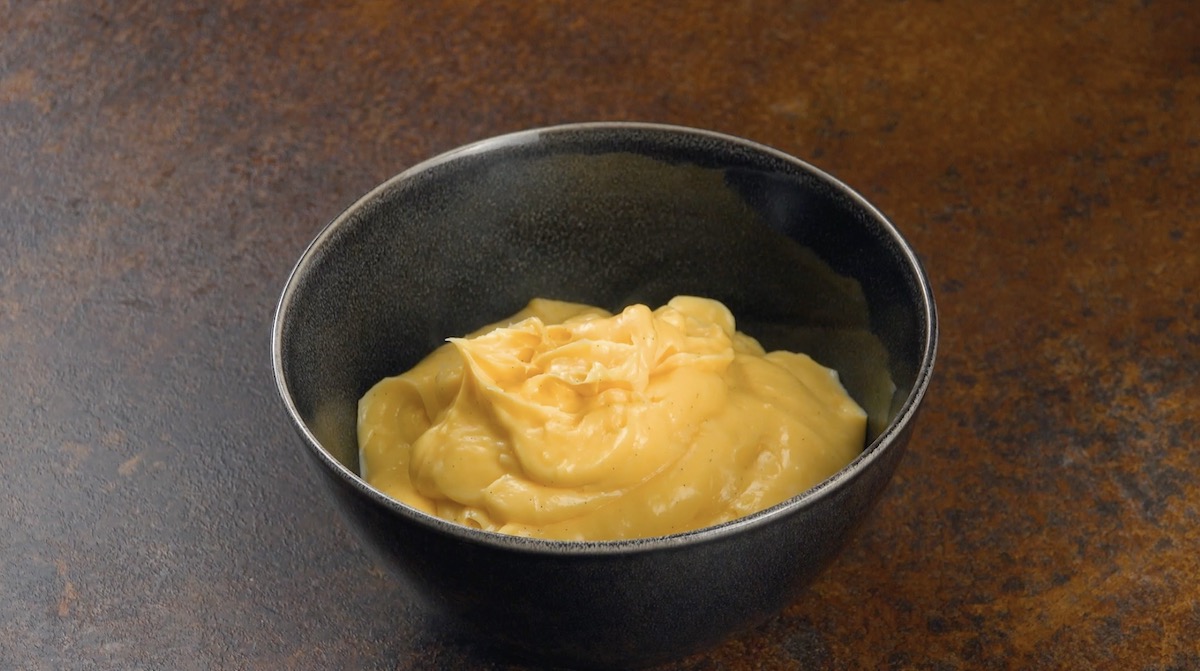 3. Preheat the oven to 350°F and roll out the dough into a ½-inch thick rectangle. 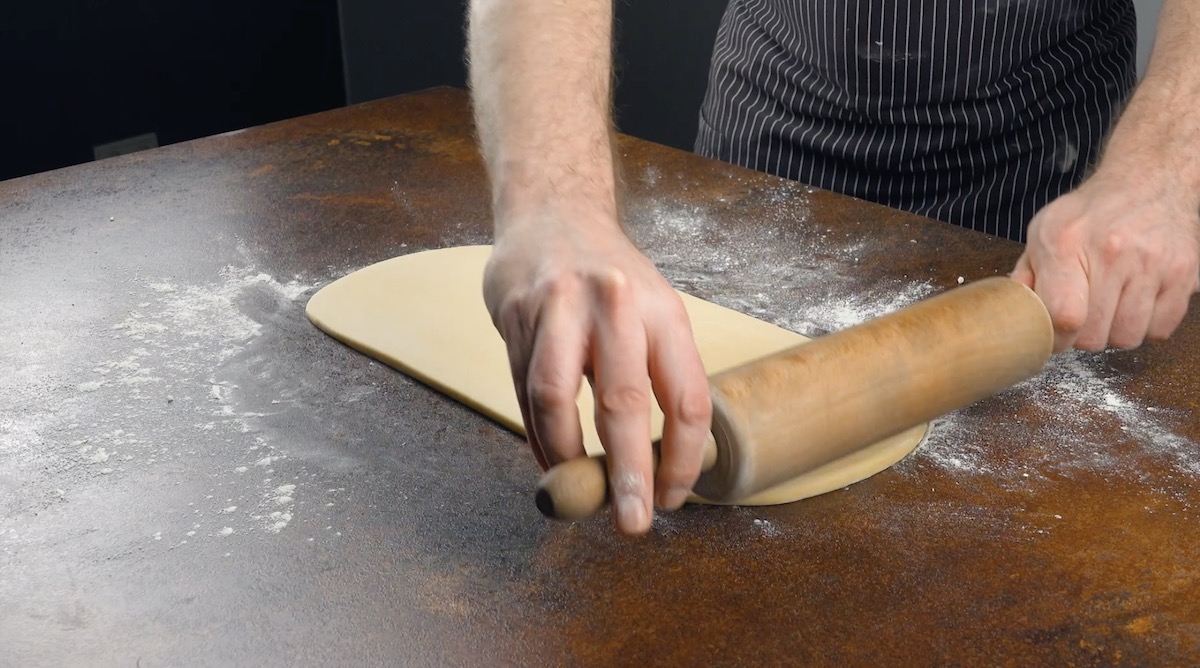 4. Spread the vanilla pudding over the middle of the dough in the shape of a square. 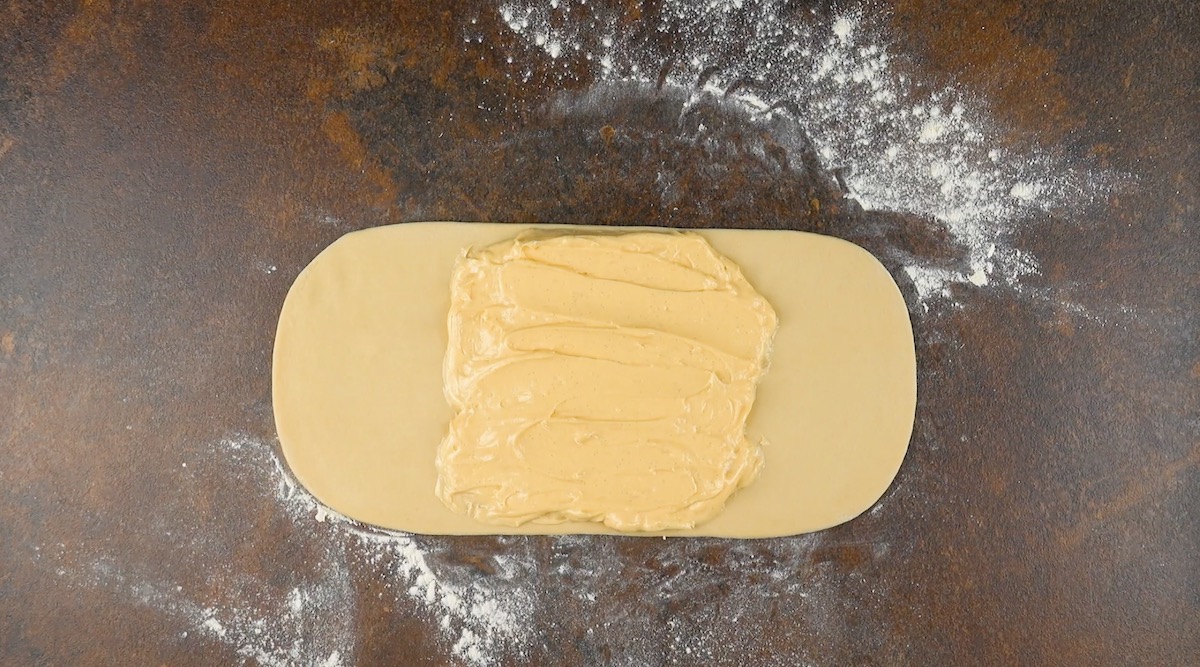 5. Fold in both sides of the dough toward the middle. 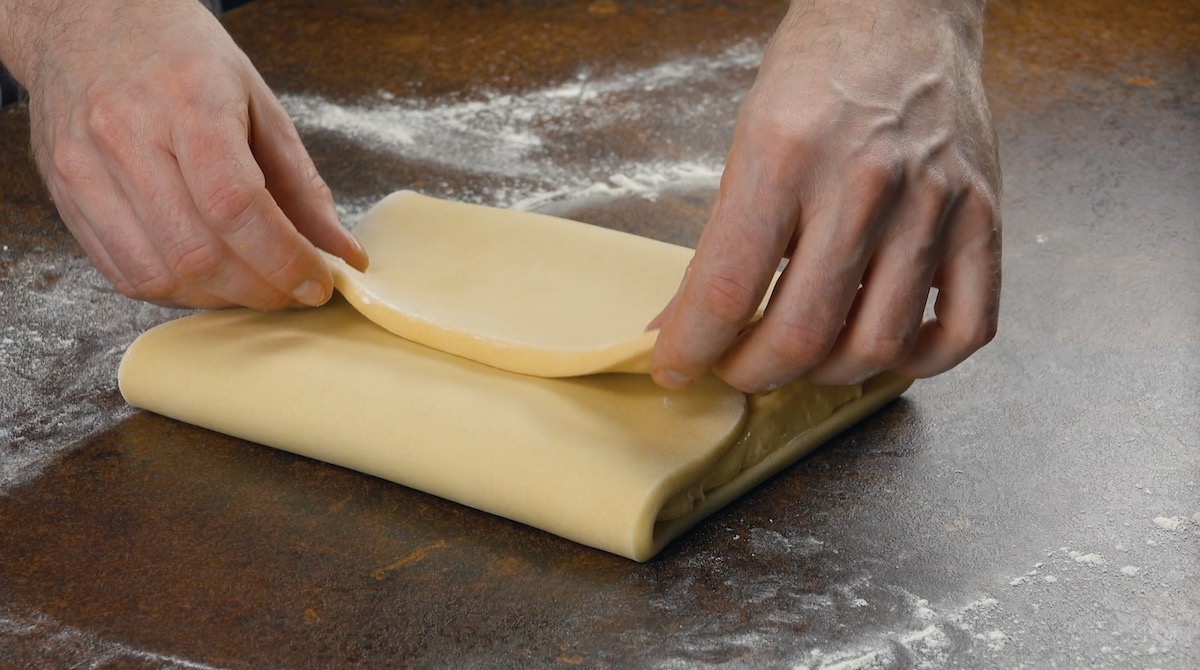 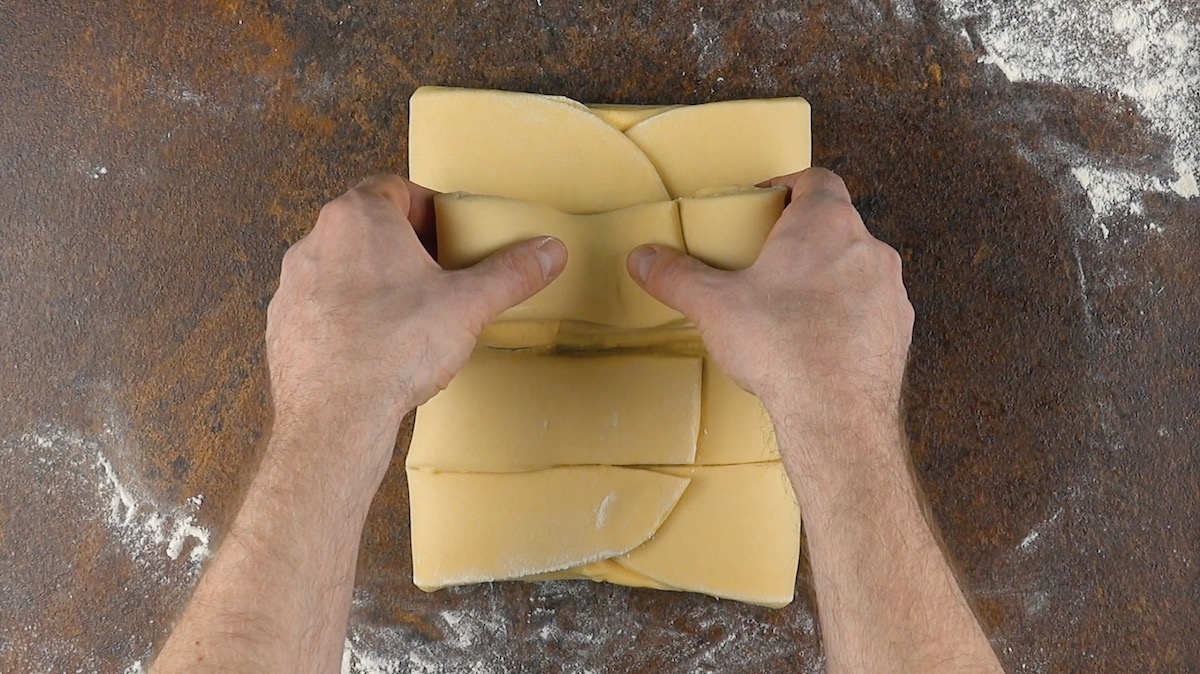 7. Now carefully lift each strip, stretch it out a bit, and then twist it. 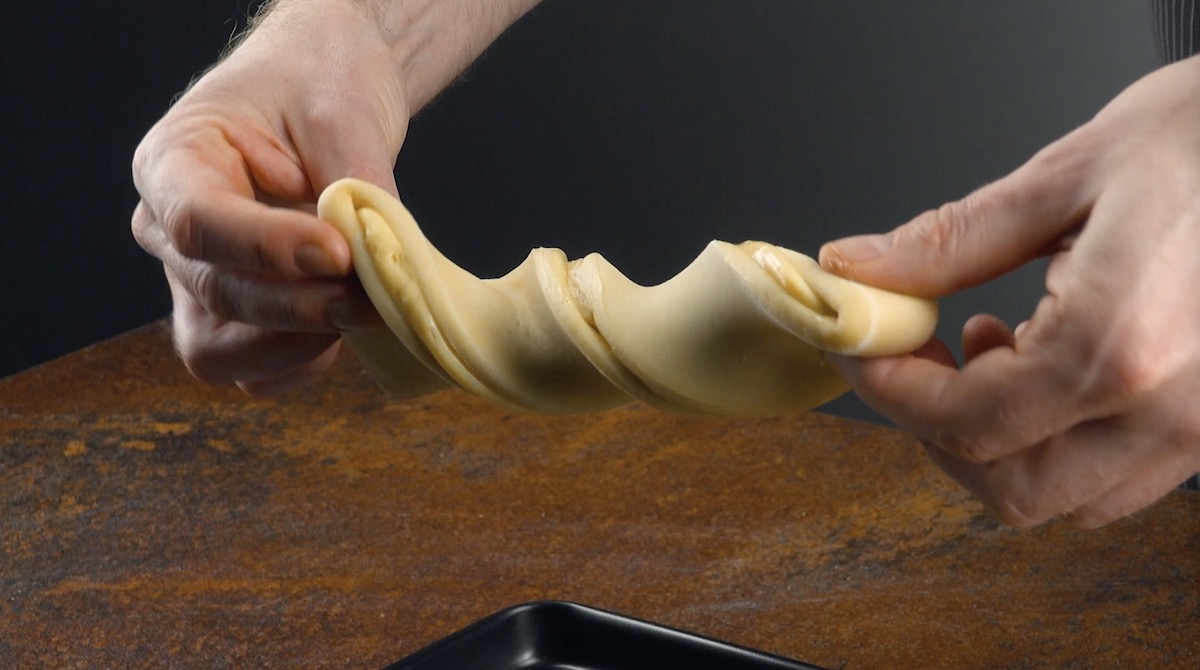 8. Place the twisted dough strips on a sheet pan. Whisk an egg and brush it over the dough strips. Transfer the pan to the preheated oven and bake for 25 minutes. 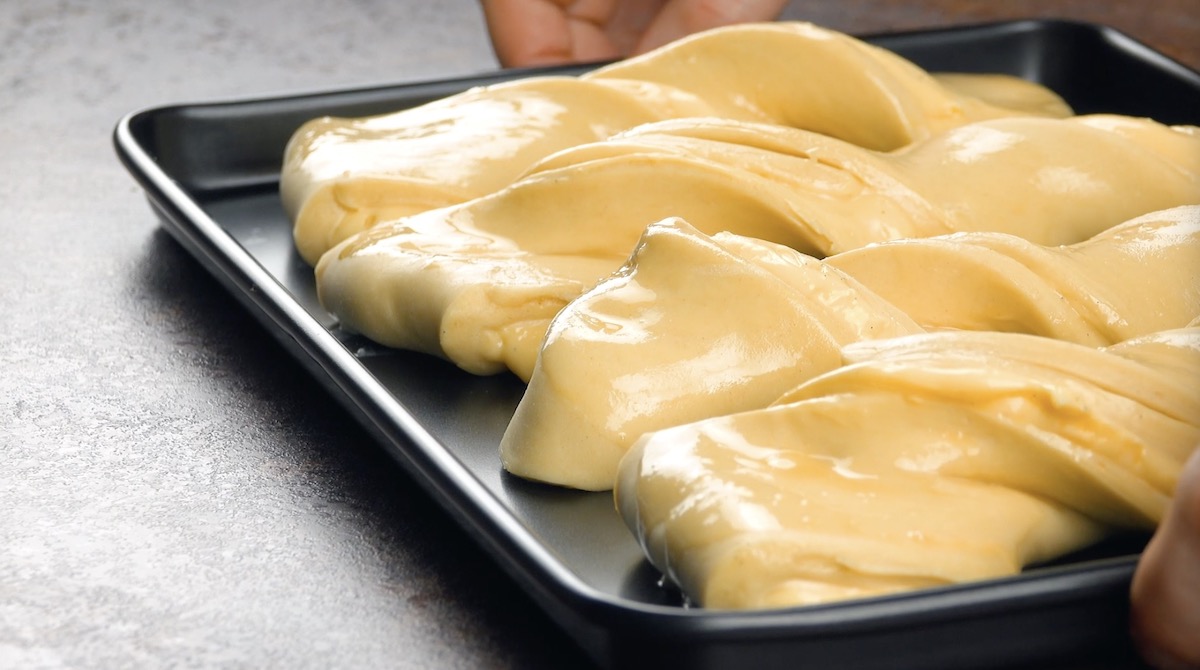 9. Allow the vanilla pudding twist doughnuts to cool after they've come out of the oven. Now mix the powdered sugar and lemon juice and brush the icing over the doughnuts. Wait until the icing has set and then serve your baked goods. 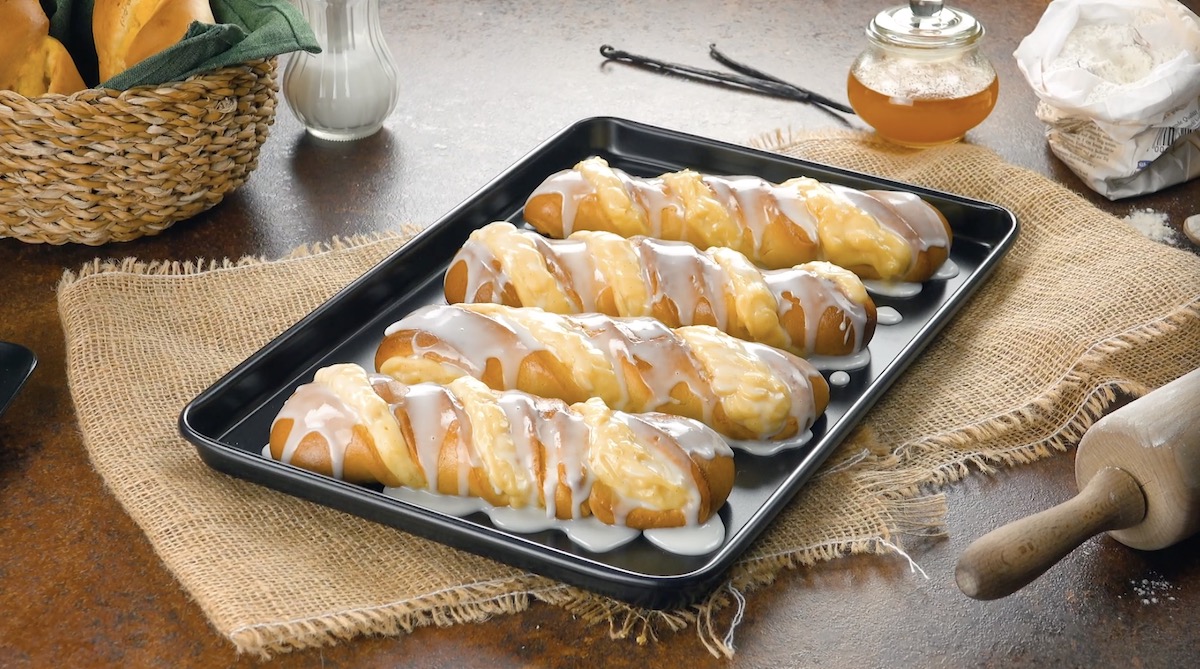 If you're pressed for time, you can also use store-bought dough and vanilla pudding to make these. They're still going to be delicious. But nothing compares to baked goods that are made from scratch, and all that effort is not only going to result in tasty doughnuts, it's also a very therapeutic thing to do. You'll be so focused on recreating this recipe, you won't have time to worry about anything else!

Get the recipe for the Apple Pudding Pie featured in the bonus video.