You're probably very familiar with deep-fried potatoes, but that serving technique is usually reserved for snacks like french fries or chips. You've probably never eaten fried potatoes quite like this before! Instead of keeping the potatoes on the sideline as a snack or side dish, we decided to make them the base for an amazing new meal. The potatoes get cut in half and hollowed out, deep fried, stuffed with homemade meatballs and cherry tomatoes, placed on a bed of delicious tomato sauce, and served alongside roasted peppers. These potato boats are so hearty and delicious, they'll help you float through the colder months ahead without a care in the world!

For the tomato sauce:

For the potato boats:

1. For the tomato sauce, heat some vegetable oil in an oven-safe skillet and sweat the onions and garlic in it. Deglaze the skillet with the diced tomatoes, then season the sauce with salt, pepper, and chopped parsley. 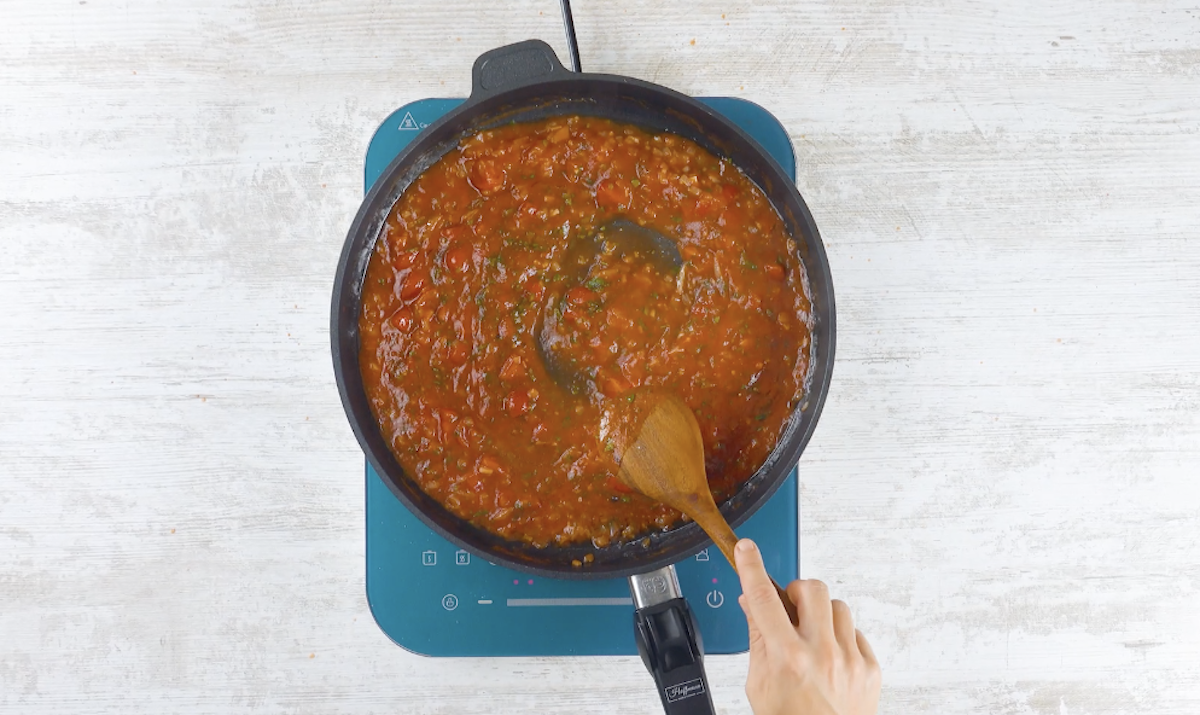 2. For the potato boats, peel, boil, and drain the potatoes. Let them cool, then cut them in half and scoop out deep wells in the center of each half. Heat a pot filled with cooking oil to 325°F and deep fry the potato halves on both sides until they turn a light golden color. 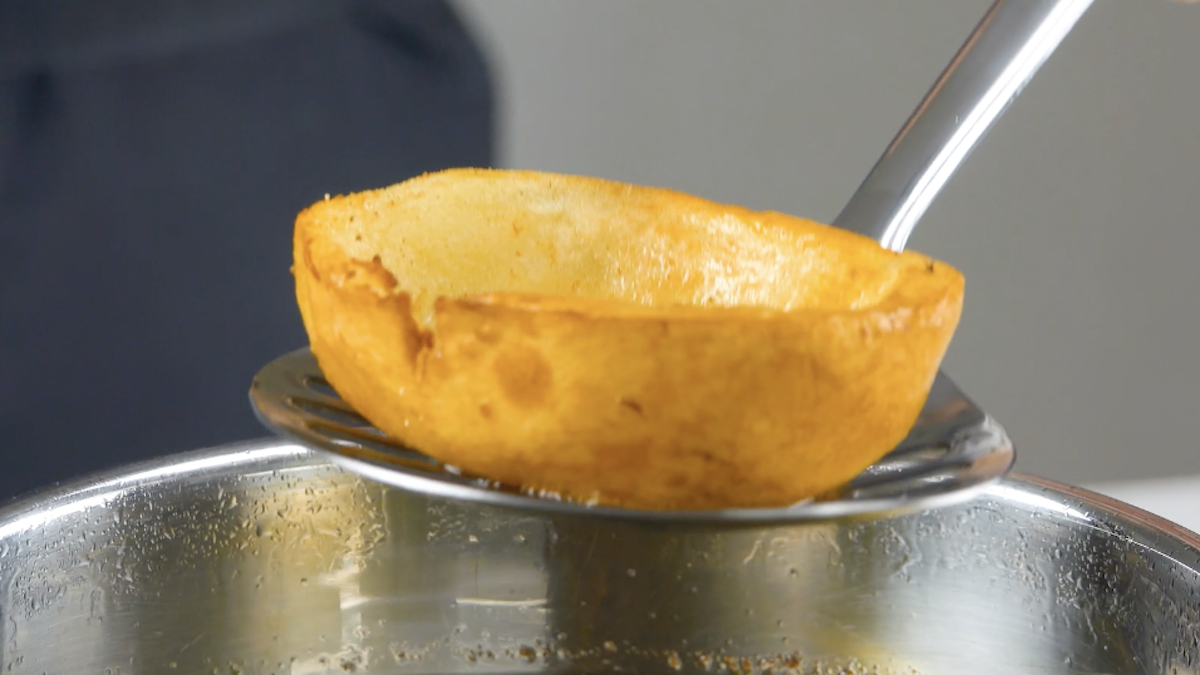 3. Preheat the oven to 400°F. For the meatballs, put the ground beef, breadcrumbs, chopped parsley, egg, salt & pepper into a sealable plastic bag. Seal the bag shut and knead the mixture until all of the ingredients are combined. 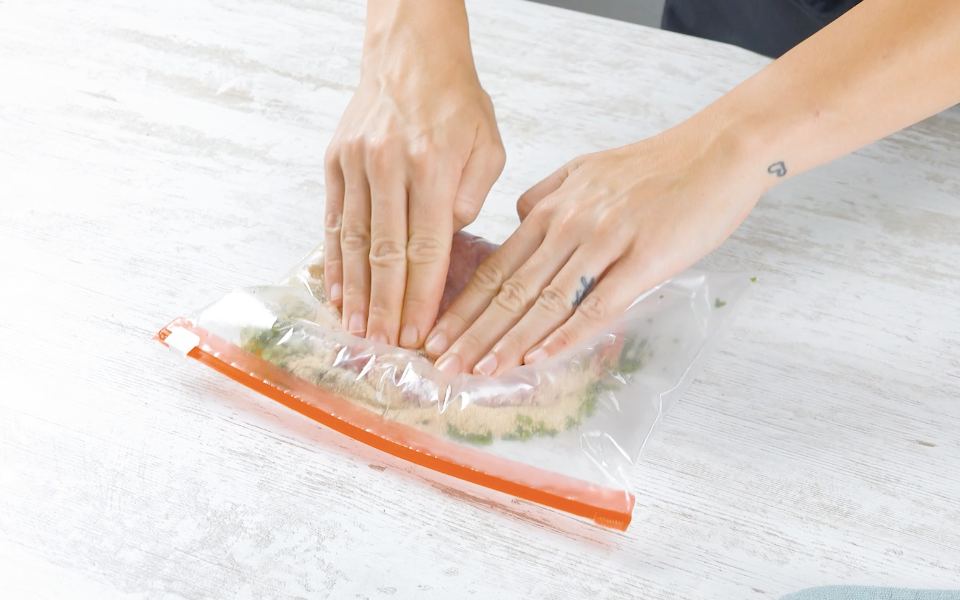 4. Heat a small amount of vegetable oil in a frying pan and cut 1 corner off of the plastic bag, turning it into a piping bag. Pipe small meatballs out of the bag and use scissors to cut them so that they fall directly into the frying pan. Cook the meatballs until golden brown and cooked all the way through. 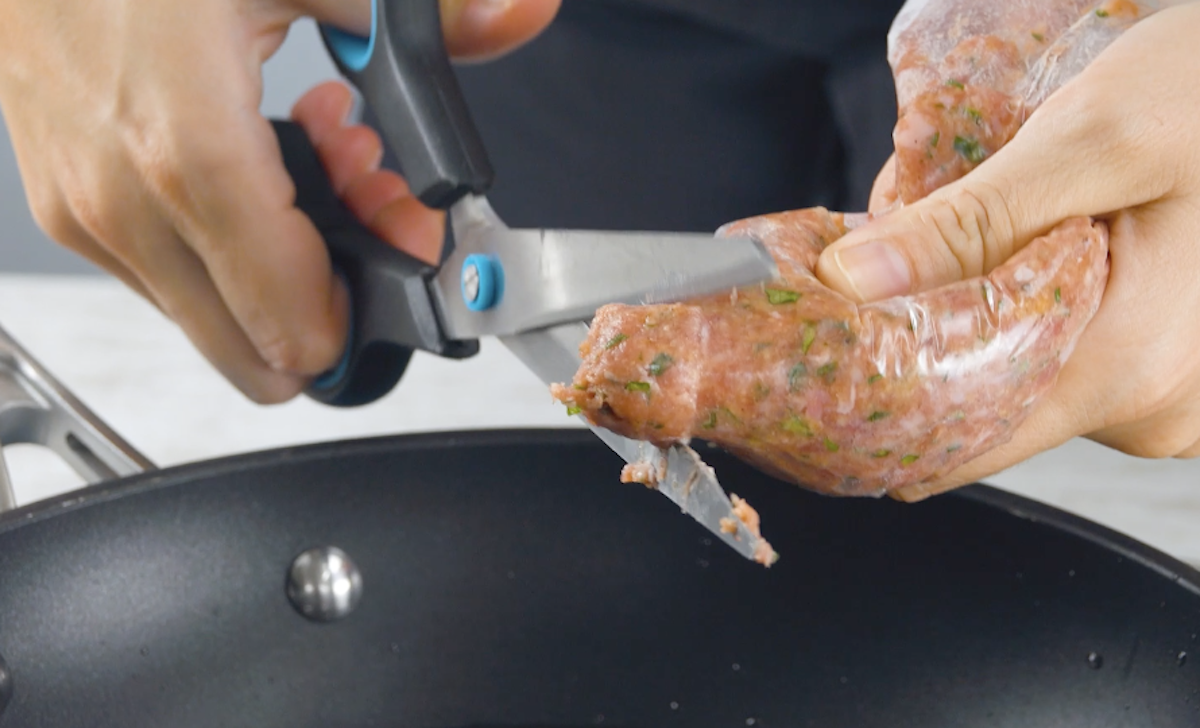 5. Place the fried potato boats in the oven-safe skillet on top of the tomato sauce. Sprinkle half of the grated cheddar cheese on the potato boats. 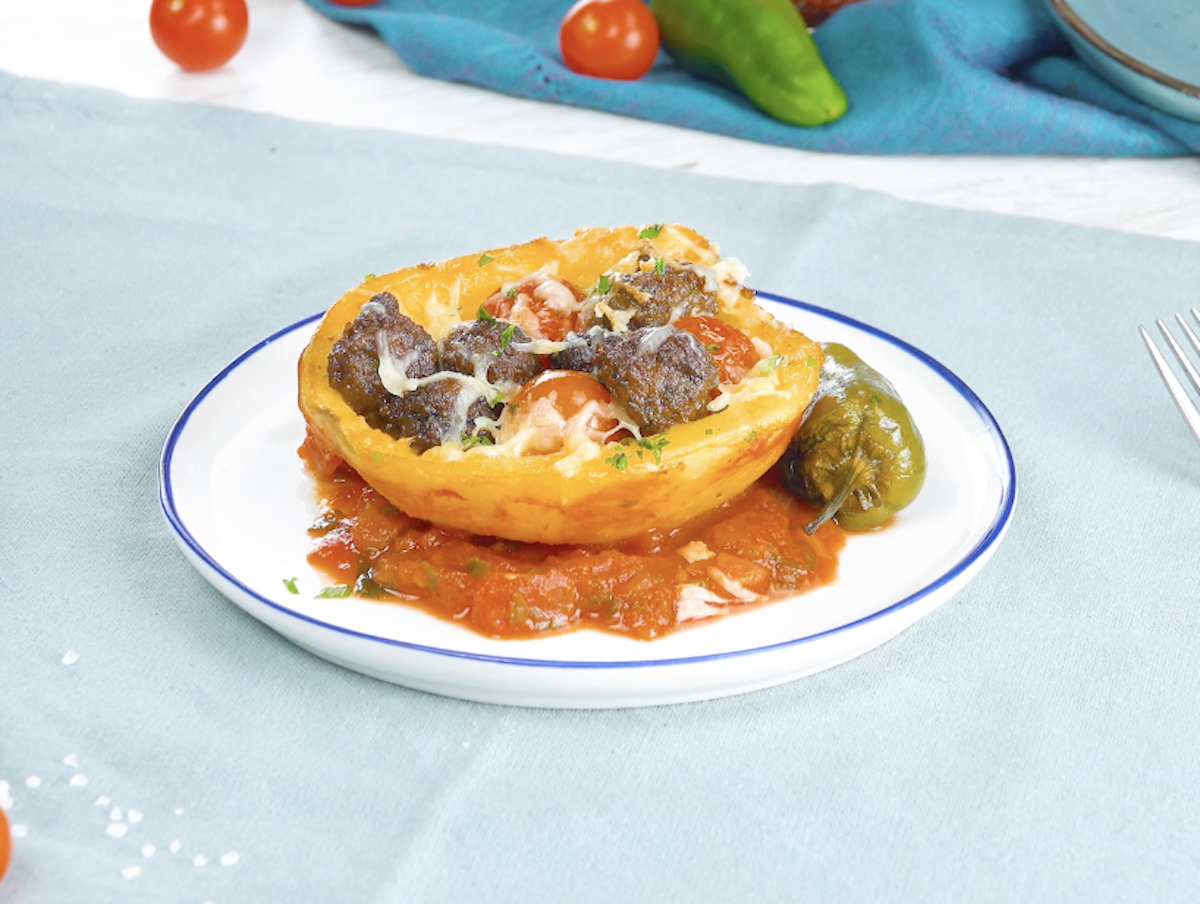 These deep-fried potato boats are a delicious new way to eat potatoes. Plus, this quick & easy recipe is a fun way to serve an amazing meal to the whole family!

Get the recipe for the Hash Brown Boats & Sausage Dippers featured in the bonus video.