Share on Facebook Save on Pinterest
Smothered, covered, or chunked, we all love hash browns. But if you're like us and want to get a little experimental from time to time, instead of topping your hash browns, why not stuff them instead? We've come up with this delicious stuffed hash browns recipe to whet your appetite for the unknown. With shredded chicken and cream cheese stuffed inside a blanket of crispy hash browns, this is one dish you're sure to want 24 hours a day!

1.  Grate the potatoes and squeeze out the liquid with a clean dish towel. 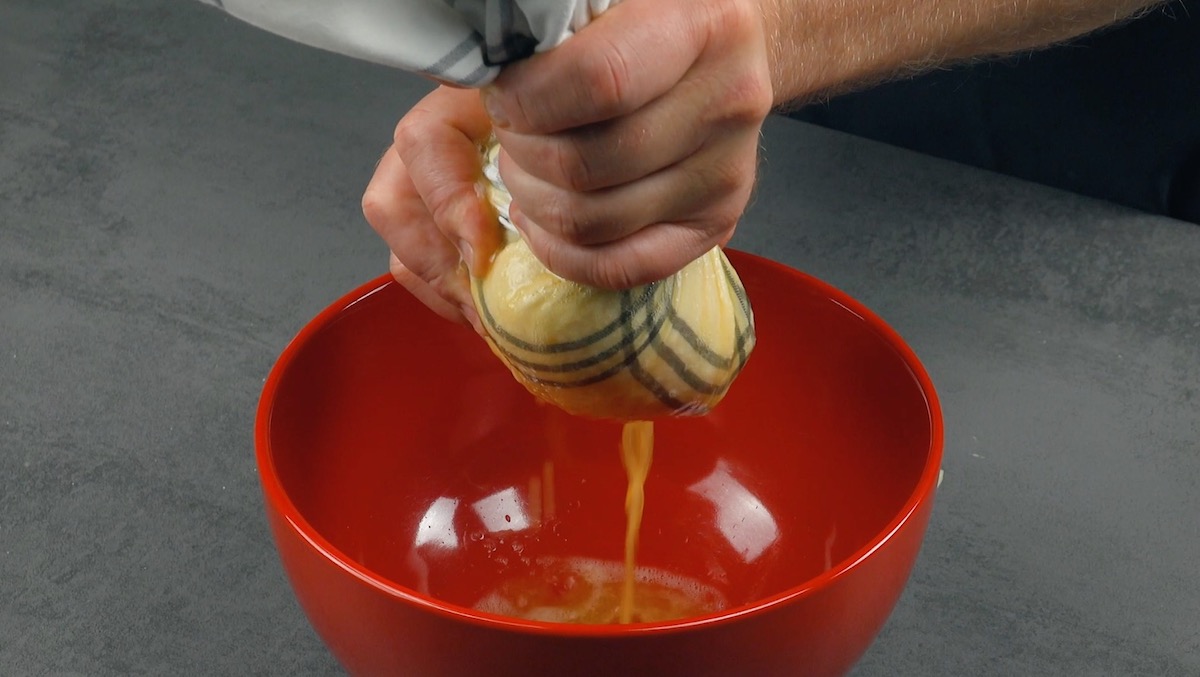 2. Shred the cooked chicken breast and heat the olive oil in a pan over medium heat. When the oil is hot, grate the garlic cloves into the oil to fry for no more than a minute. Add the shredded chicken and season with the paprika, salt, and pepper. Mix in ⅔ of the cream cheese, the heavy cream, and a handful of the scallions, and leave on low heat to cook through. 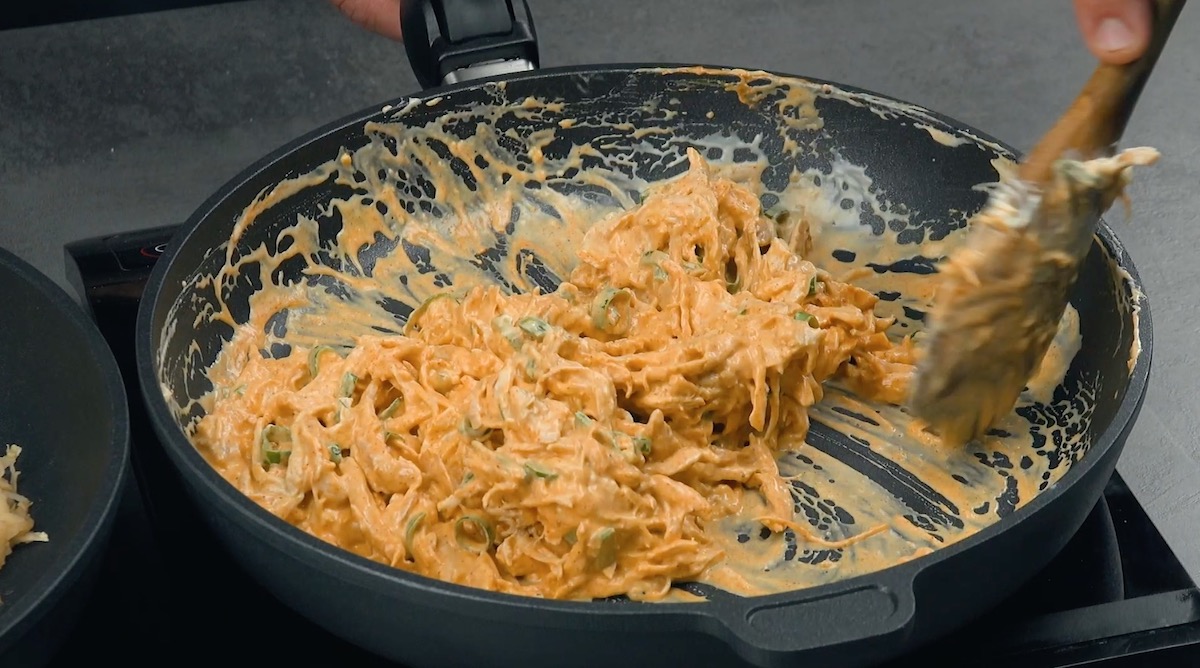 3. In the meantime, season the grated potatoes with salt and pepper. Melt a pat of butter in a hot pan and add half of the potatoes, making sure they form an even layer. 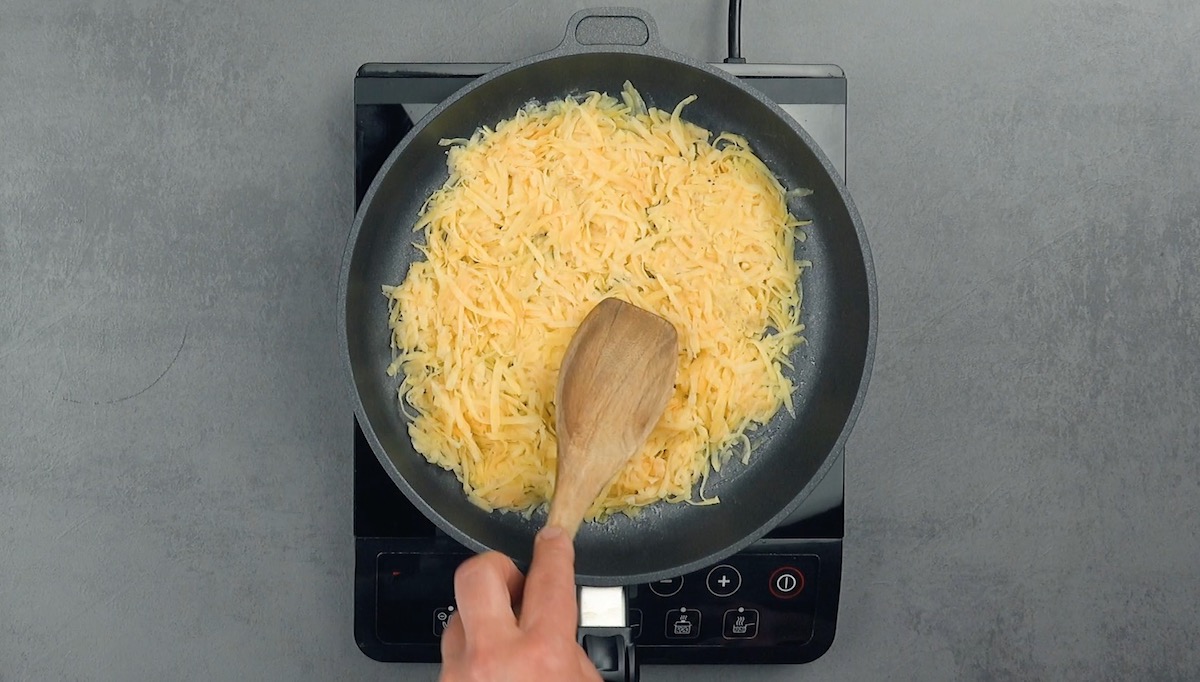 4. Layer the chicken mixture on top of the potatoes. 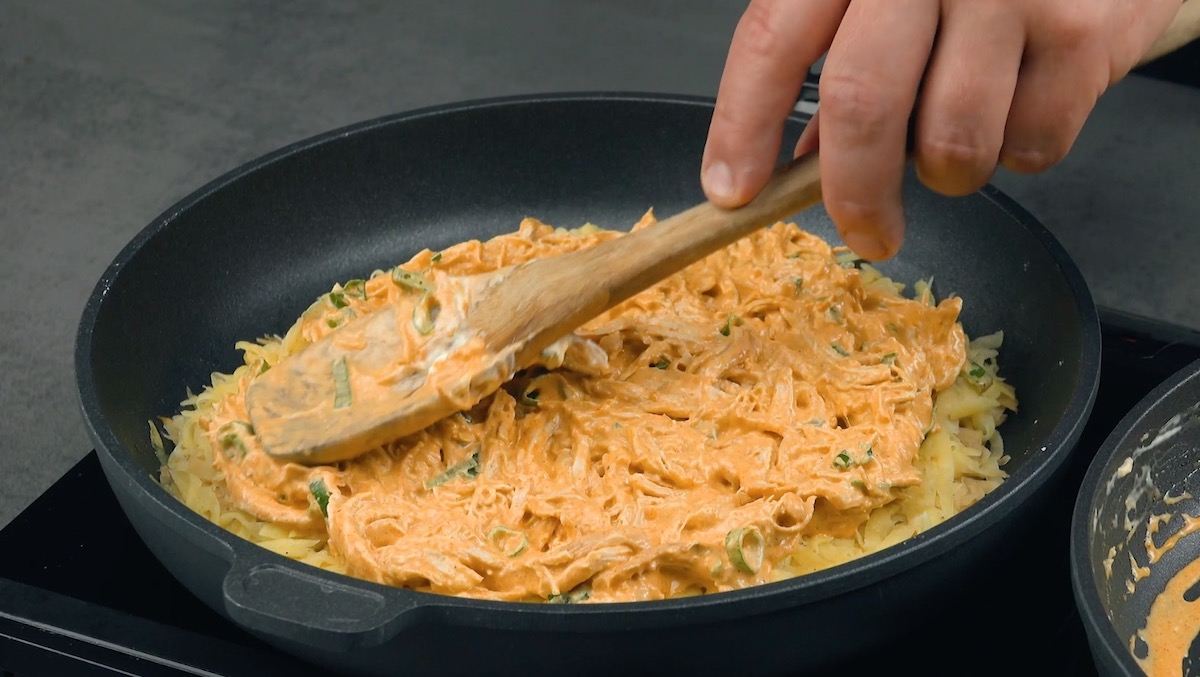 5. Layer the remaining cream cheese on top of the chicken. 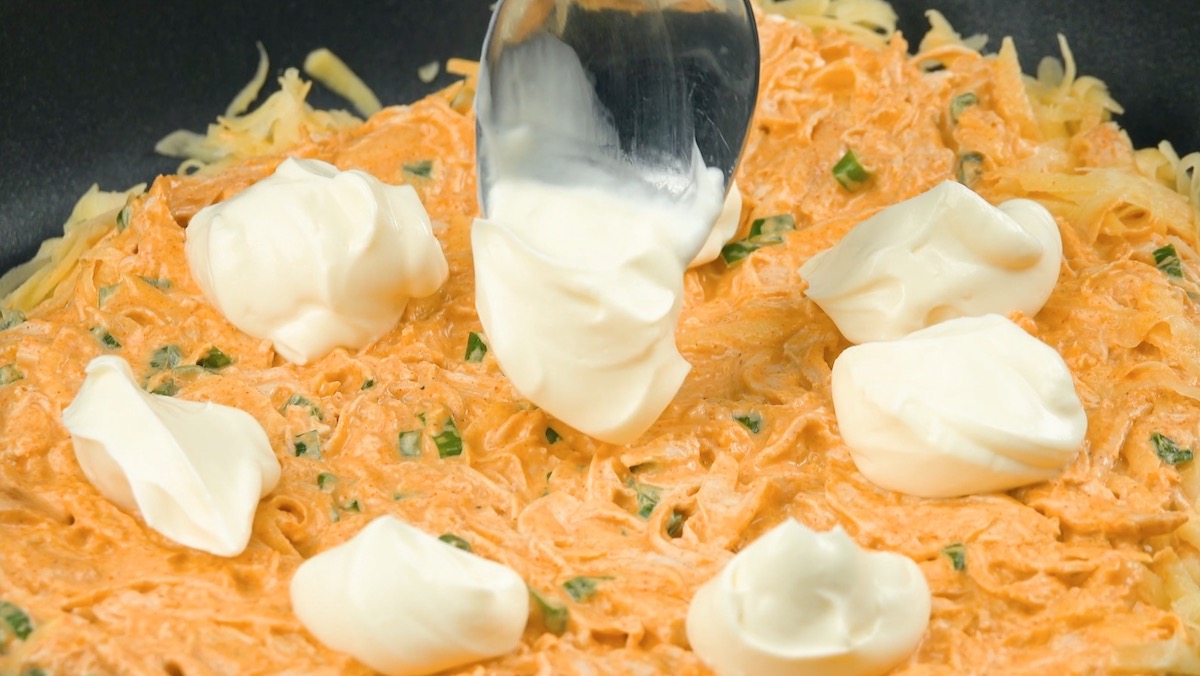 6. Cover the chicken and cream cheese with the remaining half of the potatoes, then fry the hash browns until the one side is golden brown. Meanwhile, wash out the pan you cooked the chicken in, place it back on the heat, and melt another pat of butter in the pan. In one quick motion, flip the hash browns from one pan to the other. Repeat if necessary until both sides are golden brown and crispy, then garnish with the remaining chopped scallions. 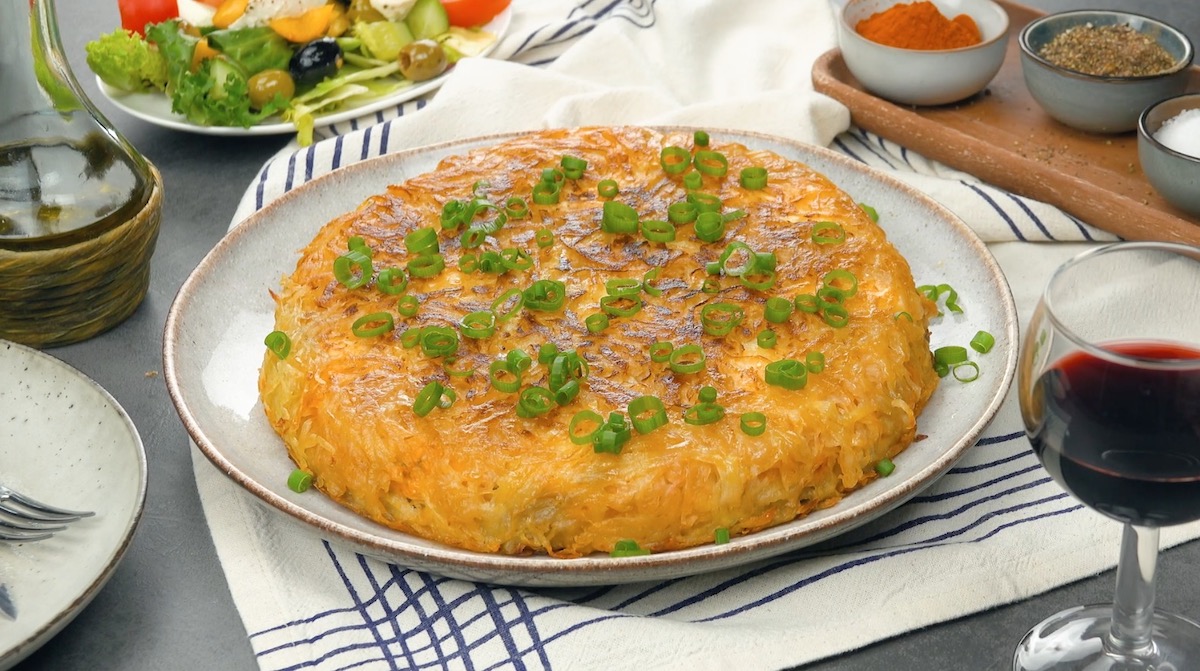 It's different, sure, but this is one plate of hash browns you'll never forget. If chicken and cream cheese isn't your thing, go nuts with your own filling ideas. Ham and cheese, tomatoes and mushrooms – there's a whole world of options!

Get the recipe for the Chicken Leg Pie featured in the bonus video.