There can't be very many people on this planet that don't appreciate homemade pizza. Homemade always beats delivery or frozen, not just because it actually tastes much better than other offerings, but also because of the sense of accomplishment that comes with making pizza from scratch. Still, it doesn't hurt to change things up a bit every once in a while, so for this recipe, we've decided to put the pizza dough on top of the toppings. Sounds strange, right? Just hear us out. It's the same technique that's used to make Tarte Tatin, the classic French apple pie. You just turn over the cast-iron skillet once the pizza's done baking and you get the most delicious pizza ever. Open up your life to unorthodox pizza-making methods, and you will be rewarded!

For the pizza dough:

1. First, prepare the dough. Put the flour and salt into a bowl. Pour the lukewarm water into a glass and dissolve the fresh yeast and sugar in it. Then add the mixture to the flour and salt in the bowl. Use a stand mixer to knead everything into a smooth dough, transfer the dough to a greased bowl, and let it rise in a warm place for about 45 minutes. 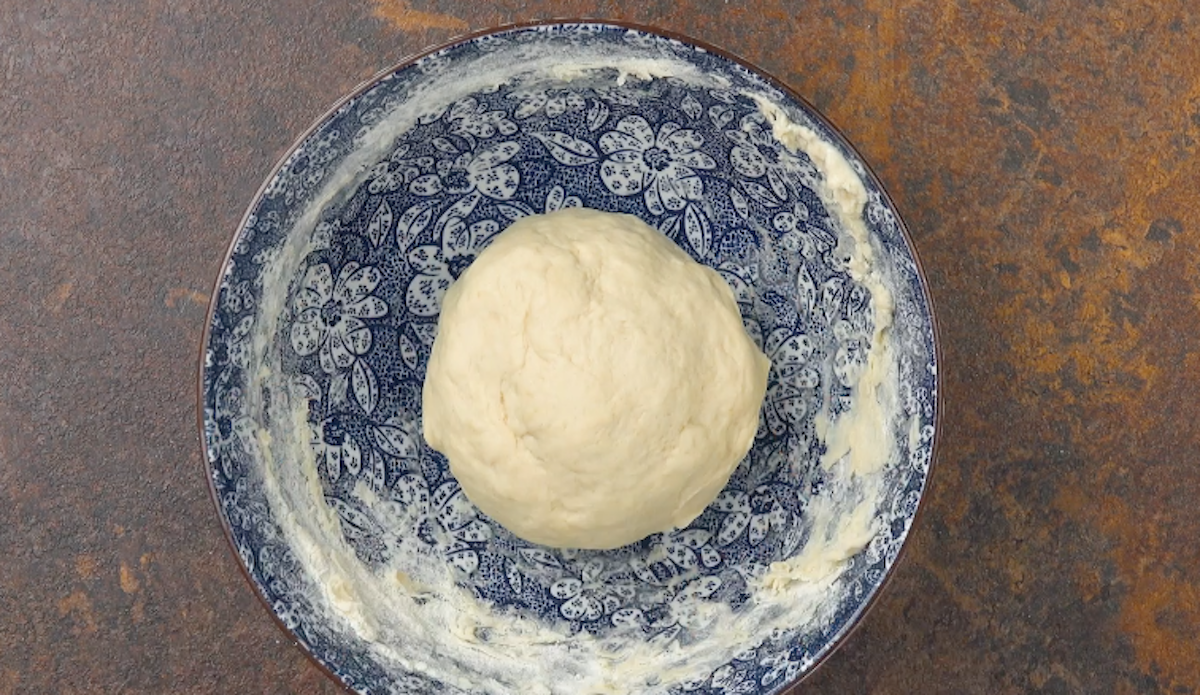 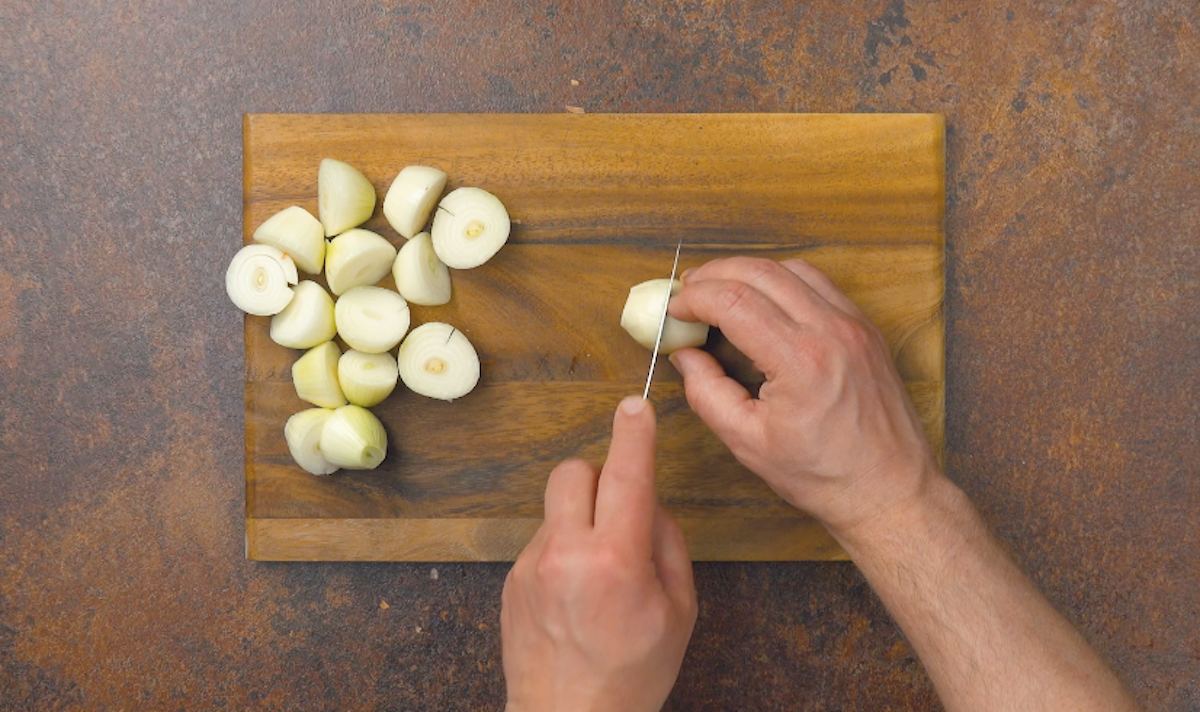 3. Core the bell peppers and slice them into ¾-inch thick rings. 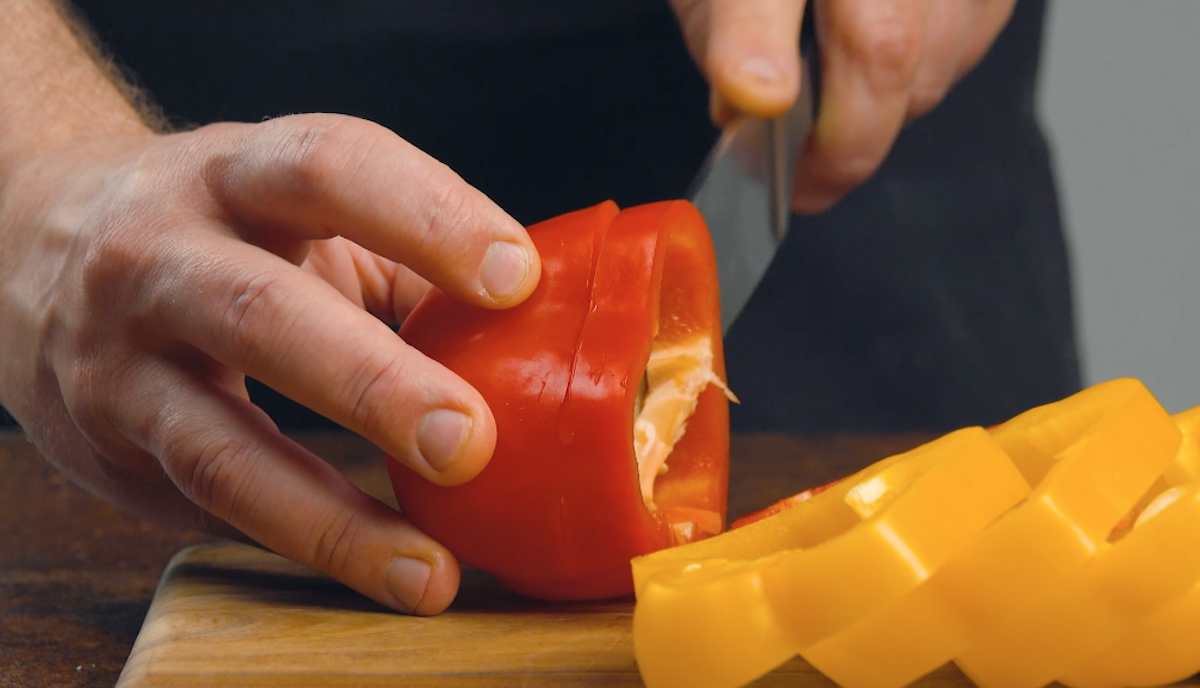 4. Melt the butter in a cast-iron skillet and place the bell pepper rings in it. 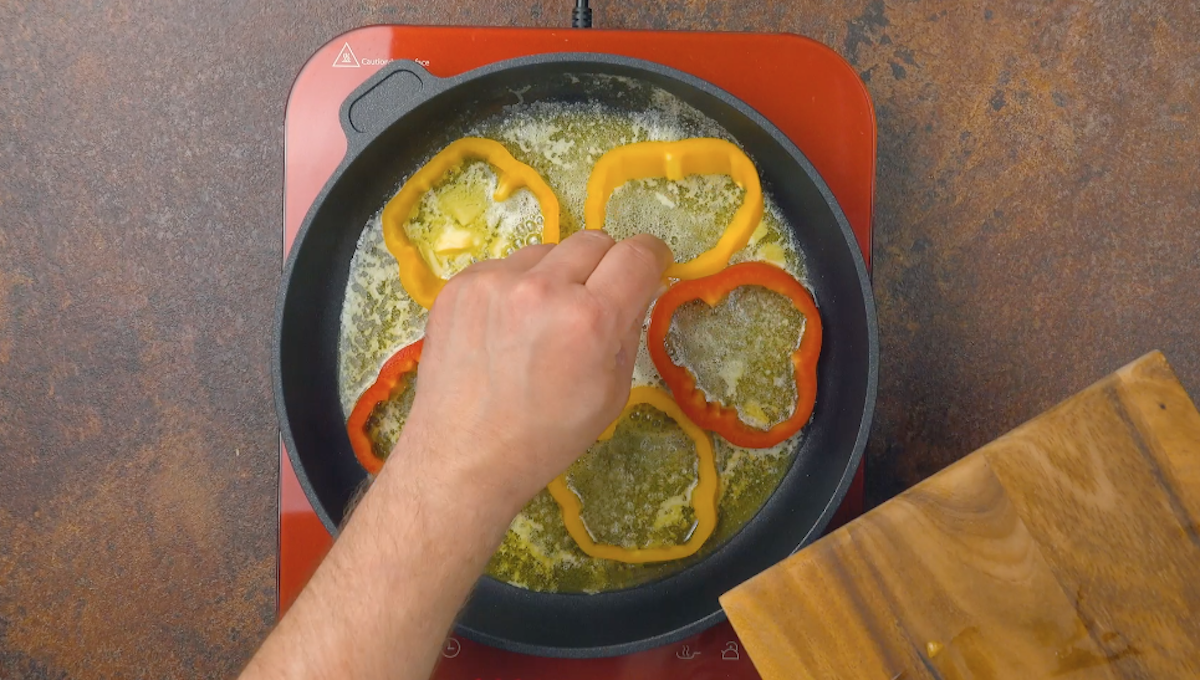 5. Now place the halved onions with the trimmed edge facing down in the skillet (inside and outside the rings). Make sure the skillet doesn't get too hot so the butter doesn't burn.

6. Now spread the finely minced garlic, rosemary, thyme, balsamic glaze, and shredded cheese in the skillet. Season everything with salt and pepper. 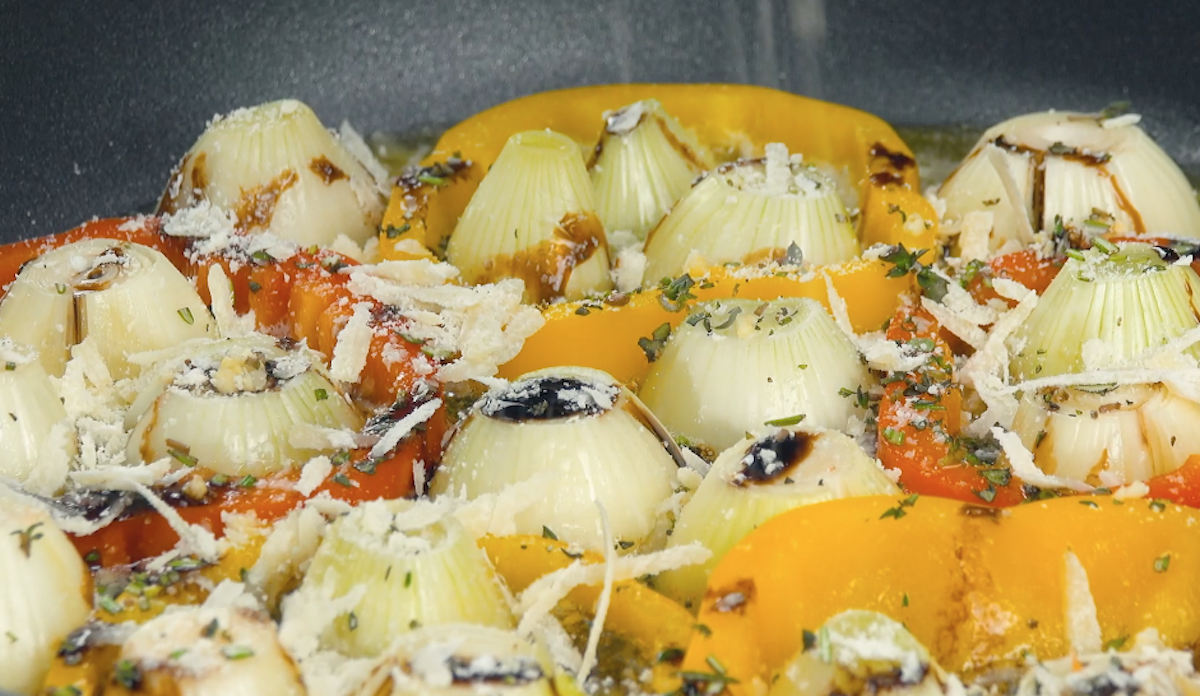 7. Knead the dough once again and divide it in half (it's enough to make 2 pizzas). Roll it out into a circle and place it on top of the bell pepper rings and onions in the skillet. Now put the skillet on the bottom rail of the oven at 425°F and bake it for 8-10 minutes. Turn the pizza over onto a plate while it's still hot and garnish with crumbled feta and chives. 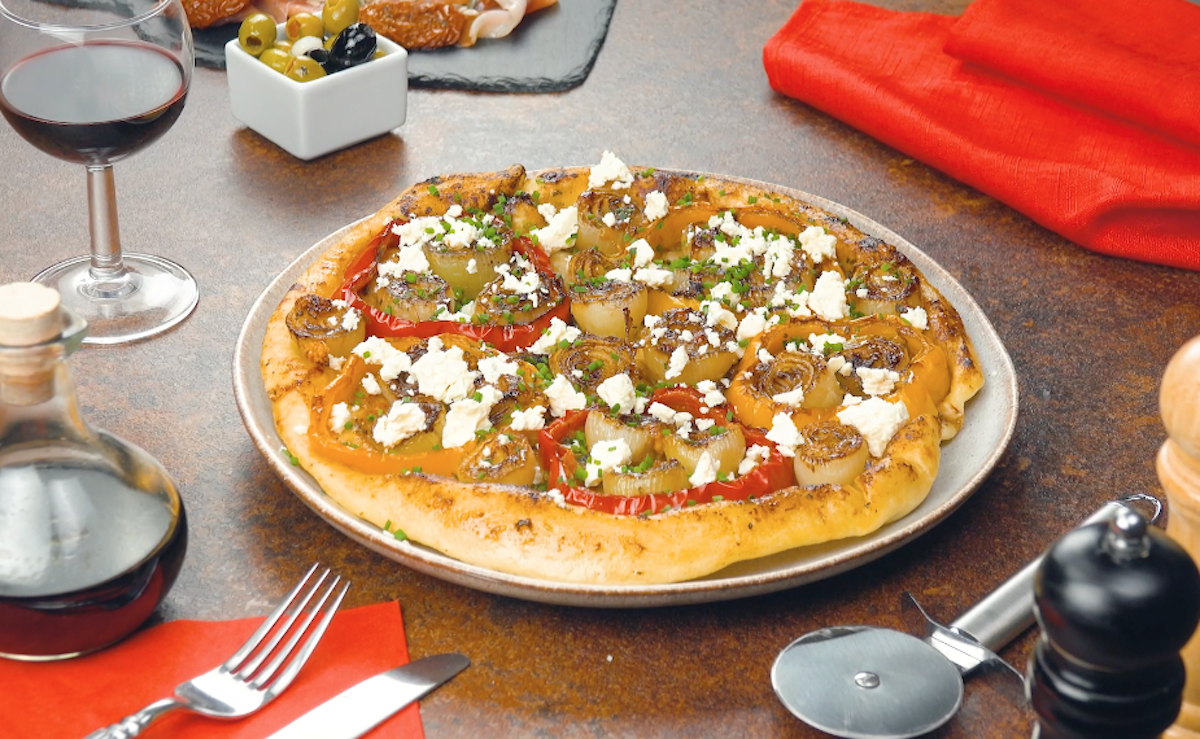 Isn't this the quirkiest way to make pizza you've ever seen? And the results are nothing if not yummy - all that garlic and feta, get out of town! This goes to show once again that making pizza from scratch is ALWAYS the way to go. Buon appetito!

Get the recipe for the Salami & Mushroom Pizza Bowl featured in the bonus video.