Pizza is life. A humble product that traditionally consists only of dough, tomato sauce, cheese, and basil, this Italian pie has conquered the world and the world hasn't been the same since. But there's so much you can do when you allow yourself to play with the basic formula. For instance, you can veer from the traditional recipe and come up with completely new and exciting ways to make everyone's favorite circular food. That's why there's creations like the Insta-worthy hot dog pizza or sushi pizza. But have you ever seen a pizza spiral? One that's made out of ground beef and mashed potatoes, with two creamy sauces and a hearty helping of cheese on top? Will it hold up to the mighty pizza standards? See for yourself!

For the ground beef mixture:

For the mashed potatoes:

For the bechamel sauce:

1. Preheat the oven to 350°F. Add the ground beef, paprika, parsley, torn up white bread (it's best to soak the white bread in water or milk and then squeeze out the liquid), salt, and pepper to a bowl and mix everything together. Spoon the mixture into a piping bag. 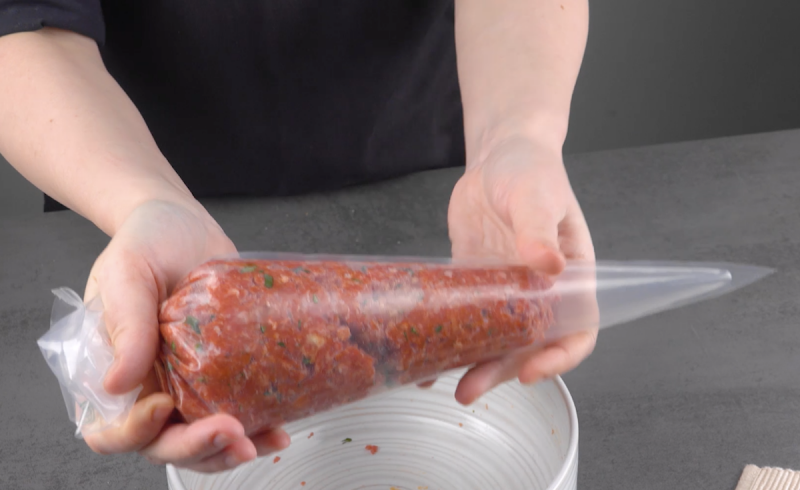 2. Boil the potatoes and put them in a mixing bowl. Add nutmeg, salt, and eggs, mash until smooth, and spoon the mixture into a piping bag. 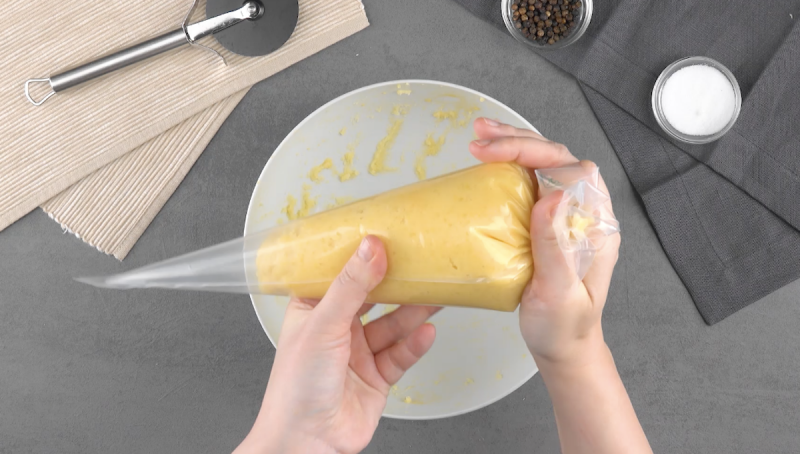 3. Now get started on the bechamel sauce. Melt the butter in a saucepan and add the flour. Stirring constantly, add milk and salt and let the sauce simmer until it starts to thicken. Stir in the shredded mozzarella at the end. Heat some oil in a 9-inch cast-iron skillet and pipe a ground beef spiral into the pan. Fill in the gaps with the mashed potatoes to form a second spiral. 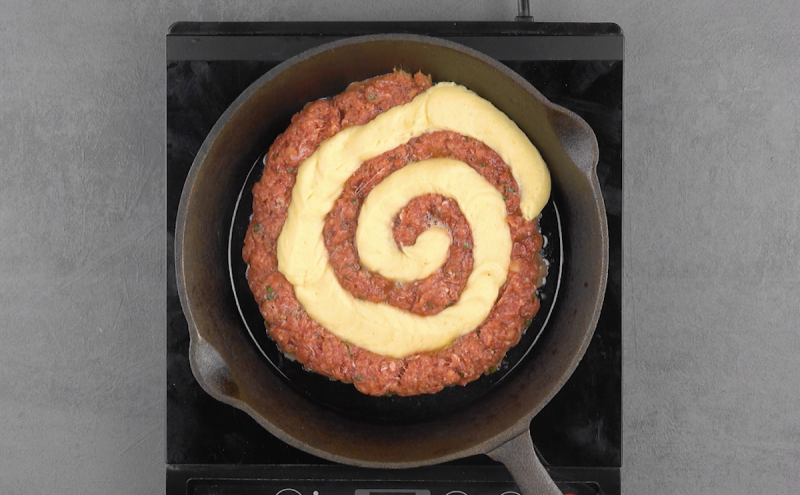 4. Turn the skillet over using a second oiled skillet. 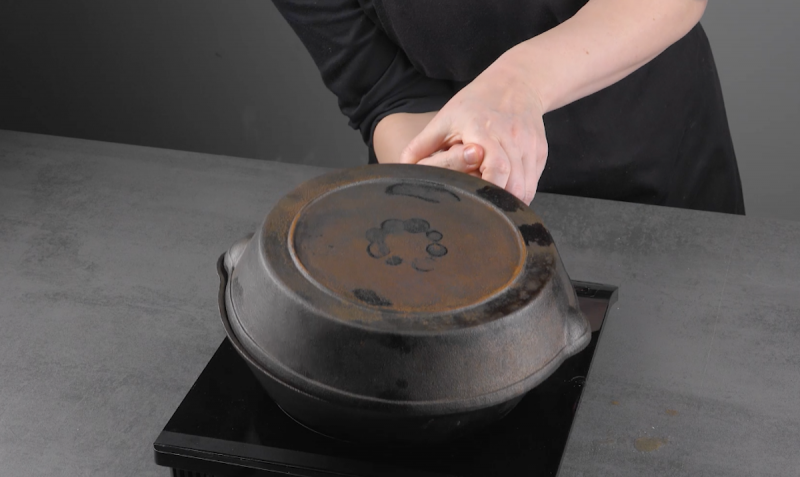 5. Start adding the bechamel sauce and pizza sauce in a spiral on top of the ground beef and mashed potato spiral. 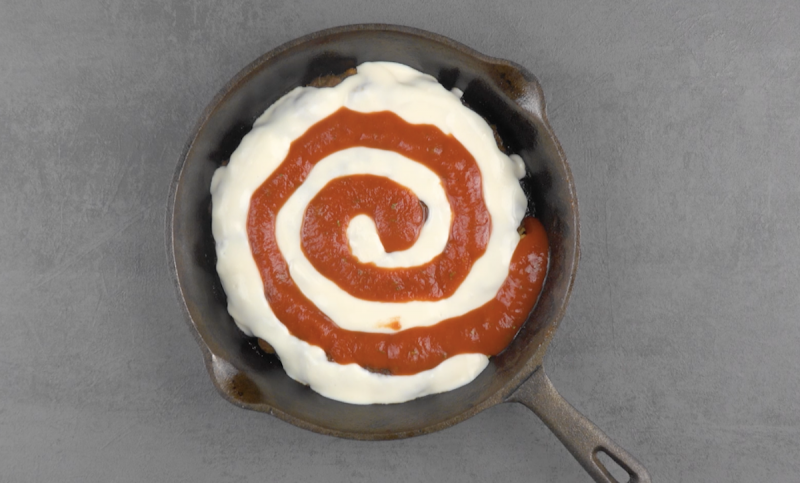 6. Sprinkle diced bell peppers and shredded mozzarella on top and put the skillet in the oven at 350°F for 15 minutes. 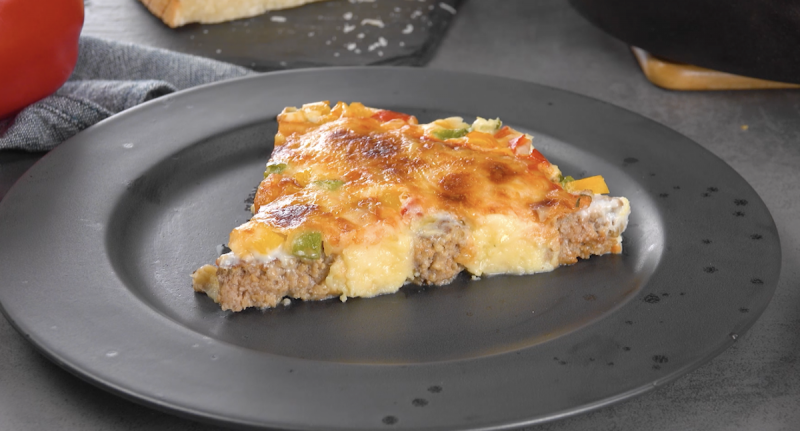 This pizza spiral is also ridiculously scrumptious with mashed sweet potatoes. Give it a try – it'll help you get your daily dose of veggies and add a little excitement to your pizza routine!

Get the recipe for the Spiral Bratwurst Pizza featured in the bonus video.