For the cheesy potato pizza:

For the pizza toppings:

1. Add the thin potato slices to a bowl, along with the corn starch, parsley, parmesan cheese, salt, pepper, vegetable oil, and paprika, and mix to combine. 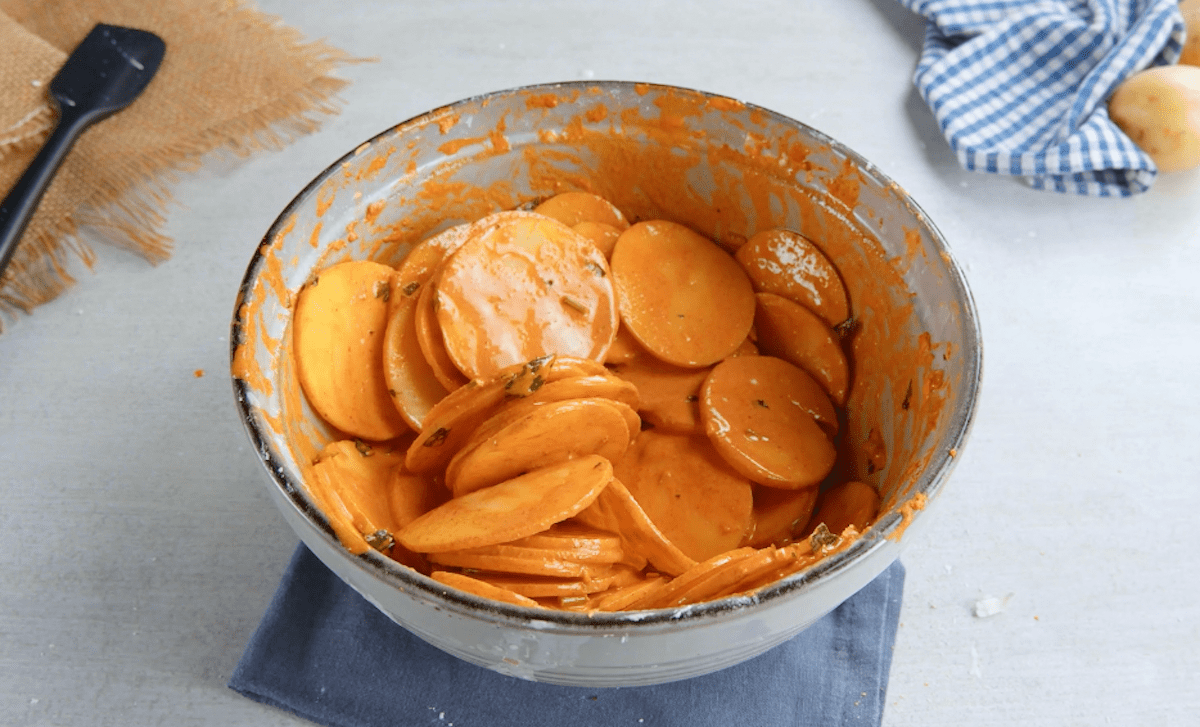 2. Heat some olive oil in two 7-inch frying pans over medium heat. Evenly divide the seasoned potato slices between the 2 pans and arrange them in circles so that they overlap. Cover each pan with a lid and let cook for 10 minutes. 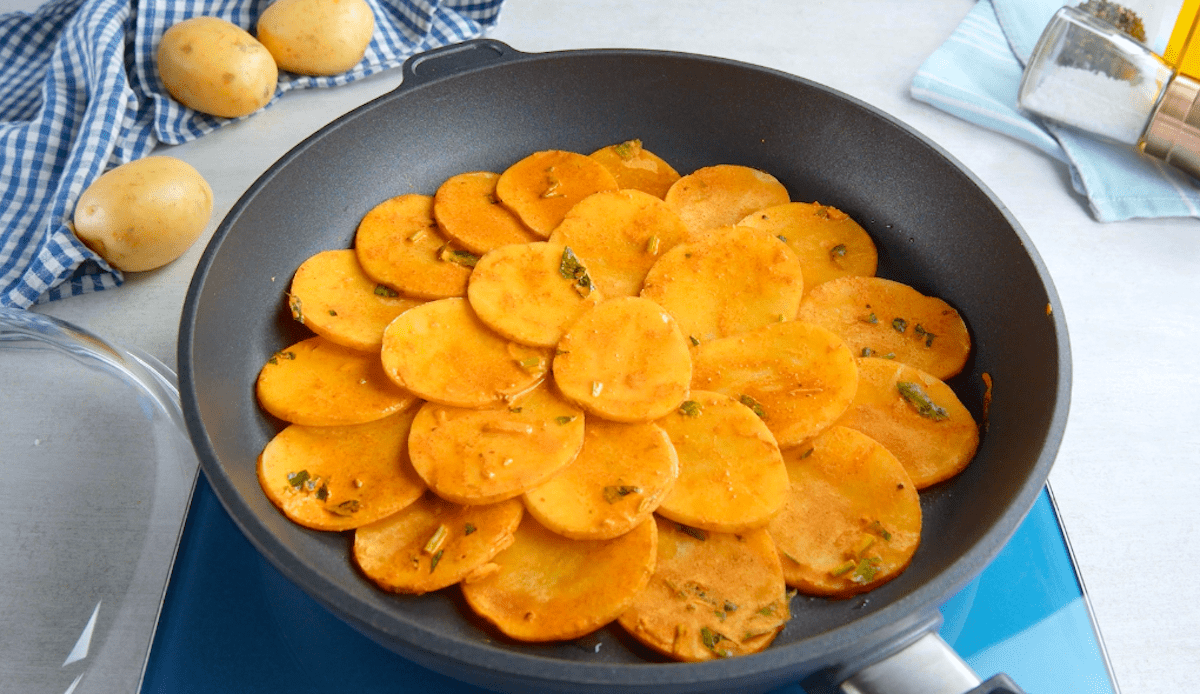 3. Sprinkle the shredded mozzarella cheese over one of the potato layers and carefully place the second potato layer on top. Cover the pan with a lid and cook until the cheese layer has melted. 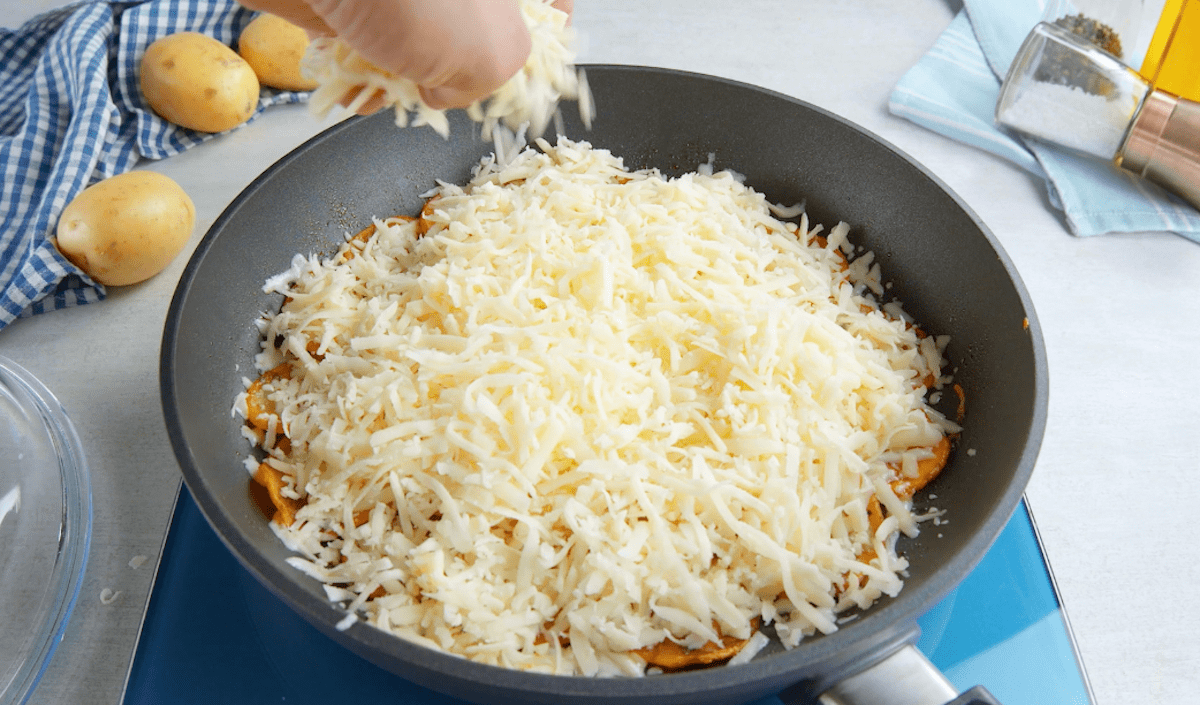 4. Spread tomato sauce over the cheesy potato pizza, top with mushrooms, ham, and fresh mozzarella cheese, and season with pepper and oregano. Cover the pan with a lid and let cook for another 10 minutes. Garnish with arugula before serving. 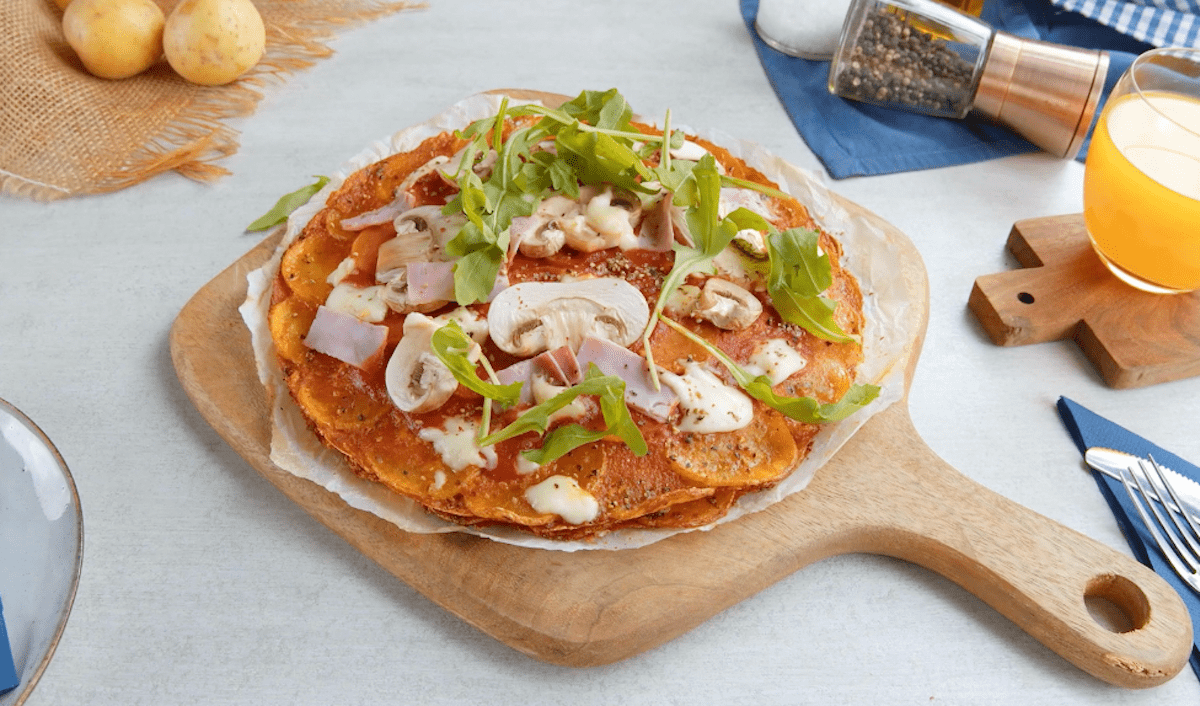 Get the recipe for the Zucchini Eggplant Pie featured in the bonus video.