It's Not The Bacon That's The Highlight In This Tasty Burger

Think you've seen everything when it comes to inventive burger ideas? Well, you need to check out the following crazily good dish. From the Beer Can Burger and Giant Stuffed Burger to the Cheeseburger Ring, the Scrumdiddlyumptious kitchen has come up with hit after hit over the years. And we're not done there — here comes another mouthwatering burger recipe that has a tasty secret to reveal once you cut into it...

You'll need (for one serving):

1. Knead the ground beef with the onion, parsley, and seasoning. Next, shape the meat into a flat, round burger. 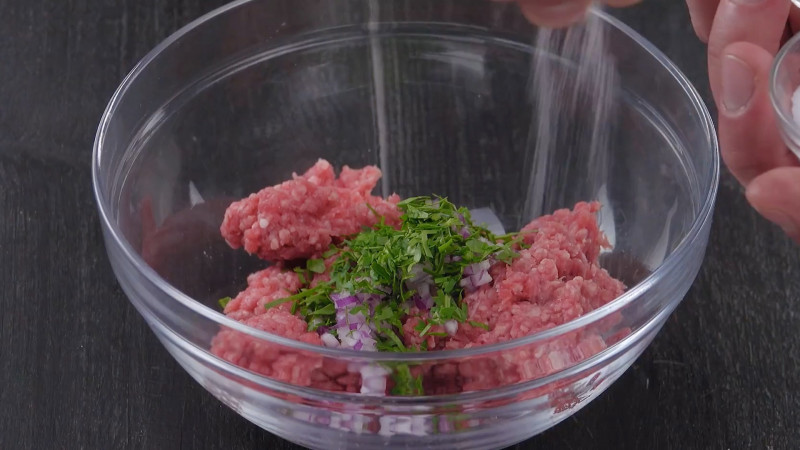 2. Lay the strips of bacon out in a cross on the work surface. Next, wrap up the burger in the bacon. Fry the burger in hot oil on both sides until the bacon is brown. 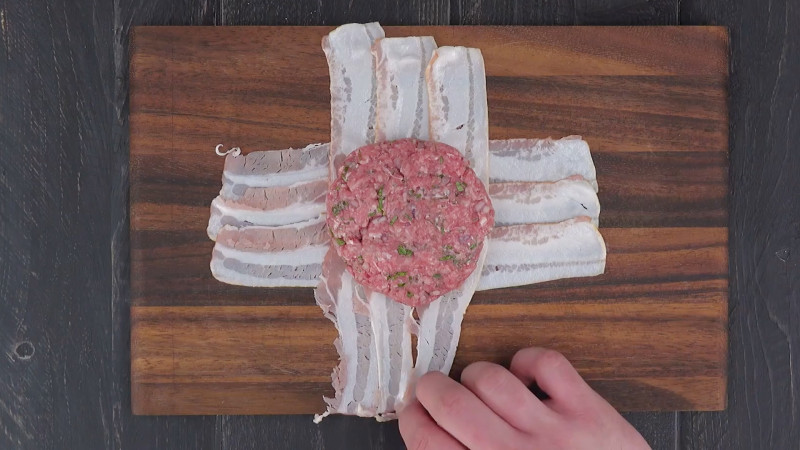 3. Lay the pizza dough out and cut out two equally-sized circles from it. Fold the slices of Swiss cheese and place them on one of the dough circles. Cover the cheese with the second dough circle and fix them in place using a bowl that has a slightly smaller diameter. 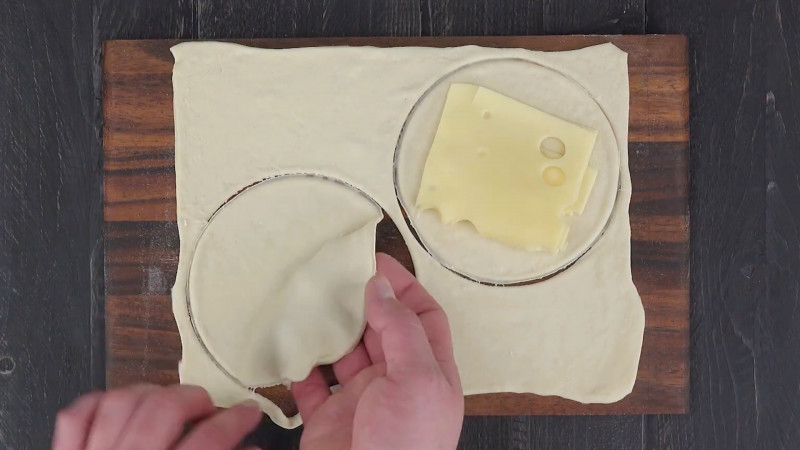 4. Use the rest of the dough to form a ball. Press the dough ball flat so that it is around the same size as the first half of the burger bun. Brush egg yolk onto the buns and bake them at 360°F for 18 minutes.

5. After you've baked the buns, it's time to build your burger. Spread mustard mayonnaise onto the bottom bun, before adding the lettuce, burger, pickles and cheese-filled bun on top.

Could this impressive cheese eruption be considered art? Either way, we recommend admiring your creation for a few moments and promptly gobbling it up before the flow of cheese comes to a stop.