Share on Facebook Save on Pinterest
We've all had a crunchwrap, and we all love them because honestly... they are just awesome! But you know the one thing that's missing from a crunchwrap? It could be bigger! In addition to making an XXL version, we're mixing up the filling and stuffing it with chicken fajitas – with bell peppers this crunchy, you won't even miss that unnecessary tostada shell.
Yield: 1
Prep Time: 15 minutes
Cooking Time: 55 minutes

For the chicken fajita filling: 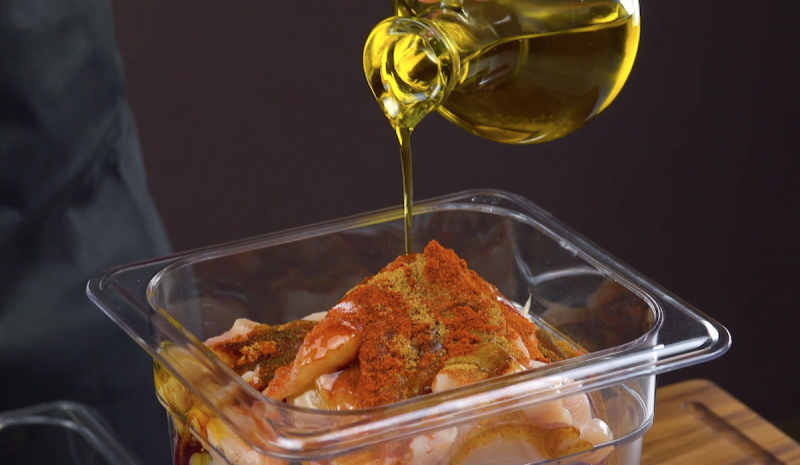 2. Pour the chicken fajita filling into a casserole dish, transfer the dish to the oven, and cook at 400°F for 15 minutes. 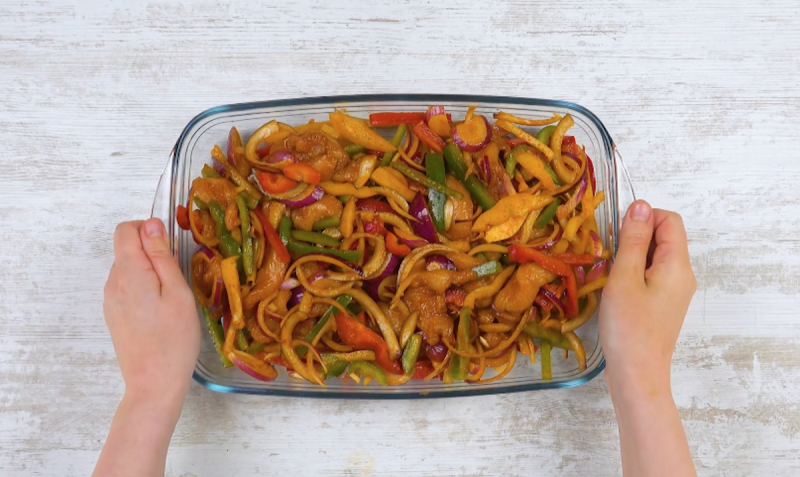 3. Grease a 12-inch cast iron skillet with olive oil and arrange 5 large tortillas around the skillet so that they overlap and partially hang over the edge of the pan. Place 1 tortilla in the center and sprinkle half of the cheddar cheese and half of the Monterey Jack cheese on top. 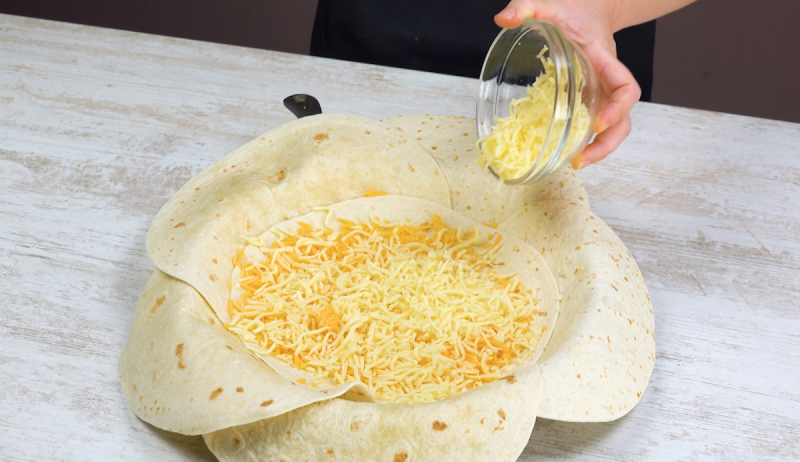 4. Spread the cooked chicken fajita filling over the cheese. 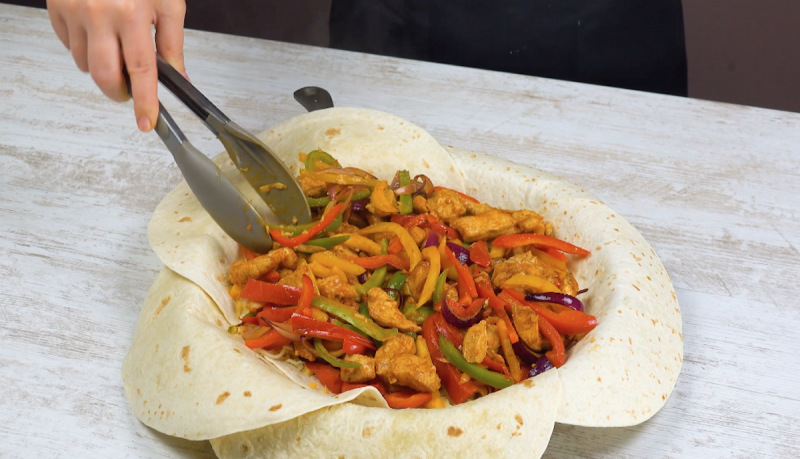 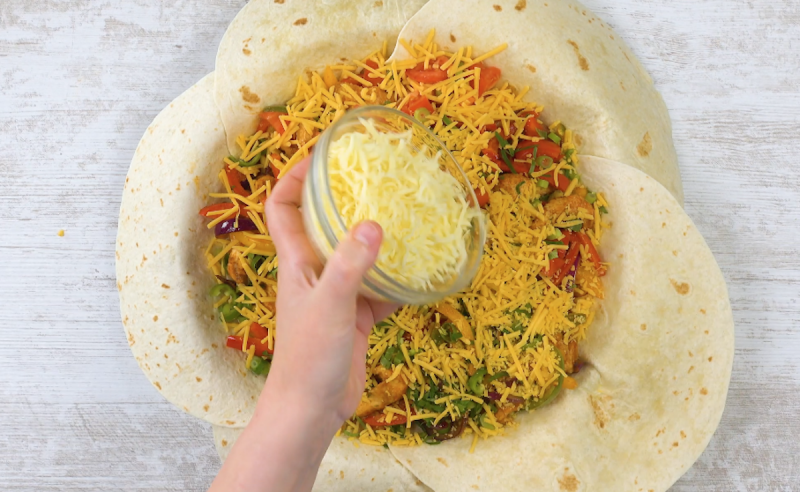 6. Place the last tortilla on top and fold the overlapping tortillas towards the middle of the pan. Reduce the oven temperature to 350°F, transfer the skillet to the oven, and cook for 40 minutes. 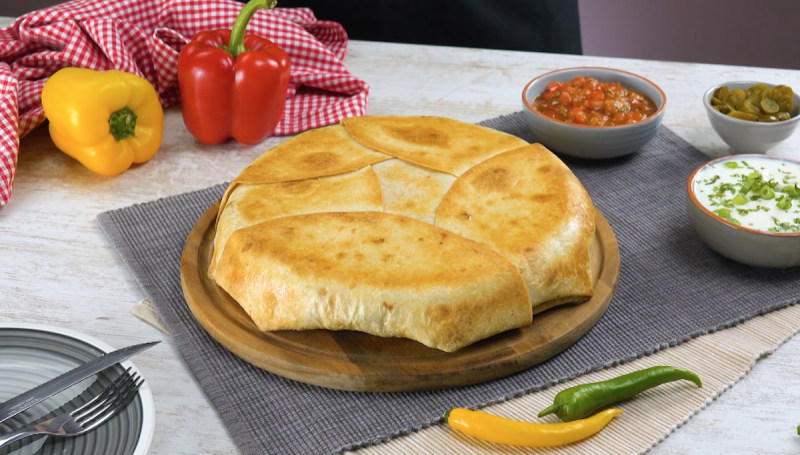 You can find the nifty chopping board featured in the recipe video here.