Everybody loves corn, everybody loves bread, and everybody really loves cornbread. But this ain't your grandma's cornbread! Instead of making cornbread with cornmeal, we're making corn bread with sweet corn kernels and milk and then incorporating the creamed corn into the dough. That's what it gives it such a lovely sweetness! But that's not quite different enough for us, which is why we're also adding plum jam for a nice and tart contrast to the sweetness from the corn. The result? Perfectly fluffy and moist corn bread that is sure to be the star of the show!

For the sweet corn bread:

1. Strip the kernels from the corn cobs and add them to a measuring cup. Pour in the milk and thoroughly blend until smooth. 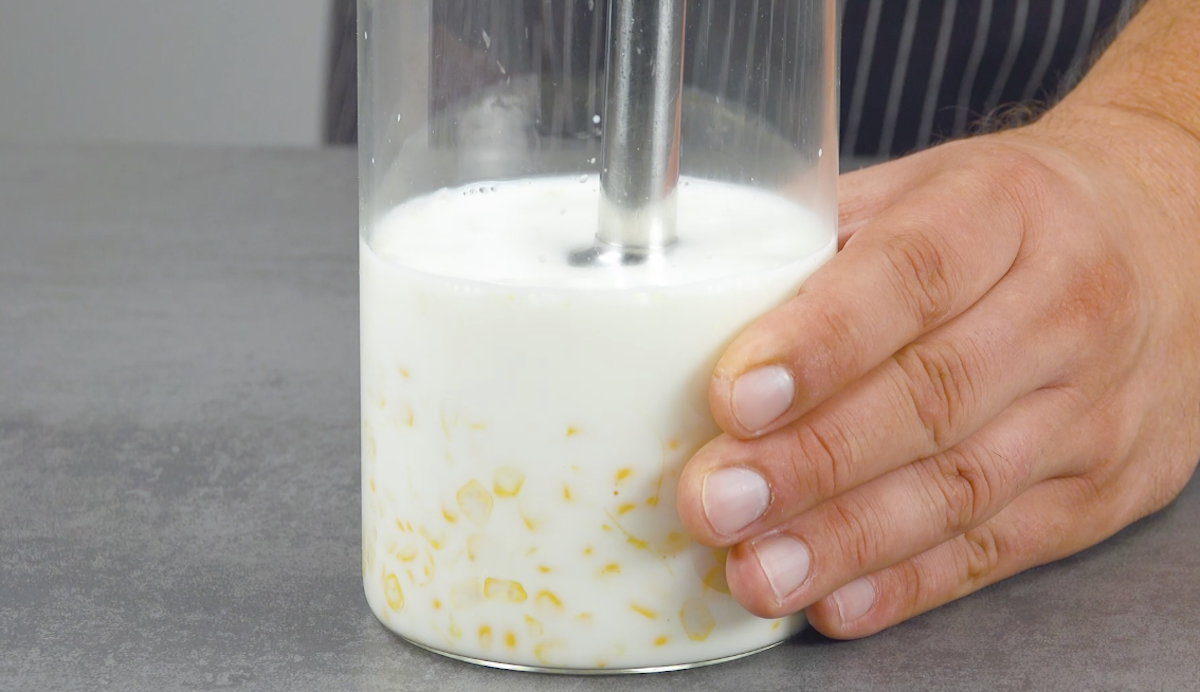 2. Add the flour to a bowl. Pour the creamed corn through a sieve into the bowl and add the butter, egg, dry yeast, sugar, and salt. Use the dough hooks on a hand mixer until a smooth dough forms, cover the bowl with a moist towel, and let rise for 1−1½ hours. 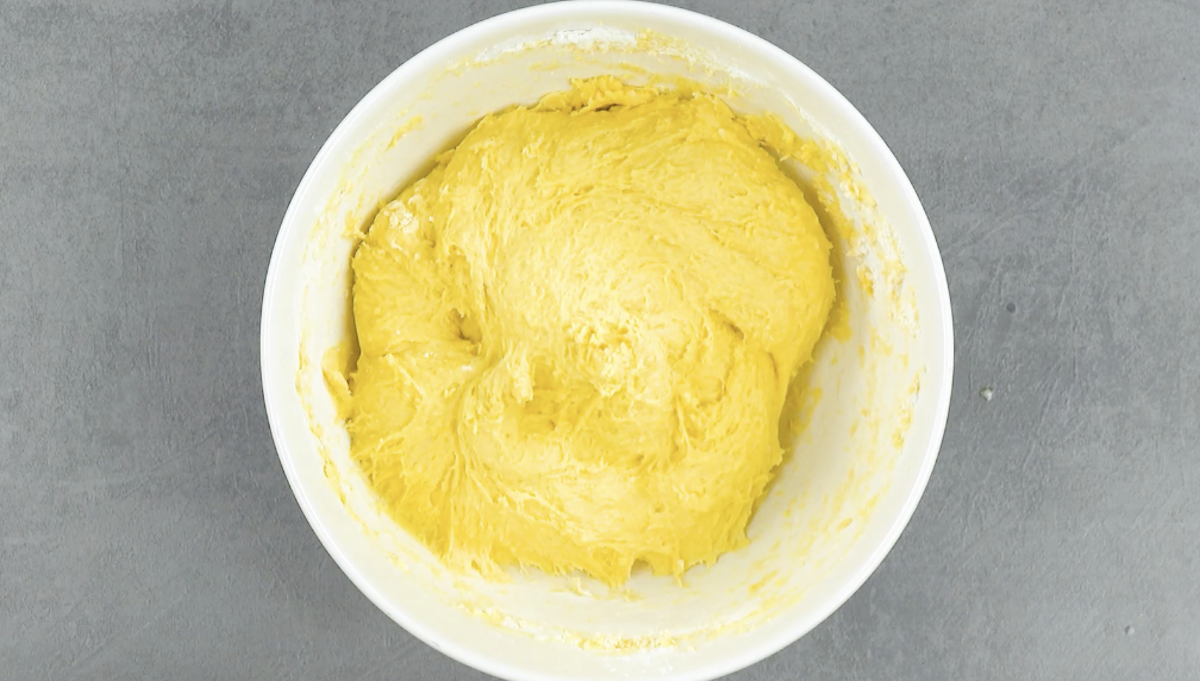 3. Divide the dough into 8 pieces and form them into balls. Roll out each dough ball and spread plum jam over the inside. Fold them up and roll them back into rolls. 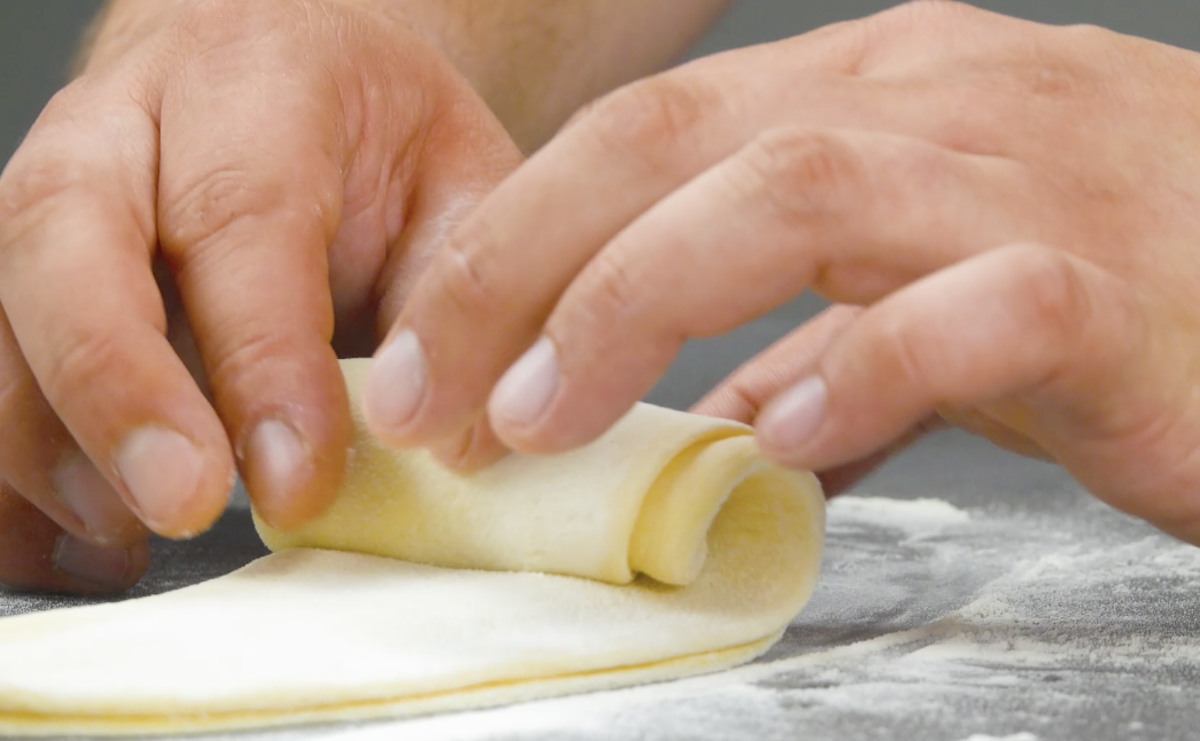 4. Place the rolls upright in an 8-inch springform pan, cover the springform pan, and let the dough rise for about 30 minutes. Afterwards, brush the egg wash over the dough and sprinkle back and white sesame seeds on top. 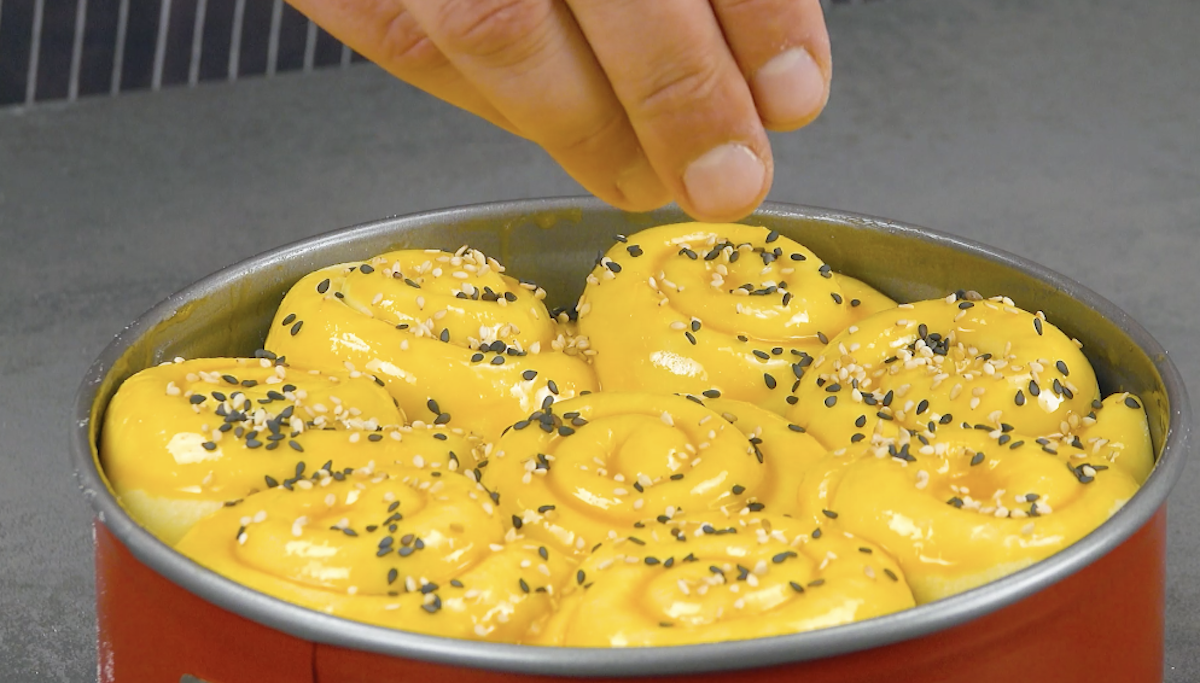 5. Cover the springform pan with plastic wrap, place the pan inside of a pot of water over medium heat, and steam for 45 minutes. After 45 minutes, turn off the heat and let the pan rest in the pot for another 5 minutes. 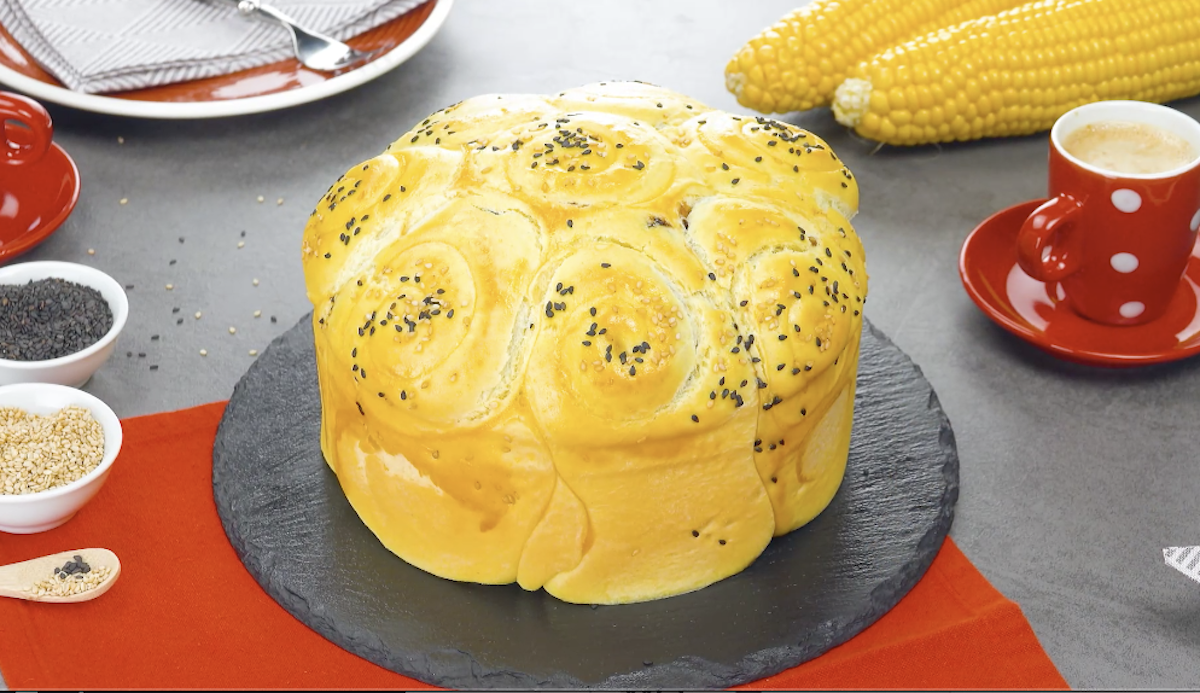 This ultra fluffy corn bread is not only super tasty, it's also quite the looker thanks to the rolling technique we used. Once you start tearing into it, you'll be able to see the beautiful marbling from the plum jam!

Get the recipe for the Japanese Milk Bread featured in the bonus video.