The beef rump cap cut features heavily in Brazilian cooking, where it is known as the picanha. This cut of meat is extremely moist and juicy, which makes it perfect for both grilling and roasting, so our recipe is taking this delicious cut of beef and dry rubbing it with some choice spices, stuffing it with mozzarella and bacon, and topping it off with a rich red wine reduction, accented with a hint of plum flavor. The textures and flavor profiles combine to make a heavenly roast that packs plenty of punch!

For the rump cap roast:

For the red wine reduction: 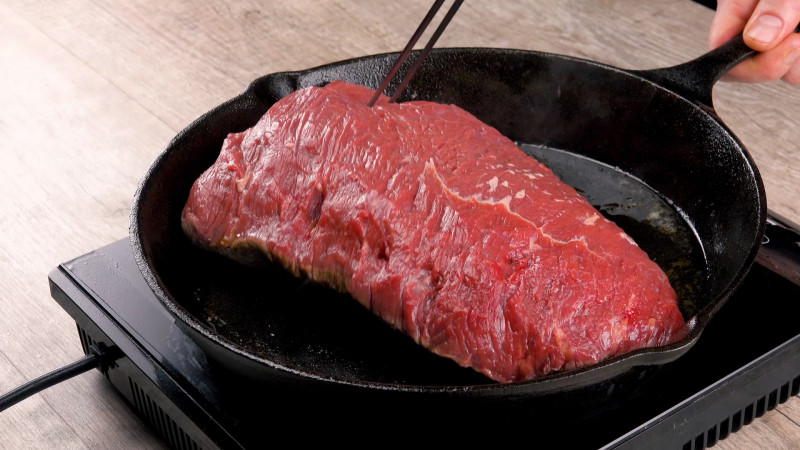 2. Cut a thin slice off of the larger end of the beef rump cap and cut a deep pocket inside the piece of meat. 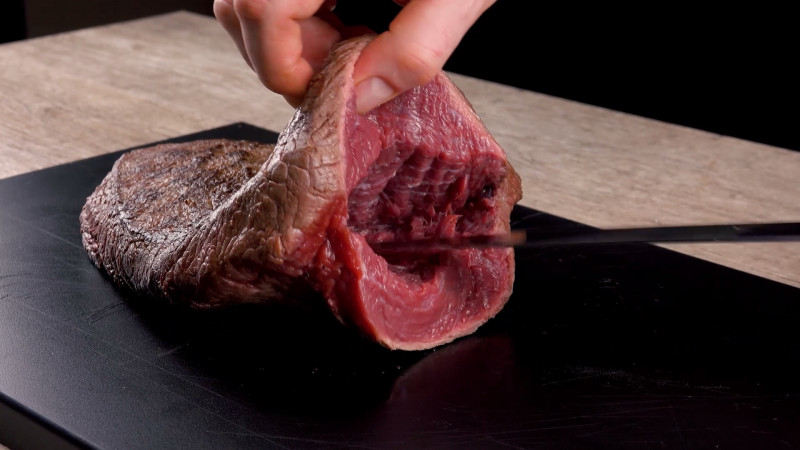 3. Carefully fold the piece of meat inside out. 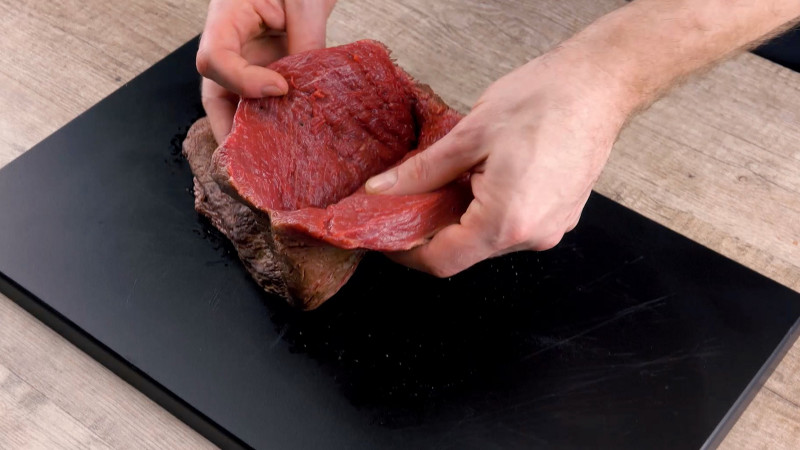 4. For the filling, heat some vegetable oil in a cast iron skillet over medium heat and sauté the onions, red bell pepper, and bacon. Add the sautéed mixture and mozzarella cubes to a large bowl, season with oregano, and mix to combine. Spoon the mixture into the beef pocket and secure the opening of the roast with toothpicks. 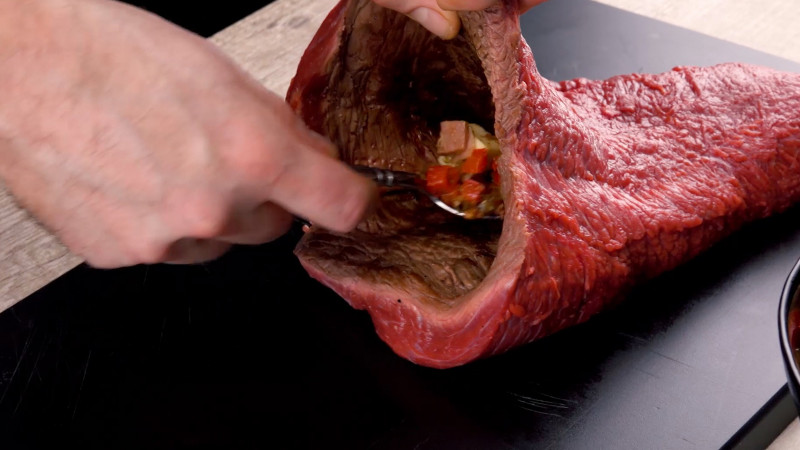 5. Drizzle olive oil over the roast and rub paprika, salt, and pepper into the outer surface of the meat on both sides. Place the stuffed rump cap roast on a baking tray, transfer the baking tray to a preheated oven, and cook at 400°F for 35 minutes. Remove the roast from the oven and let the meat rest for 10 minutes. For the red wine reduction, pour the red wine into a saucepan over medium heat and let reduce. Stir in the plum jam, cayenne pepper, and salt and let the sauce simmer for 5 minutes. Slice the stuffed rump cap roast and drizzle the red wine reduction over each piece before serving.

This rump cap roast is as tender and juicy as can be! The delicious fillings and savory sauce compliment the meat perfectly. After trying this delicious dish, you'll never go back to the traditional Sunday roast again!

Get the recipe for the Beef Wellington Ring featured in the bonus video.