We're midway through grilling season and all of those burgers, steaks, and hot dogs might have started to get a little bit repetitive. But the grill is actually the perfect place to let your culinary creativity run wild, so there's no need to keep falling back on the basics! The next time you fire it up, try out something new: a smoky salmon braid sandwich, complete with homemade sour cream & herb sauce and freshly baked bread that's also cooked on the grill. Serve it up at your next cookout and impress all of your friends and family members! The presentation of this smoked salmon sandwich simply can't be beat – well, except by its taste, of course!

For the grilled bread:

For the salmon braid:

For the sour cream & herb sauce:

1. For the grilled bread, combine all of the ingredients in a large mixing bowl and knead them by hand for approximately 7 minutes until a smooth dough forms. Cover the dough and let it rest for 1 hour. After 1 hour, transfer ½ of the dough to a cast iron skillet and let it rise for another 1½ hours. Light the grill and score the dough with a sharp knife in the shape of a large cross so that the dough can expand while baking. Once the grill is hot, transfer the cast iron skillet to the grill, cover it, and bake the bread for 40–50 minutes. Repeat this process for the second ½ of the dough, or bake both at the same time using 2 cast iron skillets. 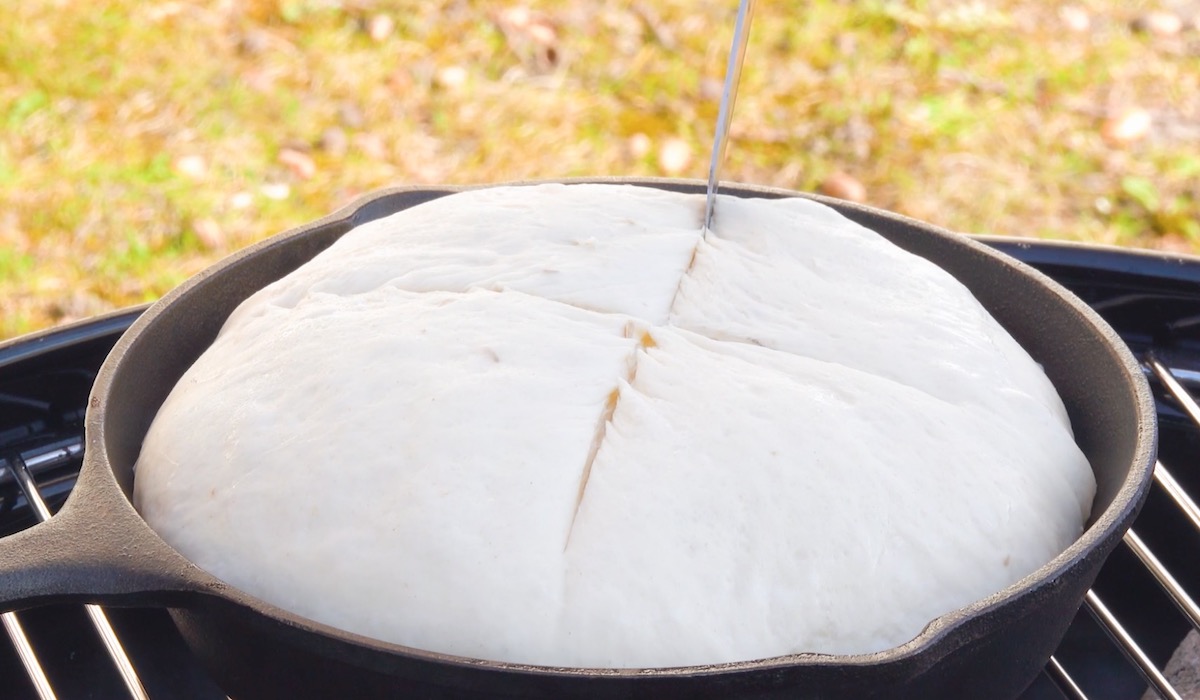 2. For the salmon braid, cut the skinless salmon fillet lengthwise into 4 even strips. Secure the strips together at one end with a wooden skewer and braid them as shown in the video. 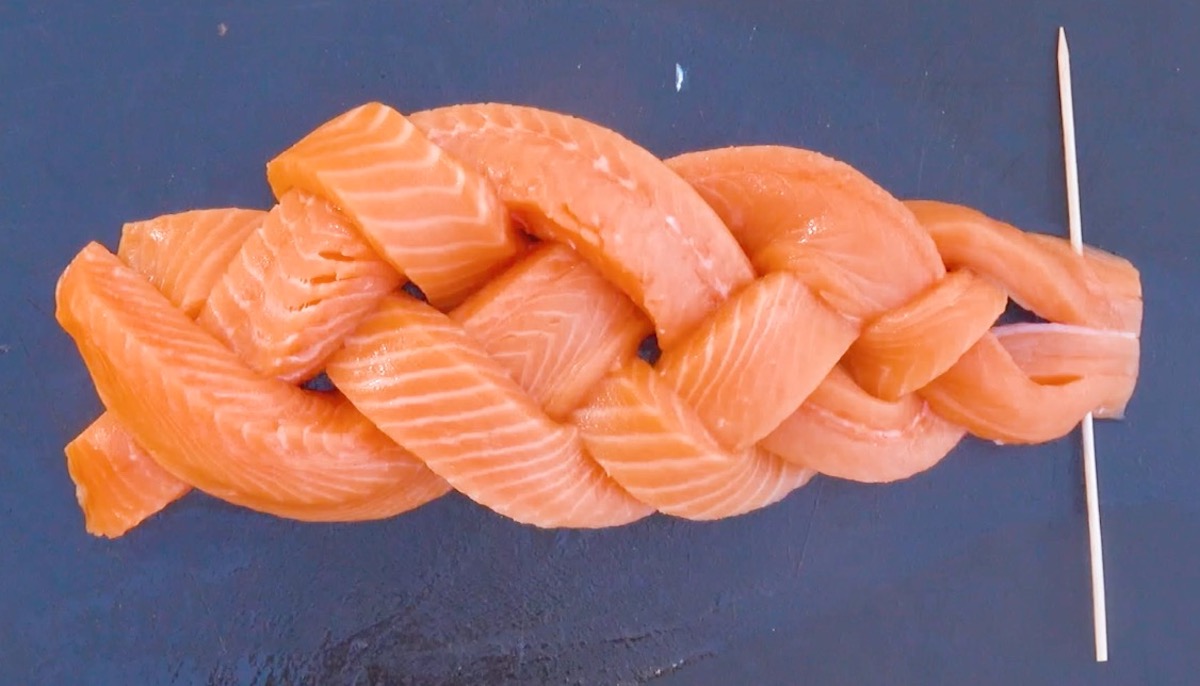 3. Mix together the coconut sugar, salt, and chili powder to create a dry rub. Rub the mixture onto the surface of the salmon braid and carefully remove the wooden skewer. For an extra smokey flavor and more convenient serving, place the salmon braid on a cedar grilling plank. Carefully transfer the salmon braid to the grill alongside the bread, cover the grill, and grill for 20 minutes. 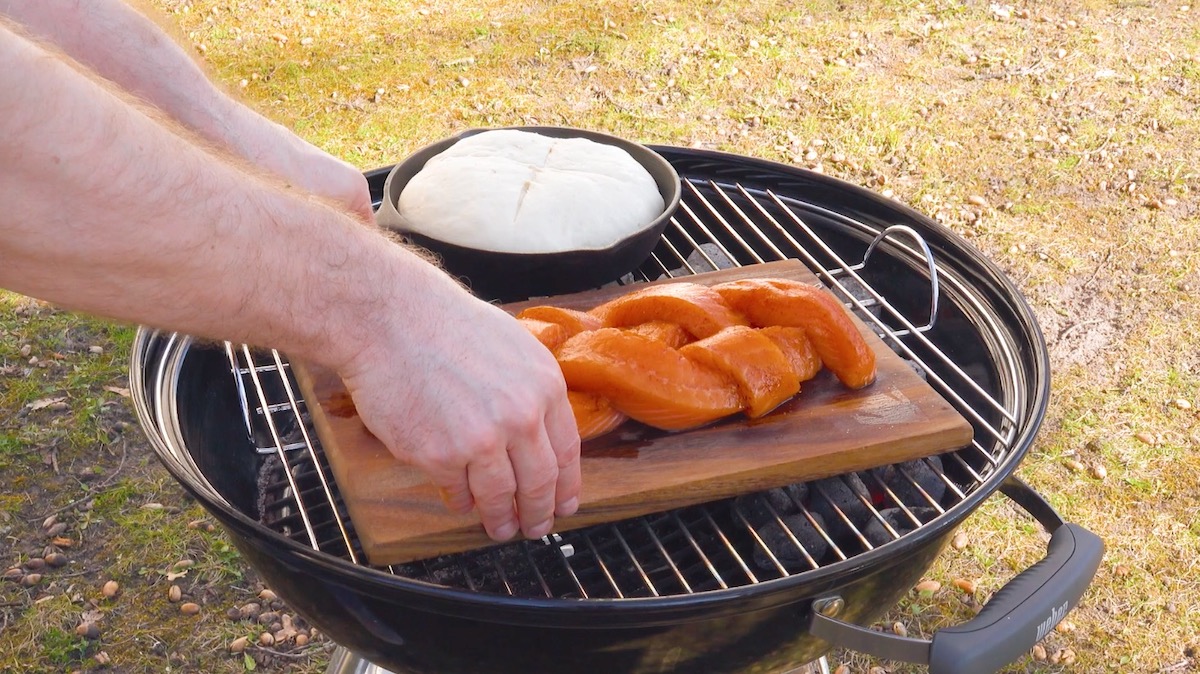 4. For the glaze, squeeze the juice of ½ an orange and combine it with the maple syrup. After the salmon has cooked for 20 minutes, open the grill and brush the glaze over it. Close the grill and let everything cook for an additional 20–30 minutes. 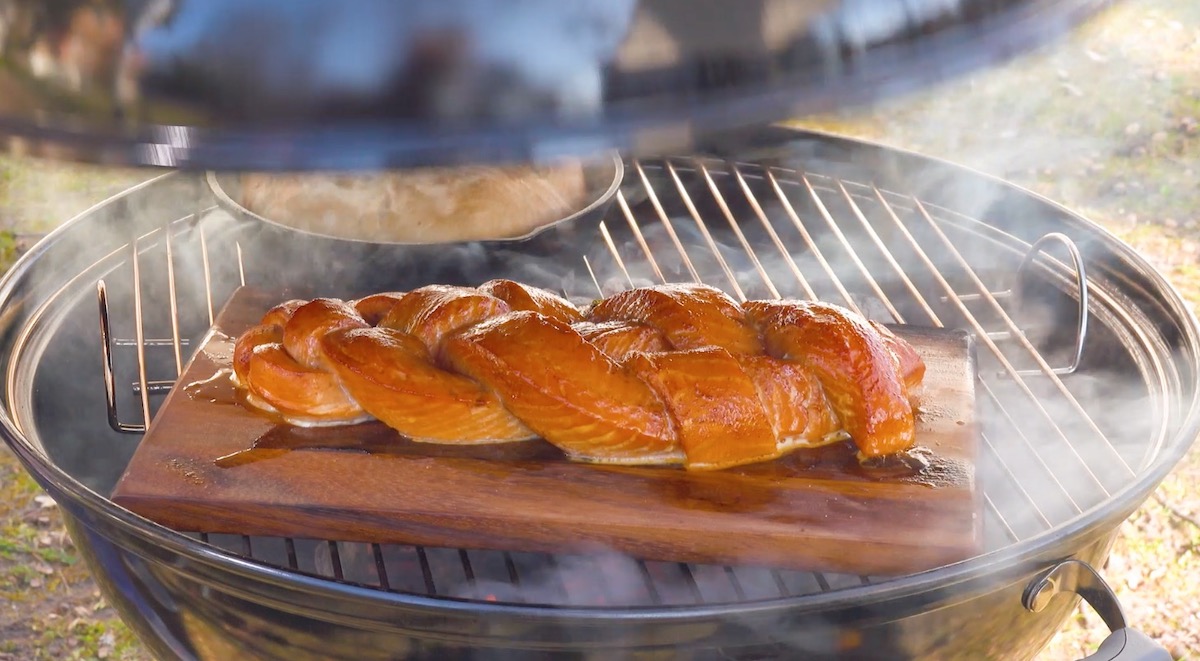 5. For the sour cream & herb sauce, stir together all of the ingredients until combined. Remove the salmon from the grill and slice it into single-serving portions. 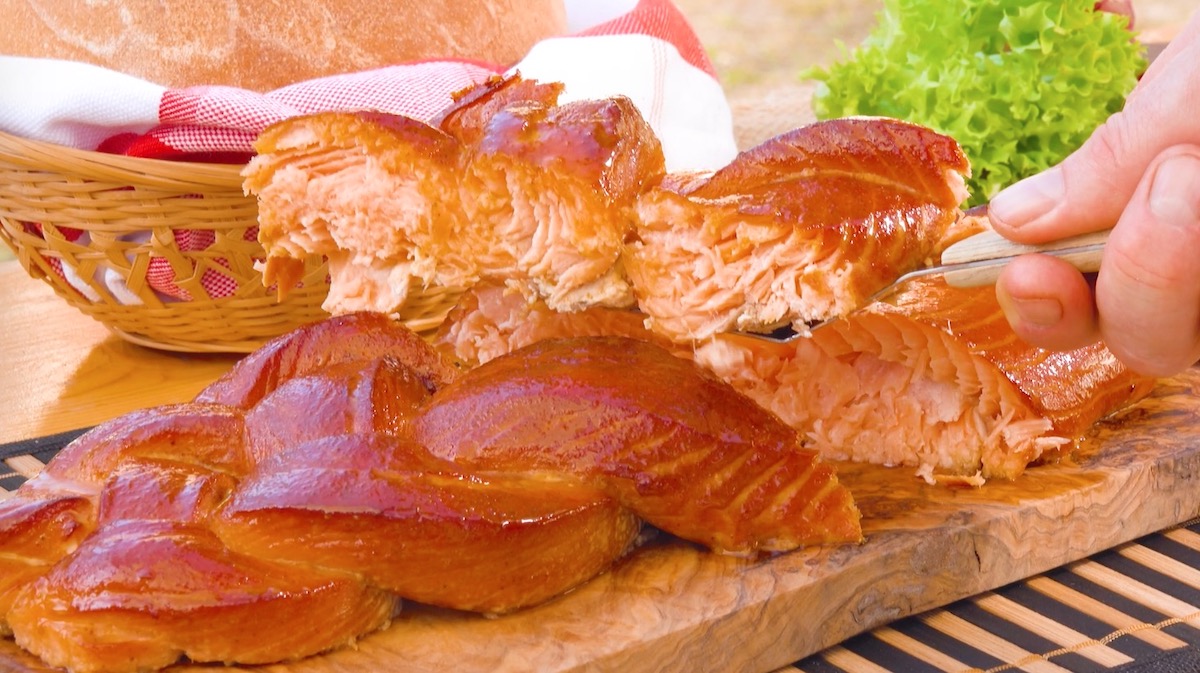 7. Take the cast iron skillet off of the grill and remove the baked bread from inside. Cut the bread in half, make a slit in each half, and fill the bread pockets with lettuce, sour cream & herb sauce, and a slice of smoky grilled salmon braid. 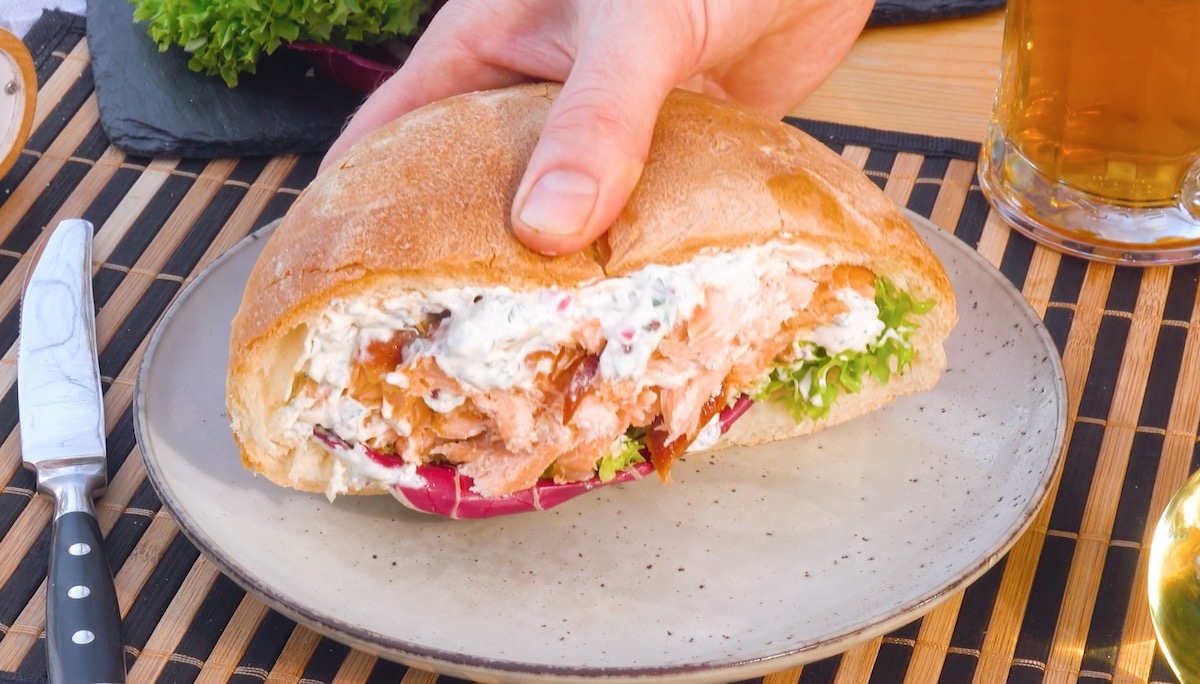 This grilled salmon braid sandwich might take a little longer than some foods that you can just throw on the grill, but the end product is refreshing, delicious, and healthy. Spend a little extra time outside and get excited about grilling again!

Get the recipe for the Salmon Baked In A Brioche Crust featured in the bonus video.