Grilling season is in full swing! Sure, you've probably already tried grilled pineapple, but what about grilled SWINEapple? You read that correctly: Stuff a pineapple to the brim with pulled pork & shredded mozzarella, wrap it up in bacon, and pop the whole thing on the grill next to some corn on the cob for a meal that's spicy, savory, and sweet. Yes, please! Break out this recipe at your next cookout and your guests are sure to be jealous that they didn't think of the idea first.

For the pulled pork swineapple:

For the marinated pork shoulder:

For the BBQ sauce: 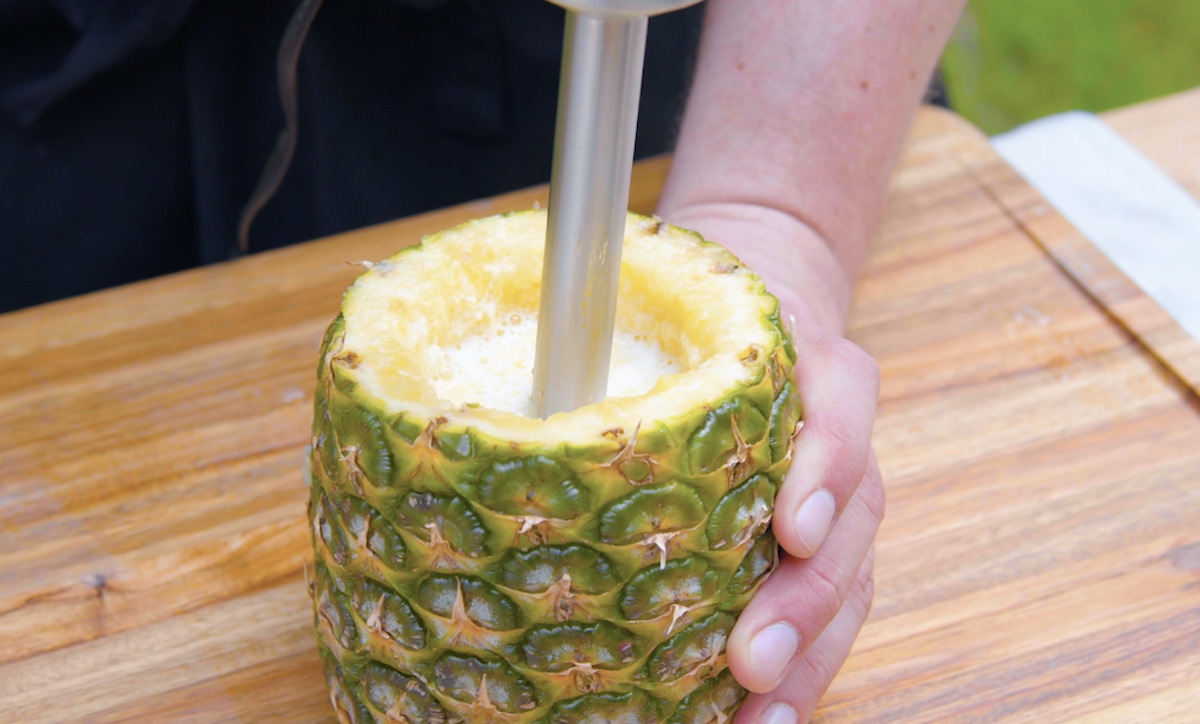 2. For the marinated pork shoulder, stick several toothpicks in the surface of the pork and place the meat in a large bowl. Pour the pineapple puree from inside the pineapple over the pork, add the Coca-Cola, ginger, garlic, paprika, salt, pepper, and balsamic vinegar to the bowl, and swirl the bowl around to combine the ingredients. Cover the bowl with plastic wrap and let the pork marinate for max 1 hour. 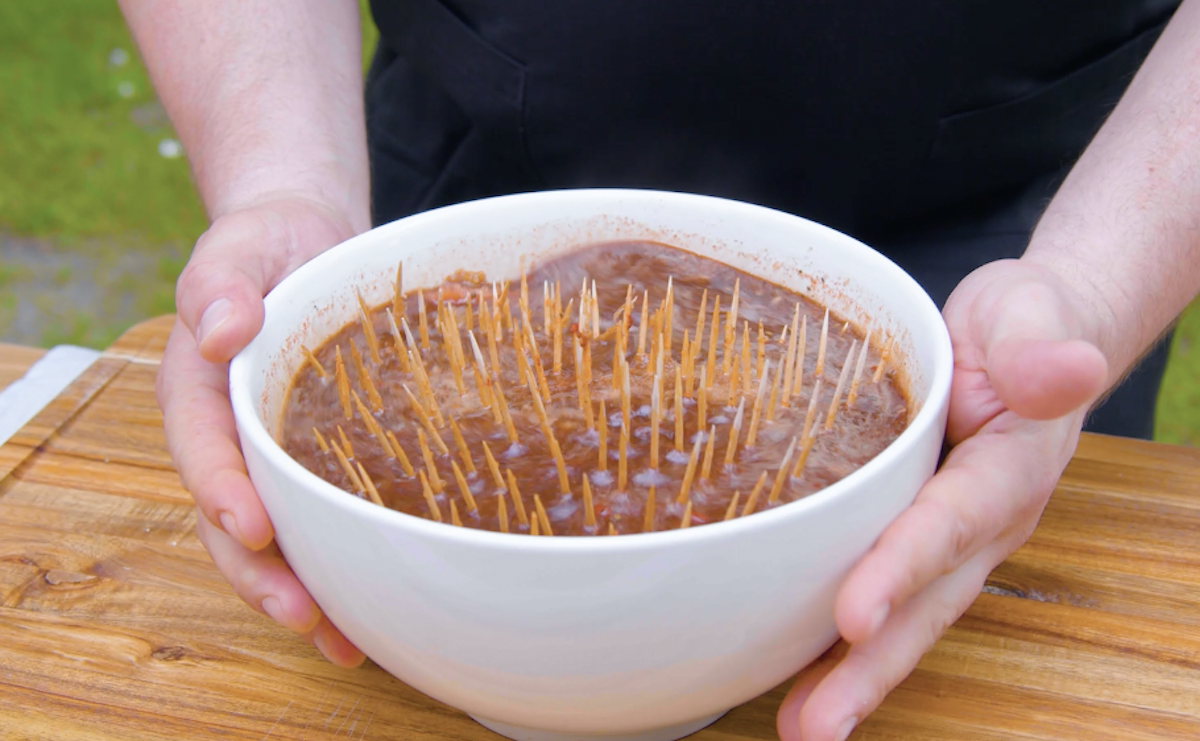 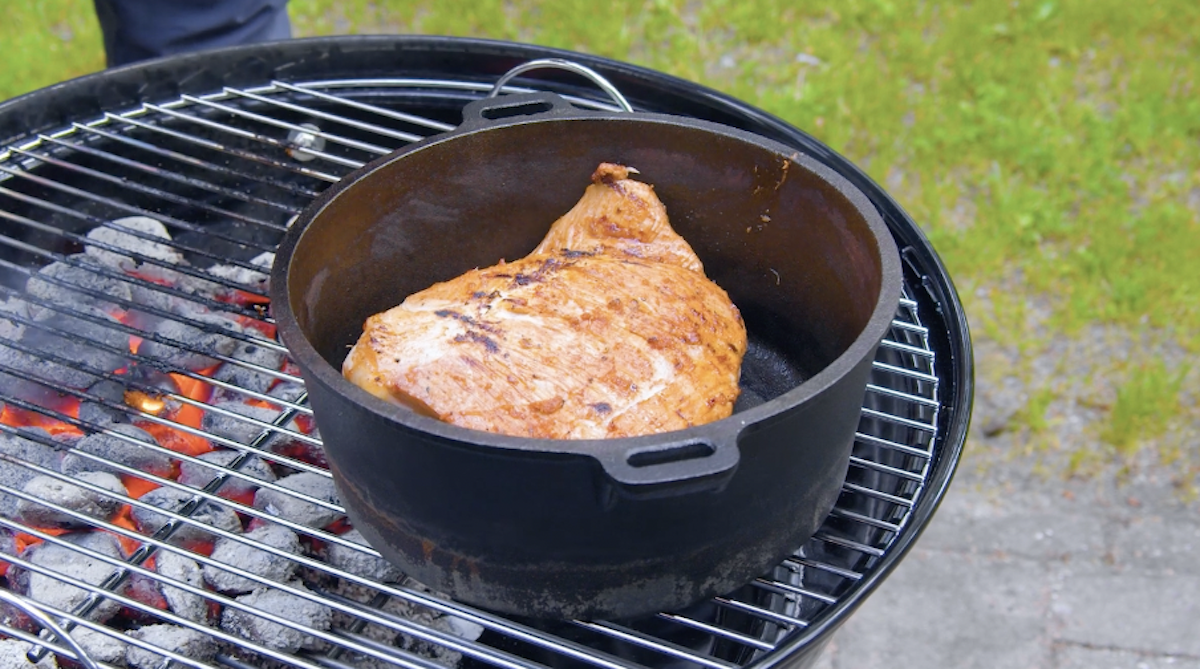 4. For the BBQ sauce, pour the leftover marinade into a cast iron skillet and place the skillet on the grill. Let the marinade simmer until it achieves a syrupy consistency and then stir in the tomato paste and tomato sauce. Let the sauce cook until it reaches the desired consistency. 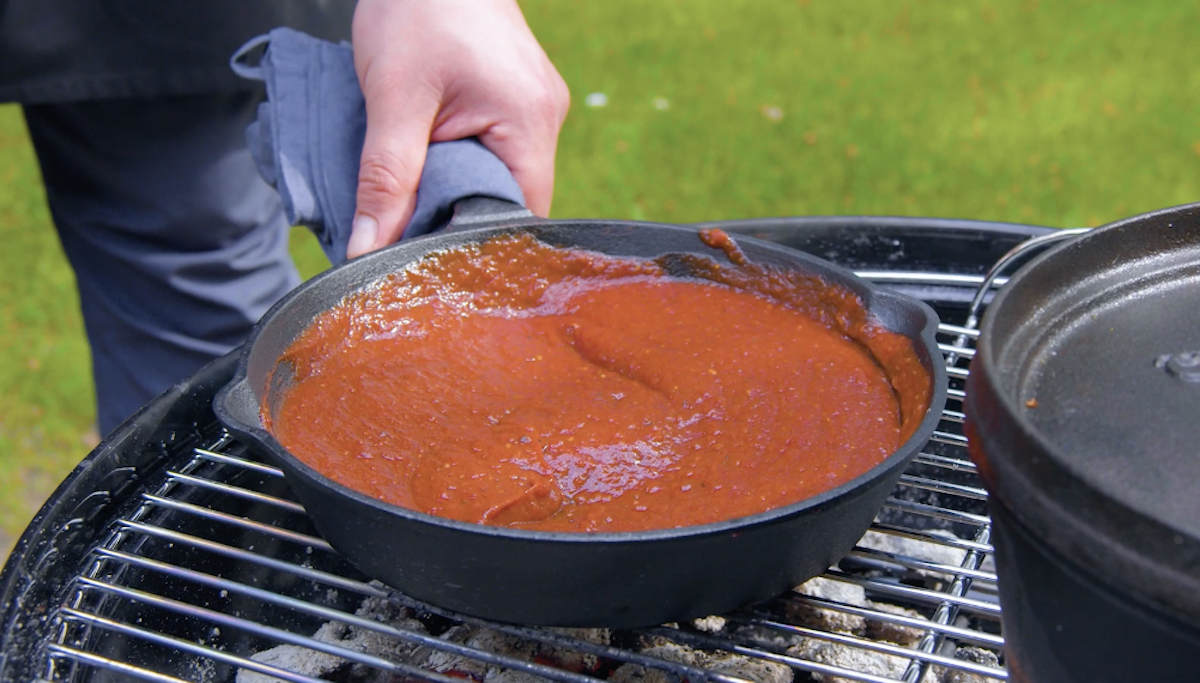 5. For the BBQ pulled pork, place the cooked pork shoulder in a large casserole dish and pour ¾ of the homemade BBQ sauce over the meat. Use your hands to shred the meat and mix it with the sauce. 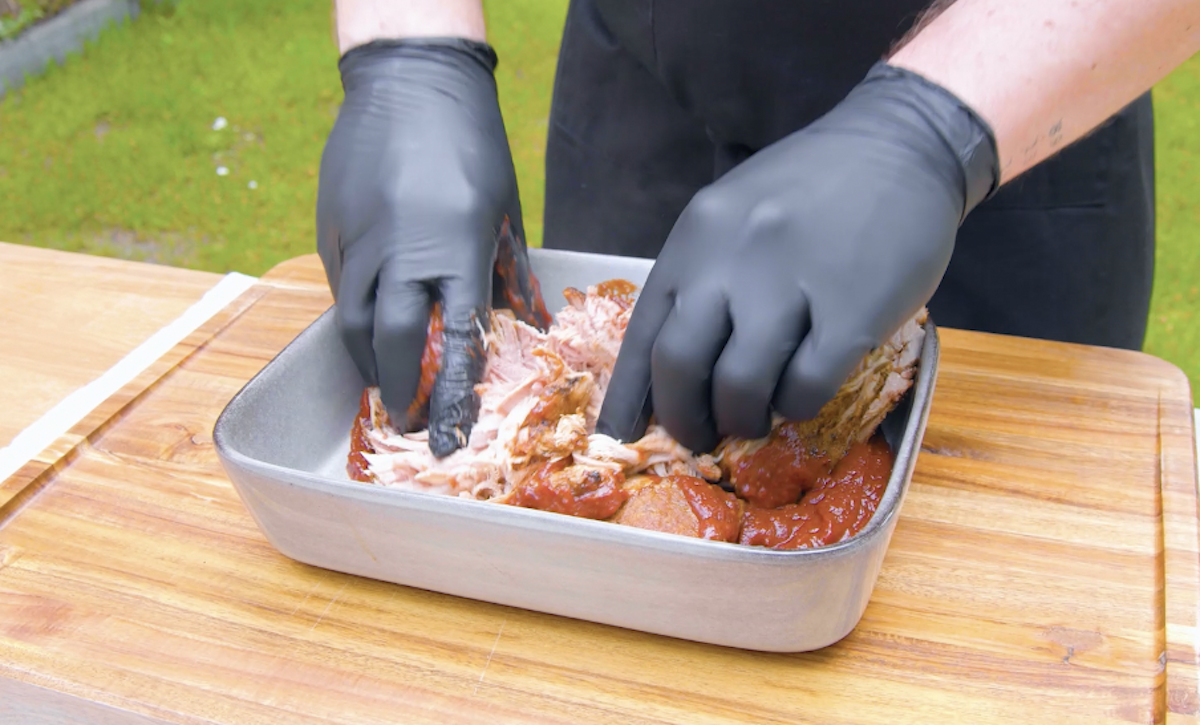 6. Cut the skin off of the hollowed-out pineapple and fill the inside with alternating layers of BBQ pulled pork and shredded mozzarella. 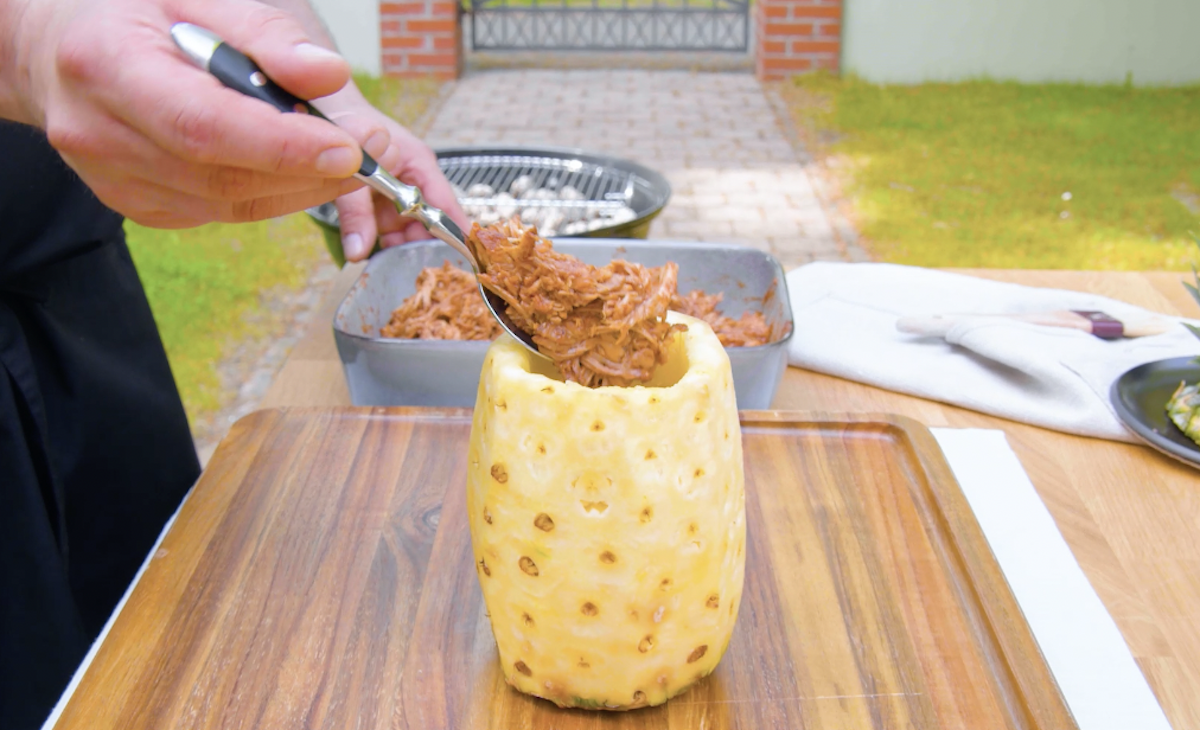 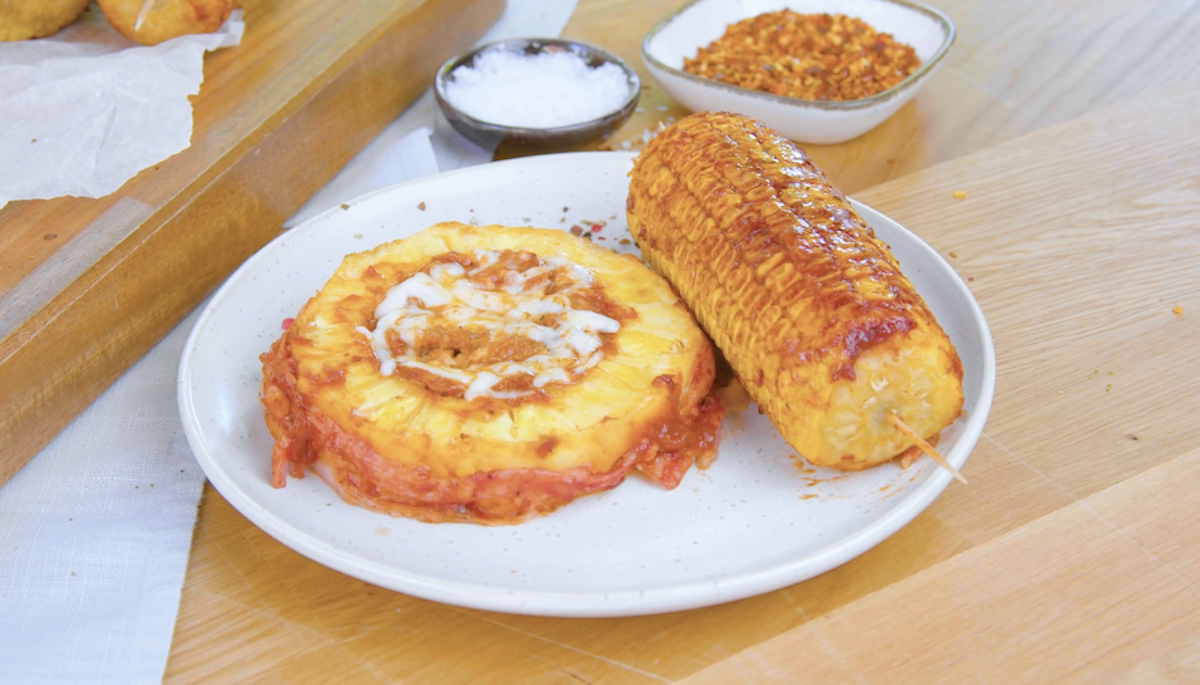 What better way to spend those breezy summer evenings than with your loved ones and tasty BB? This bacon-wrapped pineapple packed with BBQ pulled pork is more than just a sweet sight to behold – it's also a pineapple party in your mouth!