When you go out to eat with the family or are watching the big game with friends, jalapeño poppers inevitably get passed around eventually. Cheesy, spicy, and delicious, jalapeño poppers are one of the best appetizers of all time. Taking the genius idea of stuffing spicy peppers, we made a few modifications and came up with a way to make them even better! This recipe for a pepper popper-stuffed pork loin takes stuffed jalapeño poppers and rolls them in a deliciously seasoned cut of tender pork. We've also gone ahead and switched up the filling a bit, using pomegranate, cilantro, and cream cheese instead of plain old melted cheese. On top of all that, this recipe works with both mild banana peppers and jalapeños, so you can control the spice level yourself. This recipe is hot stuff!

For the pork loin & dry rub:

For the pepper poppers:

1. Preheat the oven to 325°F. For the stuffed pork loin, make 1 horizontal and 1 vertical cut through the center of the entire length of the pork loin, leaving a gap large enough to fit the banana pepper or jalapeños. 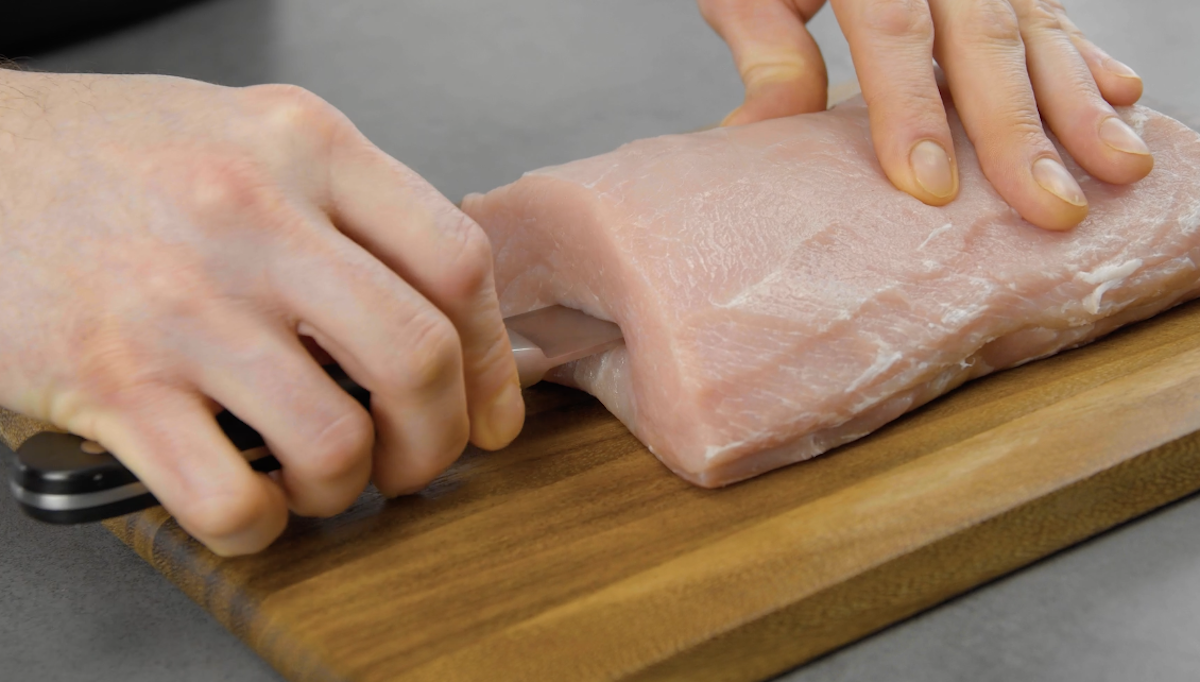 2. For the dry rub, place the salt, sugar, coriander seeds, paprika, cinnamon, rosemary, and coffee beans in a mortar and grind everything into a fine mixture with a pestle. Rub the dry rub into the surface of the pork loin. 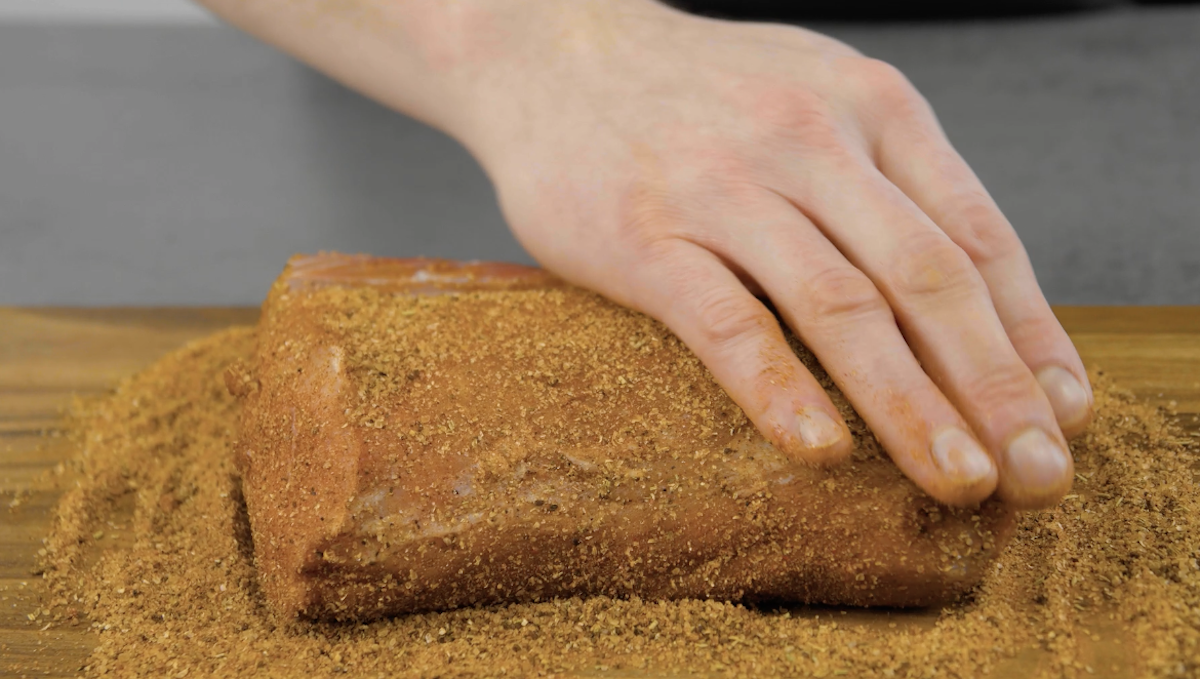 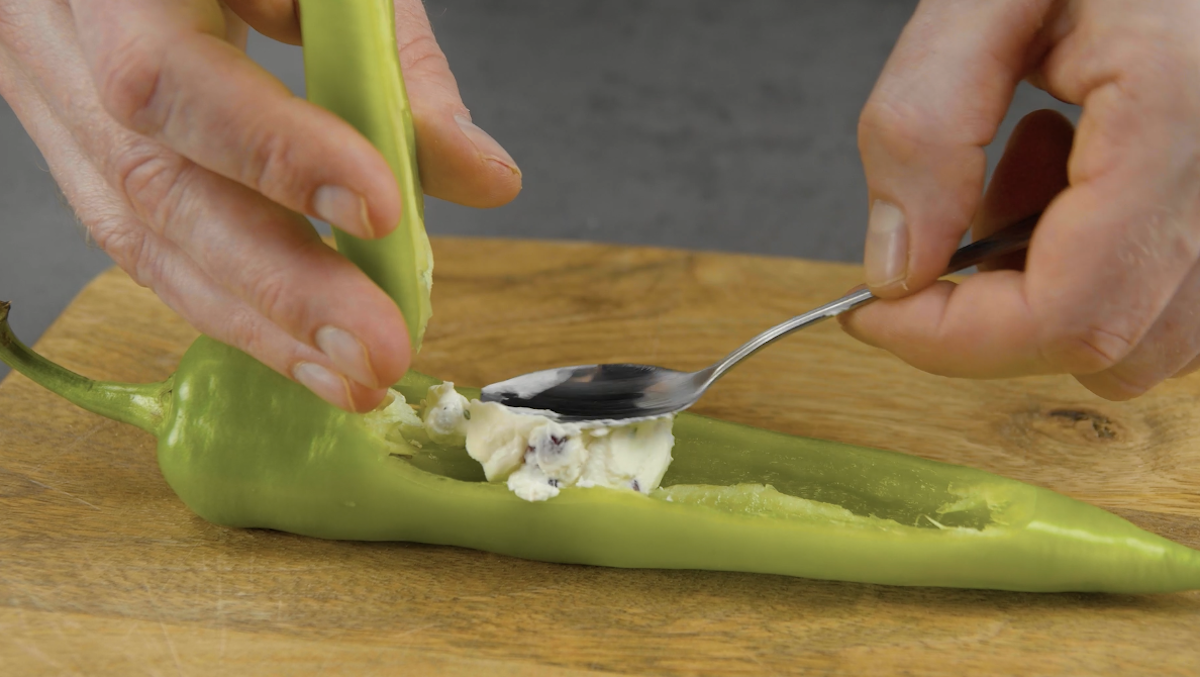 4. Carefully insert the stuffed banana pepper or jalapeños into the seasoned pork loin, letting the peppers stick out slightly on both ends. Heat an oven-safe frying pan with a small amount of vegetable oil in it on medium heat on the stove and sear the pork loin on all sides. Transfer the oven-safe frying pan to the oven and bake the pepper popper-stuffed pork loin at 325°F for 1 hour. 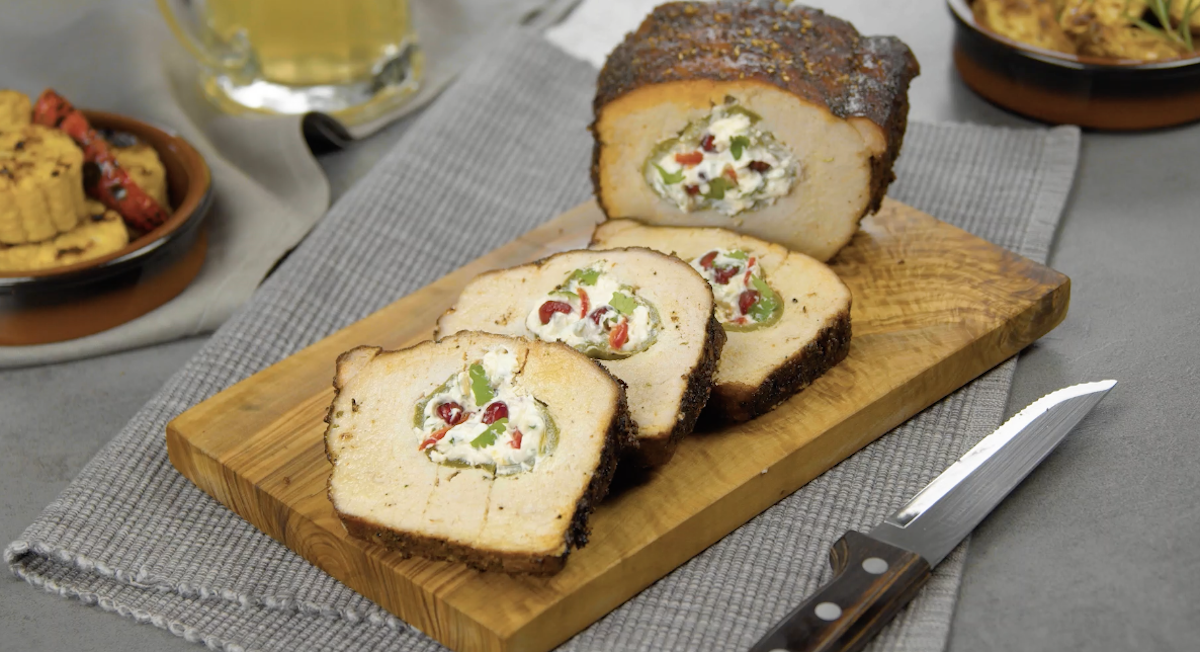 The only thing better than a jalapeño popper is a jalapeño popper stuffed into some deliciously seasoned meat. This colorful, flavorful dish is bound to spice things up on the dinner table as soon as you slice into it!

Get the recipe for the Cheesy Stuffed Pepper Pastries featured in the bonus video.