Many people associate cabbage with the fall and winter seasons, but in reality it's one of the most versatile, inexpensive vegetables available all year round. It also tends to be underutilized, usually only making appearances in side dishes or toppings – but now it's cabbage's time to shine! We're taking an entire head of cabbage, stuffing it with a hearty veggie omelet, and topping it all off with ooey, gooey cheese and crispy bacon. It's a dish as versatile as the cabbage itself, perfect for breakfast, brunch, lunch, or dinner!

1. Preheat the oven to 350°F. Remove the core from the head of cabbage and hollow out the inside, making sure to set aside the interior cabbage pieces for later. 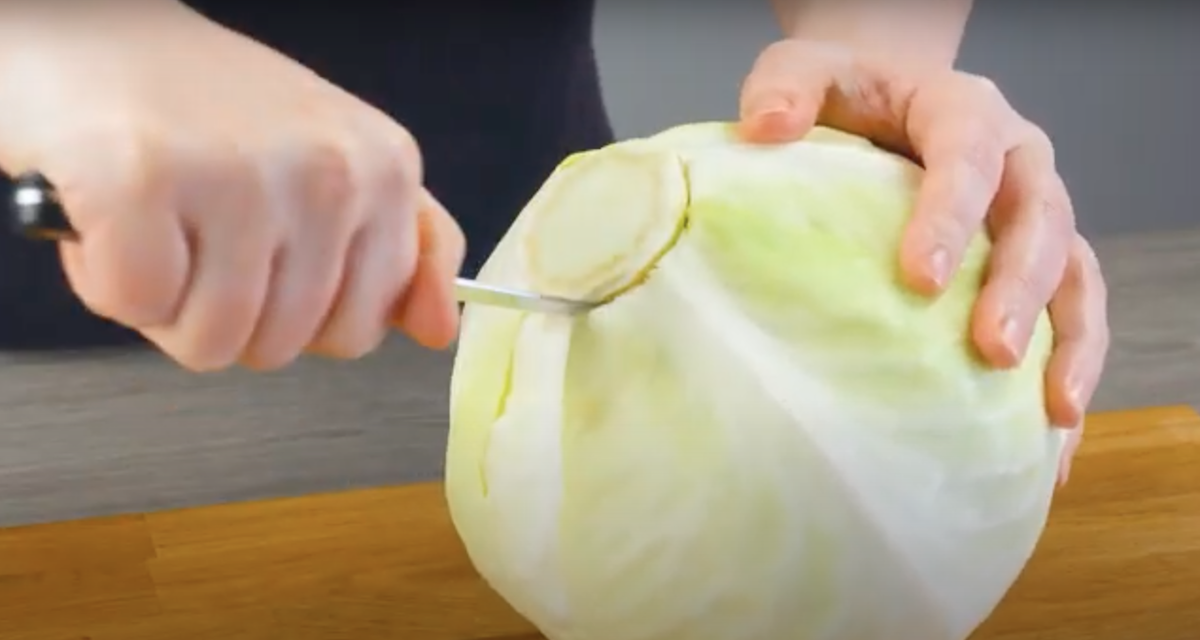 2. Place the head of cabbage on an oven-safe bowl or round casserole dish. Crack 7 eggs into the opening at the top of the cabbage head, pour in the heavy cream, and season with salt and pepper.

3. Remove 1 beater from a hand mixer, stick the beater that's still attached inside the head of cabbage, and beat the mixture thoroughly. 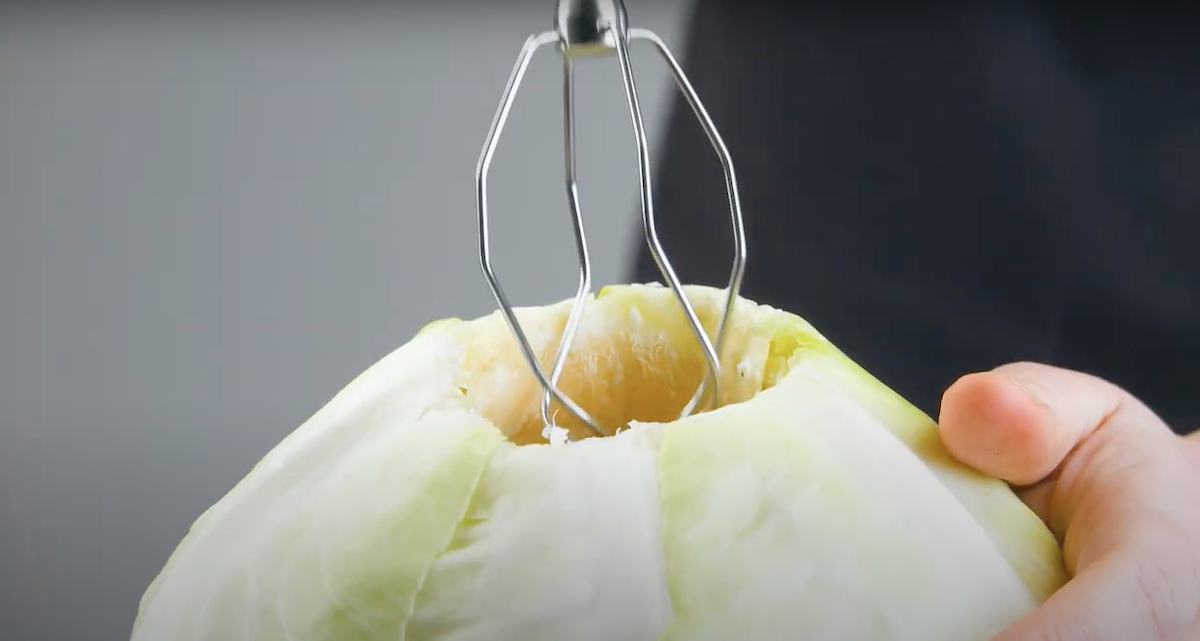 4. Heat a frying pan and sauté the interior pieces of cabbage from earlier, along with the broccoli, sweet potato, red bell pepper, and peas, in a bit of olive oil until tender. 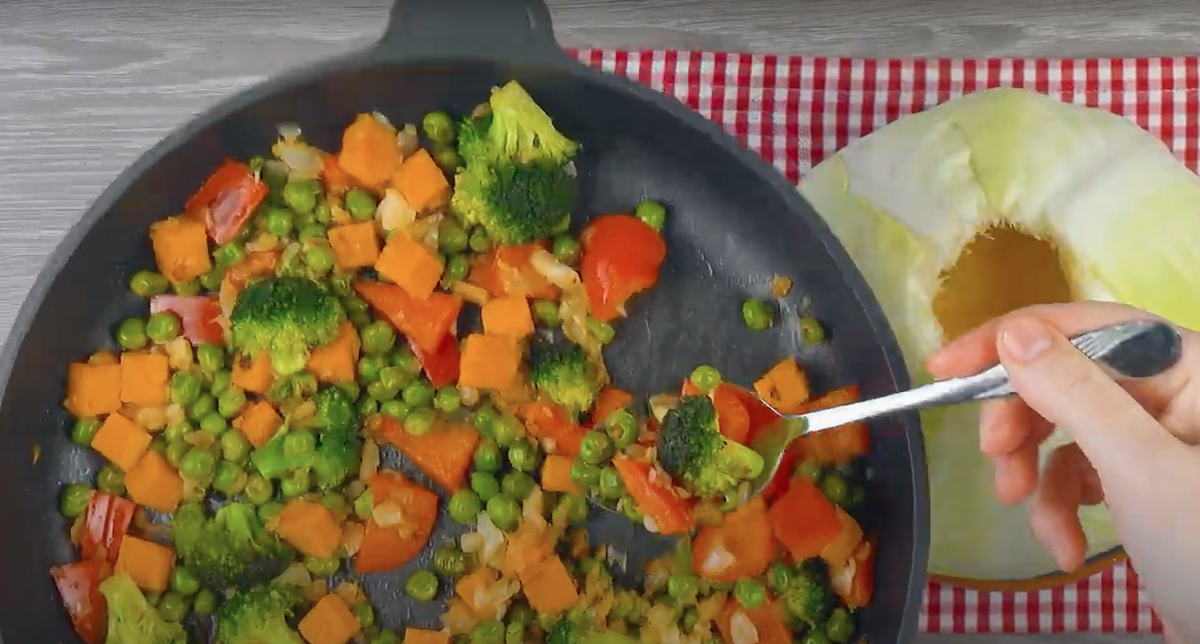 5. Spoon the vegetables into the head of cabbage until it's completely filled. 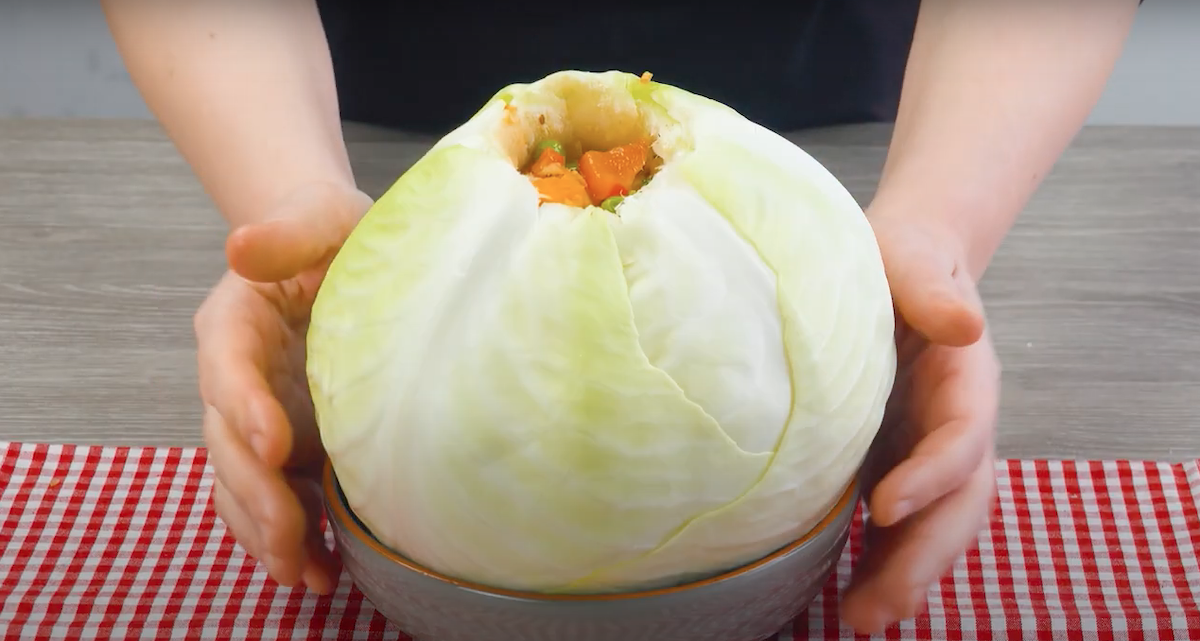 6. Transfer the oven-safe bowl and stuffed cabbage head to the oven and bake at 350°F for 3 hours. If the cabbage starts to brown too much, cover it with aluminum foil. 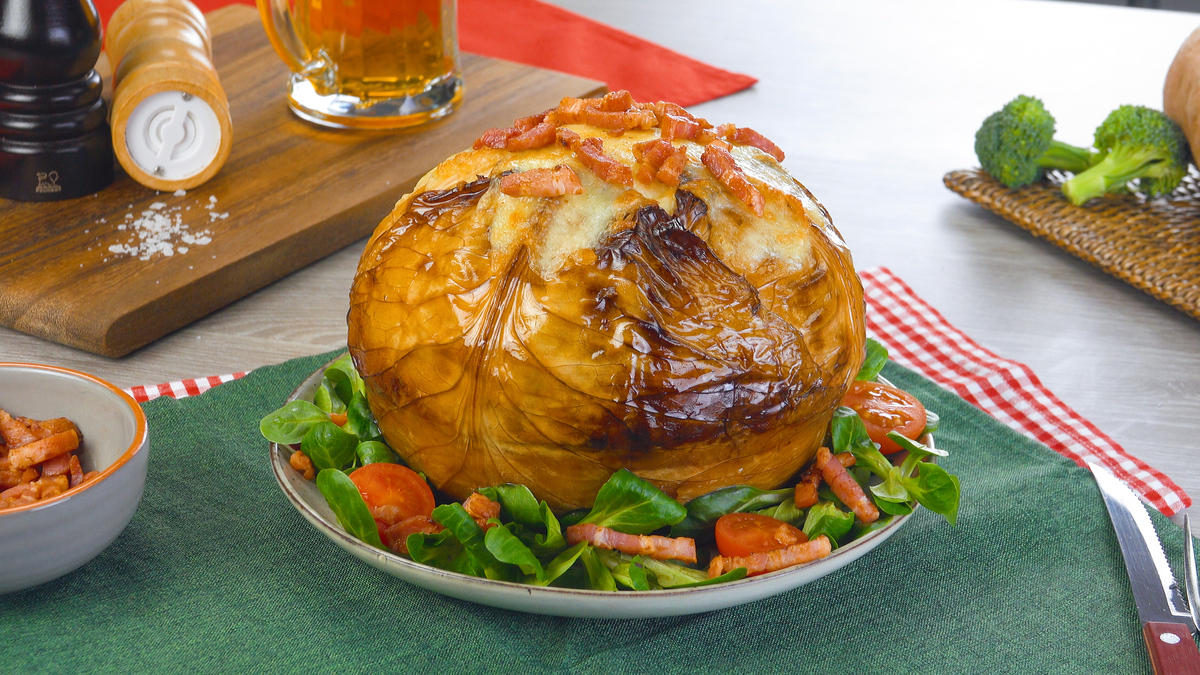 Who knew that combining an oven-baked omelet with a stuffed head of cabbage could be so delicious? Not only is this recipe tasty and original, it looks so impressive once it's sliced up and served to family and friends!

Get the recipe for the White Cabbage Stuffed With Ground Beef featured in the bonus video.