If you had to choose between the two, which one would you pick: mac & cheese or pizza? We had a tough time deciding, too! It's hard to beat the creamy, cheesy simplicity of mac & cheese, but pizza also has the cheese, plus sauce and toppings. Let's face it, they're both pretty much perfect, so we though that combining the two just seemed right! We're taking an insanely delicious, creamy, cheesy helping of mac & cheese, deep frying it, and turning it into the crust for an equally cheesy and delicious pepperoni pizza. Cravings will be a thing of the past as soon as you take your first bite!

For the mac & cheese crust:

For the pizza toppings:

1. Boil some salted water on the stove, cook the elbow macaroni in it for 1 minute less than the cooking time listed on the packaging, then drain it. While the elbow macaroni is cooking, melt the butter in a large frying pan and stir in the flour. Once combined, pour in the milk, stir everything together, and add in the cheddar cheese. Keep stirring until the cheese sauce becomes thick and creamy. Bring the cheese sauce to a boil, let it thicken briefly, then fold in the cooked elbow macaroni and stir until combined. Press the mac & cheese firmly into the base of the pan, making it into the shape of pizza crust. Let everything cool briefly, then transfer the frying pan to the freezer and freeze for about 2 hours. 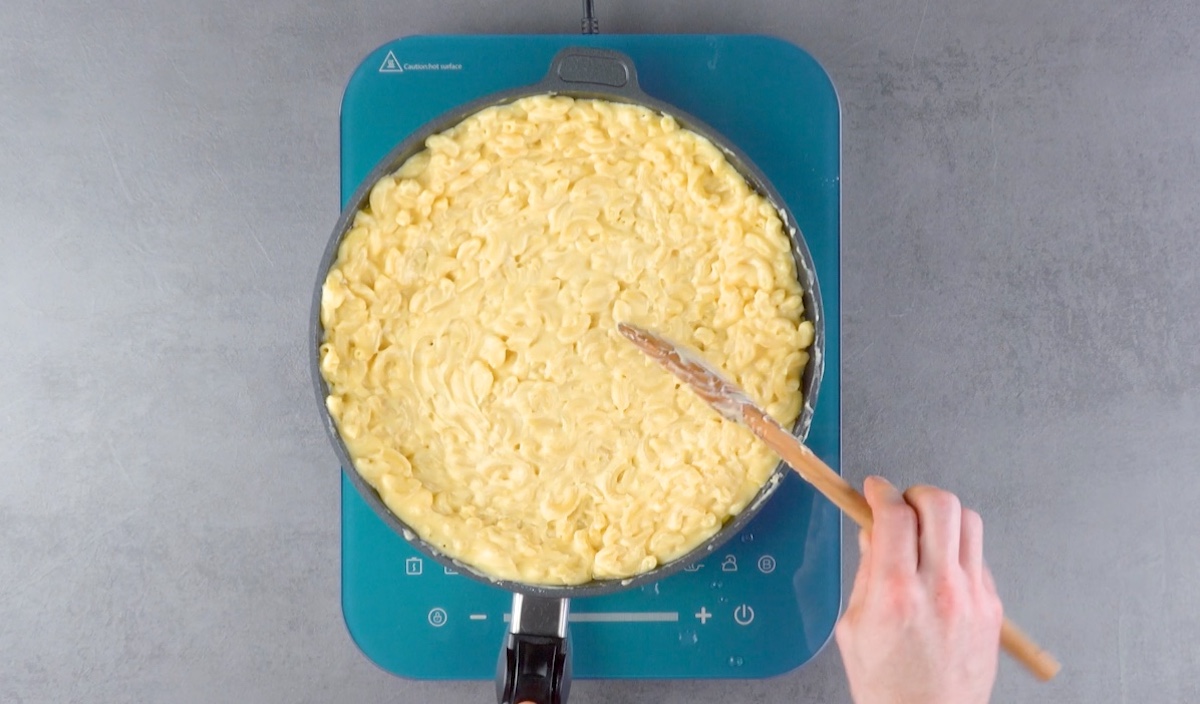 2. Preheat the oven to 400°F, heat a large frying pan with a thick layer of cooking oil on the stove, and set up your breading station with the flour, whisked eggs, and bread crumbs. Carefully remove the frozen mac & cheese crust from the frying pan, then cover it in flour, dredge it in egg wash, and coat it with bread crumbs. Deep fry the mac & cheese crust in hot cooking oil until golden brown on both sides. Spoon the tomato sauce into the center of the fried mac & cheese crust, sprinkle with shredded mozzarella, and top the pizza off with slices of pepperoni. Place the mac & cheese pizza on a baking tray, transfer the baking tray to the oven, and bake at 400°F for 10 minutes. 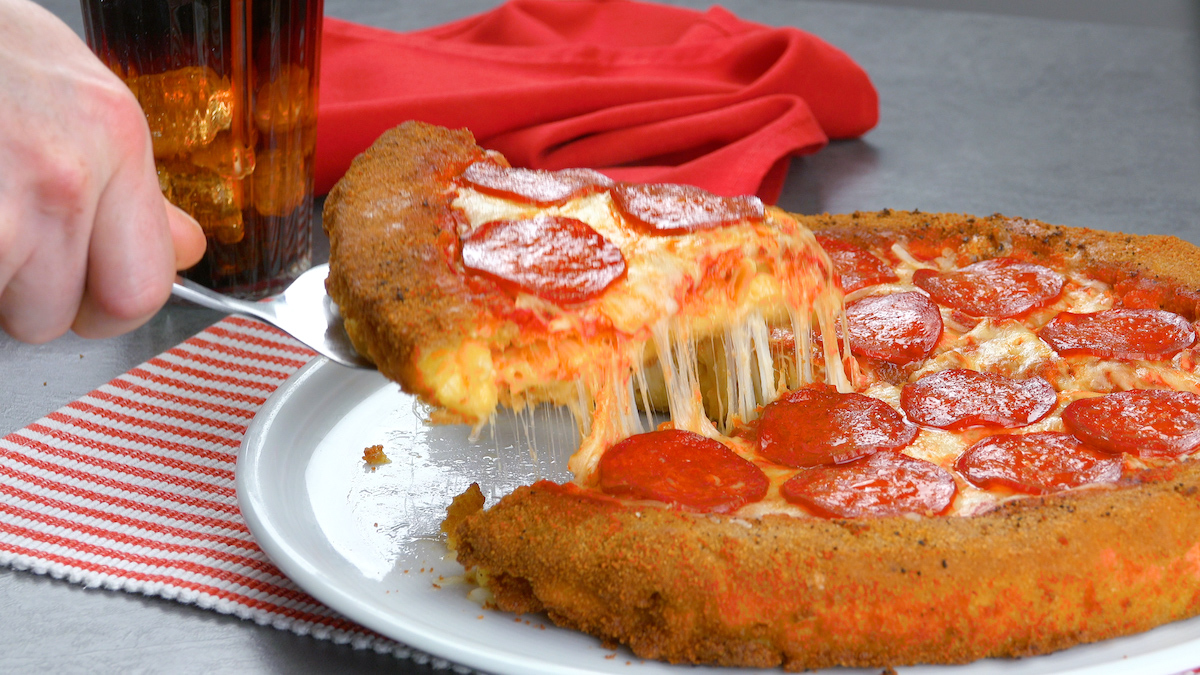 A pepperoni pizza with deep-fried mac & cheese crust sounds almost too good to be true! This decadent delicacy is the stuff dreams are made of. But don't take our word for it – try it for yourself!

Get the recipe for the Pepperoni Pizza With Spaghetti Crust featured in the bonus video.