This recipe is a spin on one of the most beloved breakfast items of all time: the omelet. We've created 6 different hearty omelet layers stuffed to the gills with a variety of veggies and cheeses and then baked in the oven. Sprinkle some bacon on top, and you've got yourself a ticket to paradise in the form of an omelet cake. So if you're into breakfast food and are down to experience something new and exciting, give this recipe a try!

For the omelet batter:

1. Preheat oven to 350°F. Put the eggs, flour, and cream cheese in a bowl and mix until it forms a smooth batter. Season with salt and pepper.

2. Heat a pan over medium heat with some olive oil and pour 1/6 of the omelet batter into the hot pan. Spread the creamed spinach over the omelet and season with nutmeg. Cover the pan with a lid and let the omelet cook slowly. Once done, sprinkle mozzarella cheese on top. 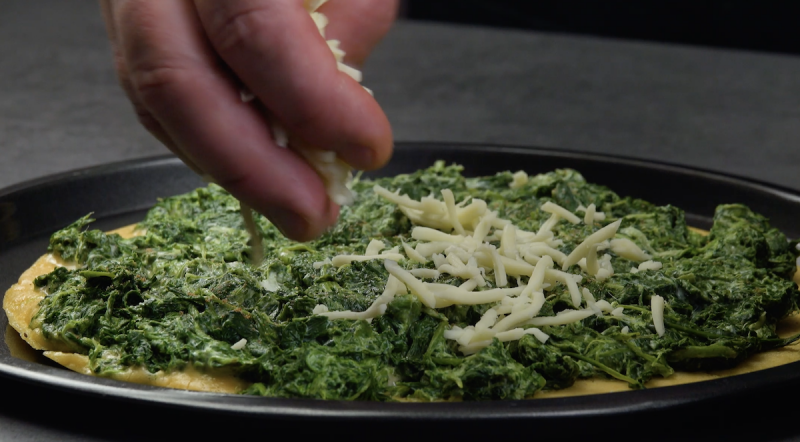 3. For the next omelet, pour the same amount of batter in the pan as before and spread the diced yellow bell pepper over the omelet. Put the lid on and let the omelet cook all the way through. Now place the omelet on top of the first omelet and sprinkle the second omelet with Swiss cheese. 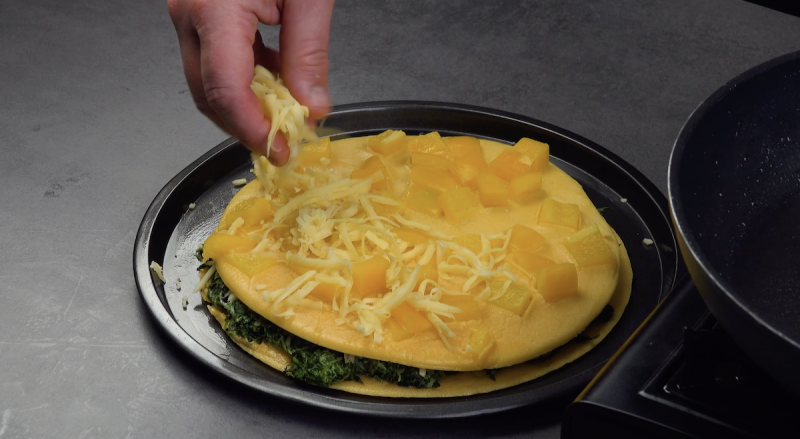 4. For the third omelet, spread the omelet in the pan with the sliced mushrooms. Once done, put it on top of the second omelet and then spread cheddar cheese over it. 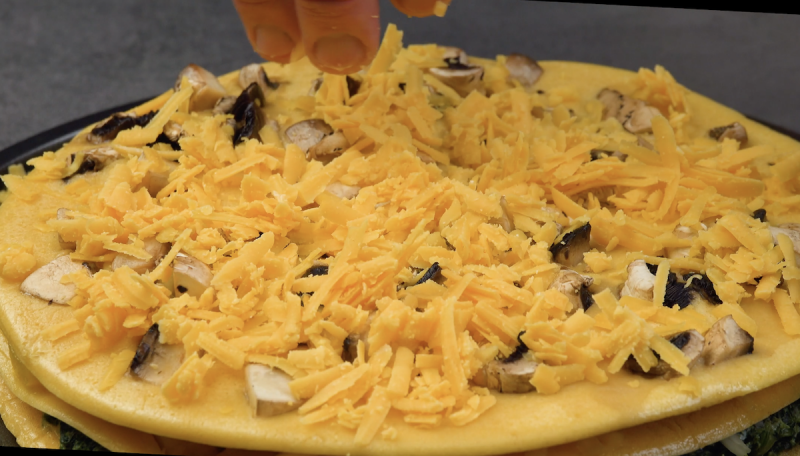 5. For the next omelet, spread the  diced pickles all over the batter. Once it's done, put it on top of the other omelet and sprinkle with mozzarella. 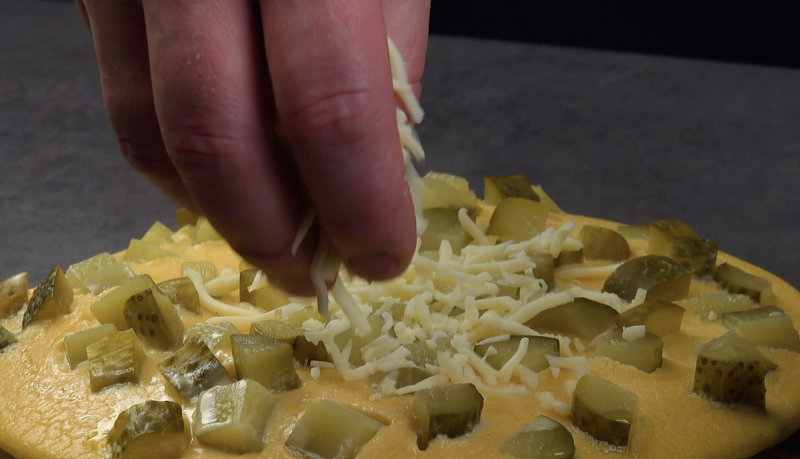 6. For the penultimate omelet, put the chopped red bell pepper all over the batter, place it on top of the other omelet, and sprinkle with cheddar cheese. 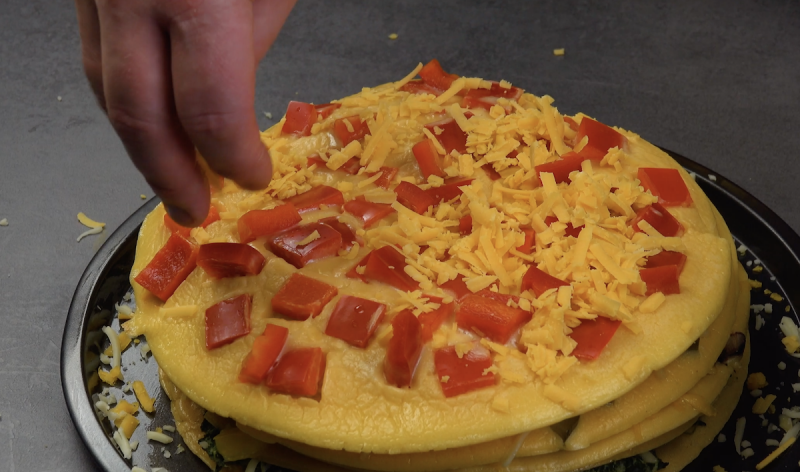 7. Sprinkle the final cooked omelet with all three of the cheeses and the diced bacon. Stick 4 wooden skewers into the omelet layers and bake in the oven for 25 minutes. 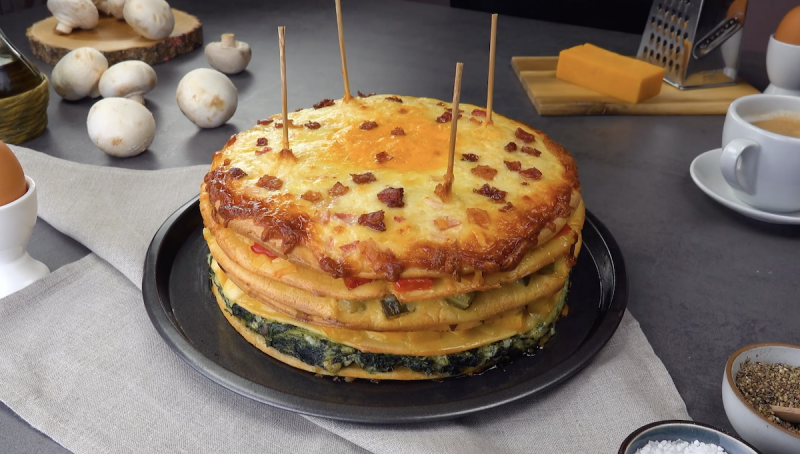 When you're ready to serve your 6-tiered omelet cake, garnish it with some chives. As per usual, you can use whatever veggies you like. Mix it up! How about tomatoes, onions, or zucchini? You could even turn it into a sweet treat by using different kinds of fruit and chocolate chips instead of cheese. They sky's the limit!

Check out the recipe for the Savory Crepe Cake featured in the bonus video.