Donuts are one of the tastiest sweets out there, and there's a delicious amount of variety when it comes to the type of donut you can choose from. There's the classic donut that's light and fluffy and just kind of melts in your mouth when you bite into it. Then there's the cake donut which is a bit heftier when compared to the classic kind – it's a fan favorite, and for good reason. Last but not least in the pantheon of great donuts, is the jelly donut that's just bursting with fruity deliciousness. Now what if we told you that we combined elements of all 3 of those donuts and created 1 giant donut? Well buckle up, because that's exactly what we did here!

For the donut cake:

For the raspberry jelly:

For the chocolate ganache frosting:

1. Remove the base of a springform cake pan, place the springform ring on its side, and balance the ring on top of a small casserole dish so that it doesn't roll away. 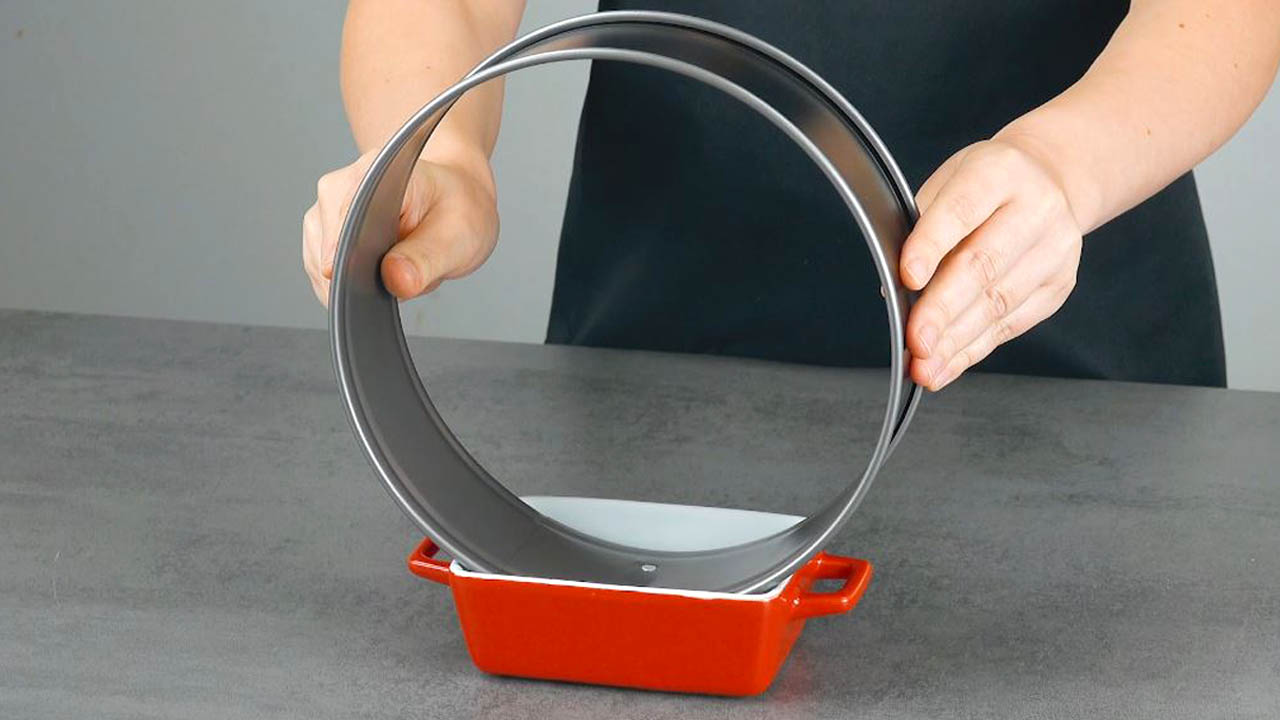 2. Slice the glazed donuts in half diagonally. 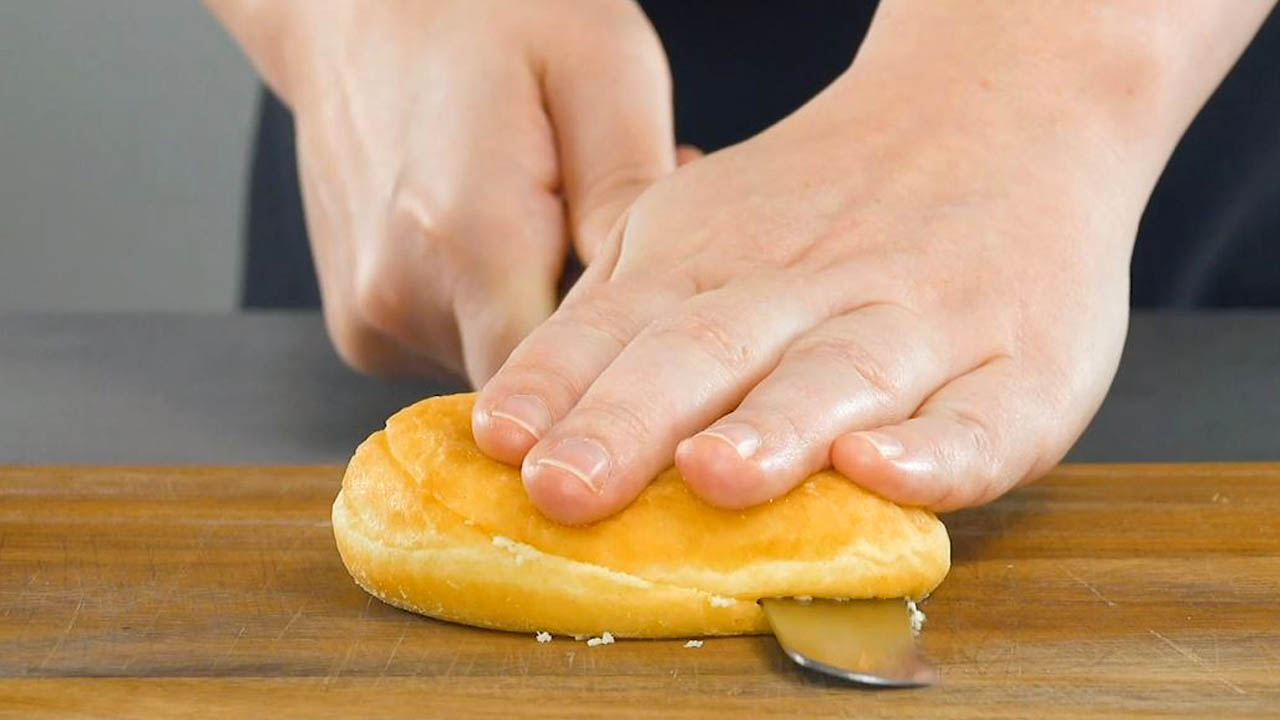 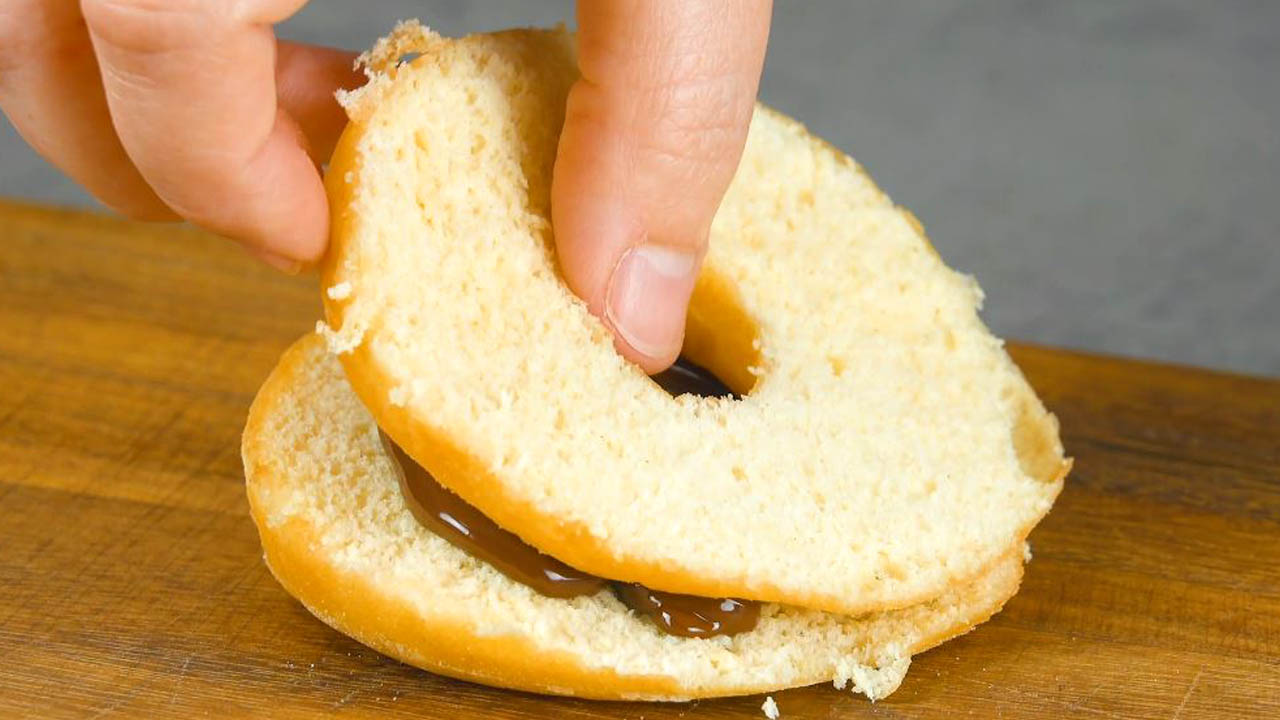 4. Place the donuts upright in the springform ring with the wider sides on the bottom. 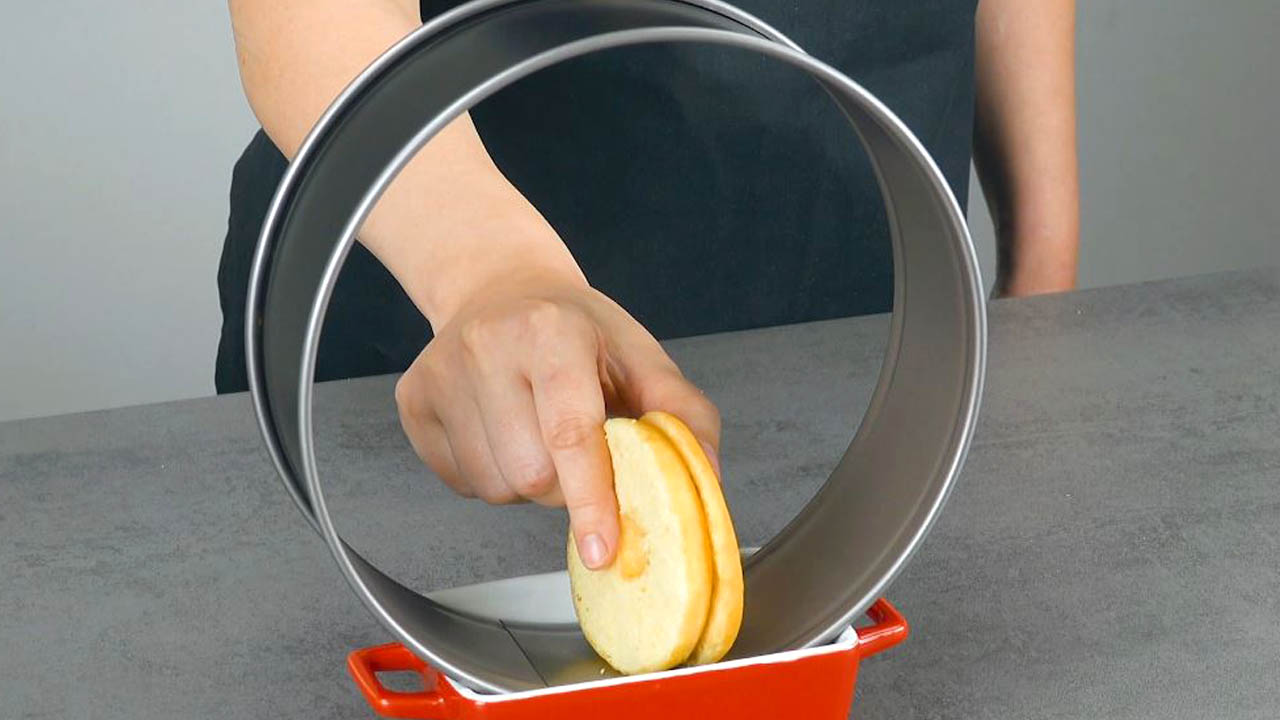 5. Continue gluing the donuts together with melted chocolate and stacking them in the springform ring until you have an almost complete ring of donuts. 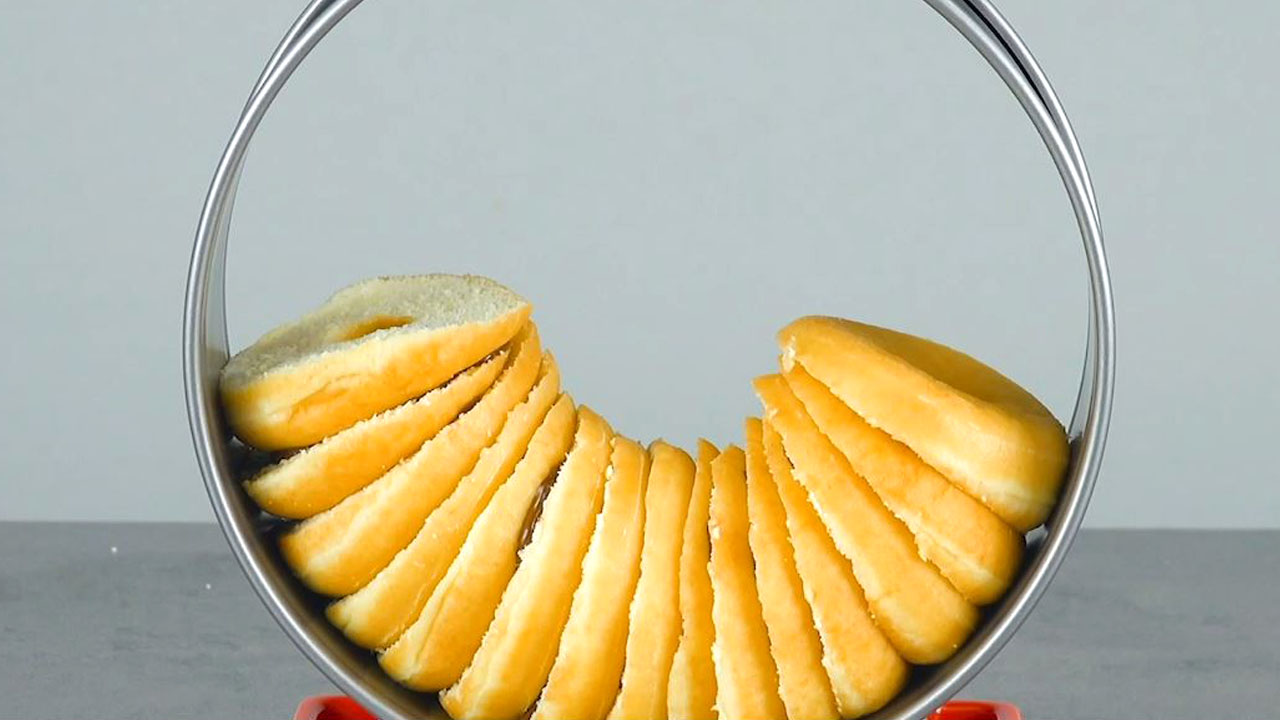 6. Once only a few donuts are left, puree the raspberries and powdered sugar with an immersion blender and pass the raspberry puree through a fine-mesh sieve to remove the seeds. Transfer the raspberry jelly to a piping bag and squeeze it into the collective donut hole in the springform ring. 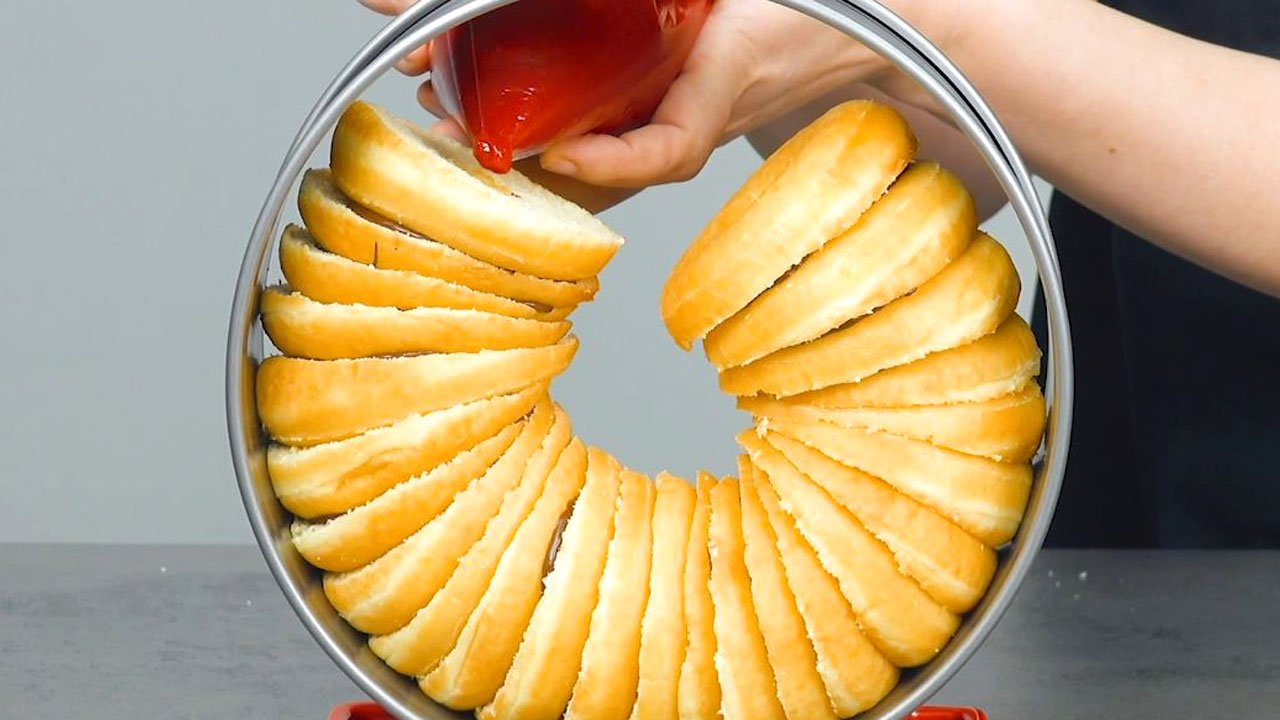 7. Add the rest of the halved donuts to the springform ring to complete the donut cake. Let the chocolate set and then lay the jelly donut cake flat on a cake plate. 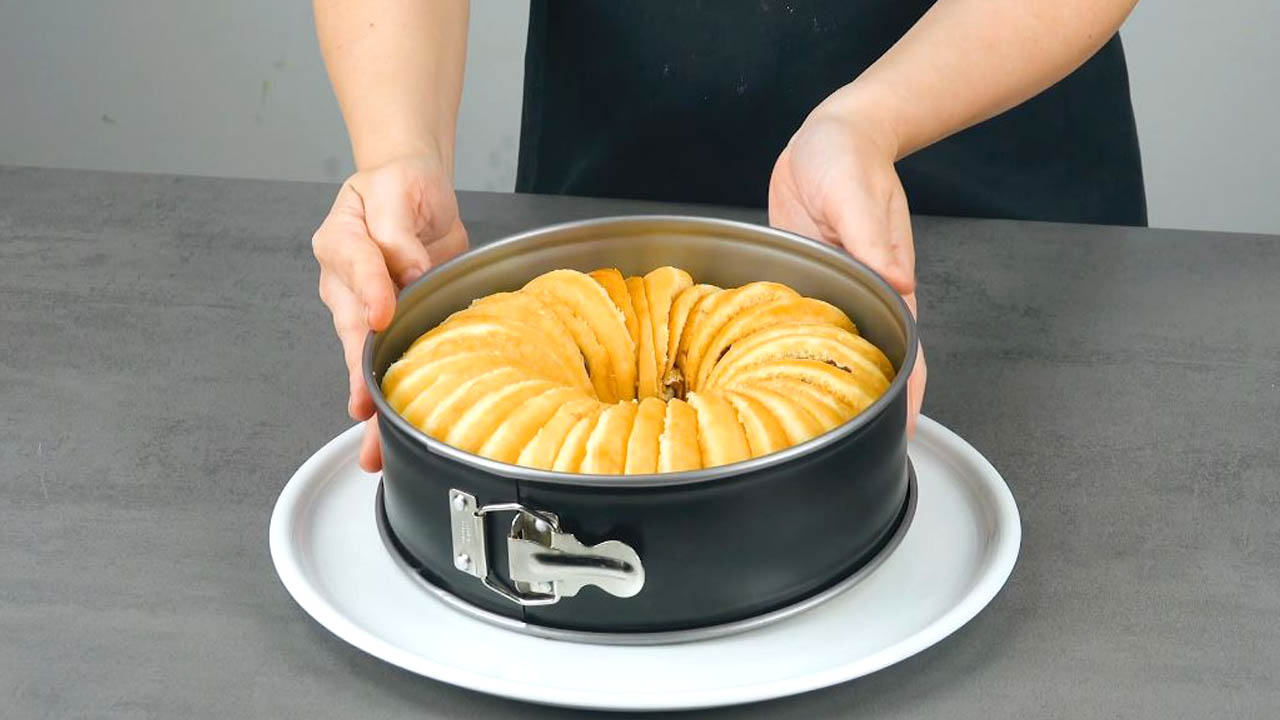 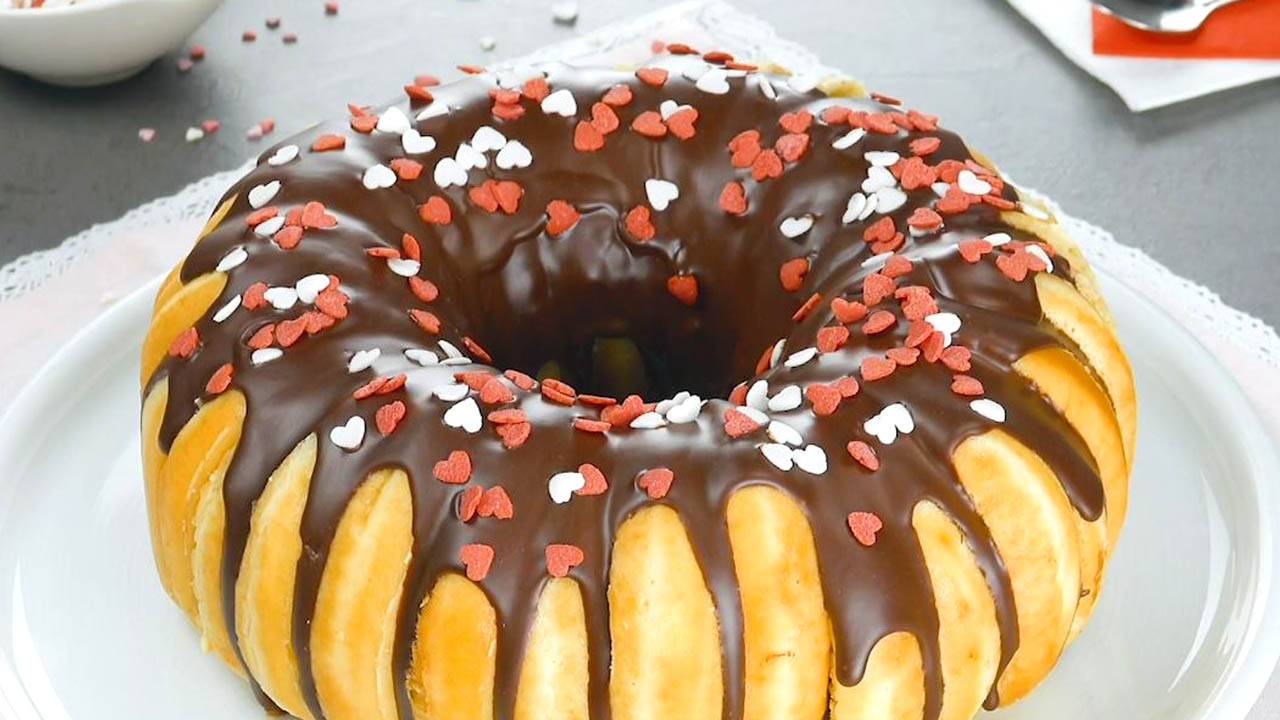 This might be one of the all-time greatest desserts that you'll keep coming back to whenever you're craving an overdose of donutty goodness – it looks like you really can have it all!

Get the recipe for the Chocolate Donut Cake featured in the bonus video.