Ramen is probably one of the most hyped food trends of the last couple of years, and for good reason. The popularity of this Japanese noodle soup makes a lot of sense: it's tasty, filling, and perfect for those colder days when you just need a hug in a bowl. And surprise, surprise – ramen is actually pretty easy to make from scratch, which is what we're going to show you how to do with these delicious recipes right here!

For the ramen noodles:

For the chicken broth:

For the vegetable broth:

1. Combine all the ingredients for the ramen noodles and mix them with your hands. Then use your elbows to knead the dough – the weight and pressure will help the gluten develop. Wrap the dough in plastic wrap and let it rest for 1 hour. If you have a pasta machine, work the dough until it's about ¾-inch thick. 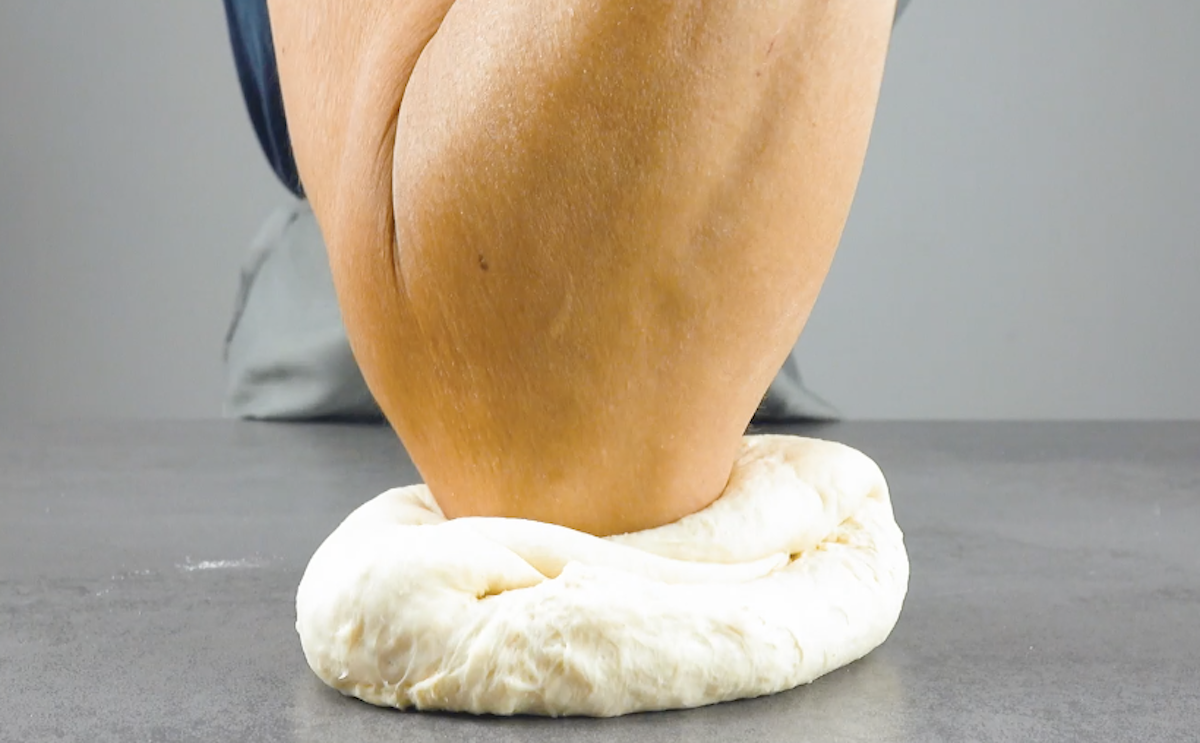 2. Add the chicken breast to a pot along with the ginger, scallion, and salt and cook over low heat for about 1 hour. Sprinkle some potato flour on a work surface and cut the noodle dough into 2 pieces so you can also make some for the veggie version. Roll out one half of the dough until it's about ¾-inch thick. Then fold the dough as shown in the video. 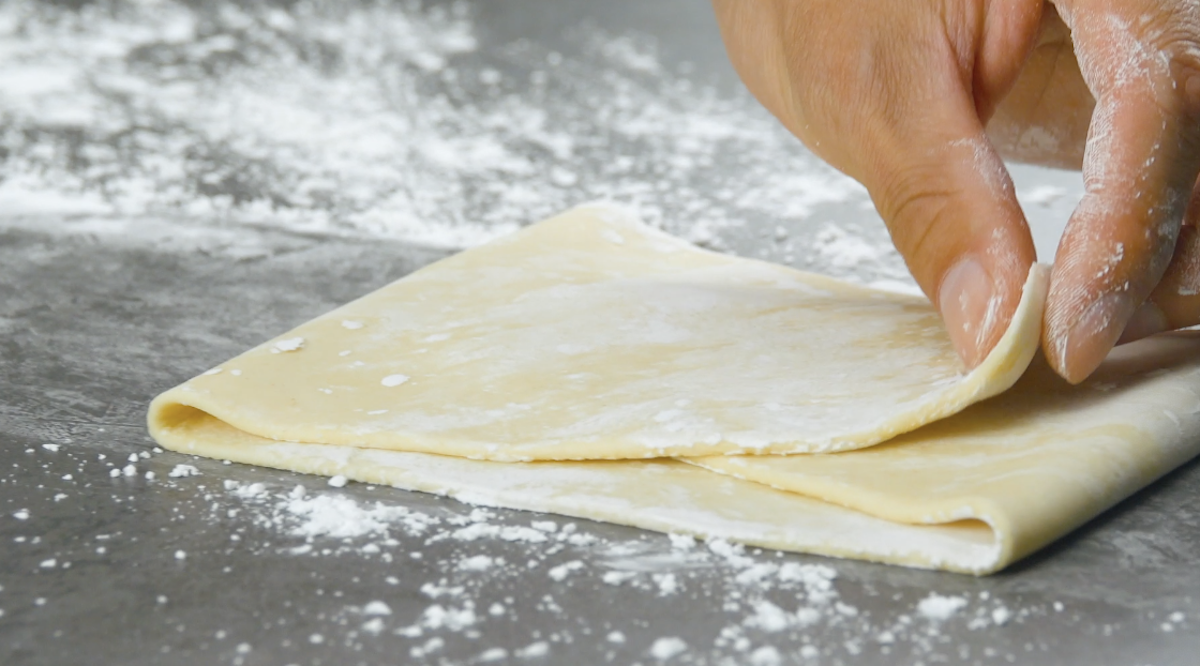 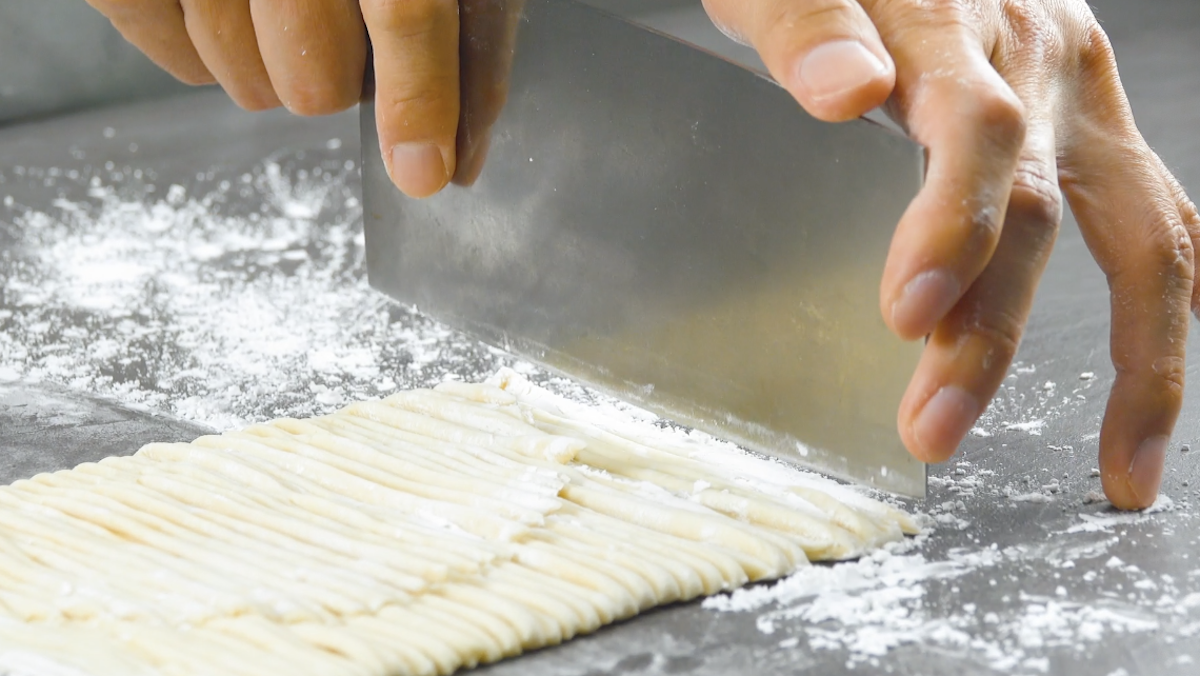 4. In a separate pot, bring some water to a boil and blanch the bok choy for about 30 seconds. For the topping, cut the scallions into long, thin strips. Remove the chicken breast, ginger, and scallion from the pot and chop up the meat. Add the sesame oil to a bowl, pour the chicken broth over it, and season with salt. Cook the noodles for about 1 minute in boiling water. Add the noodles to the soup and add the sliced chicken breast, bok choy, scallions, and chili threads. 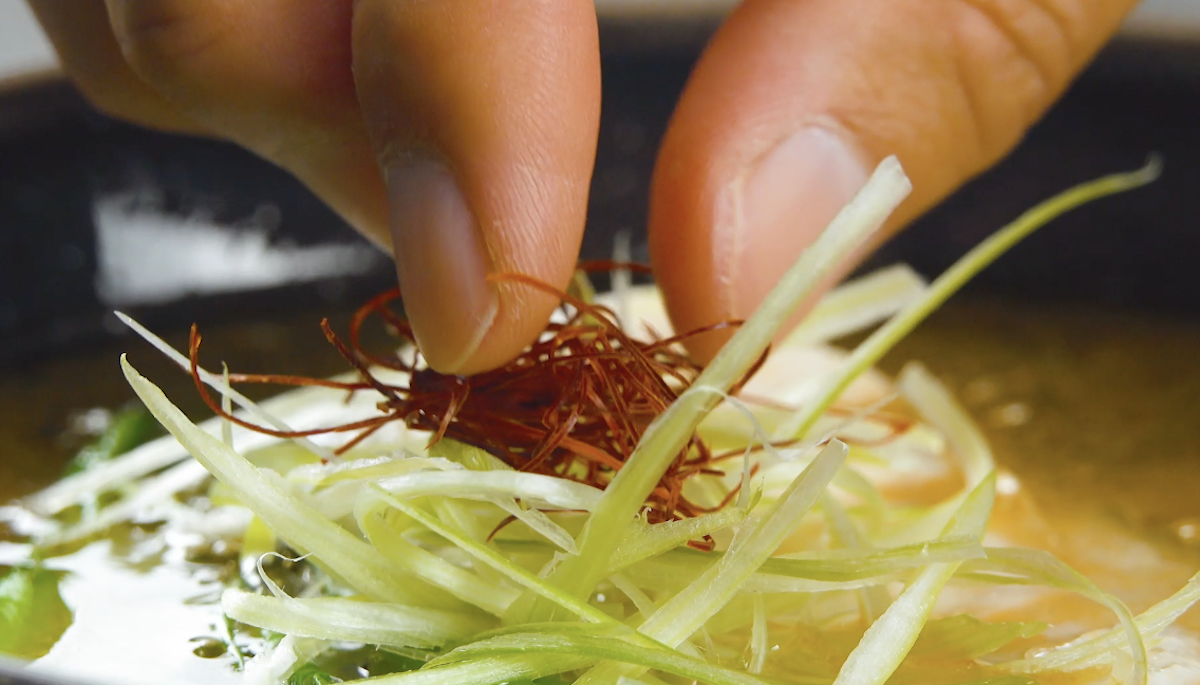 5. For the veggie version, boil an egg, peel it, and then cut it in half. Fry the oyster mushrooms and tomatoes in a pan, adding a pinch of salt. Blanch the bok choy in hot water and cut the scallions into thin, long strips. Add garlic and ginger to the vegetable broth and bring it to a boil. Then remove the garlic and ginger from the pot. Add the miso, sesame oil, and soy sauce to a bowl, and pour in the vegetable broth. Cook the noodles for 1 minute and add them to the bowl as well. Garnish the veggie ramen with the oyster mushrooms, tomatoes, egg, bok choy, and scallion strips. 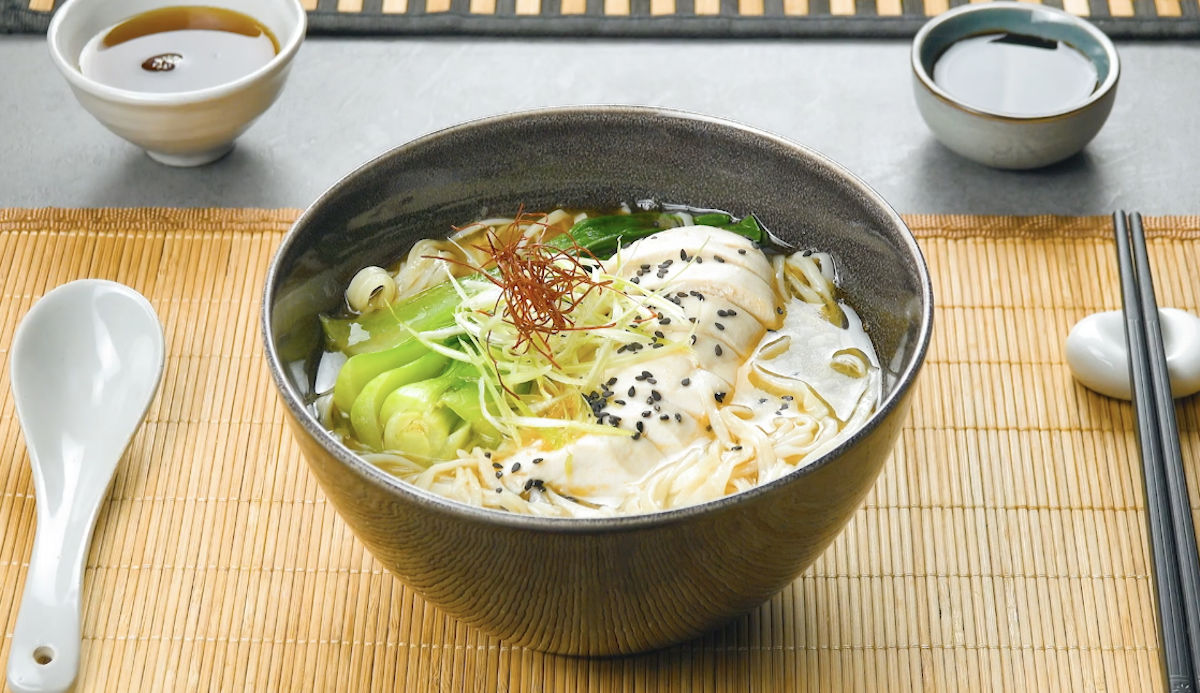 Who knew making ramen from scratch was this easy?! Now go ahead and slurp up that yumminess and enjoy your homemade, mouthwatering bowl of ramen!

Get the recipe for the Homemade Sushi featured in the bonus video.