You can never go wrong with a ham and cheese sandwich – it's easy to make, tastes great, and fills you up. But have you ever thought about making a giant toasted version? Yes, it actually can be done! Now you can take your plain sandwich to a whole new level.

For the ham & cheese roll:

For the egg mixture:

For the béchamel sauce:

1. Preheat the oven to 325°F and remove the crusts from the slices of bread. 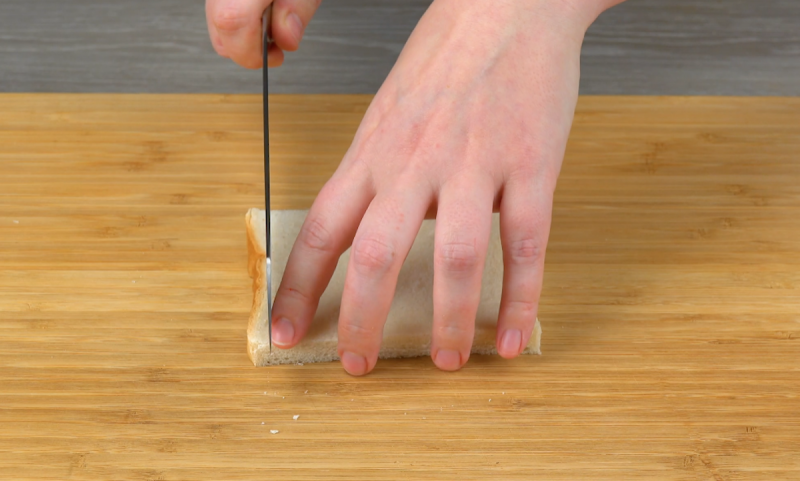 2. Arrange 4 slices of bread so that they overlap, "glue" the pieces together with a whisked egg white, and flatten the row of bread with a rolling pin. 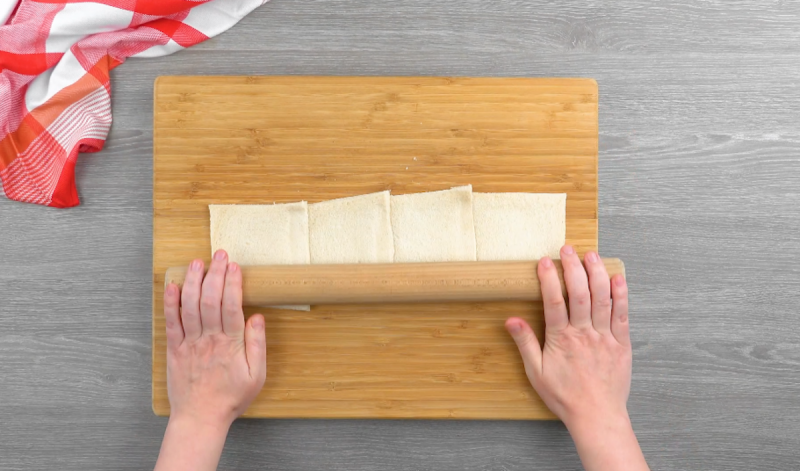 3. Brush mustard over the row of bread. 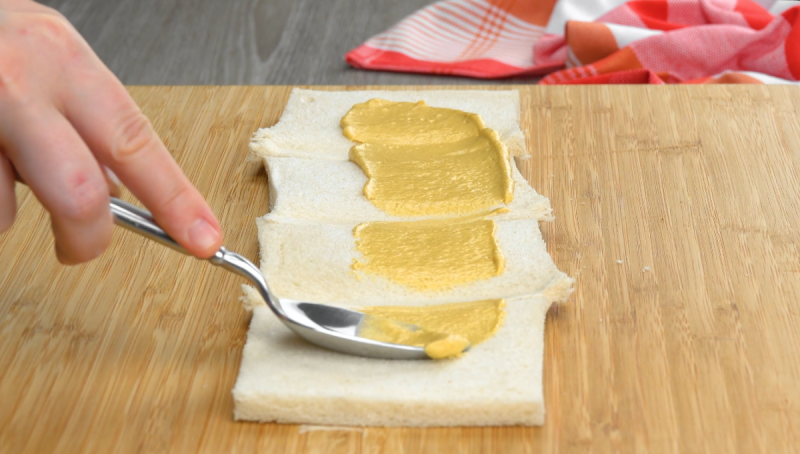 4. Top the bread row with 3 slices of Swiss cheese and 2 slices of ham. 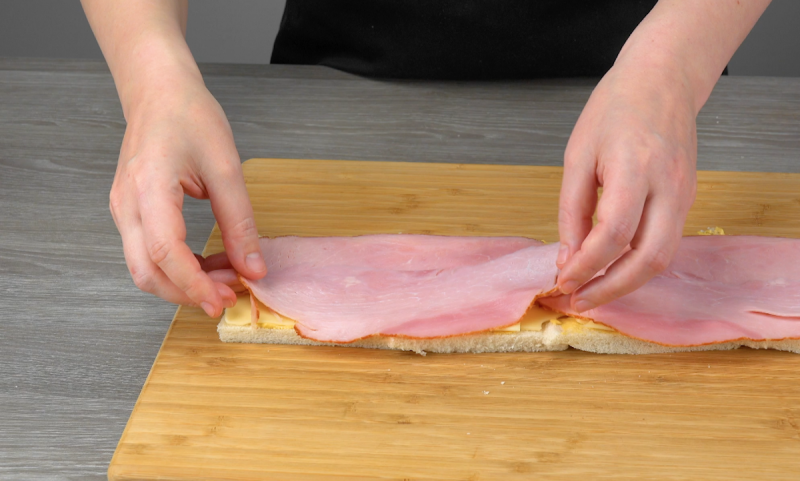 5. Cut the row in half lengthwise so that you have 2 bread strips. 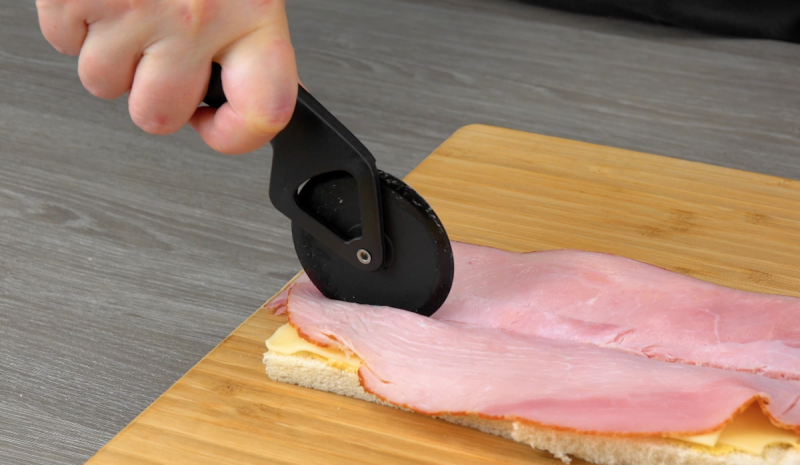 6. Repeat Steps #2-5 with the rest of the ingredients so that you have 10 bread strips in the end. 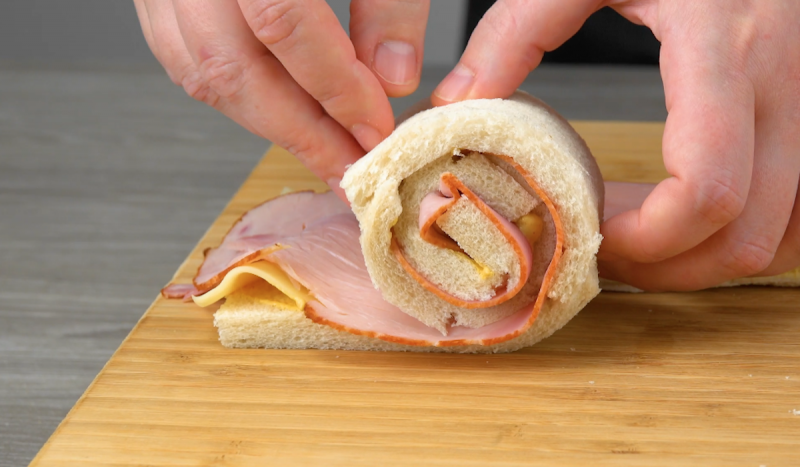 7. Roll up the first bread strip. Place the first roll on the second bread strip and roll it up into a bigger roll. Continue rolling in this manner until you have a giant bread roll with 10 layers. 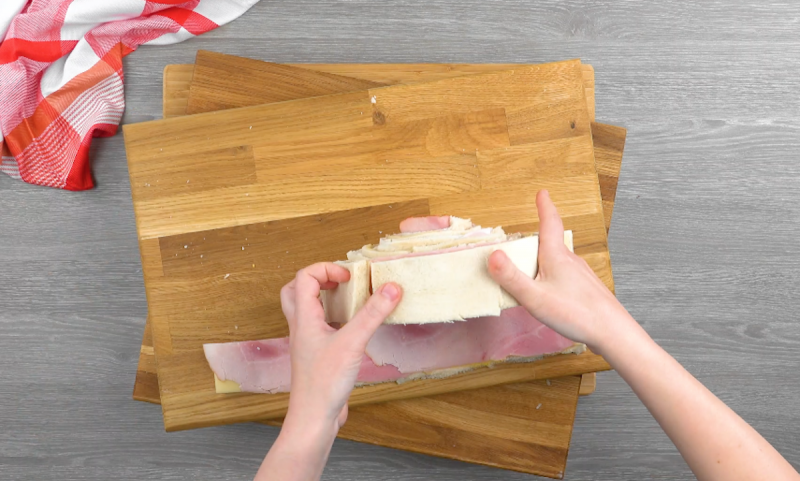 8. Place the ham & cheese roll in a 9-inch springform pan. 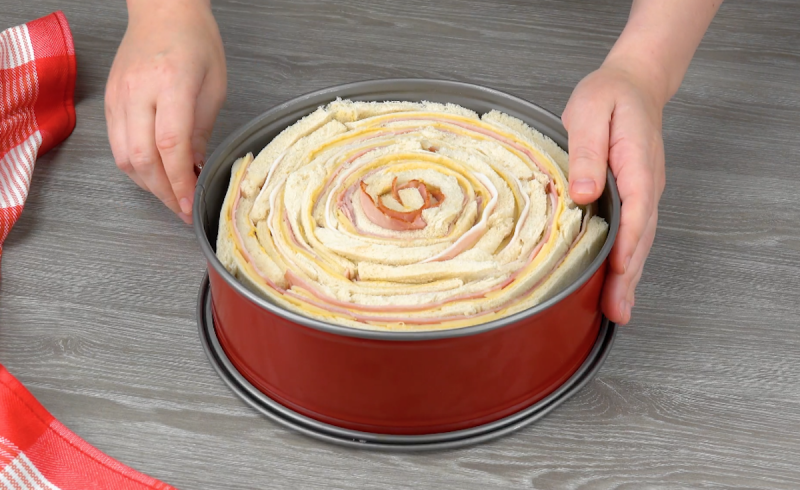 9. Whisk together the ingredients for the egg mixture and pour it over the ham & cheese roll. Let the liquid seep into the bread, transfer the pan to the oven, and cook at 325°F for 45 minutes. 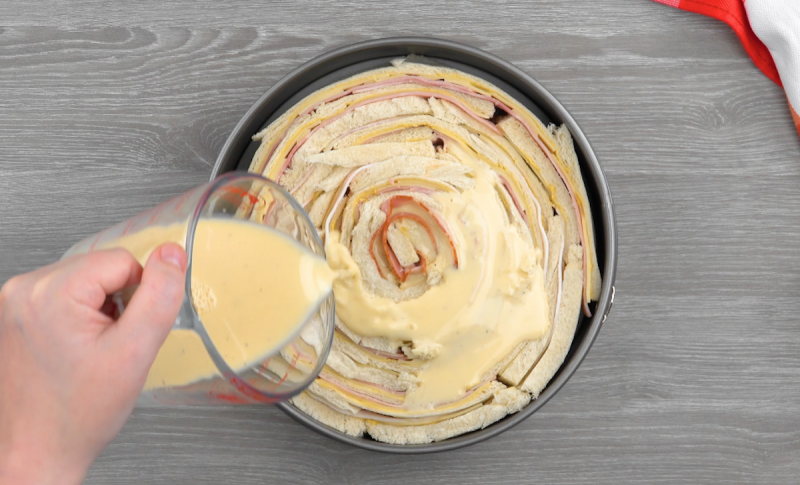 10. Meanwhile, prepare the béchamel sauce. Melt the butter in a saucepan over medium heat and add the flour, stirring constantly so it doesn't burn. Stir in the milk, season with salt, pepper, and nutmeg, and let simmer. Add the shredded Swiss cheese and stir until completely melted. 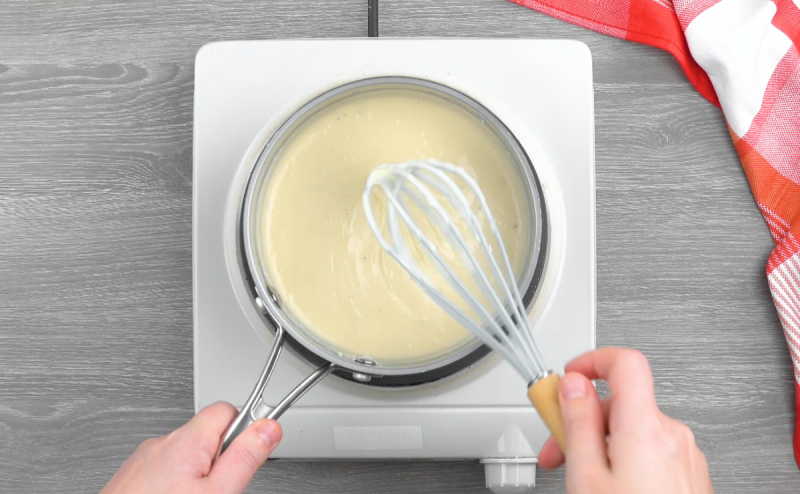 11. After 45 minutes in the oven, pour the béchamel sauce over the ham & cheese roll in the springform pan, sprinkle 1 cup of shredded Swiss cheese on top, and broil on high for another 5 minutes. Garnish the finished dish with fresh parsley. 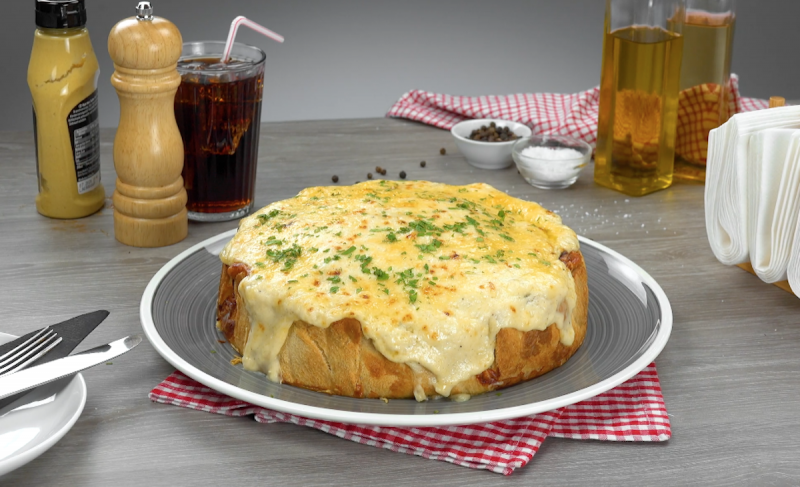 You can find the recipe for the Breakfast Toast Casserole featured in the bonus video here.