The biggest rosti that’s ever come out of our kitchen!

What are the Swiss known for, apart from yodelling, cuckoo clocks and chocolate? Well, rosti and cheese are among the most popular exports from the Alpine republic. And because they are both so tasty, these ingredients are best enjoyed together as part of a hearty meal. Choose your favorite variation and create something really, really great.

For the basic rosti recipe:

For the potato mixture, first peel the potatoes, grate them into a large bowl and then press the juice out of them with the help of a dishcloth, or just your hands. 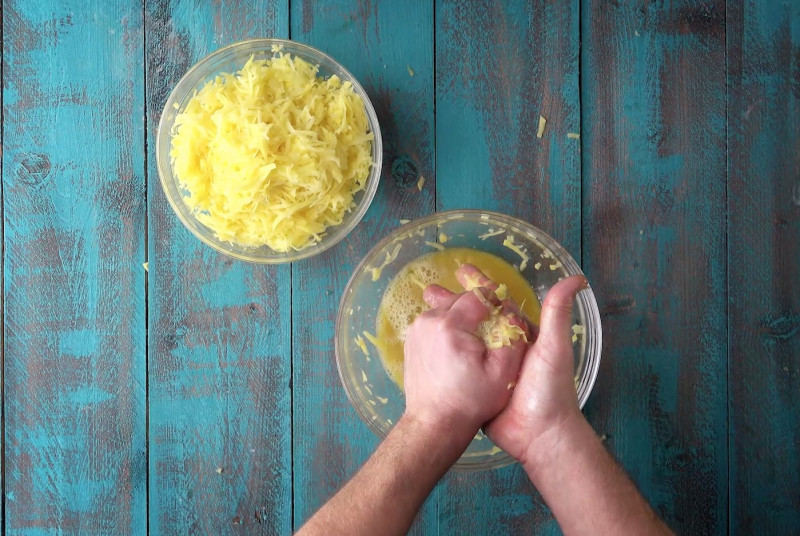 Season to taste with salt, pepper and nutmeg, and add the thyme. Then add the egg to the potato shavings and mix everything thoroughly; you can use a fork if you need to. 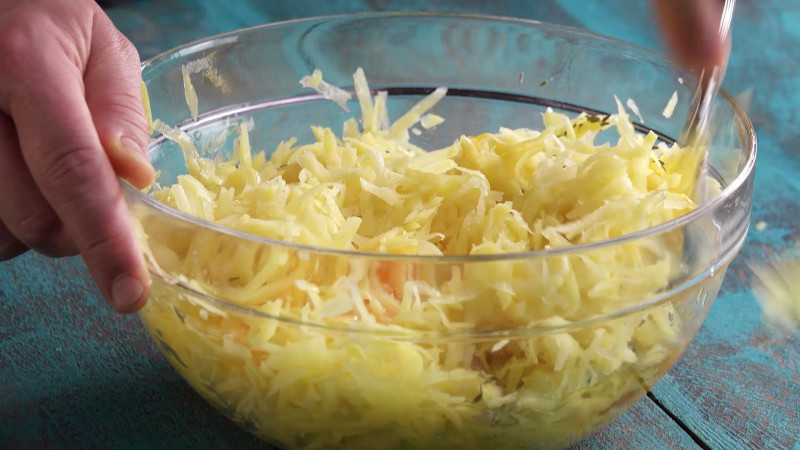 For the frying, you should have two pans ready, each with a diameter of 11 inches. First, let the oil heat up in one of them, spread out half of the grated potato mix evenly and bake it slowly in the olive oil over a low heat. 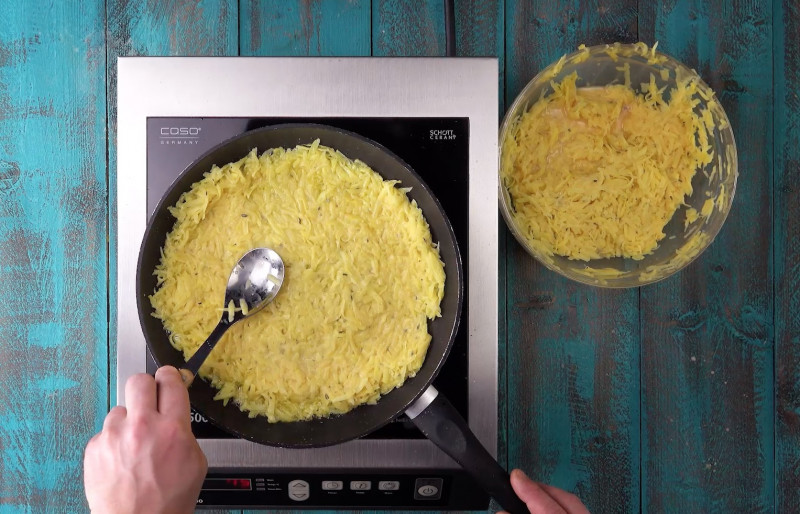 Continue as described below in Variations 1 and 2. Then spread the rest of the potato shavings on top of the filling and smooth them flat with a spoon. 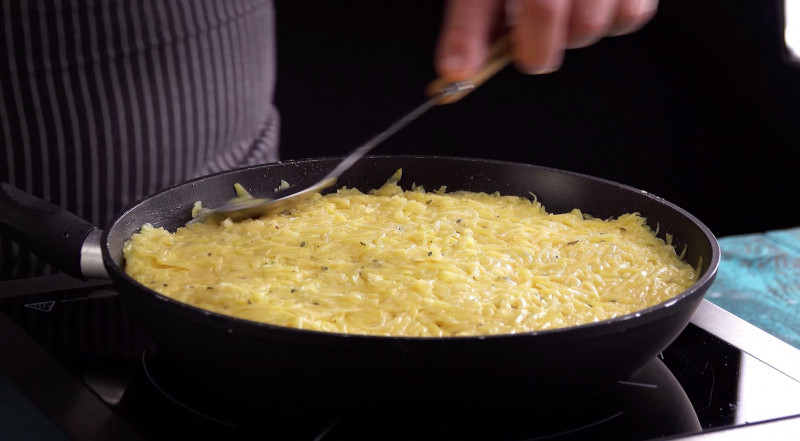 Let the layers bake together a while longer. Next take the second pan and place it over the first pan like a lid and turn the giant rosti into it. What was the underside of the rosti should already be baked, and should be golden brown in color.

Move the rosti a little in pan and keep frying until the second side is the same color as the first. 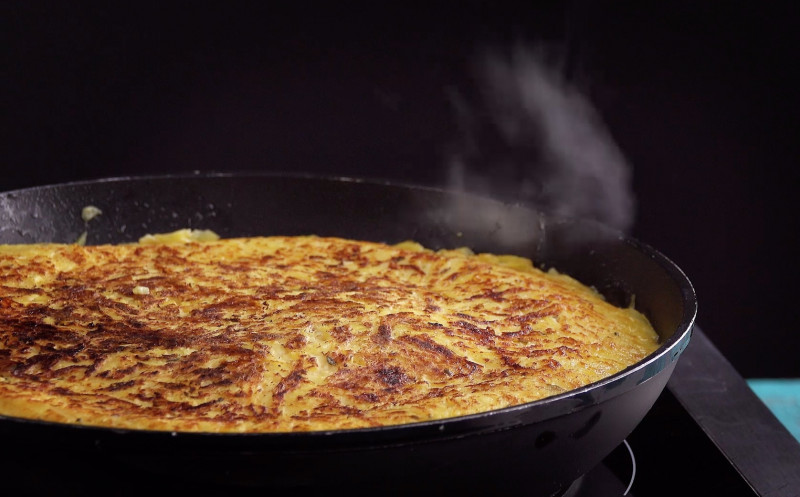 For the cheese mixture:

After you have spread the first half of the potato mixture in the pan, mix the three cheese together and spread them evenly over the rosti. Leave a gap around the edge that's slightly less than 1 inch. 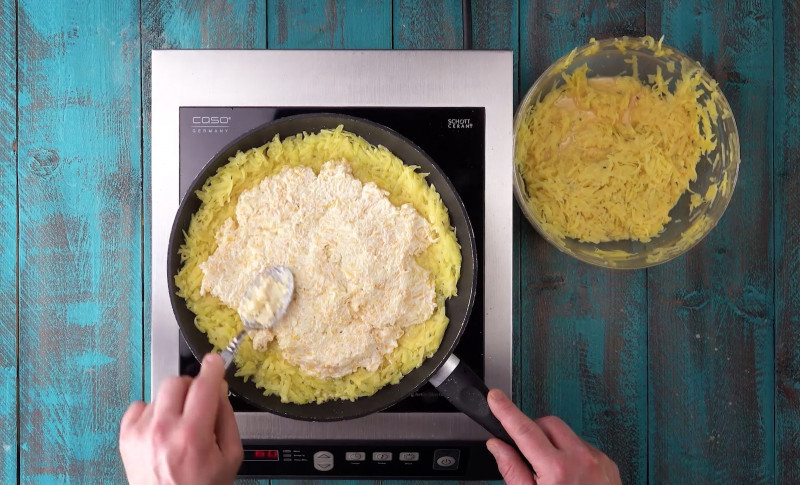 For the second variation, first place the mozzarella slices on top of the potato mixture in the pan. Leave a gap round the edge a little under one inch. Arrange the bacon on top of the cheese, and sprinkle on the tomato strips and the parsley. 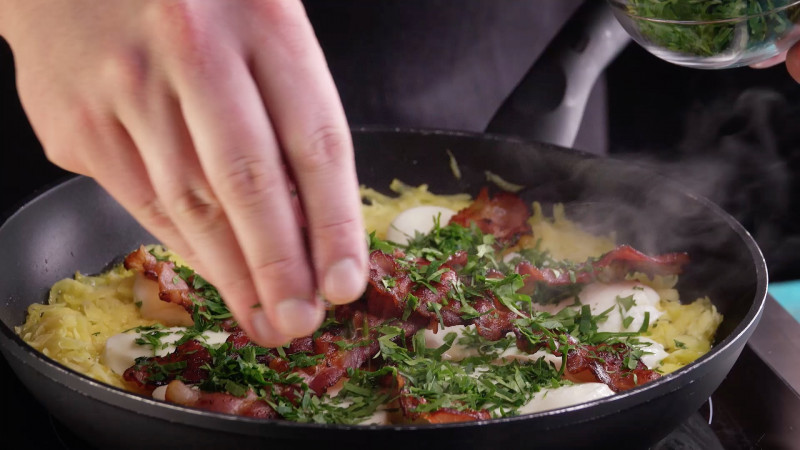 Now you can enjoy both tasty variations. And it's best you don't do it alone, unless you regularly eat more than 2 lb of potatoes unaided! 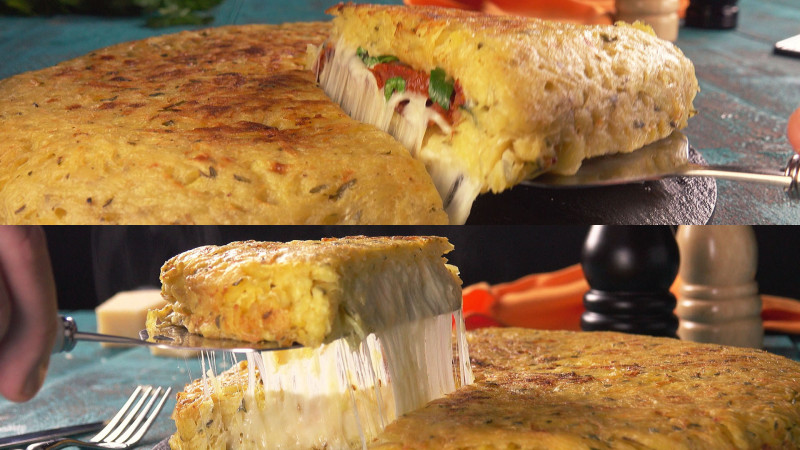