You've tried the German Doner Kebab, Asian Doner Kebab, XXL Doner Kebab Cake, and Giant Chicken Kebab Wrap, so now it's time to try the Mediterranean cousin: the Greek gyro! While gyros are usually compared to doner kebabs, there are some significant differences. Nevertheless, it would be wrong to think that the delicious meat can only be cut down from a skewer and served in pita bread. The following recipe proves that gyros can be low-carb, keto-friendly, and a full meal wrapped up in one a delicious package.

1. Halve the first piece of pork loin lengthwise. Set one half aside and butterfly the other piece. This incision should be about half as deep as the meat is thick. Unfold the pork loin, beat it with a meat tenderizer, and sprinkle salt over the surface. Repeat these steps with all the remaining pieces of pork. 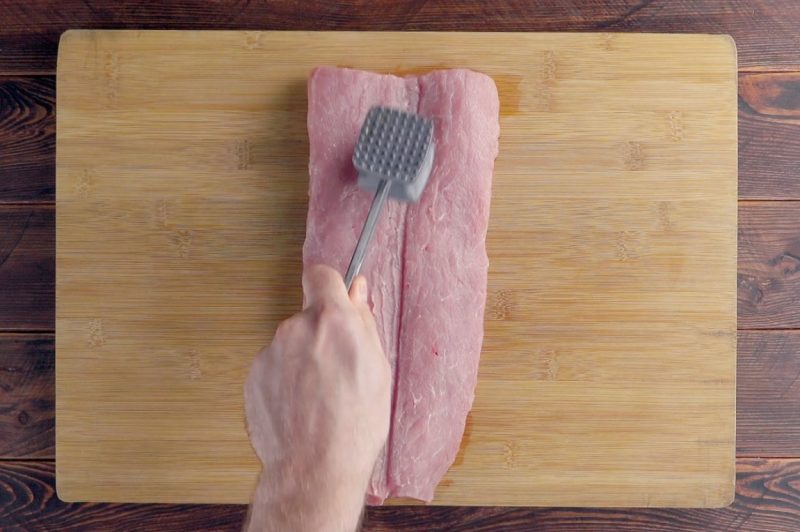 2. Make the marinade by stirring the garlic, spices, and oil together. Brush the marinade over the salted surface of the pork. Then spread cream cheese over the entire surface, making sure to leave about a 1-inch margin on the sides. Sprinkle a small portion of the olives, onions, and red bell pepper on top. 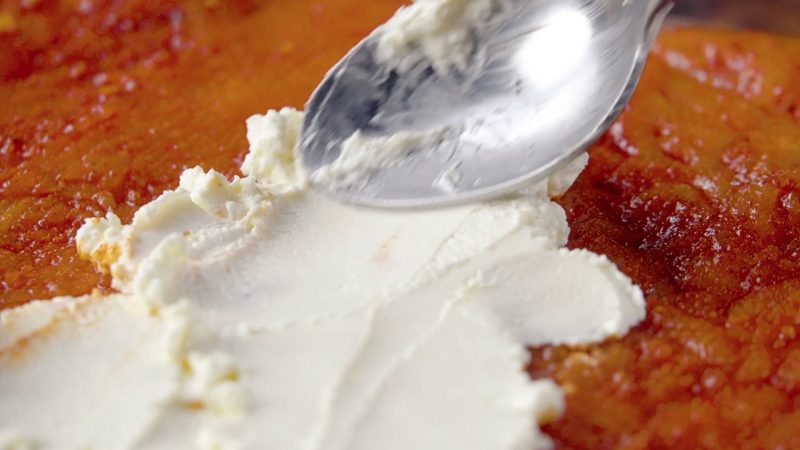 3. Fold the edges of the short sides inwards and then do the same with the edges of the long sides. Now the dish will become a layered roast! Place another portion of pork on the first one and fold down the edges that extend beyond the first one. Also salt this layer and coat it with the marinade and then the cream cheese. Sprinkle olives, onions, and red peppers on the slice of meat. 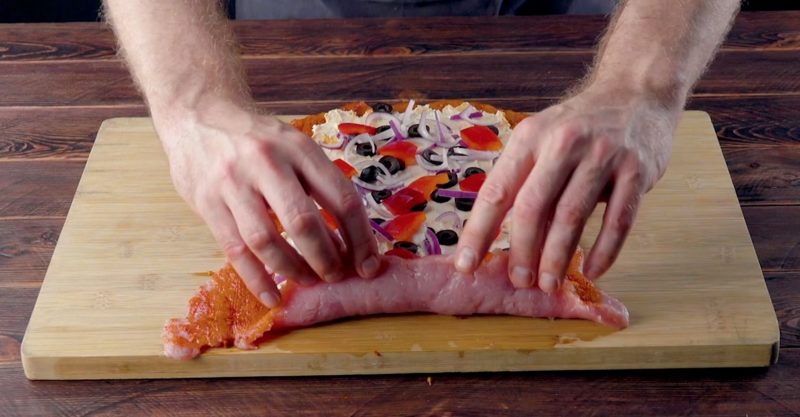 4. Now it's time to tie the roast! Make a double knot at the top center with cooking twine and fix the layers by working your loops over the top of the roast to the other end. The loops should be about ¾ of an inch apart. Repeat this on the top, left, and right sides.

5. Once the gyro package is well tied, brush the rest of the marinade over it and fry it in a roasting pan on all sides in plenty of oil. 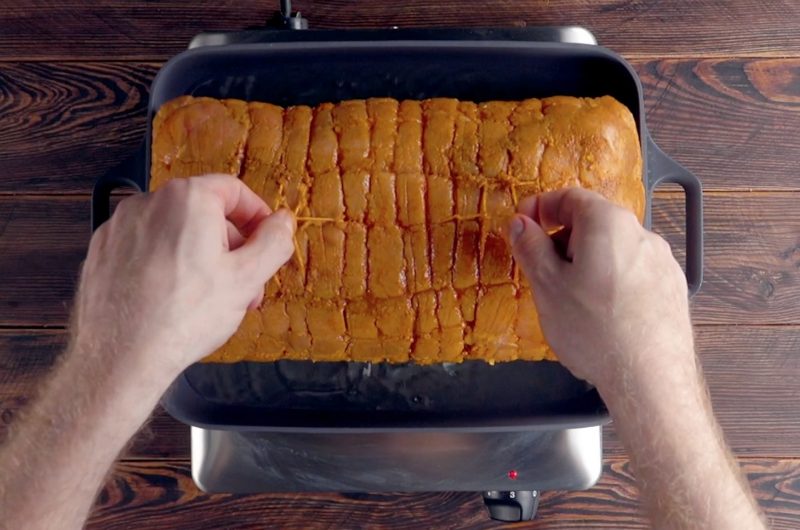 6. Cover the layered roast, cook for 2 hours at 320°F, and your enjoy your Mediterranean delicacy! 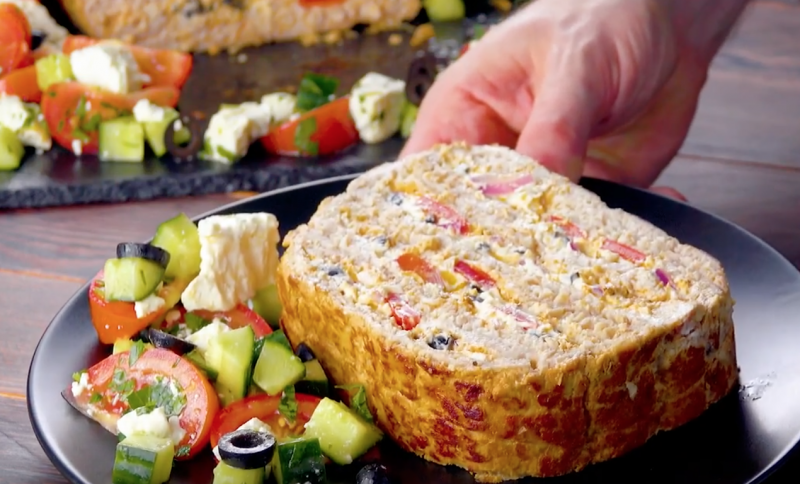 This sizable treat is definitely something for those with a big appetite, or when you have plenty of mouths to feed, so it's best enjoyed when you have company. To make things even more fun, tell them in advance that you'll be making gyros — they'll be in for a "huge" surprise!