A frittata is an Italian omelet with vegetables that's delicious whether it's served hot or cold. Italian immigrants brought the frittata to the United States in the early 20th century and the dish soon became a staple not just in the Big Apple, but from sea to shining sea. This recipe is a modern, playful take on the classic frittata that we all know and love. A veritable explosion both visually and in terms of taste, this one gets baked in the oven with an army of French fries and an ooey, gooey camembert cheese center for dipping!

For the frittata mixture:

1. First cut the potatoes into slices using an apple slicer. 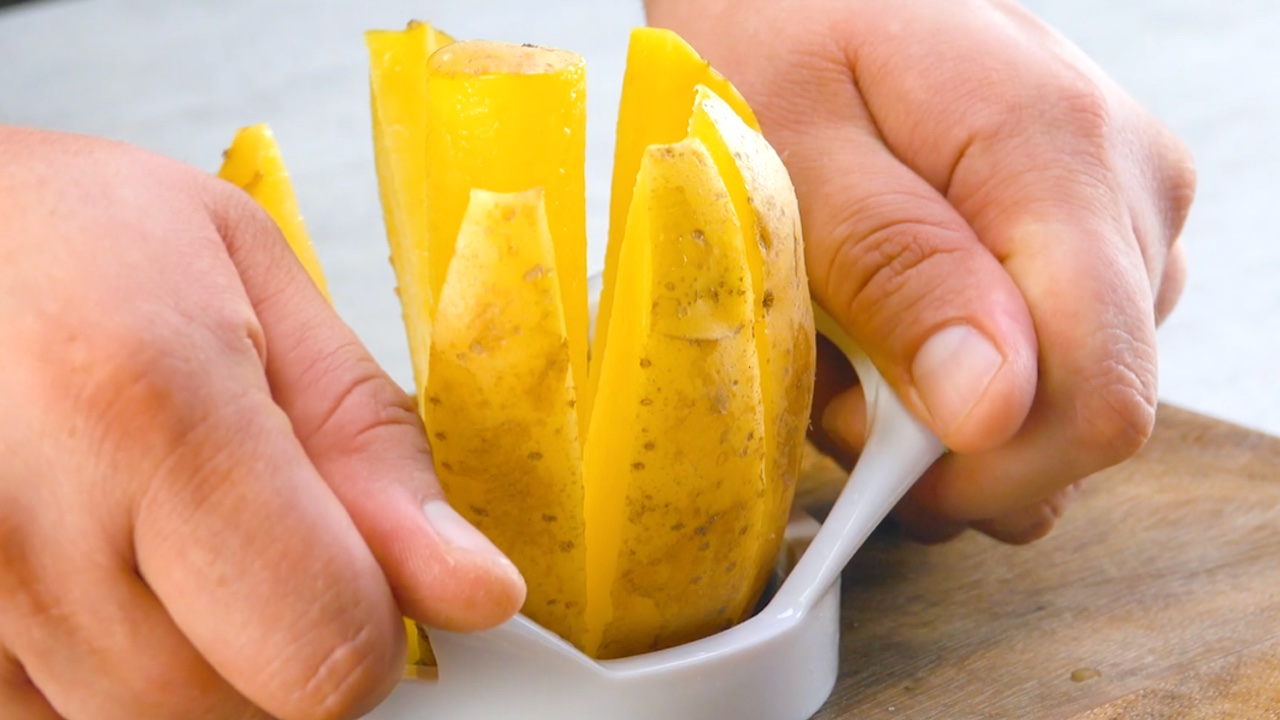 2. Soak the potatoes in water for about 30 minutes to get rid of the starch. 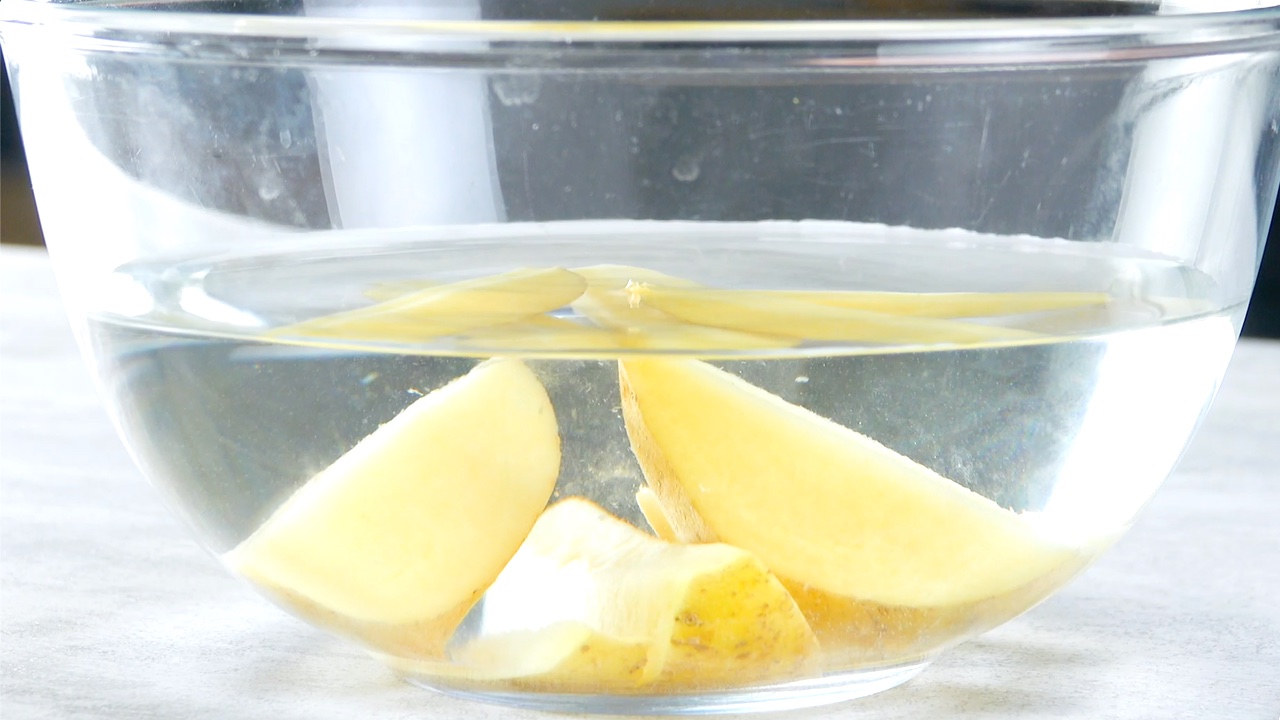 3. Remove the potatoes from the water and drain them on a dish towel. 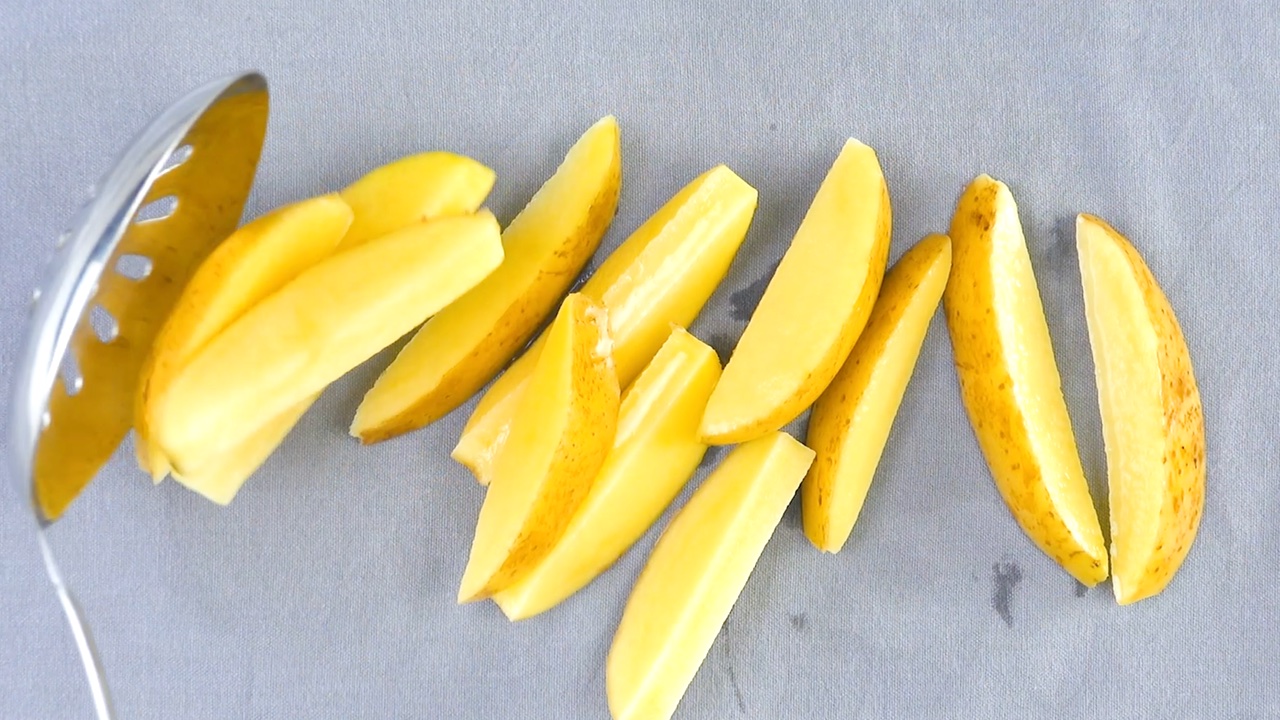 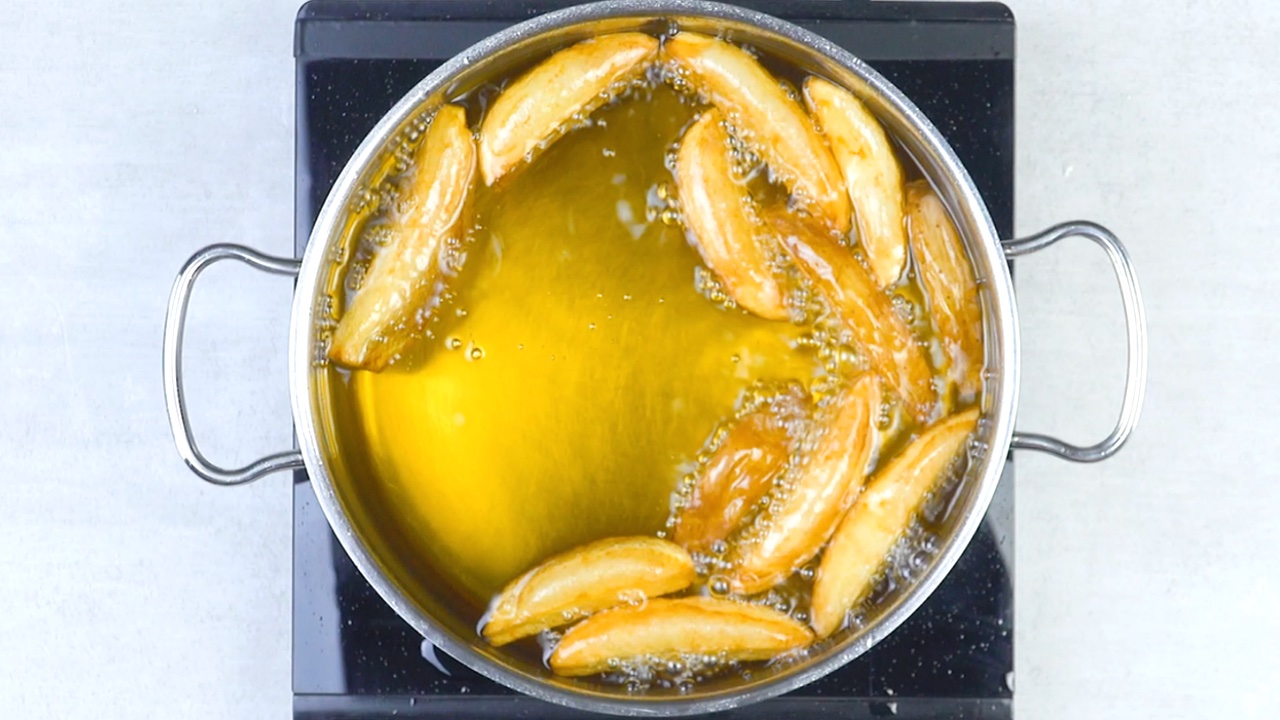 5. Use a slotted spoon to remove the potatoes from the hot oil and briefly drain them again. 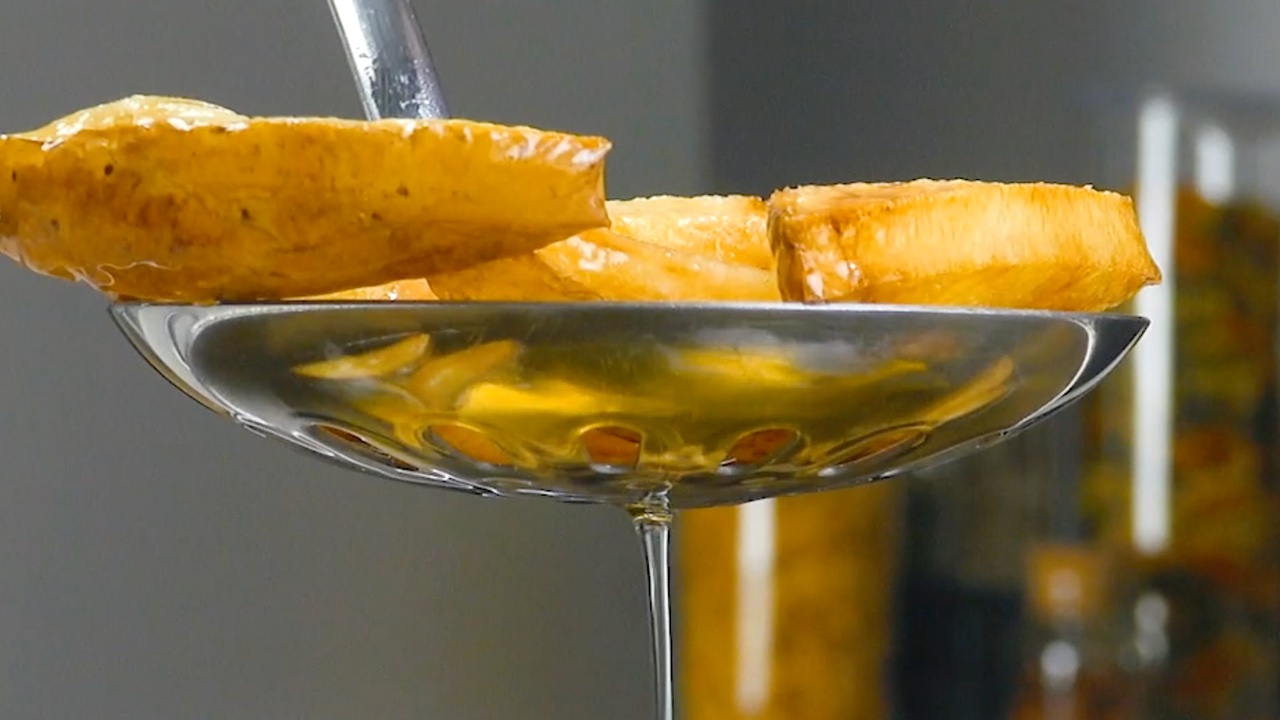 6. Preheat the oven to 325°F. Place 1 camembert wheel in the middle of a pie plate and stack half of the second cheese wheel on top. 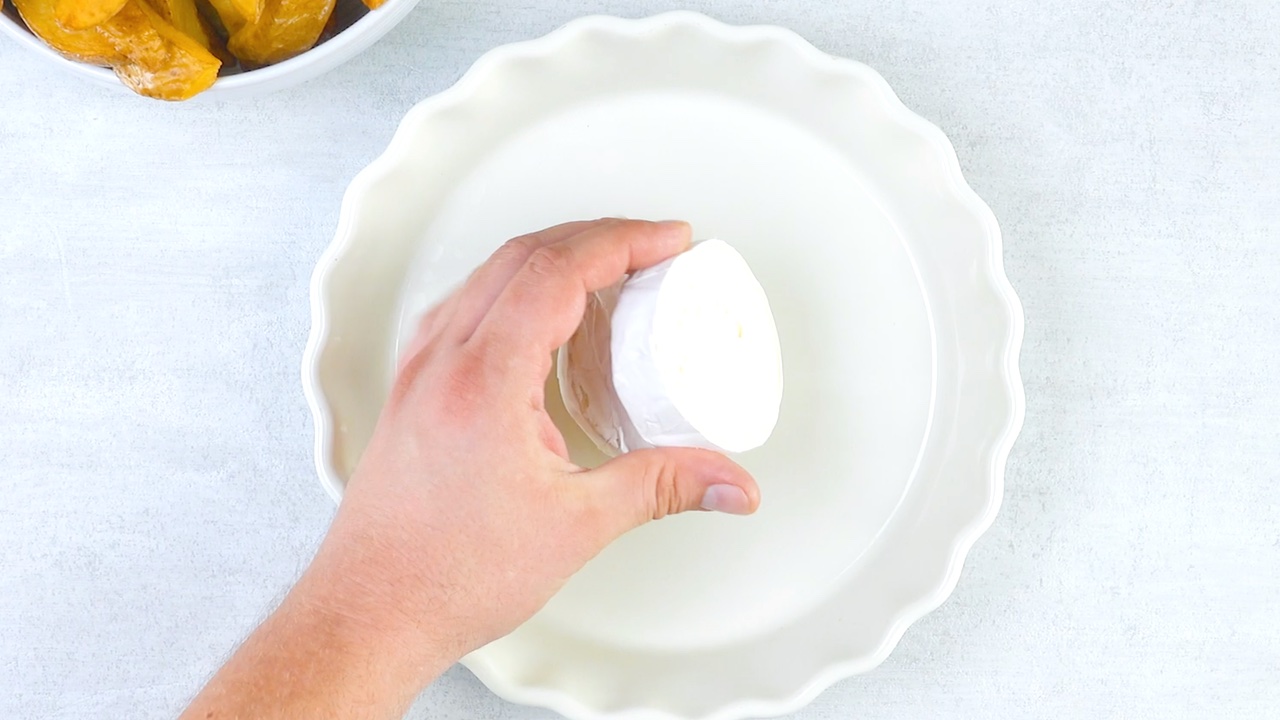 7. Place the French fries upright around the cheese wheels until the dish is full. 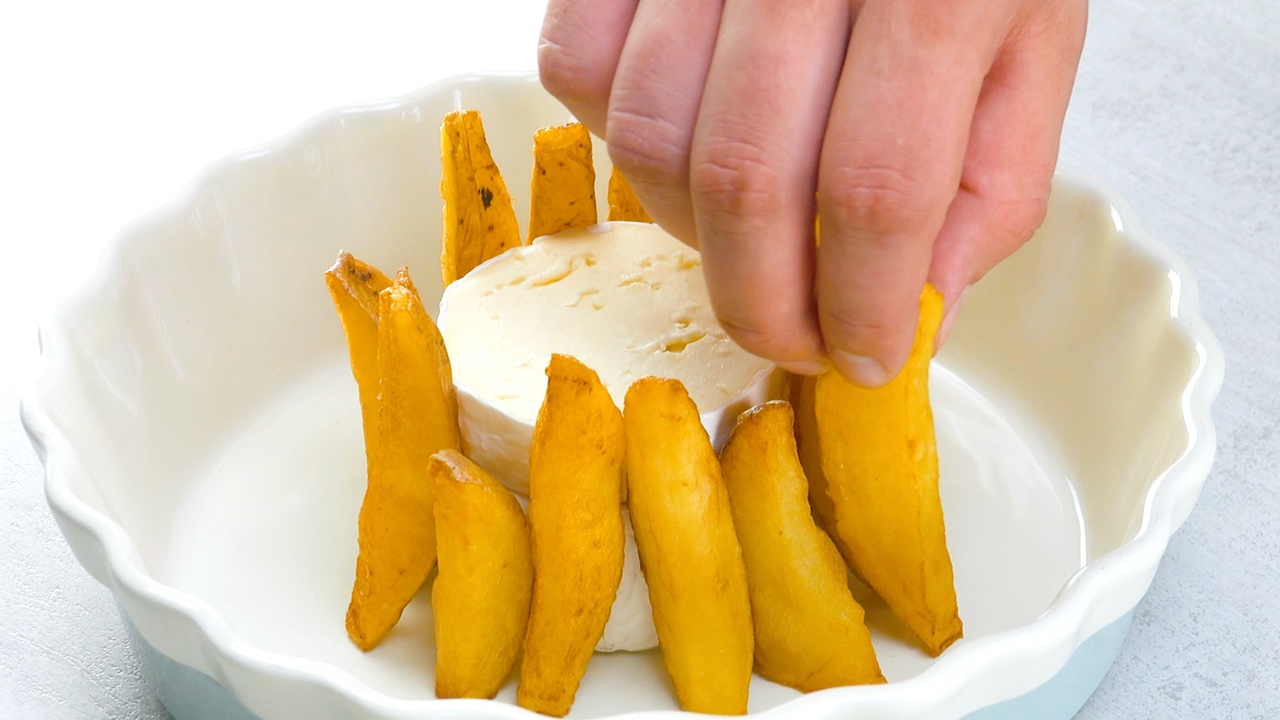 8. For the frittata mixture, add the ingredients to the whisked eggs and mix well. Then pour the mixture over the French fries in the dish. 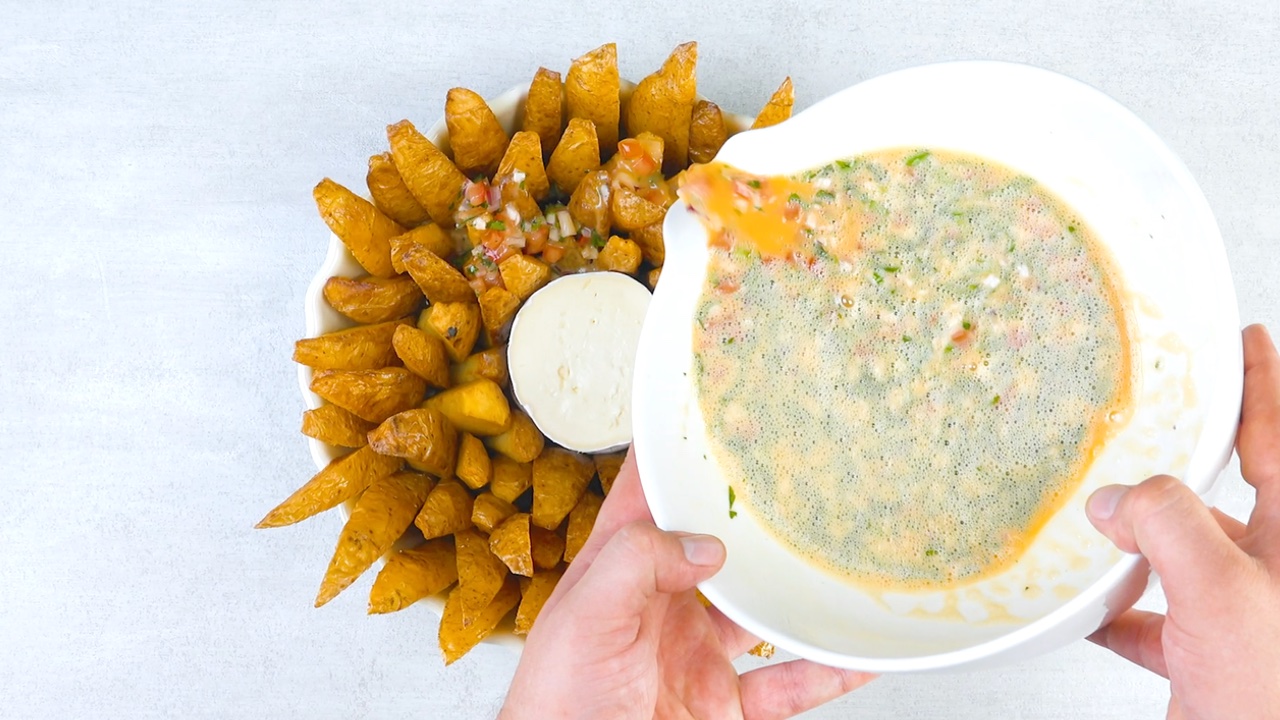 9. Transfer the pie plate to the oven and cook for about 60 minutes. 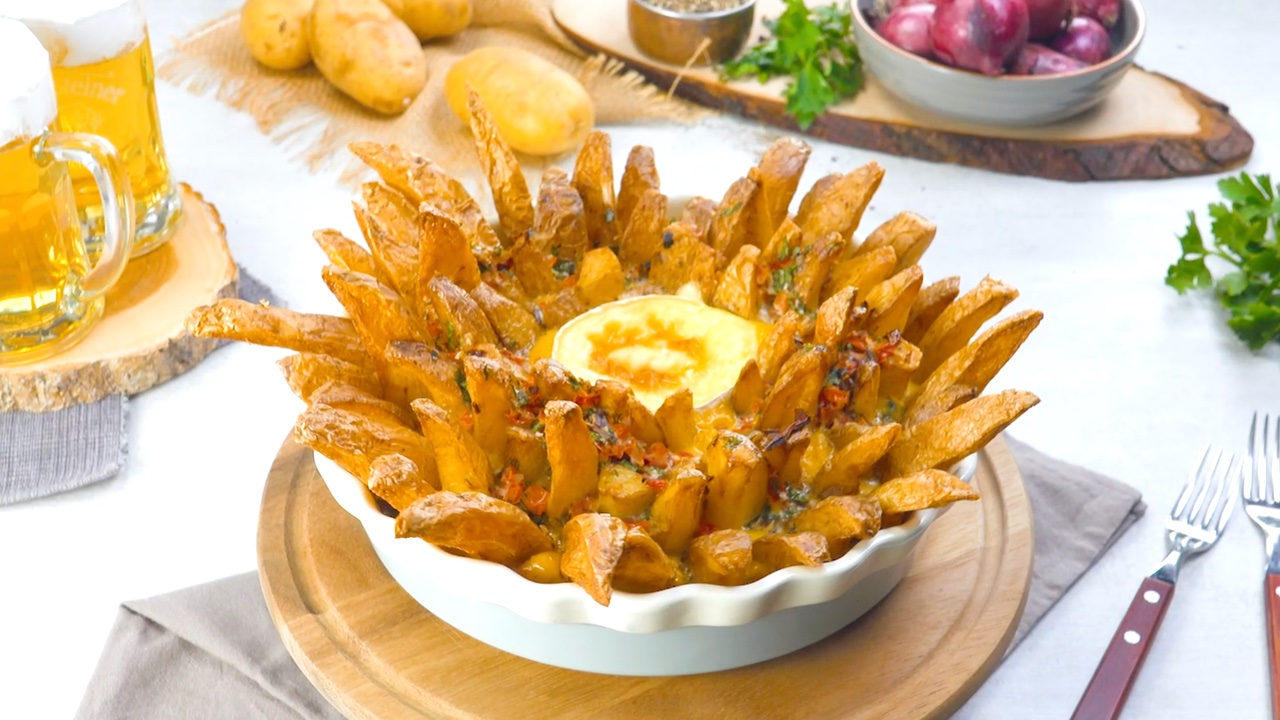 10. For the ultimate experience, dip the frittata fries in the melted cheese center. 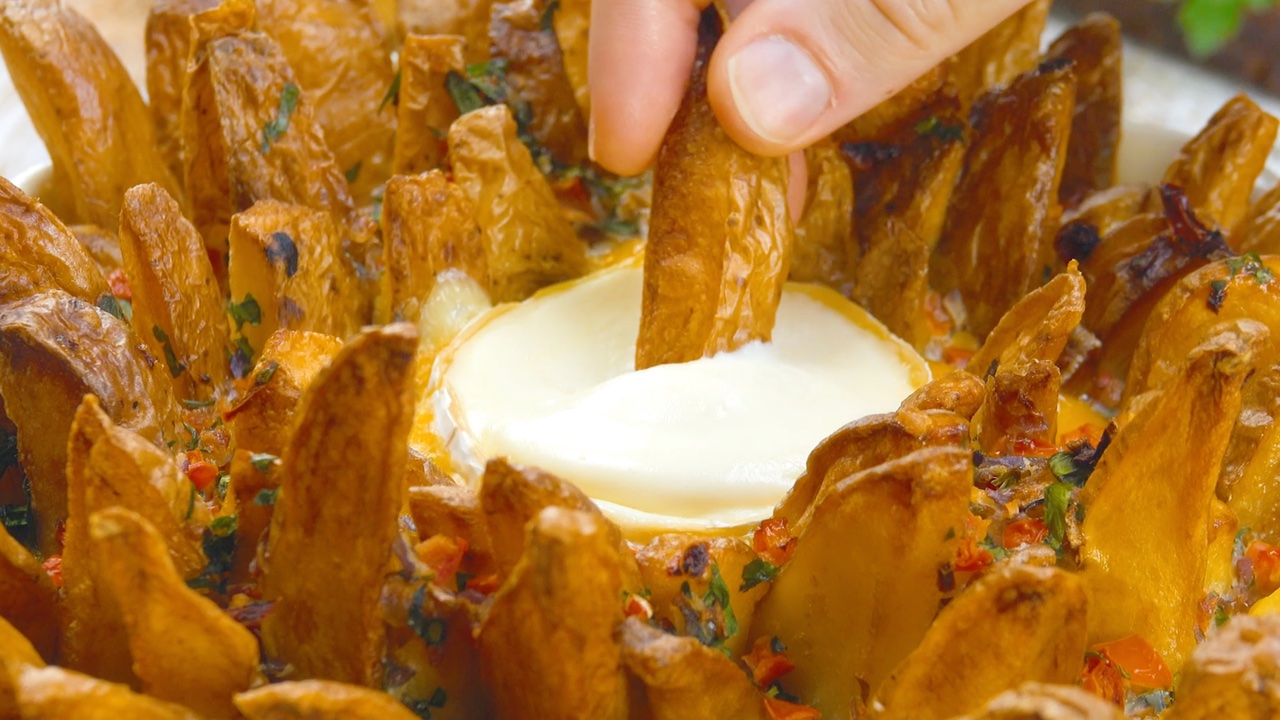 Break me off a piece of that frittata! The fries add so much texture and the creamy, melted camembert center takes this frittata to the next level. Do yourself a favor and give this one a try!

Get the recipe for the Puff Pastry Potato Ring featured in the bonus video.