Eggplant is one of the most delicious, versatile ingredients out there. Many classic Middle Eastern and Mediterranean dishes use eggplants stuffed with ground beef, but in this recipe we're adding a twist! We're taking the traditional Greek moussaka and elevating it with ground lamb and a creamy cheese sauce, making tasty towers of savory eggplant goodness. We're even going the extra mile and topping it off with a mixture of bread crumbs and parmesan for that extra light, crispy texture. But the best is yet to come – our stuffed eggplant towers are served with the smoothest, creamiest mashed potatoes you've ever tasted!

For the mashed potatoes:

For the eggplant towers & lamb sauce:

For the cheese sauce:

For the crispy topping:

1. Peel the potatoes and bring them to a boil in salted water. Cook the potatoes until soft, then drain and mash them while they're still hot. Bring the heavy cream to a boil, pour it over the potatoes, stir in the butter, and season with salt and nutmeg. Stir everything together until smooth and then set the mashed potatoes aside for later. For the eggplant towers, cut both ends off of the eggplants, place them upright on a cutting board, and core them with a melon baller. Brush olive oil over the insides and outsides of the eggplants and set aside for later. 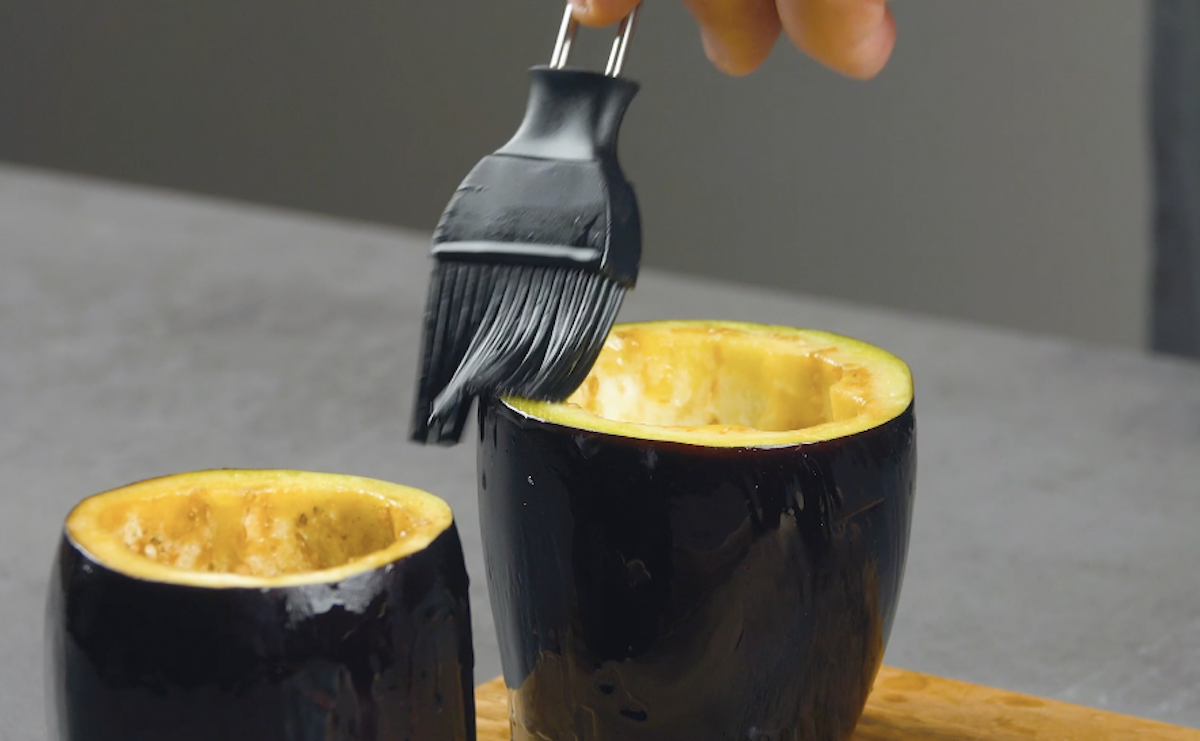 2. Preheat the oven to 350°F. To prepare the lamb sauce, brown the ground lamb in some olive oil, add the onion and garlic, and let simmer briefly. Stir in the paprika, cinnamon, mint, salt, pepper, and tomato paste, then deglaze the pan with the red wine. Once the wine has reduced slightly, add the crushed tomatoes. Let the sauce simmer for about 15 minutes. 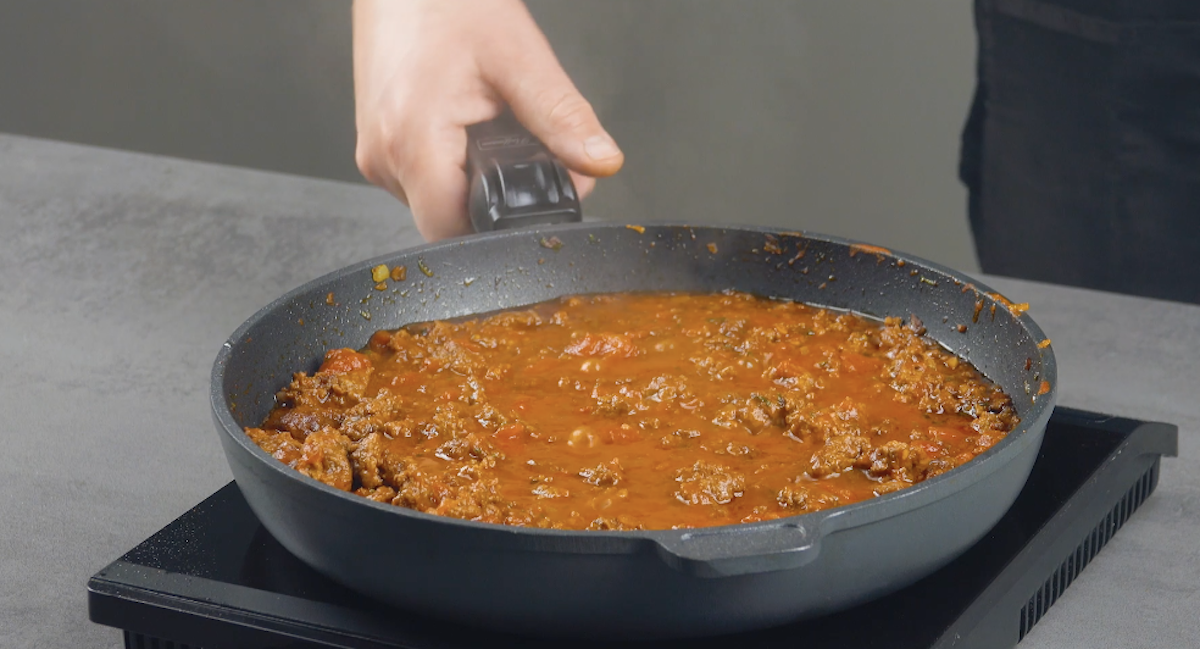 3. For the cheese sauce, melt the butter in a saucepan and add in the flour gradually. Pour in the milk and let everything come to a boil. Stir the grated parmesan into the mixture and season with salt to taste. Next, assemble the eggplant towers. Fill the cored eggplants with lamb sauce and spread about 1 tablespoon of cheese sauce on top of each tower. For the crispy topping, mix the bread crumbs, parmesan, parsley, and olive oil together and sprinkle about 1 tablespoon of the topping on top of each eggplant. 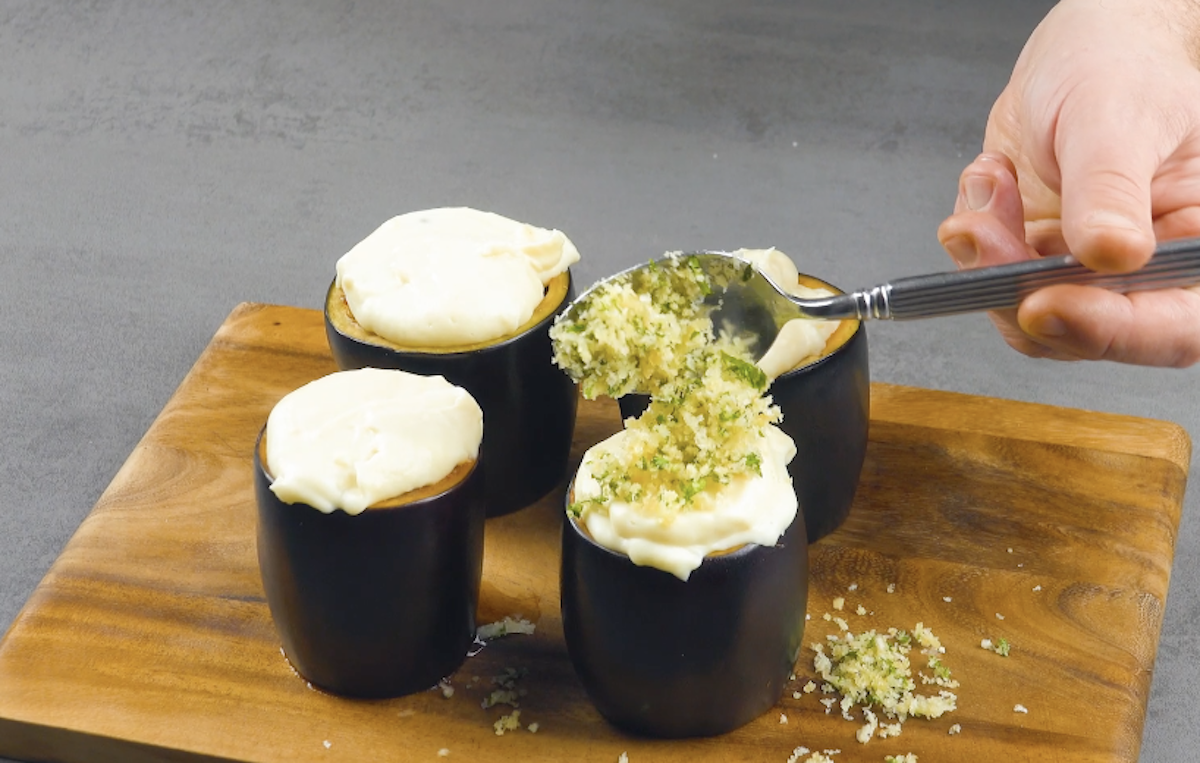 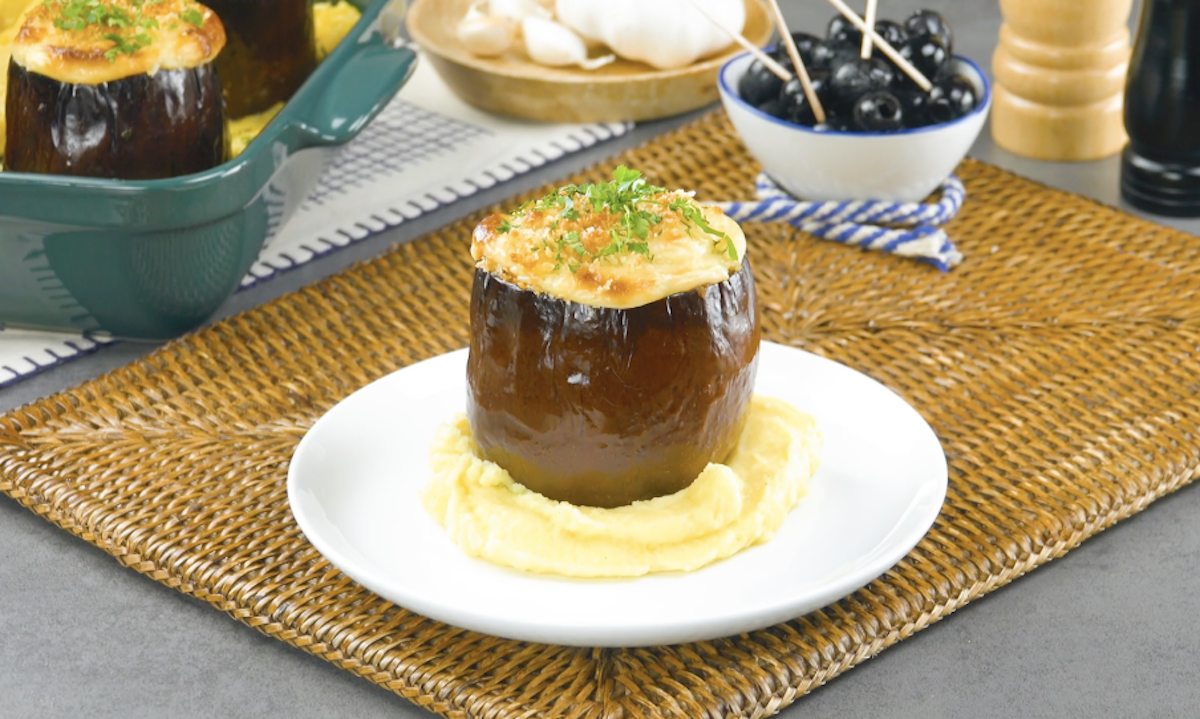 Serve your eggplant moussaka towers with the creamy, delicious mashed potatoes they were baked with and sprinkle a generous portion of fresh parsley on top. This recipe is just one of the many ways to use eggplant, but it towers over all the rest!

Get the recipe for the Moussaka Eggplant Casserole featured in the bonus video.