Who can say no to a kebab? The beloved döner, which has been a culinary staple in Turkey, Germany, and the UK for decades, is now taking the US by storm, and it's about time! With its light and airy flatbread, perfectly seasoned meat, fresh and crisp vegetables, and a tangy sauce, no wonder it's one of the most popular street foods in all of Europe. You've probably had some variation of the dish, such as gyros, shawarma, or tacos al pastor, and while most people love the stuffed sandwich for a quick lunch, dinner, or even midnight snack, we figured: go big or go home, and so we created the most delicious, layered XXL doner kebab "cake" you have ever laid eyes on. Enjoy!

For the kebab spit:

1. Take a handful of ground beef and form a ball. Place the ball on your work surface and stick a wooden skewer through the middle — this will serve as your foundation. Then mix the spices together in a separate bowl.

2. Lay the first slice of beef tenderloin on top of the meatball and spread a portion of the spice mixture on the top. Create another ball out of the ground beef, place it on top of the beef tenderloin, and spread it out so that it completely covers the slice of tenderloin. Continue layering the beef tenderloin and the ground beef until you use up all the meat, making sure to evenly distribute the seasoning between the layers. Finally, top off the skewer with the peeled onion and cook the meaty beast for 90 minutes at 320°F. 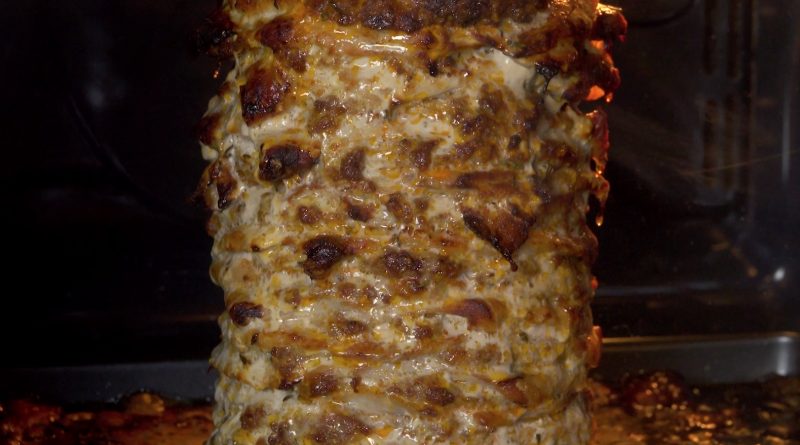 3. Now for the fun part: flame the entire thing with a culinary torch so that the meat on the outside is nice and crispy. Now you can cut vertical slices from the meat spit with a sharp knife — just like a real doner kebab. 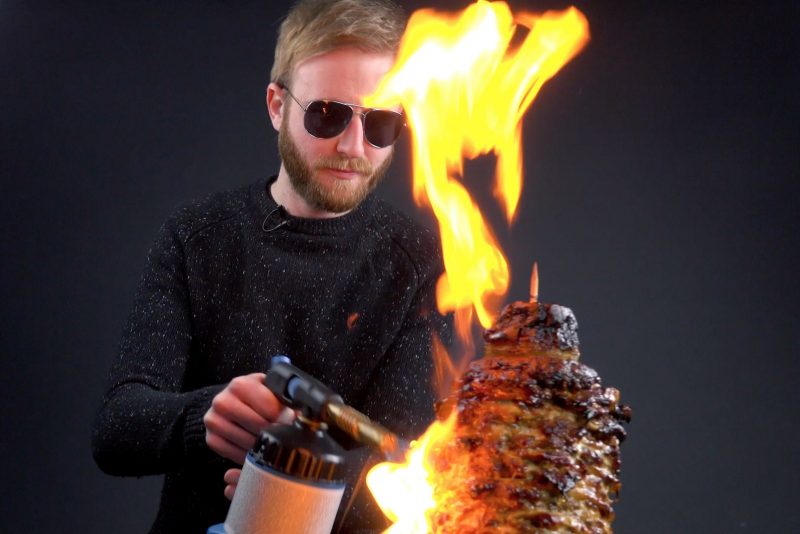 4. To create the flatbread, pour flour into a large bowl and hollow out a slight hole in the middle. Then mix water, sugar, and active dry yeast together in a separate bowl and pour the mixture into the hole. Now add the other ingredients and stir everything with the dough hook of a hand mixer. Cover the dough and let it stand in a warm place for 1 hour. 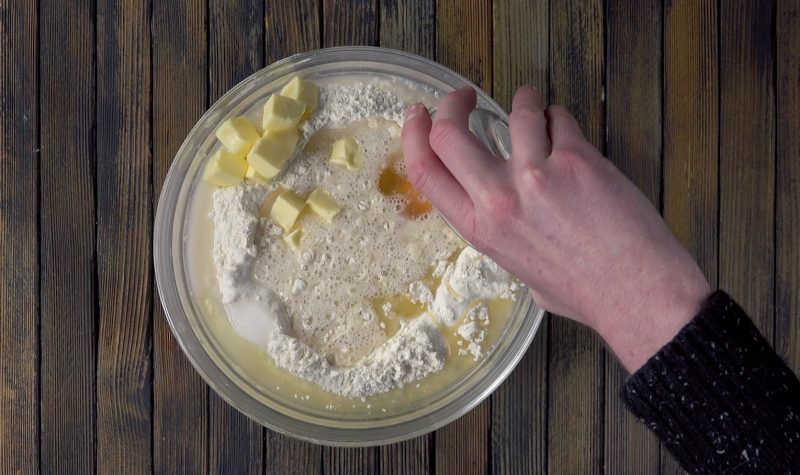 5. Divide the dough into two equal parts and set one portion aside. Flour your work surface and roll out the other half of the dough in a large circle. Let the dough stand for another 15 minutes. 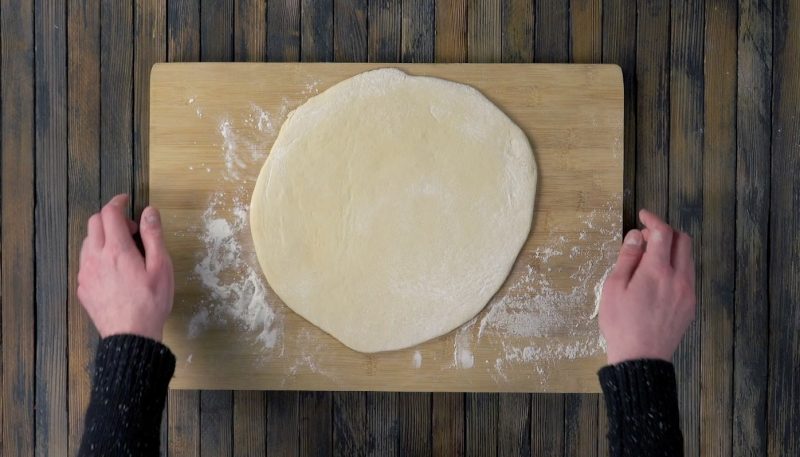 6. Mix the egg yolk with the milk and brush the mixture over the dough. The highlight of flatbread is its interesting surface. To create the same effect, take your index, middle, and ring fingers and create indents in the top of the dough, as shown in the video. Finally, sprinkle both black and white sesame seeds over the top of the dough. Bake at 370°F for 25 minutes. Repeat the entire process with the other half of the dough. 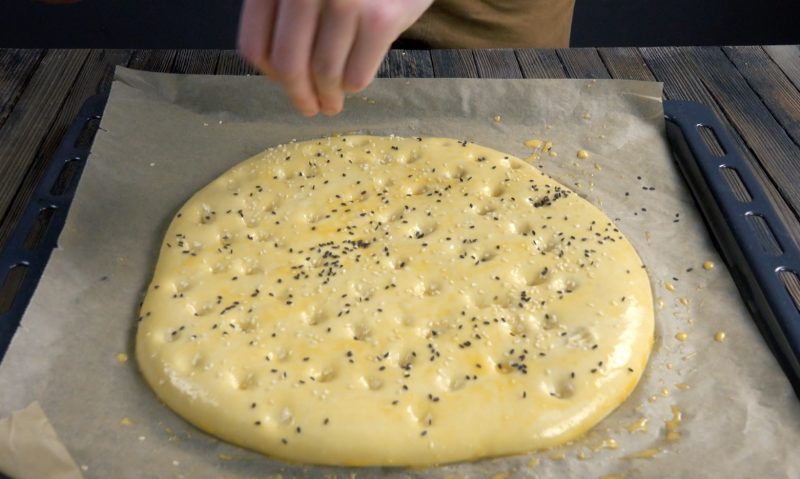 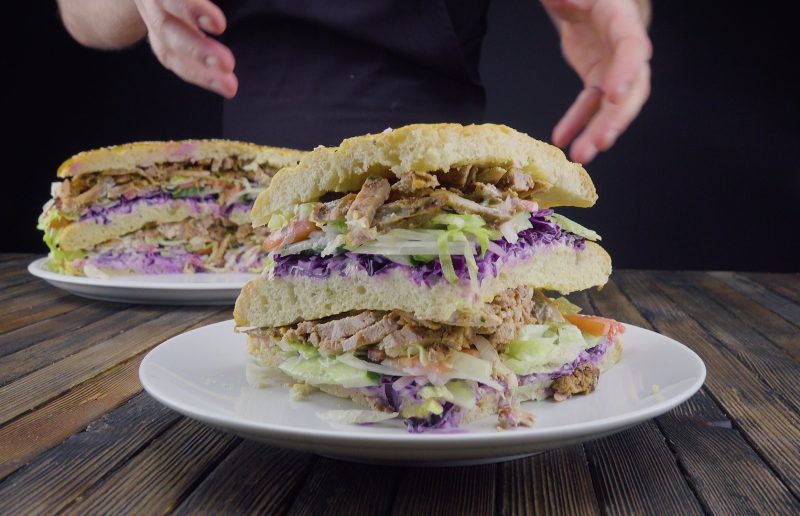 Do you like this alternative to the "normal" kebab? It's a pretty cool thing to prepare the spit yourself and busting out the flamethrower will make you feel like a pro! Meat lovers will make this giant kebab dish their new go-to recipe, and be sure to also try it out with different types of meat: pork, chicken, veal, lamb... go nuts!