For the cordon bleu donut:

For the potato wedges:

1. Cut the pork loin in half horizontally about 90% of the way through, making sure to leave one end still connected. 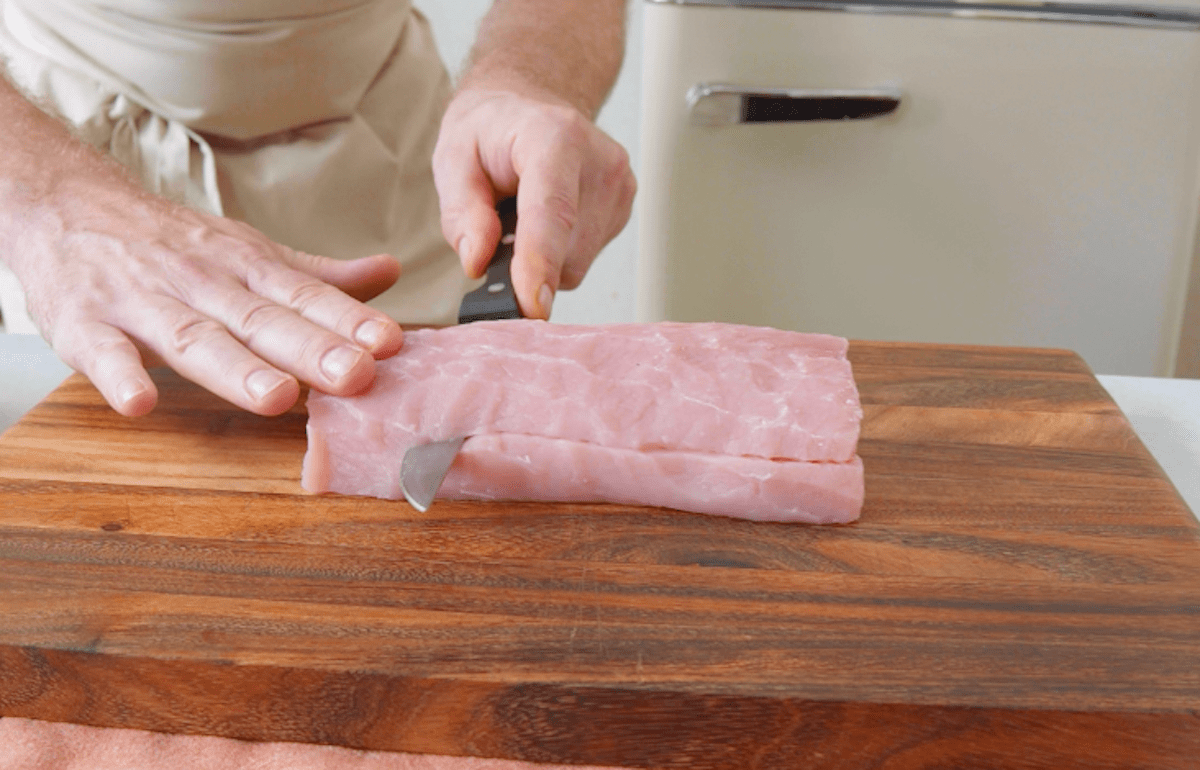 2. Make alternating cuts in the top and bottom of the pork loin, as shown in the video and picture, but again only cutting about 90% of the way through. 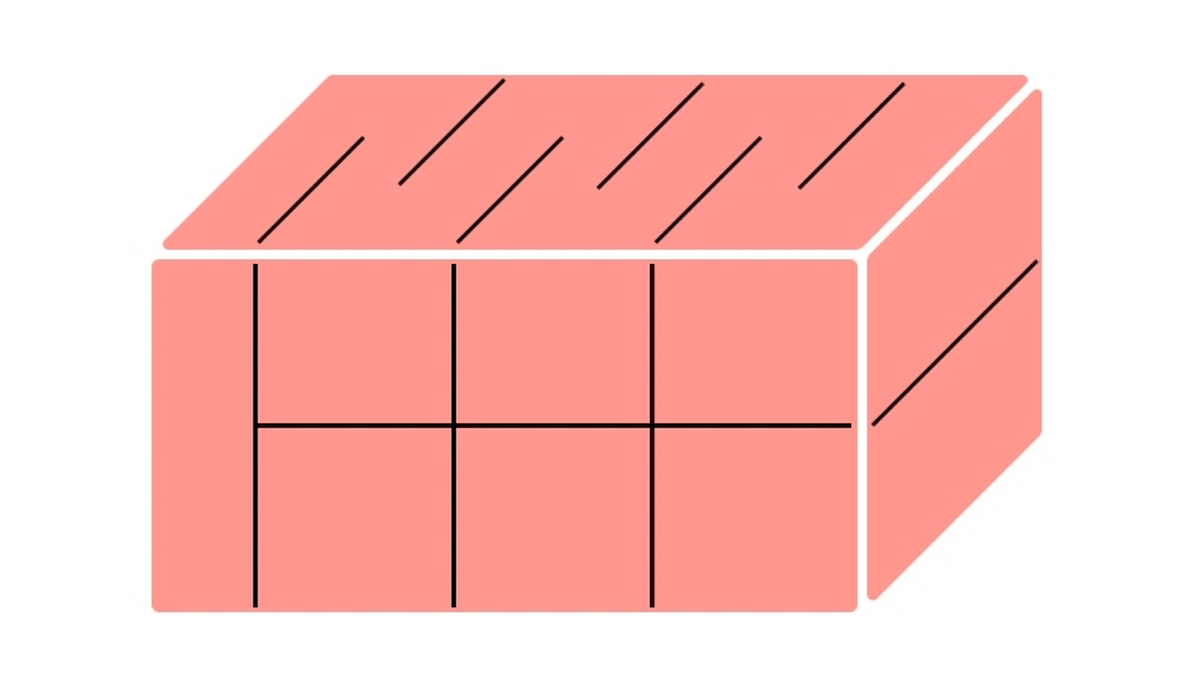 3. Unfold the pork loin into one long piece of meat. 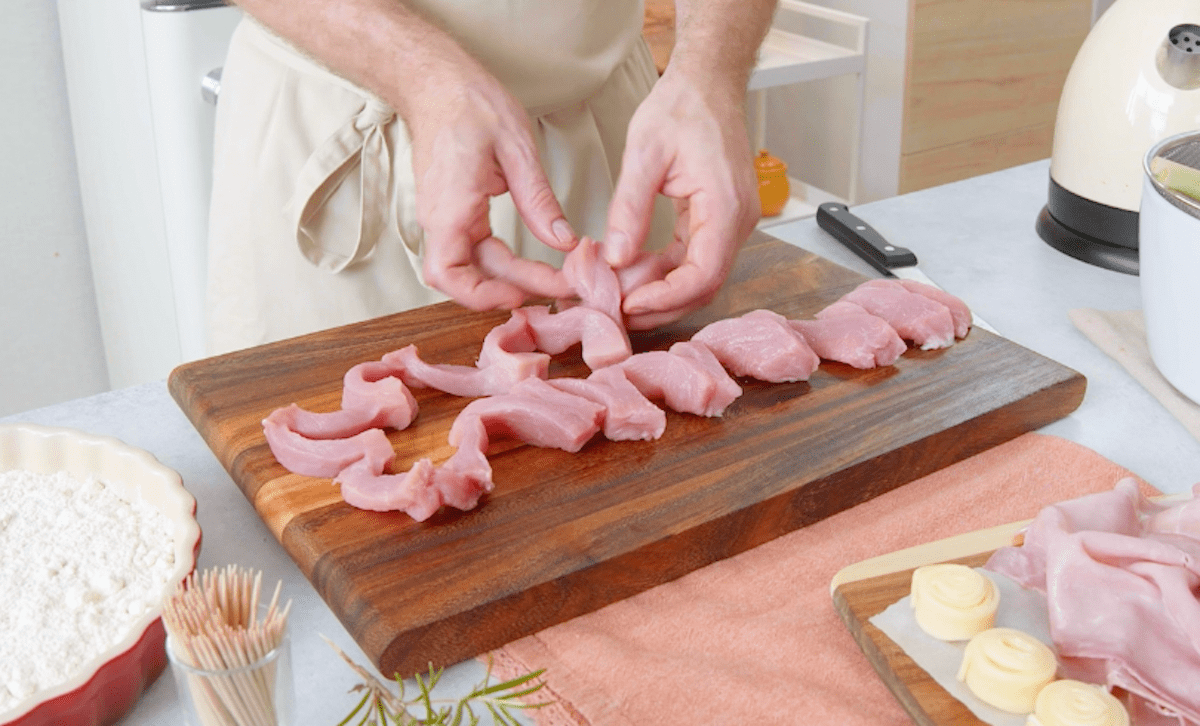 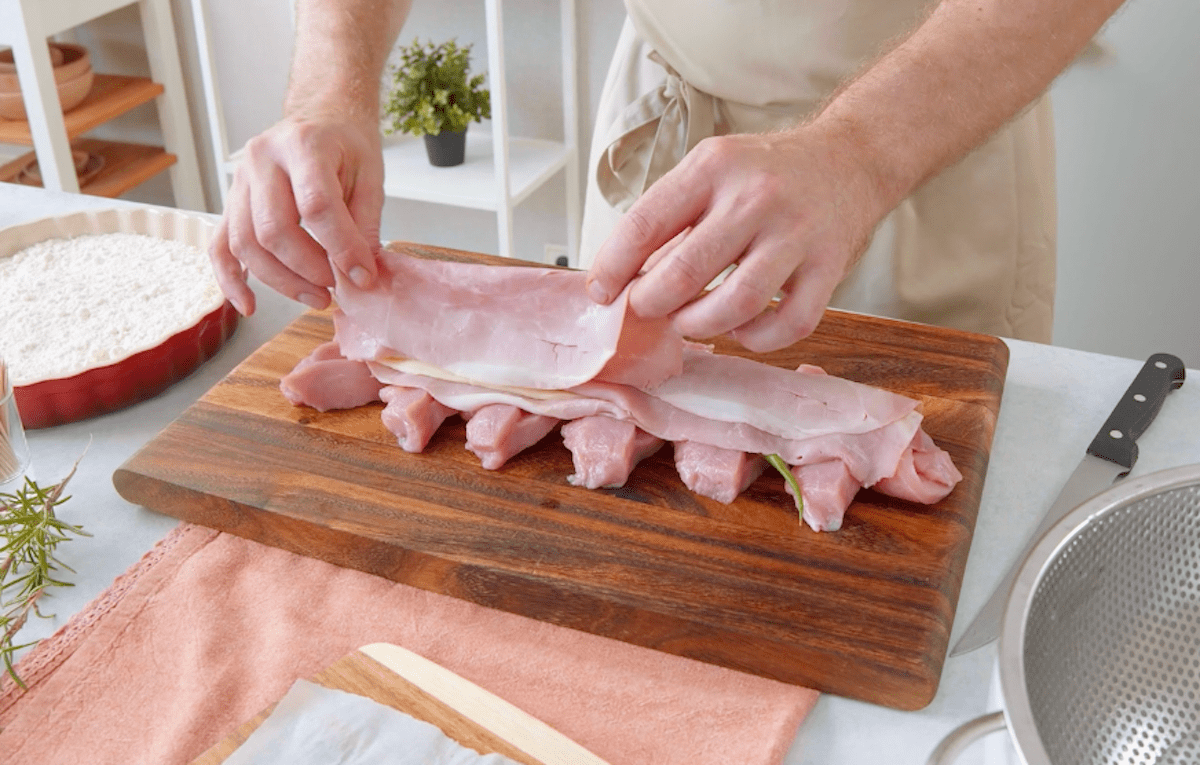 5. Twist the covered pork loin strand into a ring and secure the ends with a toothpick. 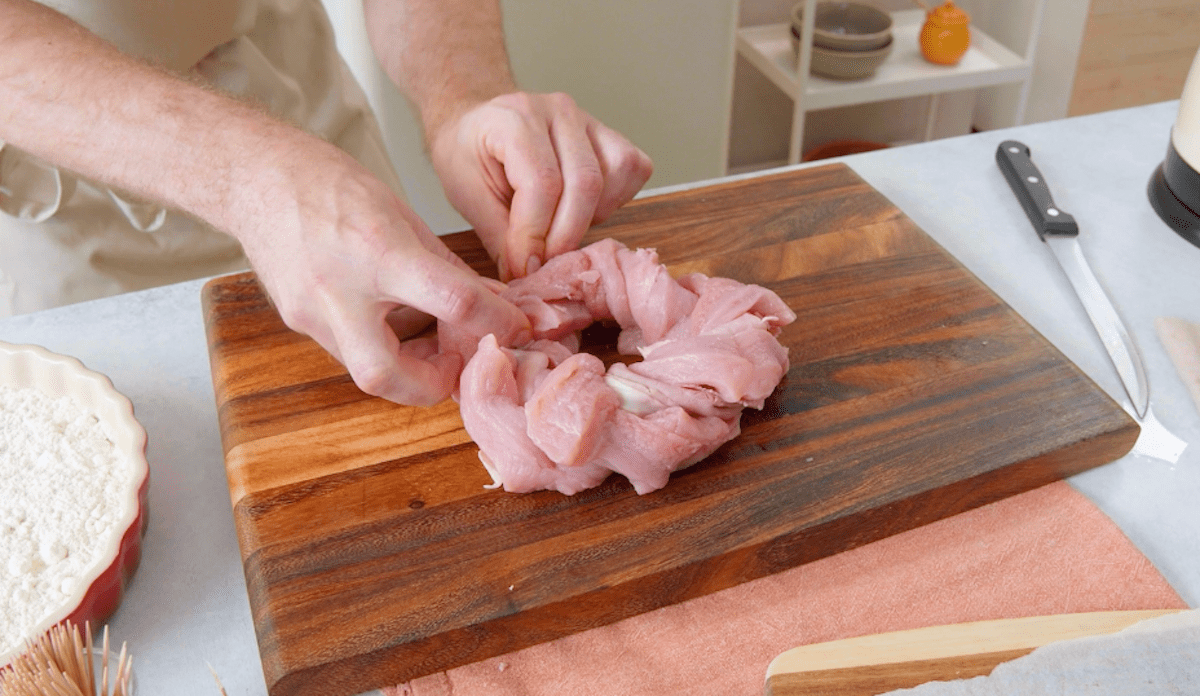 6. Dredge the cordon bleu donut in flour, egg, and bread crumbs and deep-fry in hot cooking oil until the meat is cooked through. 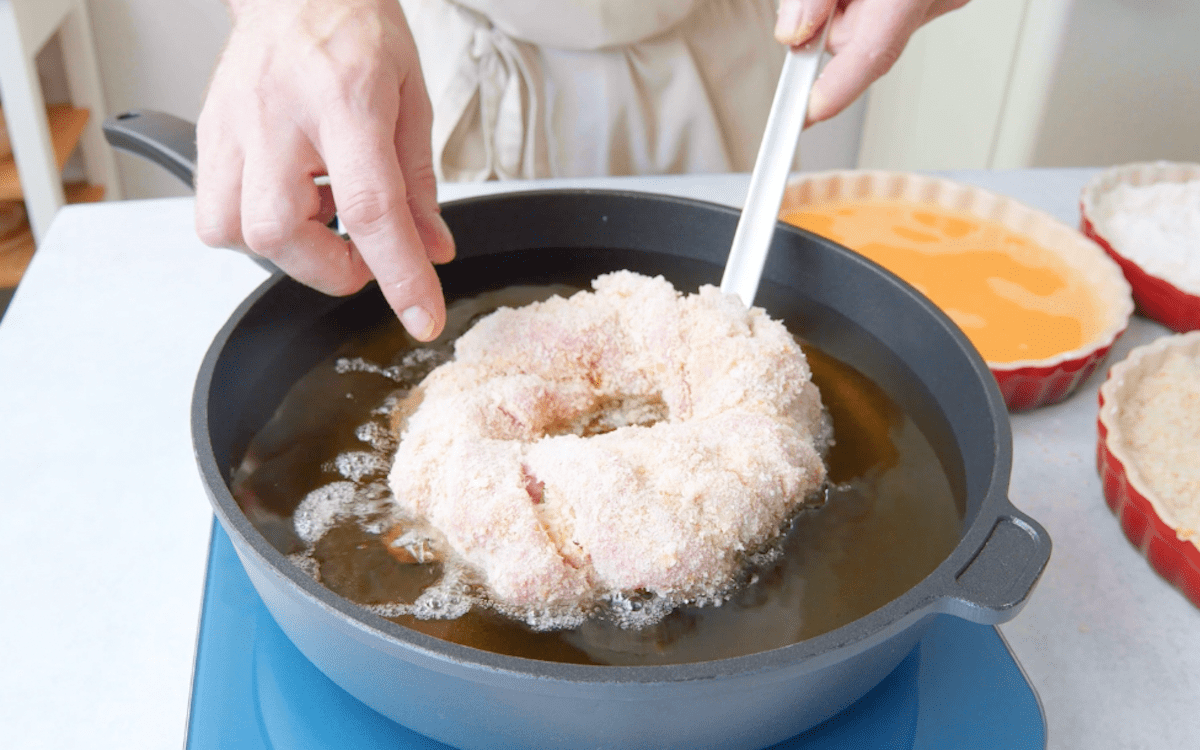 7. For the potato wedges, use an apple slicer to cut the potatoes into individual wedges and toss them in corn starch, paprika, and rosemary. Deep-fry the seasoned potato wedges in hot cooking oil until crispy and season them with salt. Place the fried potato wedges in the center of the cordon bleu donut and garnish with cheese sauce before serving. 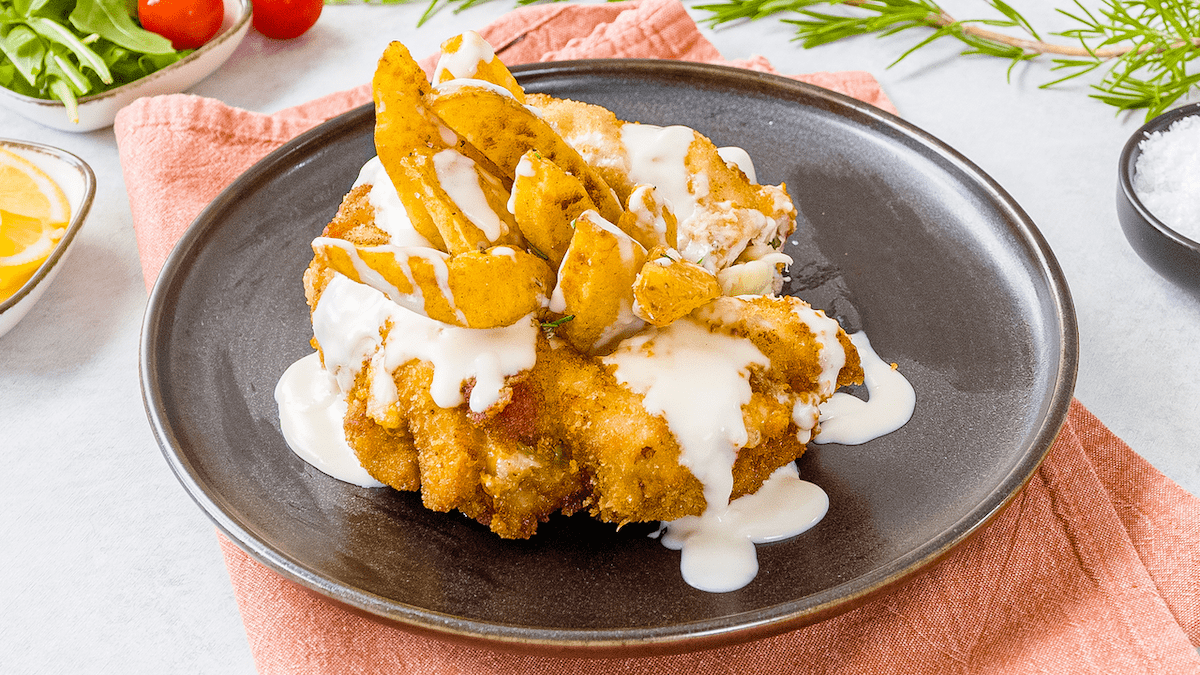