Coca-Cola Bottle Cake: The Coolest Thing You Can Make And Eat Out Of A Bottle

It's well-known that you take your first bite with your eyes, which means when something looks great, it tastes even better. Anyone who wants to show off at their next party can surprise their guests with the following optical illusion.

1. Stir the Coca-Cola, flour, cocoa powder, sugar, baking powder and salt into a smooth batter using an electric whisk. Pour the batter into a deep, greased baking tray and bake it for 30 minutes at 340°F in an oven set to heat from above and below. Once the tray bake is done and has cooled down, cut out several circles of brownie with the cookie cutter. 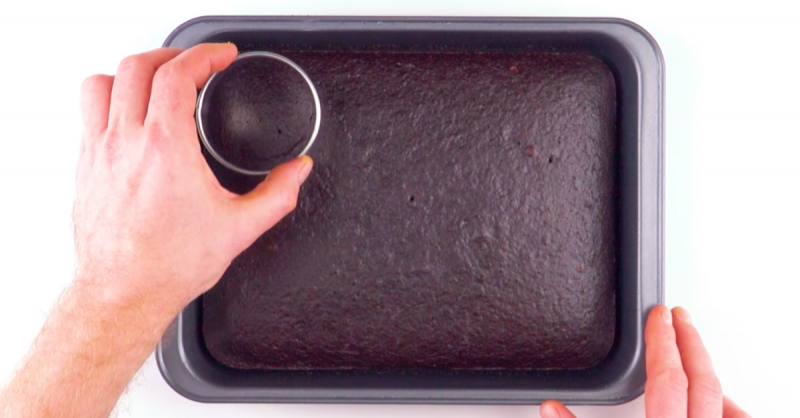 2. Take the Coca-Cola bottle, carefully remove the label, and the cut the bottle in half. In the top half, pour in some white chocolate and swirl it around and then let it dry, so it creates a layer that reaches halfway up the inside. Now pour some of the melted dark chocolate into the top half of the bottle. Swirl it around to create another thin layer. Use enough that the chocolate reaches the cut edge of the bottle. Repeat the process about three times to give the edge of the chocolate mold more stability. Leave the whole thing to chill. The inside of the bottom half of the bottle should be coated with the rest of the dark chocolate. Here too, you need to make sure the edge is thick enough, before leaving it somewhere cool.

3. For the cream, first beat the soft butter with the icing sugar until it's fluffy. Then mix in the cream cheese. Now fill the halves of the bottle with layers of cream and brownie. After that, carefully cut away the plastic bottle with a box cutter. 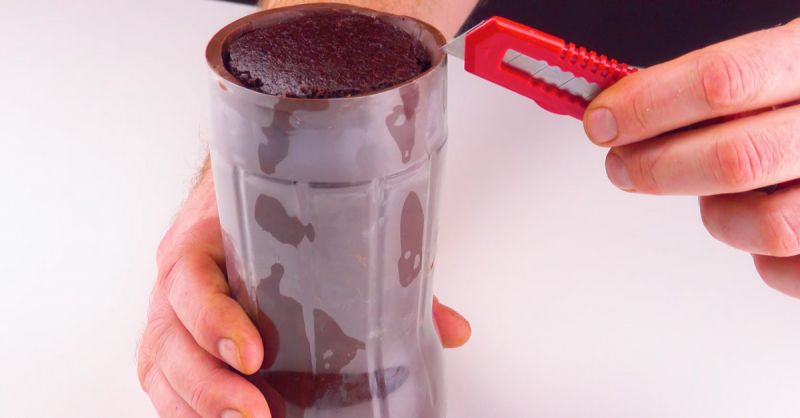 4. With a few dabs of melted chocolate, the two halves of the bottle can be placed on top of each other. Then wrap the label around the chocolate bottle. Your masterpiece is now almost indistinguishable from a real bottle of Coke. Keep it cool until shortly before serving. 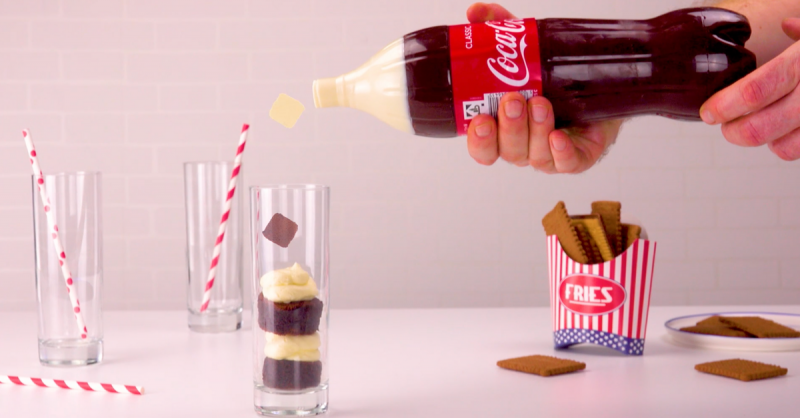 The Coca-Cola Bottle Cake not only looks fabulous, it tastes as good as it looks — and it's perfect party fun for young and old alike!