Take your cinnamon rolls to the next level with this crazy delicious pie!

For the cinnamon roll pie:

For the cranberry pear filling:

1. Brush melted butter over each sheet of puff pastry and sprinkle cinnamon sugar on top, making sure to leave a ⅓-inch-wide border free along one of the long sides on each sheet. 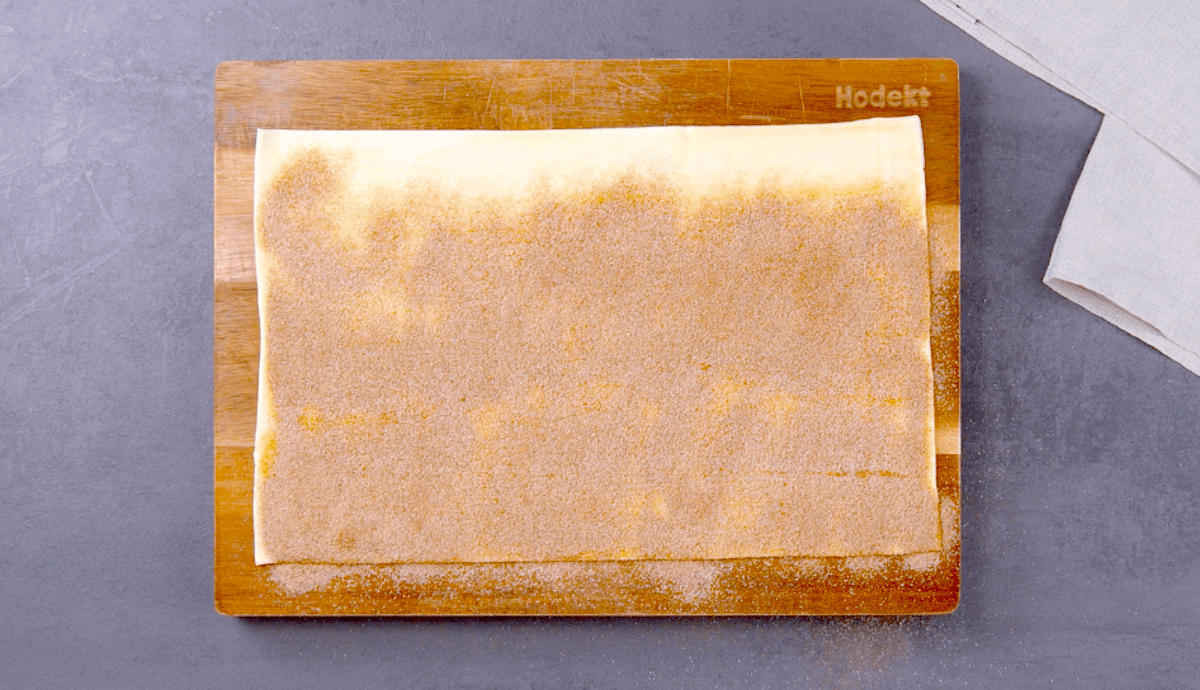 2. Roll each sheet of puff pastry up into a tight log and refrigerate for 20 minutes. Then cut each chilled log into equal pieces, with each piece being about ⅓-inch wide. 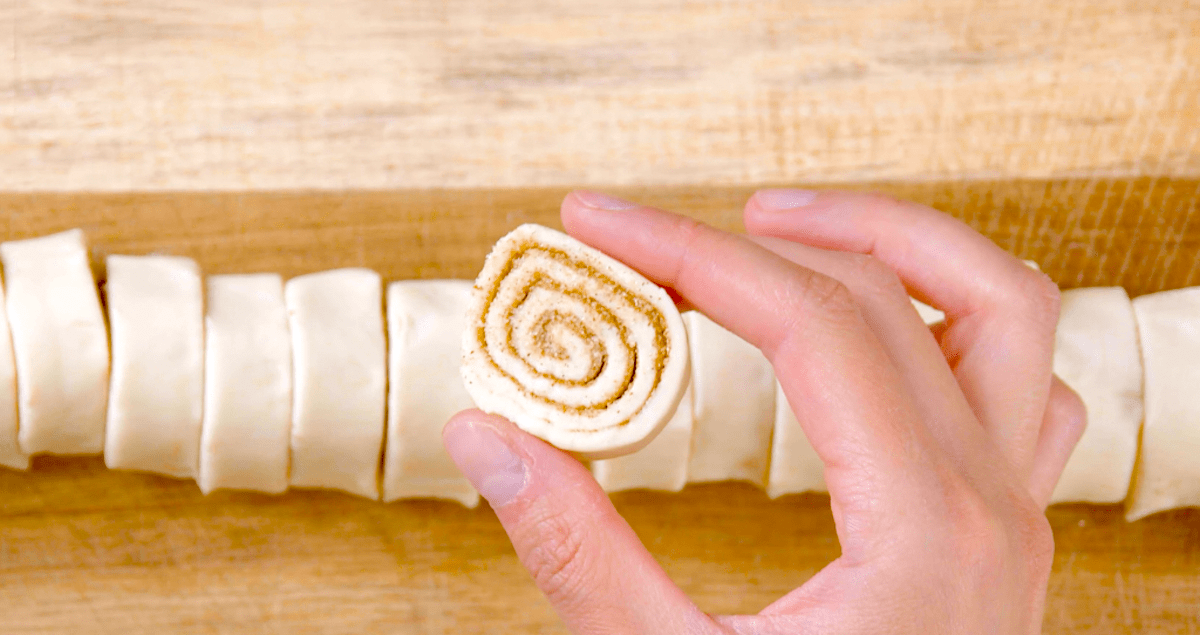 3. Grease a 9 or 10-inch tart pan and line the bottom and sides with cinnamon roll pieces. 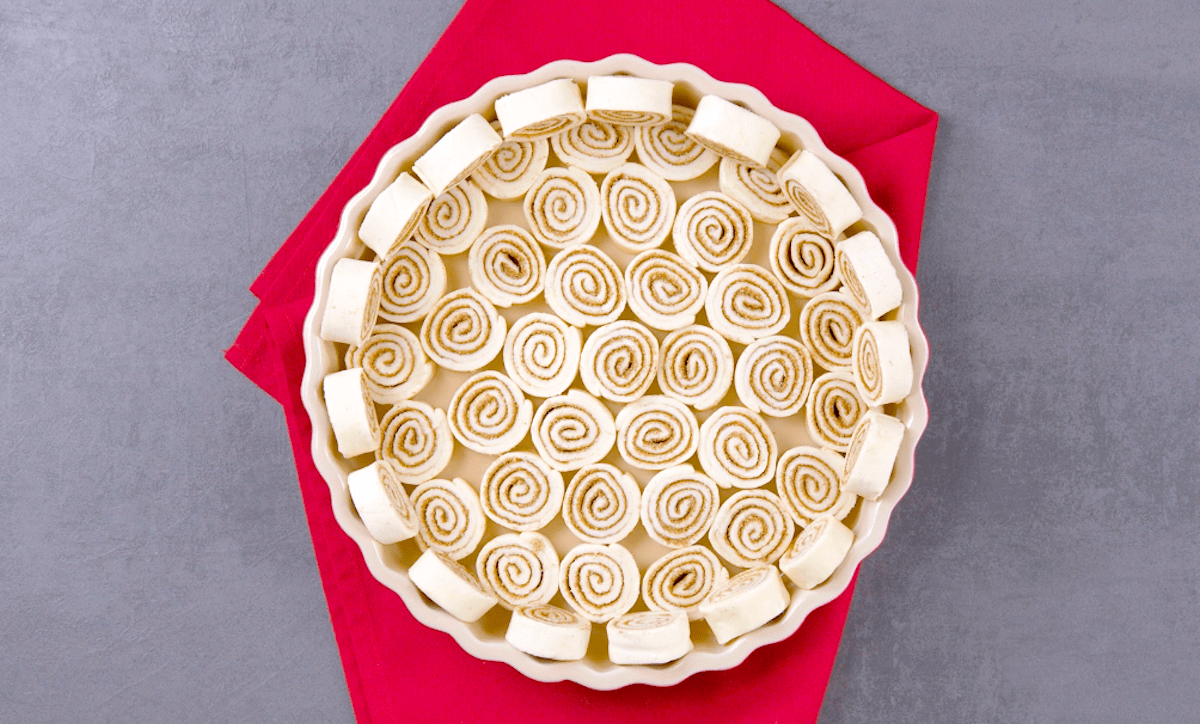 4. Press the cinnamon roll pieces down until they form one piece and then brush the egg wash over the dough. 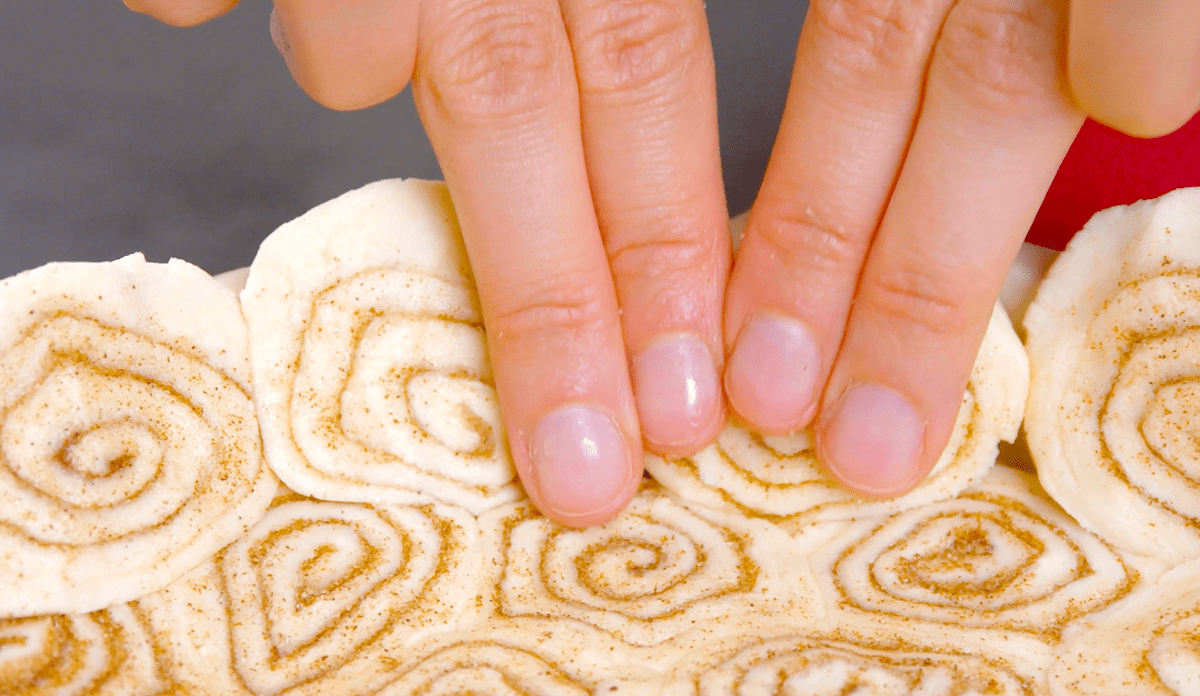 5. Peel the pears and remove the cores. Quarter and slice the pears and combine them with the cinnamon, toasted sliced almonds, dried cranberries, sugar, flour, and lemon juice. Spoon the cranberry pear filling over the cinnamon roll crust in the tart pan. 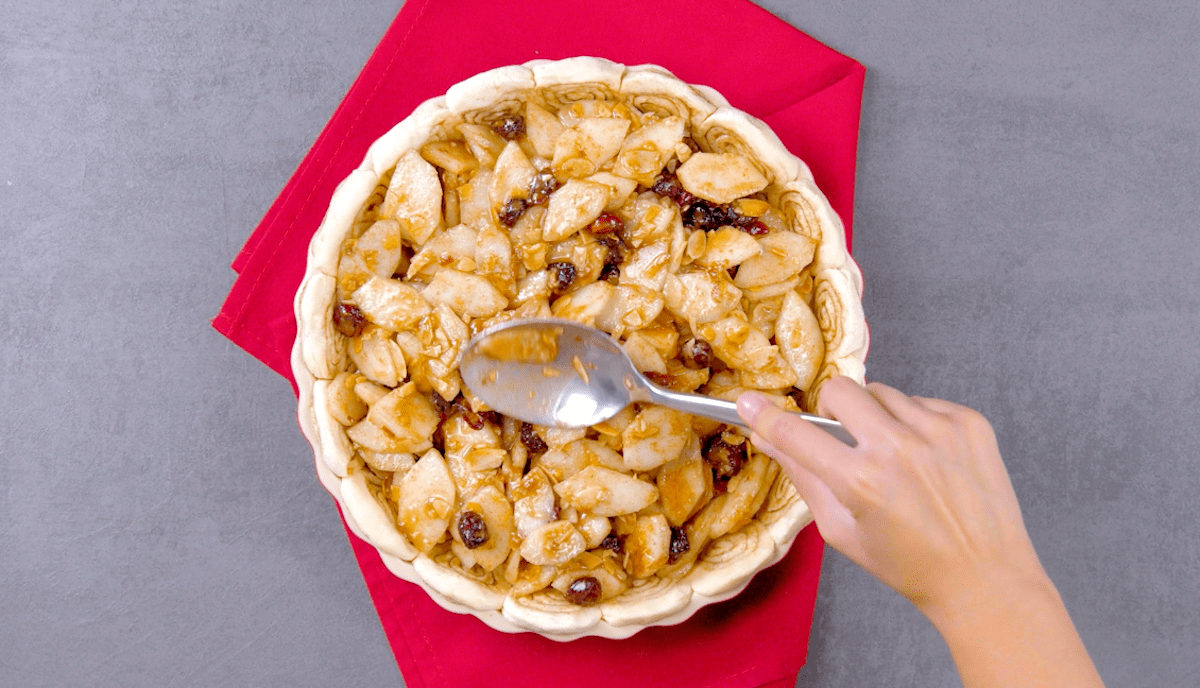 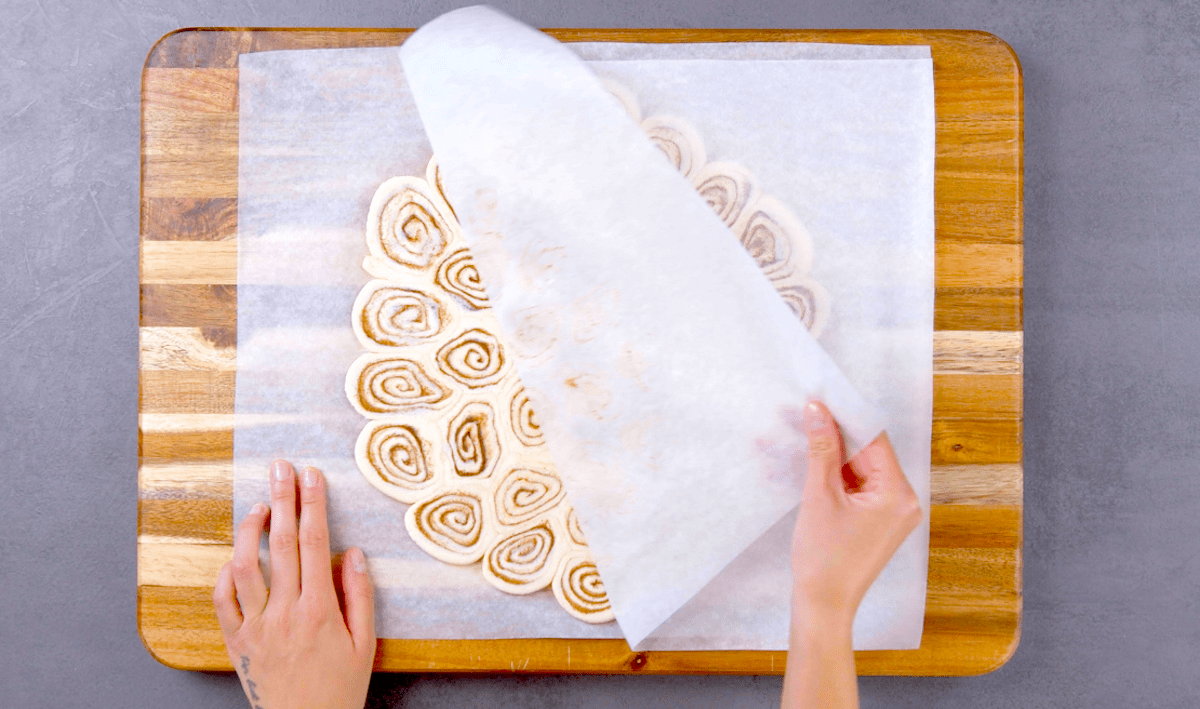 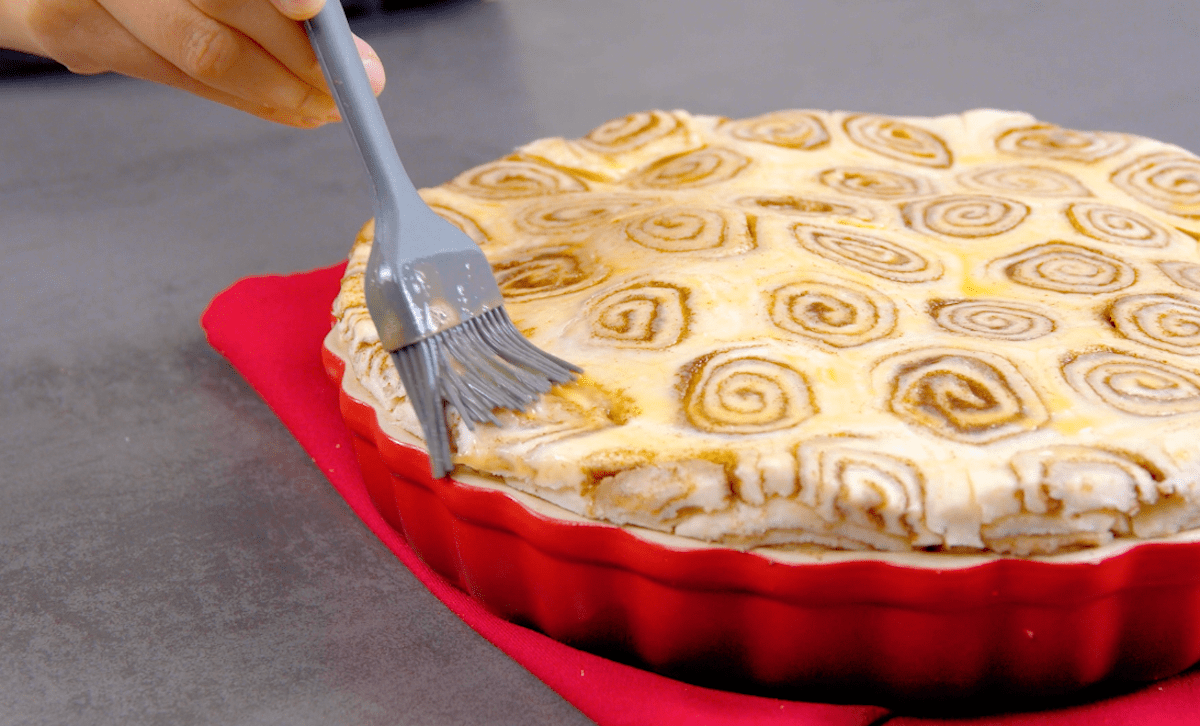 8. Transfer the tart pan to a preheated oven and cook at 350°F for 40 minutes. Garnish the cinnamon roll pie with icing before serving. 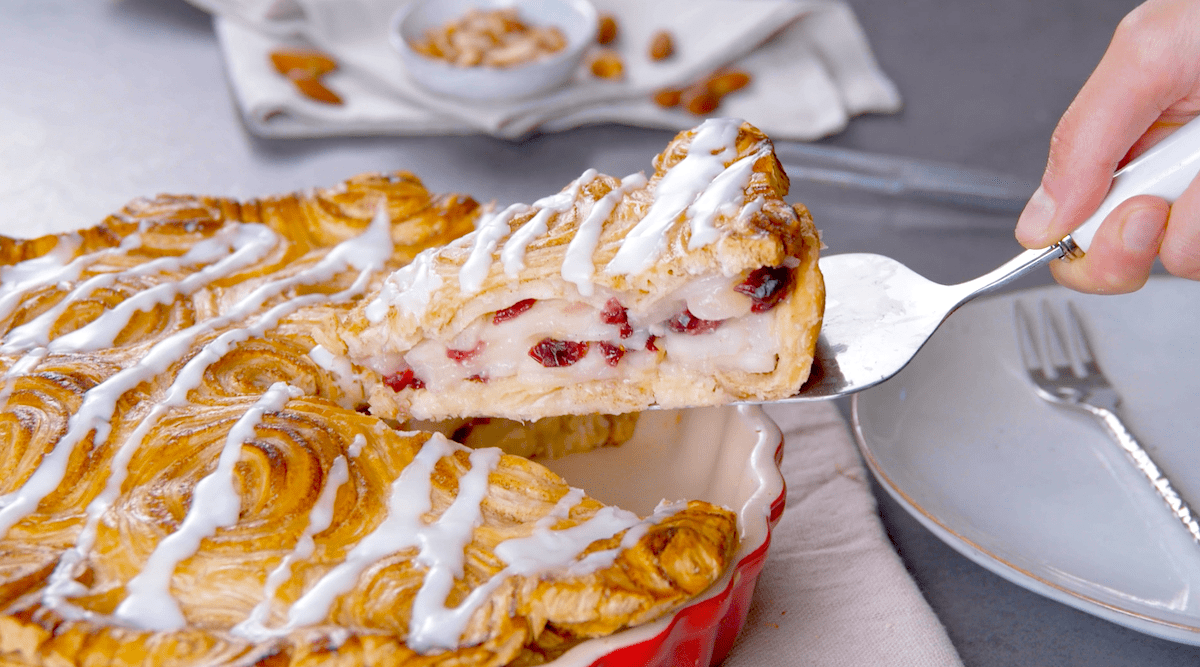