Roulade is something that can take a little bit of time to prepare, but it's always worth the effort. And it's something you can adapt for a wide variety of tastes and flavors. Today we're heading to sunny Spain for some spicy inspiration, so go ahead and join us on our culinary journey!

1. Start by preparing the sauce. Gently roast the onions, then pour in the wine and then the stock. Add the bayleaf as well as the rosemary and let everything come to the boil. 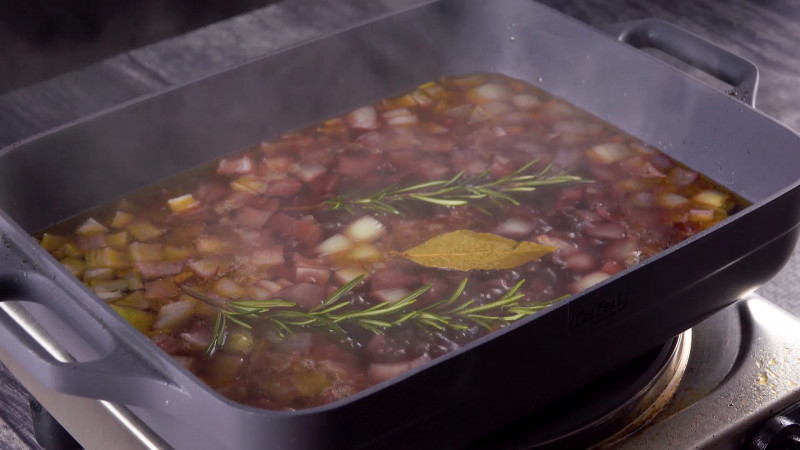 2. Cut the eggplant into strips and then salt them. After about 10 minutes, dab the strips dry then fry them. 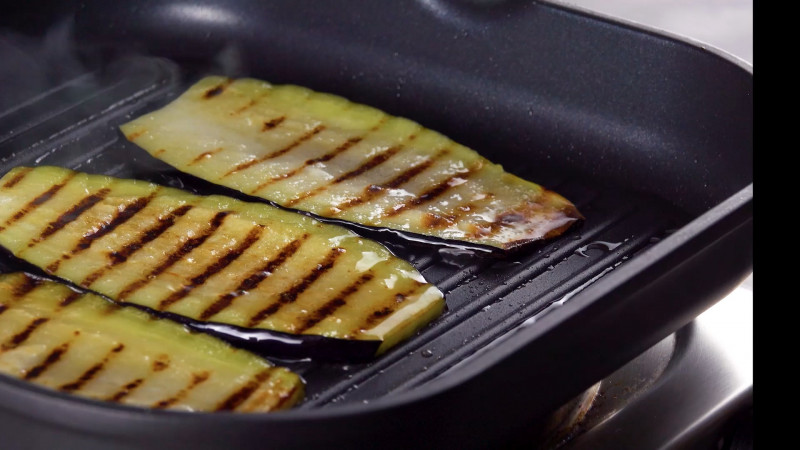 3. Chop up the olives and mix them with the mustard. Apply this paste to the pork steaks — but first hammer the steaks flat and season them with salt and pepper. Cover each pork steak with two slices of eggplant as well as a few slices of chorizo. Then roll up the meat with the toppings, spear it with an oiled skewer, then season it and roast it. 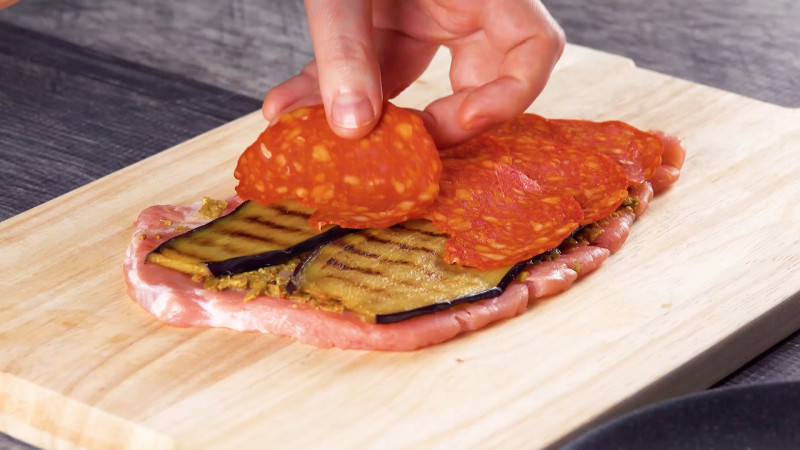 4. Put the sauce in a casserole dish and lay the roulades down in it. Braise them in a convection oven at 360°F for 45 minutes. Next, take the meat out of the sauce, remove the bayleaf and the rosemary then blend the sauce in a bowl with the pepper purée as well as some salt and pepper. 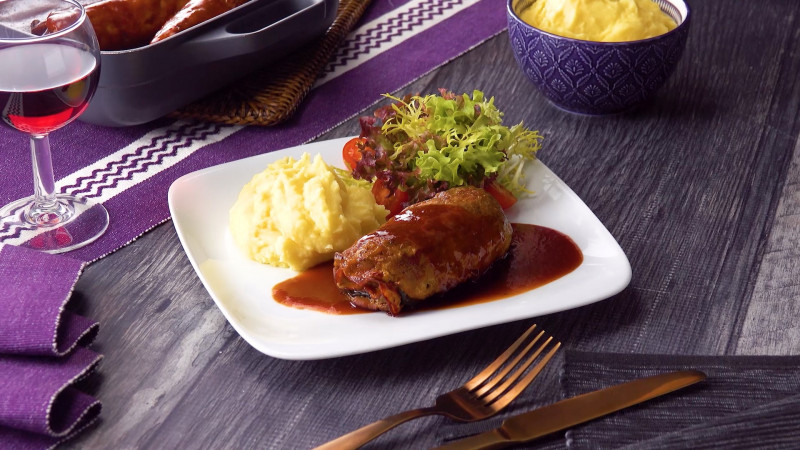 Chorizo is particularly popular in Spain and Portugal, and when it's not used in roulades, it's commonly served as a tapa with bread. You can find the recipe for the Roulade Roast featured in the bonus video here.