This chocolate crepe cake with white chocolate and brownies is a chocoholic's dream come true! With just a cut-up milk carton and a little bit of assembling, you can treat yourself to the most delicious dessert you've ever tasted. It combines layers of fudgy brownies, chocolatey crepes, creamy white chocolate, and a few dollops of fruity jam. And if that's not enough to convince you, the whole thing gets coated in the most delicious, creamy chocolate ganache at the end. It's increpeable!

For the chocolate crepes:

For the white chocolate cream:

For the chocolate ganache:

1. First prepare the white chocolate cream. Heat the milk to about 140°F and pour it over the chopped white chocolate. Once the chocolate has cooled down a little, add the softened butter in cubes. Mix everything with a whisk, fold in the whipped cream, and refrigerate for at least 2 hours. For a firmer cream, add some unflavored gelatin powder. 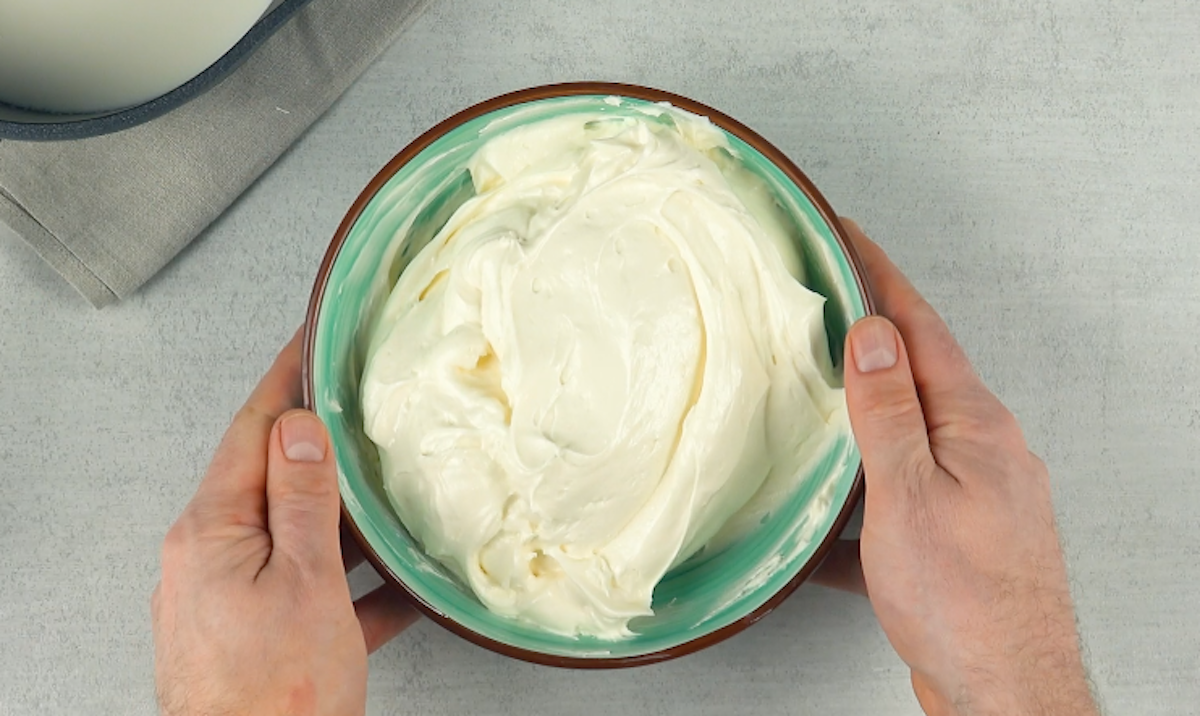 2. Now you can get started on the chocolate crepes. Mix the flour and cocoa powder together, add the egg, salt, sugar, and milk, and mix everything with a whisk until smooth. Add the sparkling water and give it another stir. Cover the batter and let it rest for 30 minutes. Then grease a skillet and cook the crepes. 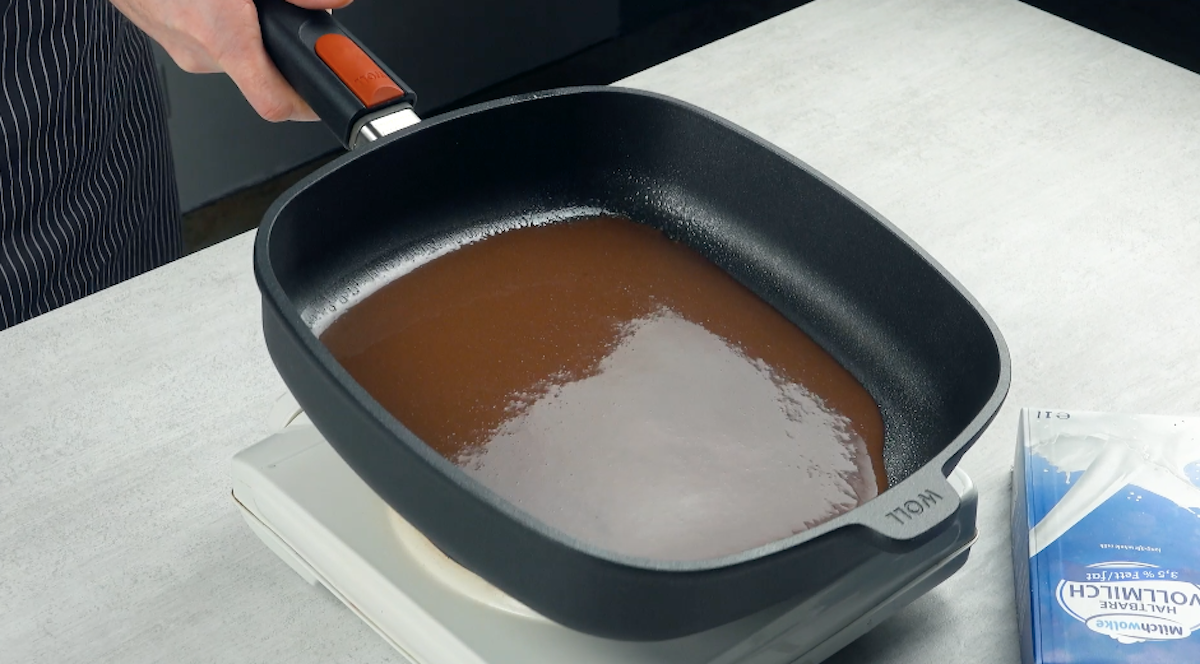 3. For the chocolate ganache, heat the heavy cream to about 140°F and pour it over the chopped chocolate. Let the chocolate melt and then add the butter. Mix everything until combined and set the ganache aside for later. Cut the milk carton in half lengthwise and line one half with the brownie that's been cut to fit. 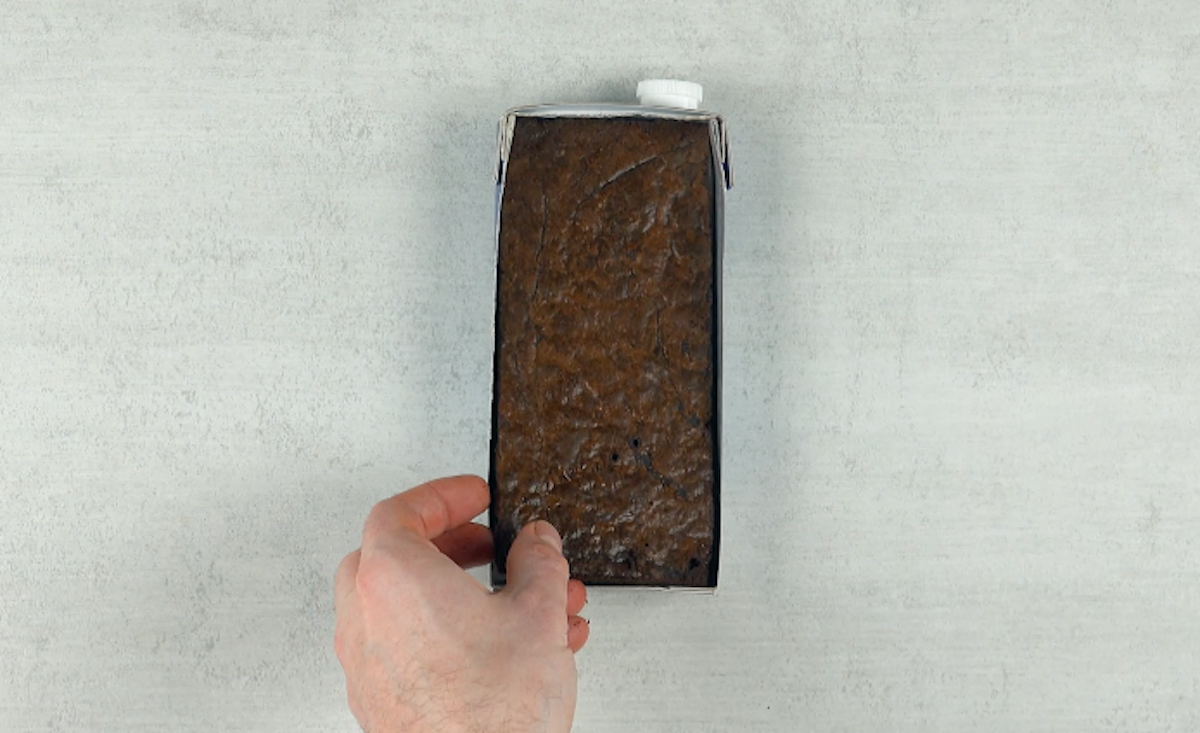 4. Cut the chocolate crepes to fit while they're in the skillet (you can use the empty milk carton half as a template). Spread the white chocolate cream over the brownie base in the other milk carton and smooth it out with a spoon. 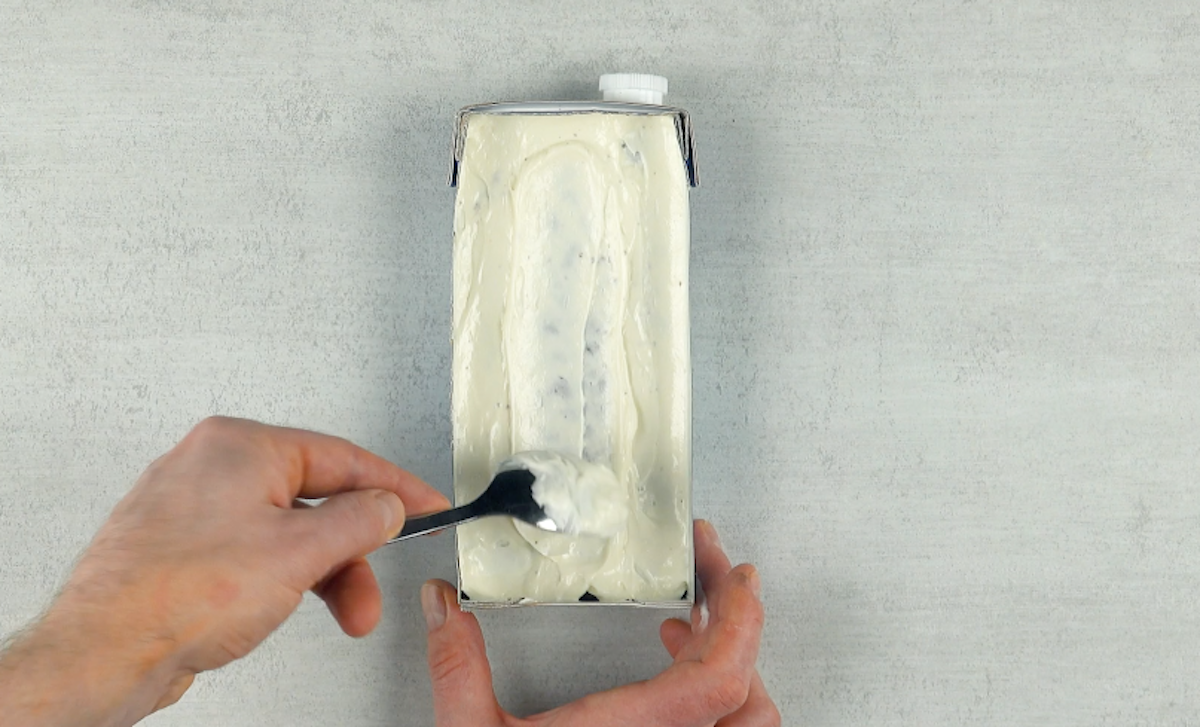 5. Spread a tablespoon of raspberry jam over the white chocolate cream. 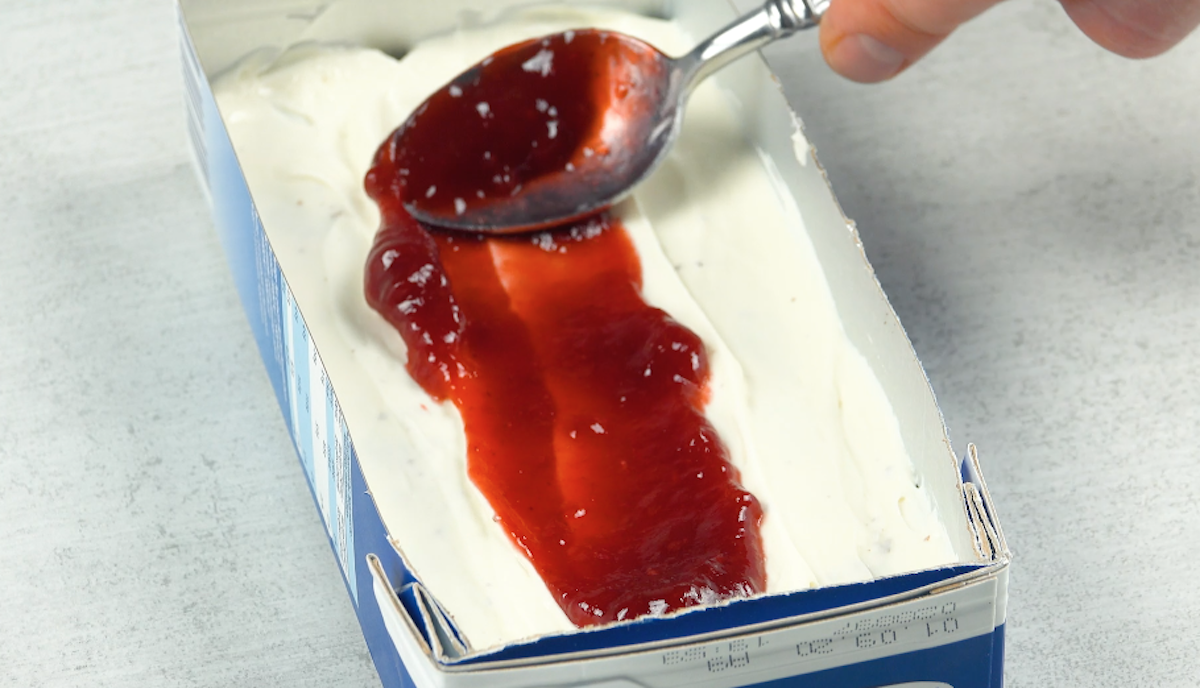 6. Place one of the trimmed crepes in the empty milk carton half. 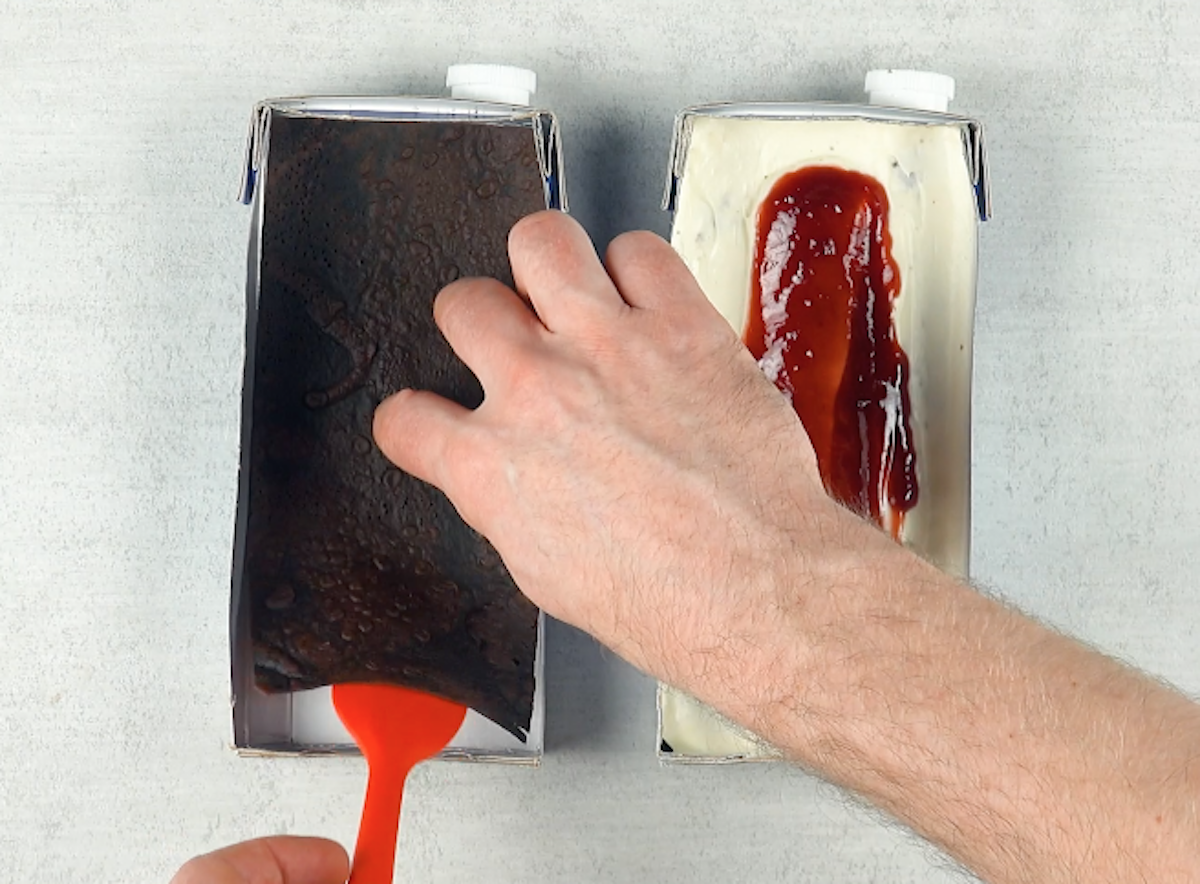 7. Place another one of the trimmed crepes in the milk carton with the brownie base. 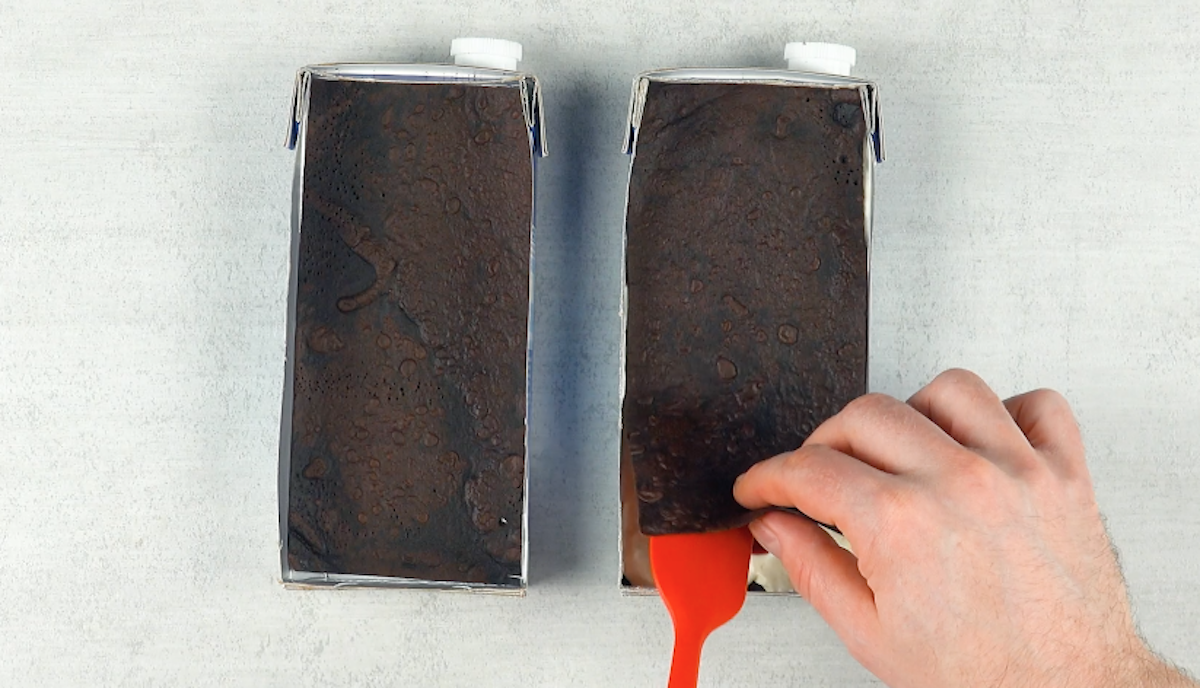 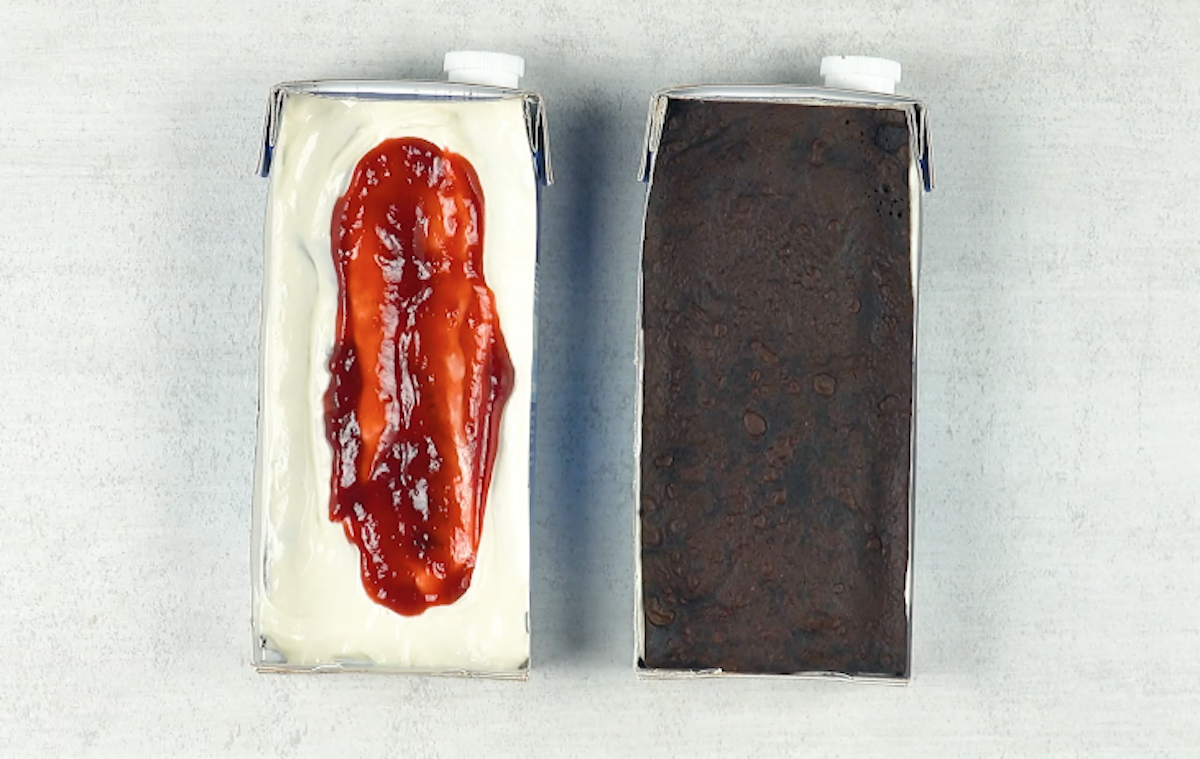 9. Spread another layer of cream over the crepe in the carton with the brownie base and grate some chocolate on top. 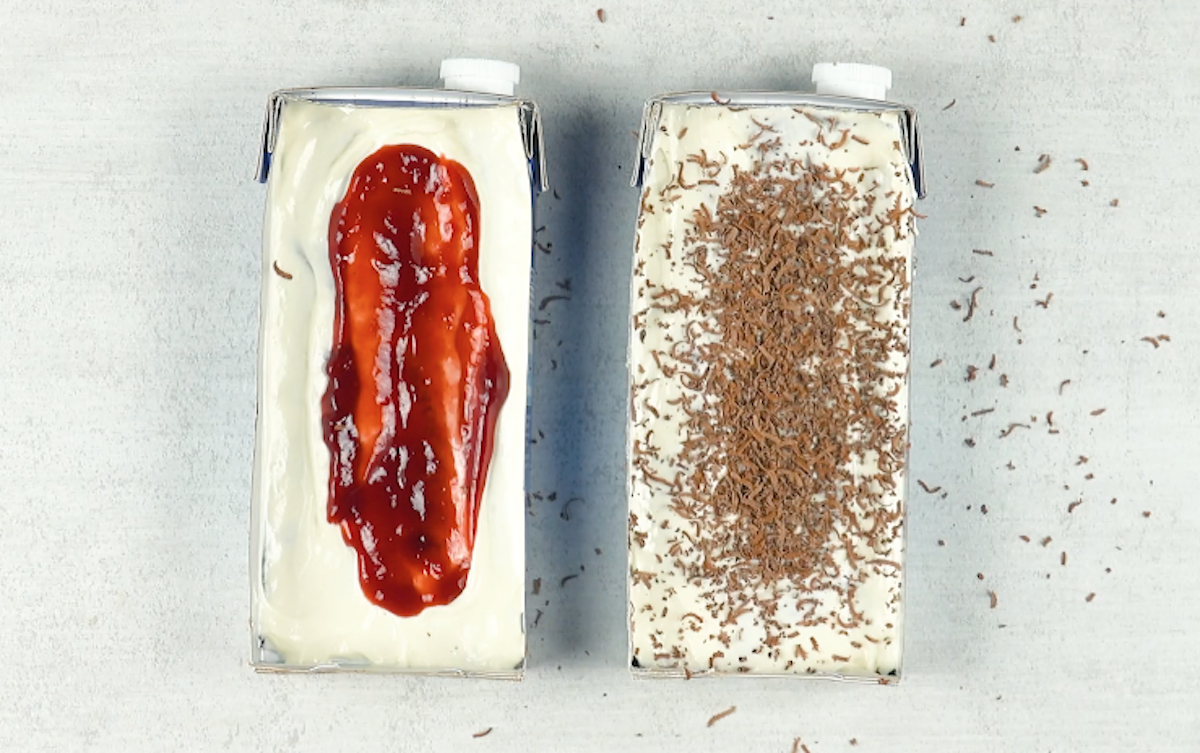 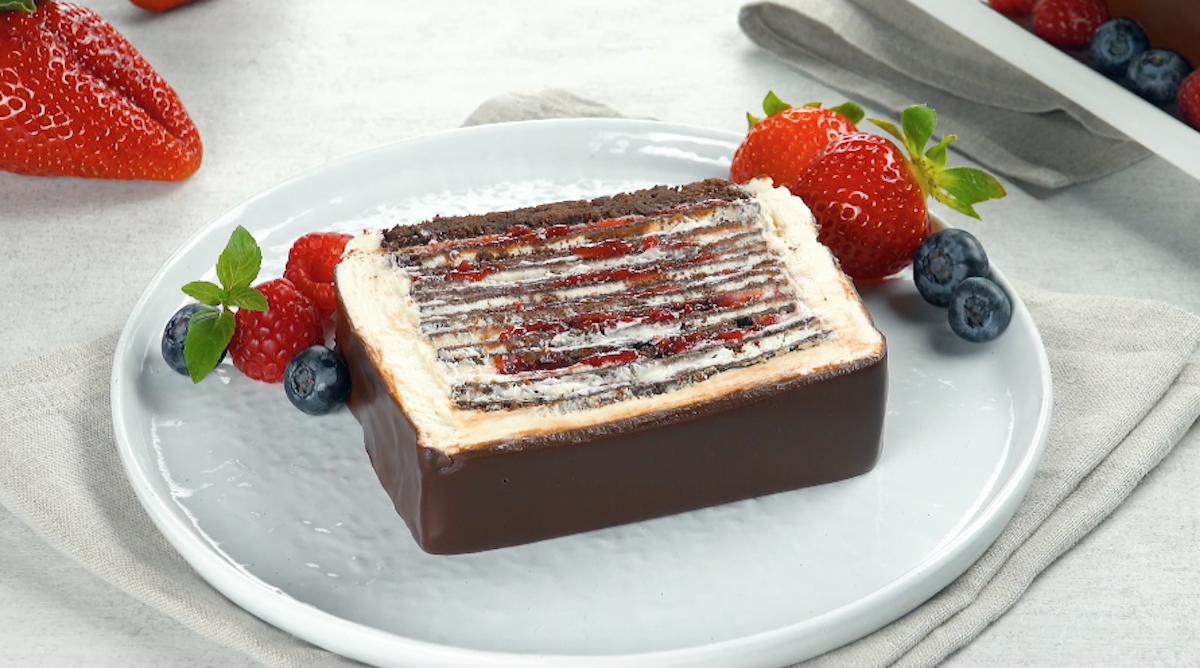 See how useful empty milk cartons can be?! This is a great hack for anyone who doesn't have every single piece of kitchen equipment known to man. This chocolatey layer cake with crepes and brownies is an utterly divine treat that you need to try!

Get the recipe for the Rainbow Crepe Cake featured in the bonus video.