Celebrate the World Cup with the ultimate sandwich stadium!

Whether you call it "football" or "soccer", it won't have escaped your attention that we're in the middle of the World Cup 2018. While there's still all to play for ahead of the final's final whistle, with this ultimate sandwich stadium — which is almost completely edible — you already know the end result. Right from the kick-off, you know it'll be delicious, it'll be varied and it'll be BIG.

You'll need about 11 friends to construct this tasty landmark before the big game, as it'll take a little time. But if you put the groundwork in, you'll be all set to party like you've made it to the finals when the next match is on.

For the sandwiches (per portion):

First cut the baguette in half lengthwise, then cut away a section crosswise according to size required. Spread the bottom half with a generous amount of cream cheese. Then cover the bread with some arugula, the ham, the cheese, the pickles, and finally, the strips of pepper. Then cover them with the top crust of the baguettes.

Of course, depending on the size of stadium you want to build, you should plan to make a lot of sandwiches. You can buy the ingredients in large quantities. 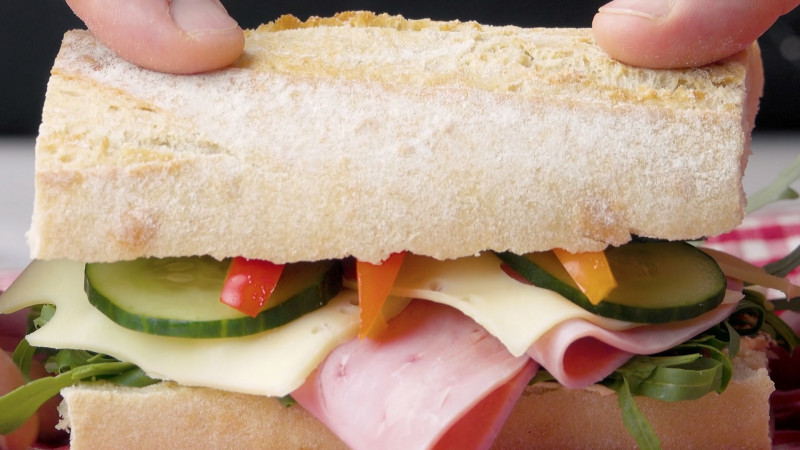 For the puff pastry swirls:

First, roll out the puff pastry on your work surface and cover it with cream cheese. Then spread the spinach-and-cheese mixture over it and press it down. Starting from one of the longer edges, roll up the dough and cut the roll into approx. 16 pieces. Then bake the swirls for 25 minutes in a convection oven at 350°F. 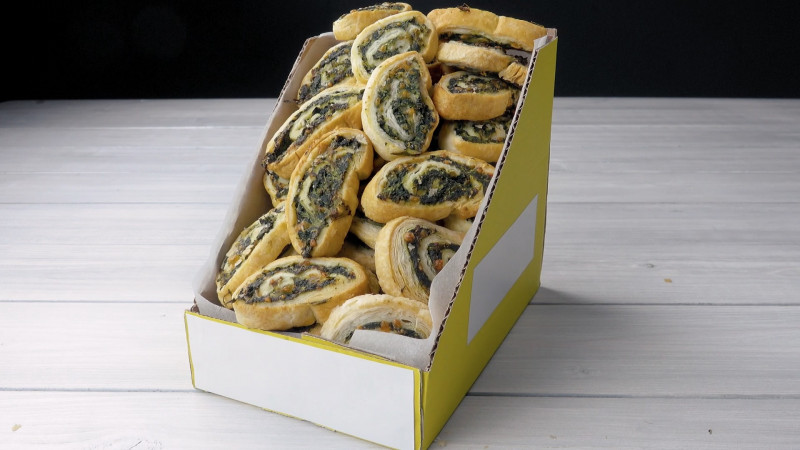 1. First, spread the cream cheese over a work surface. It should be the same size you want the pitch to be.

2. Then mix the parsley and the chives and sprinkle the mixture evenly over the cream cheese, so that's it's completely covered.

3. Now draw out lines with the piping bag like the ones you see on the football field.

4. Craft your players out of mini bread rolls, cocktail tomatoes and toothpicks and position them on the pitch.

5. Finally, build the two goals out of three breadsticks each. 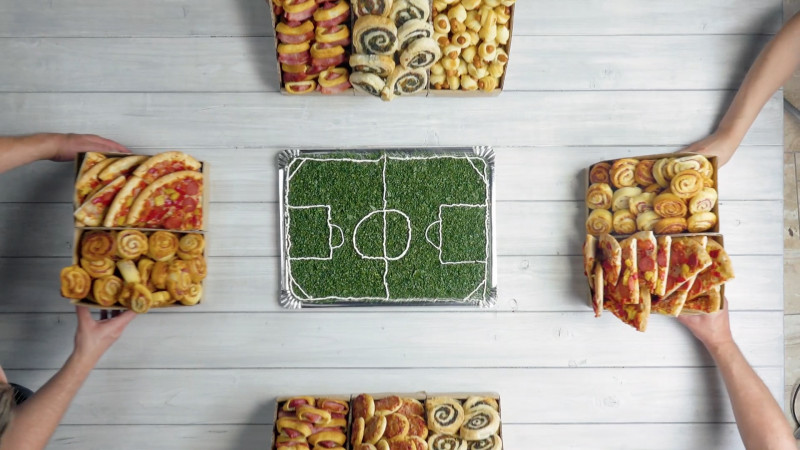 For the flags and the stadium screen: 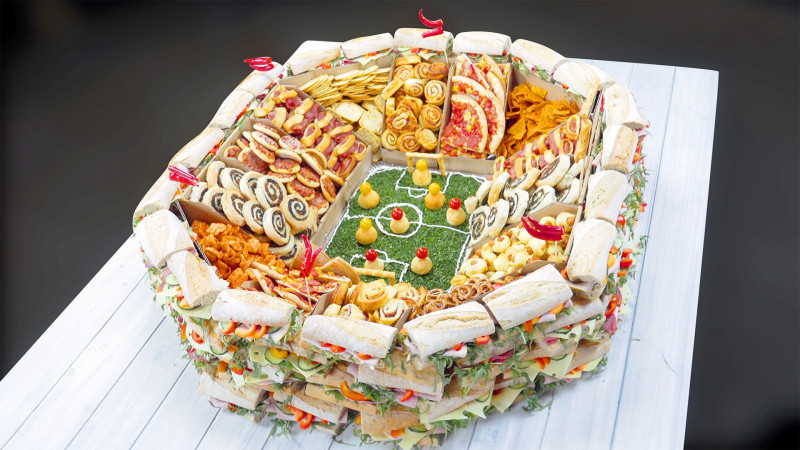 Once your world cup stadium is complete, you'll already feel like a world champion. After all, very few people manage to build such an imposing structure, especially from food! Just take care not to snack on your building materials as you go, because when you present your giant masterpiece for the party, you don't want any gaps (teethmarks) in the stonework (sandwiches)!