Beef Wellington Ring – A New Take On An Old Classic

The origin of this ingenious recipe for beef lovers is a little controversial. We already know that beef or filet wellington is about 100 years old and is a variation on a French dish. But the form in which this tasty creation wrapped in puff pastry is presented today might surprise even connoisseurs of this classic.

1. First finely chop the mushrooms, cut the ham into small pieces, finely dice the onion and then chop up the parsley, too. Mix everything together in a large bowl. 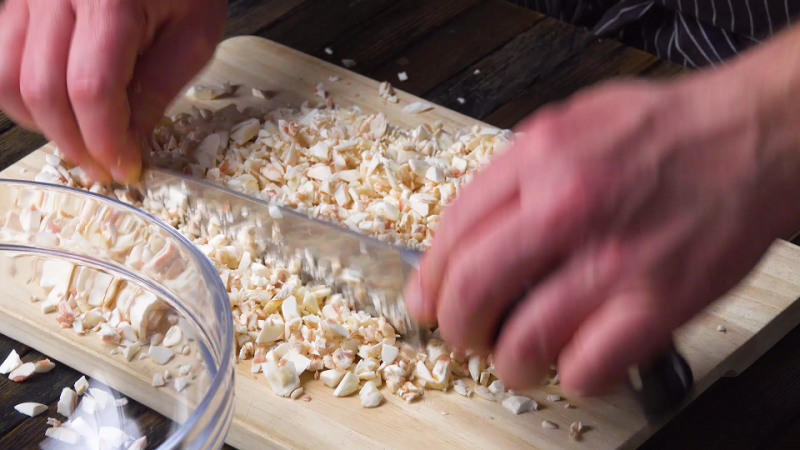 2. Fry the mixture in oil and season it with salt, pepper and nutmeg. Then take it off the heat so it can cool a little.

3. Now roll out a sheet of puff pastry and spread the mushroom and ham mixture on top of it in a circle. 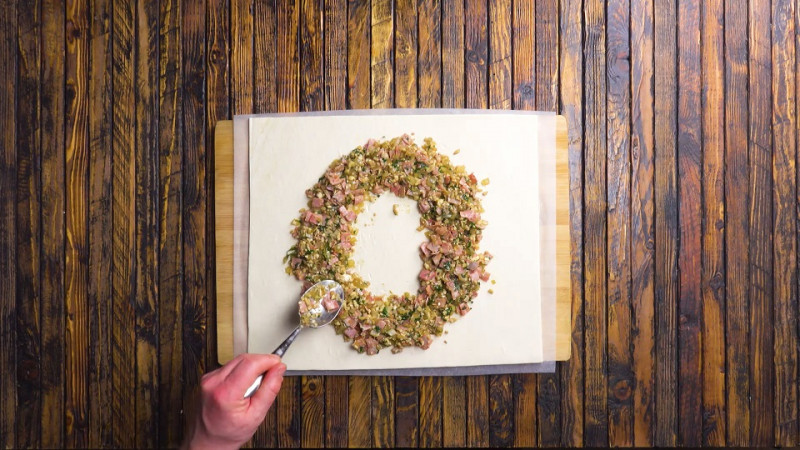 4. Brown the two beef filets in oil and season them in the pan with salt and pepper. Then lay the beef filets opposite each other to form a circle on top of the ham and mushrooms. Then cover the meat with the cheese slices. 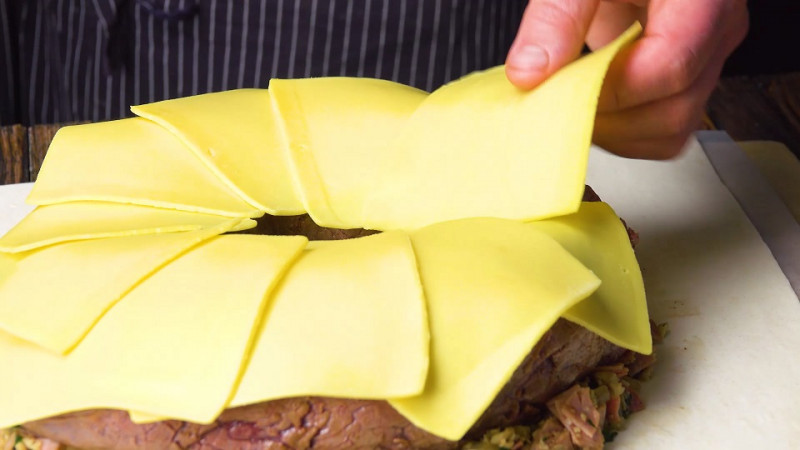 Now use a pastry brush to paint around the ring, as well as in the hole in the middle, with egg.

5. Then lay the second puff pastry sheet on top and press it down carefully. With a glass, cut a hole in the middle of the ring and remove the pastry there.

Then cut away the pastry around the ring too, but leave a border that's slightly smaller than 1 inch. Use a fork to press the two pastry layers together all the way round. Then glaze the whole thing once more with egg. 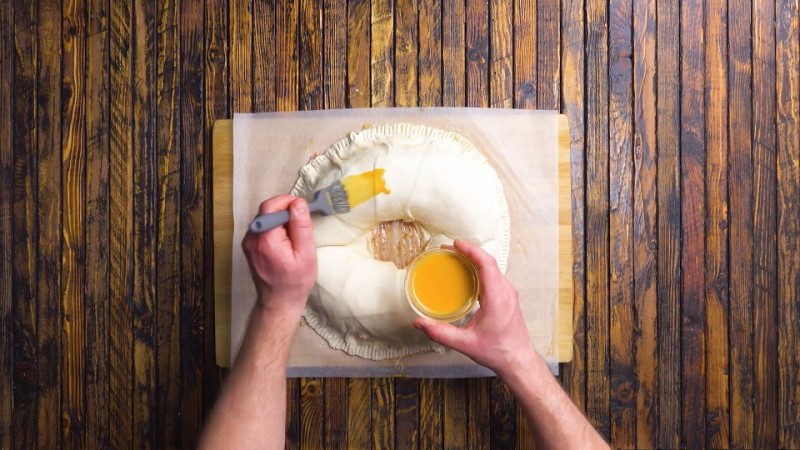 6. Now you just need to put your creation in the oven. This "donut" needs to be roasted for 45 minutes at 360°F with the heat coming from above and below. 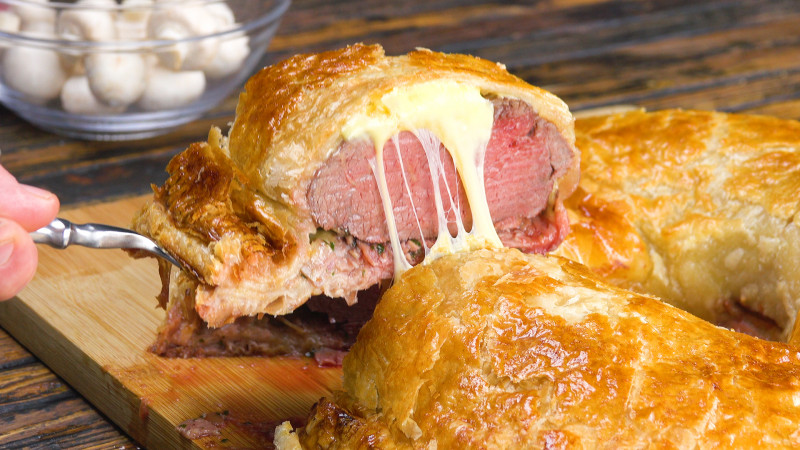 Beef wellington is always a great thing to serve your guests, but it's even better when you can amaze your visitors with a tasty XXL beef wellington ring in puff pastry!