There are certain staples that seem to crop up any time someone hosts a cookout, like steak, ribs, and hamburgers. But every once in a while, you just have to switch things up a bit and the same old, same old just won't do. That's why we're excited to introduce these incredibly delicious onion bombs! They're stuffed with ground beef AND cheese, wrapped in bacon, and then brushed with BBQ sauce before they get thrown on the grill. Adjectives like juicy and tasty don't even come to close to describing how amazing these onion bombs truly are!

1. Cut off the ends of the onions and peel them. 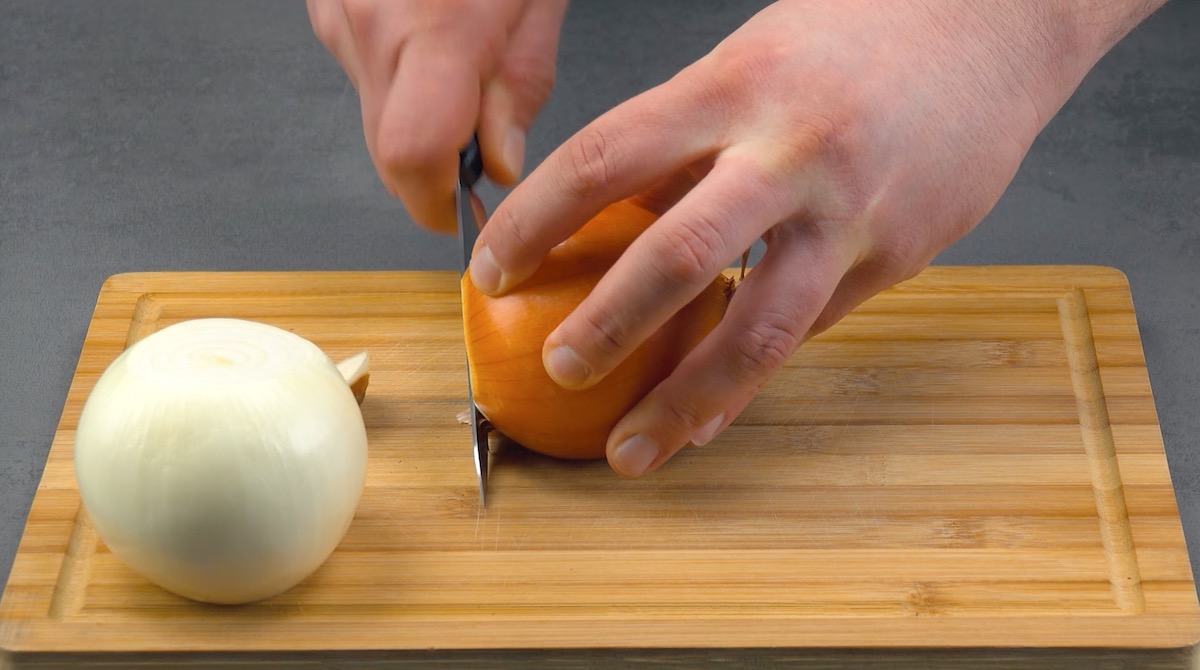 2. Cut the onions in half and set the outer 2 layers of each half aside for later. Dice the rest of the onions. 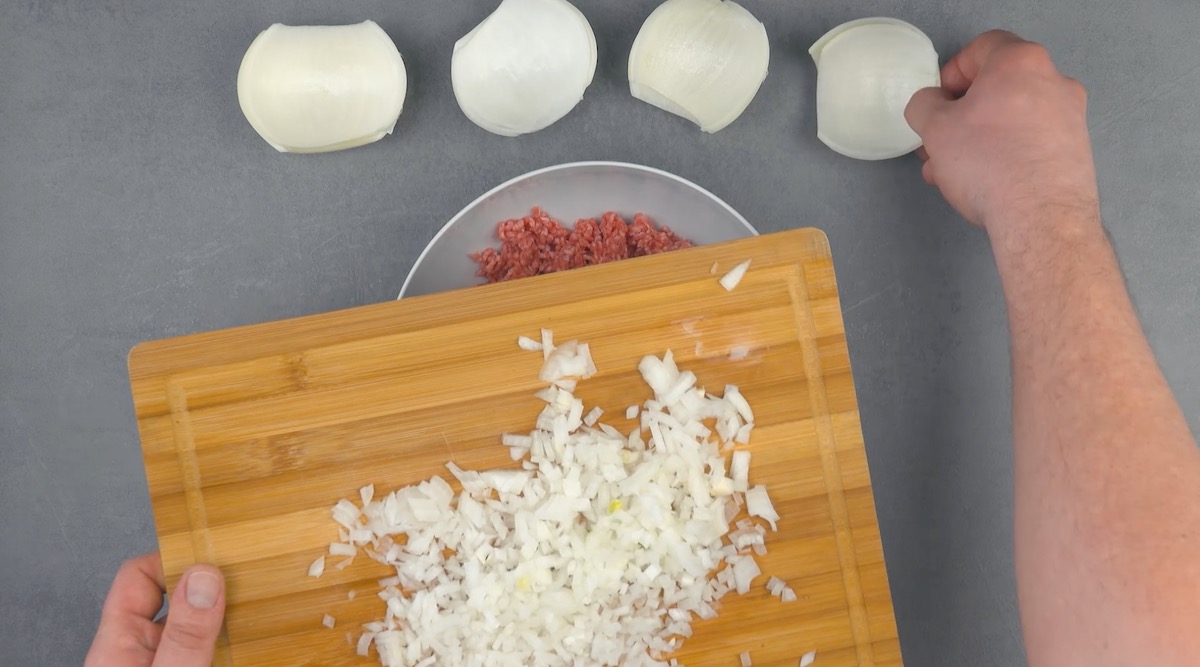 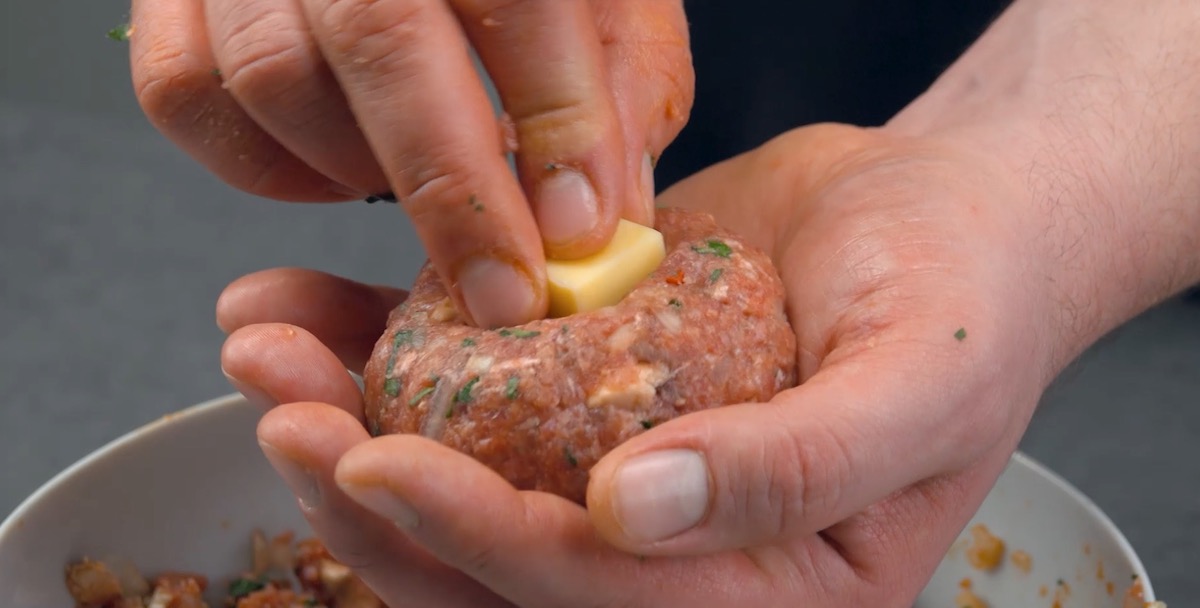 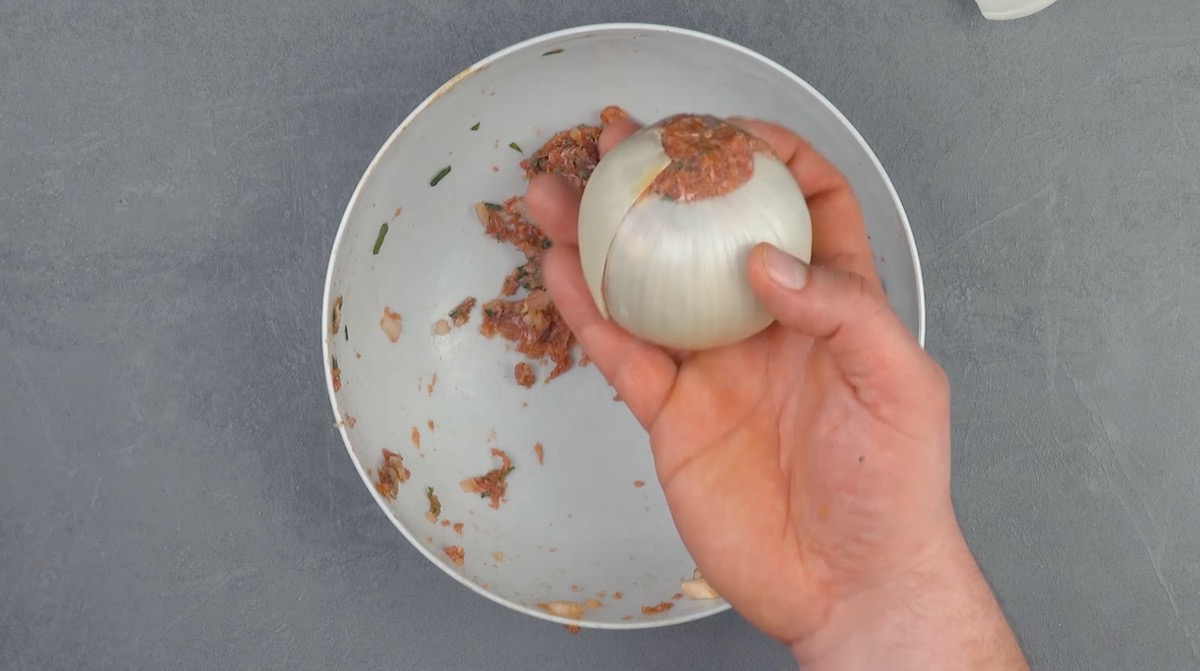 6. Wrap 4 slices of bacon around each stuffed onion.

7. Brush BBQ sauce over the bacon-wrapped stuffed onions and grill them over medium heat for 15-20 minutes until crispy and golden brown. 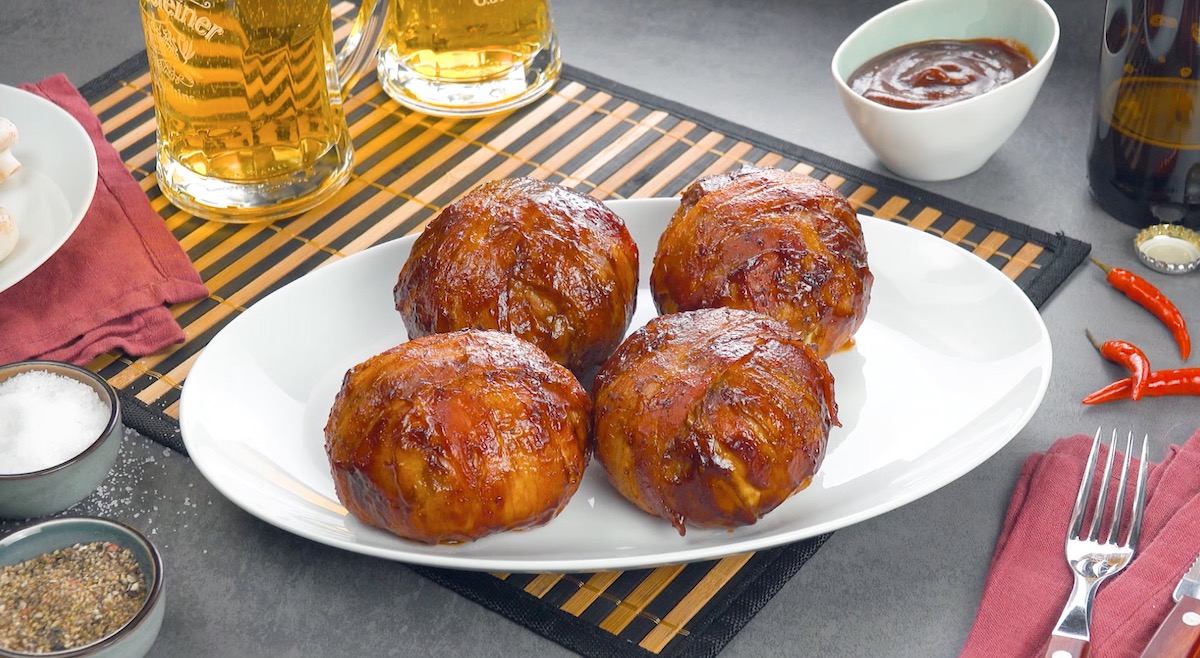 This is like the Trojan horse of grilled summer dishes in that a pleasant surprise awaits any unsuspecting guest once they cut into one of these stuffed onion bombs. Thanks to the perfectly seasoned, juicy ground beef and a river of melted cheese waiting to flow out, this one's sure to become your new cookout staple!

Get the recipe for the Bacon Cheeseburger Onion Rings featured in the bonus video.