The days are getting longer, the trees are starting to blossom, the temperature's rising. There's something in the air... and that something is spring! And 'round this here way, that means only one thing – it's BBQ season! Yup, it's time to get grilling again. If you're into firing up the grill as much as we are and simply can't wait any longer, you should definitely give this recipe a try. This is one epic hot dog featuring a juicy brat stuffed to the gills with melted cheese and then double wrapped in bacon and a red pepper!

1. Cut both brats lengthwise and stick 3 cheese cubes into each sausage. 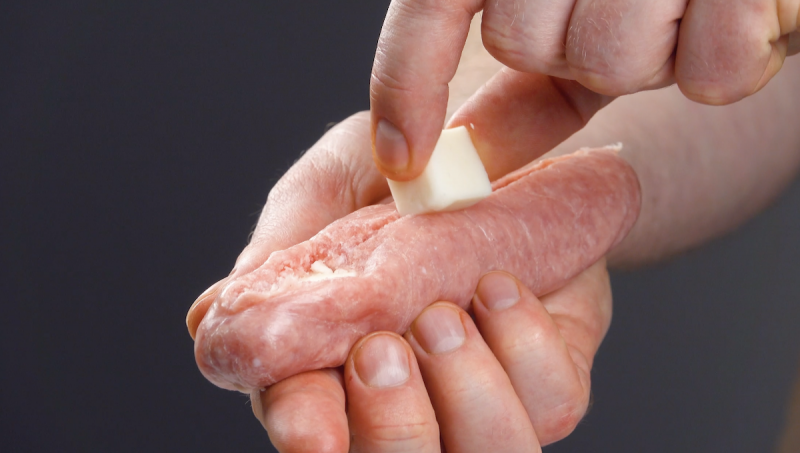 2. Place the bacon slices on a piece of plastic wrap so that they overlap and then wrap the plastic around the two cheese-stuffed brats. The brats should be placed end to end to create one long sausage. 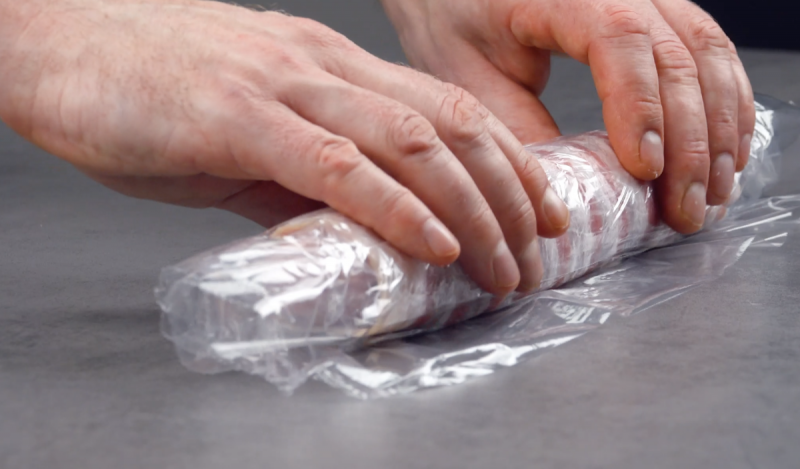 3. Remove the plastic wrap and stick the bucatini noodle or wooden skewer into the bacon sausage roll. 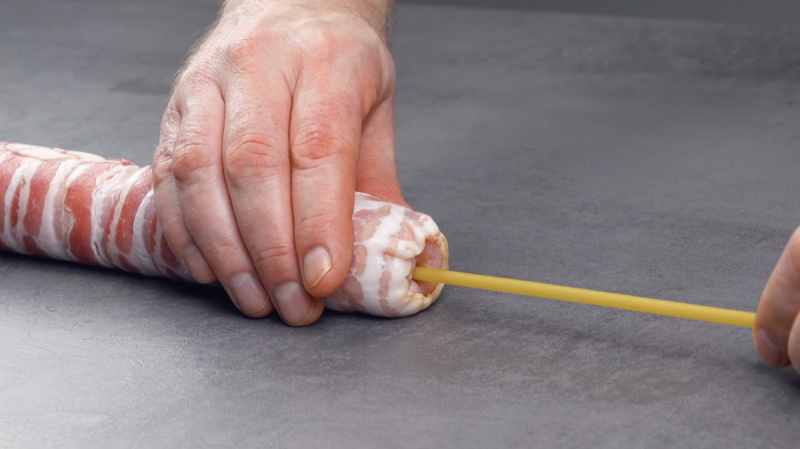 4. Put the skewered brat on the grill and cook it on all sides. 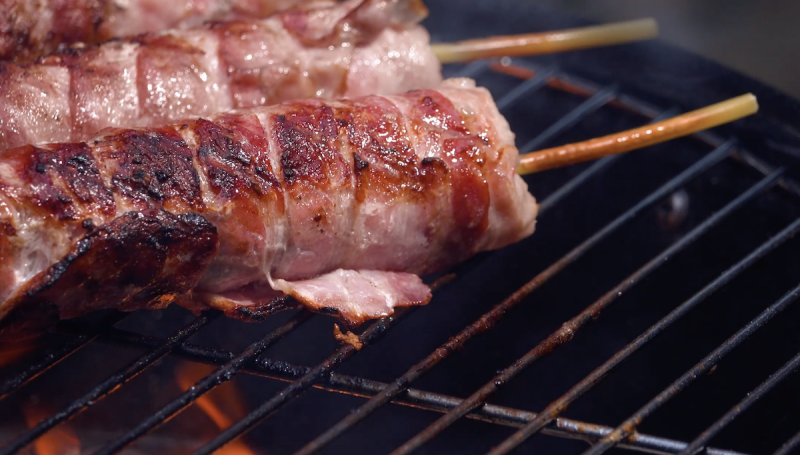 5. Cut off the ends of the long red peppers and open them lengthwise. Place them around the sausages on the grill and cook the peppers until they're done. 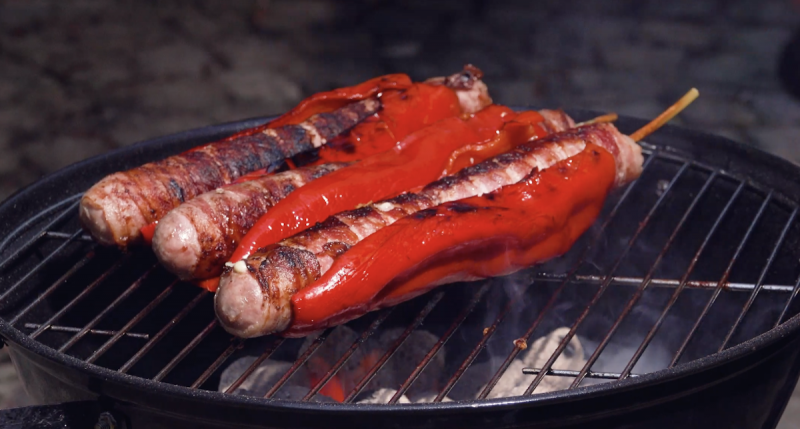 6. Cut open the hot dog bun and put the bacon cheese pepper brat inside. Pull out the wooden skewer or bucatini noodle and garnish with mustard and diced jalapeños.

Who else is salivating over these dawgs? If you want to go to Flavortown, put these on the grill ASAP – Guy Fieri would definitely approve!

Check out the Cheesy Stuffed Peppers featured in the bonus video.