If you've never heard of baeckeoffe before, you better pay attention now. Baeckeoffe is a traditional Alsatian dish that is actually nothing more and nothing less than a hearty stew with plenty of vegetables and a ton of meat. 3 different types of meat, to be exact – beef, pork, and lamb, all marinated in white wine. Back in the olden days, the stew was prepped early in the morning so it could simmer for hours on end and the pot was sealed with a ring of dough to make sure no one would help themselves too early – that's how good it is!

For the meat & marinade:

1. Cut all 3 types of meat into big chunks and place them next to each other in a casserole dish. 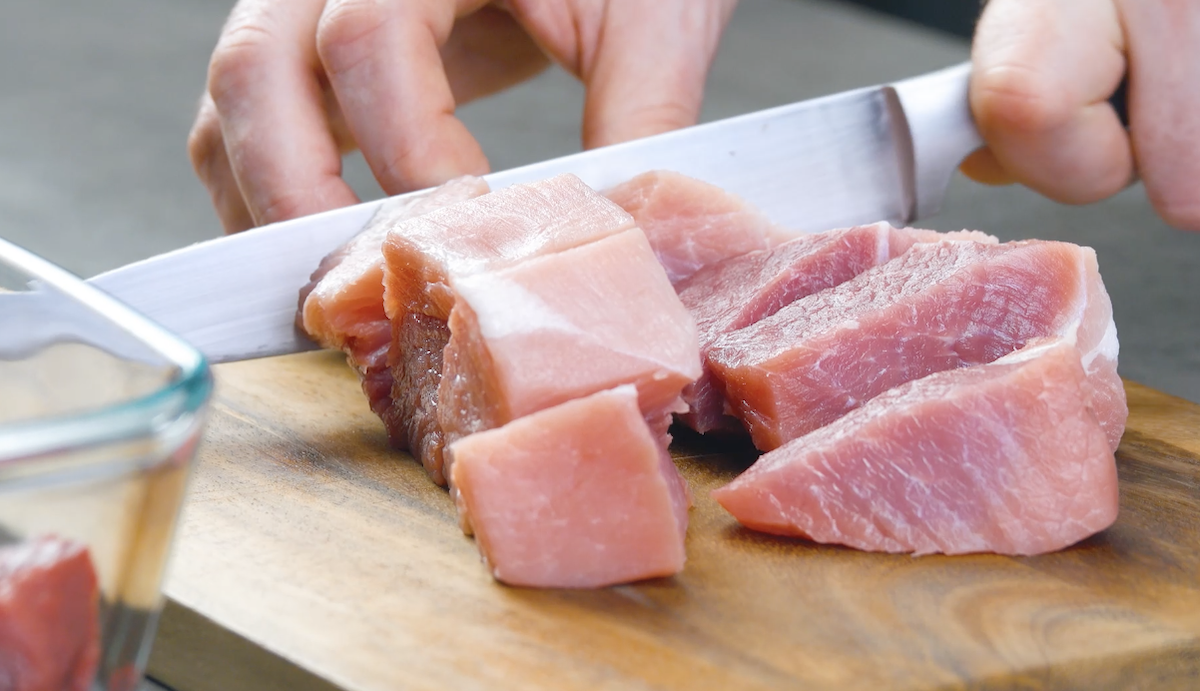 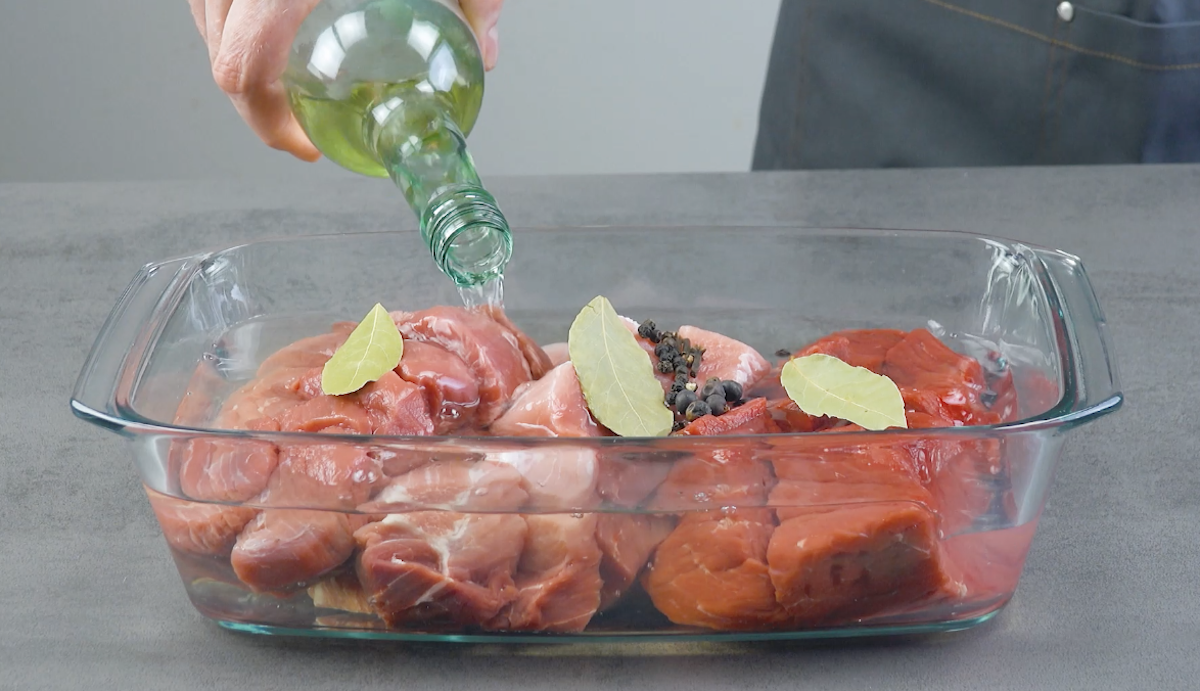 3. The next day, preheat the oven to 325°F. Grease a large Dutch oven with softened butter and line the pot with half of the potato slices before adding half of the carrots, leeks, and onions on top. 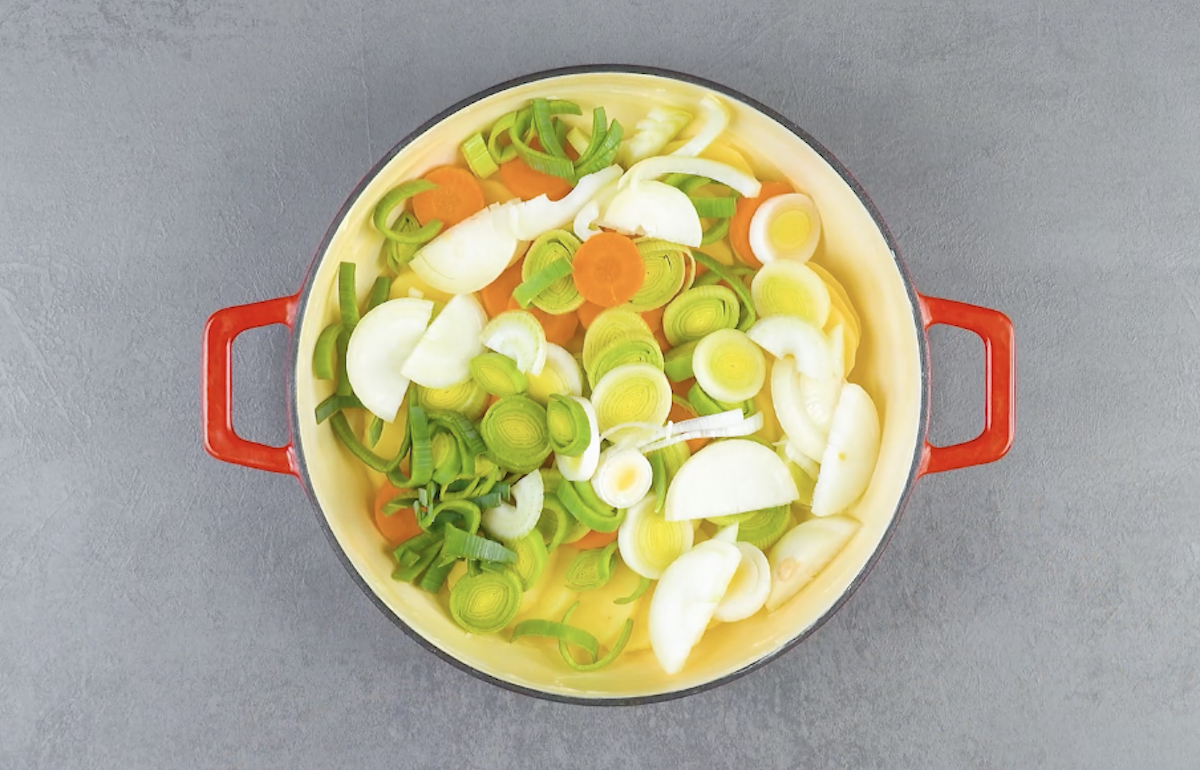 4. Take the meat out of the marinade and spread it over the veggies in the Dutch oven, then add the bacon. 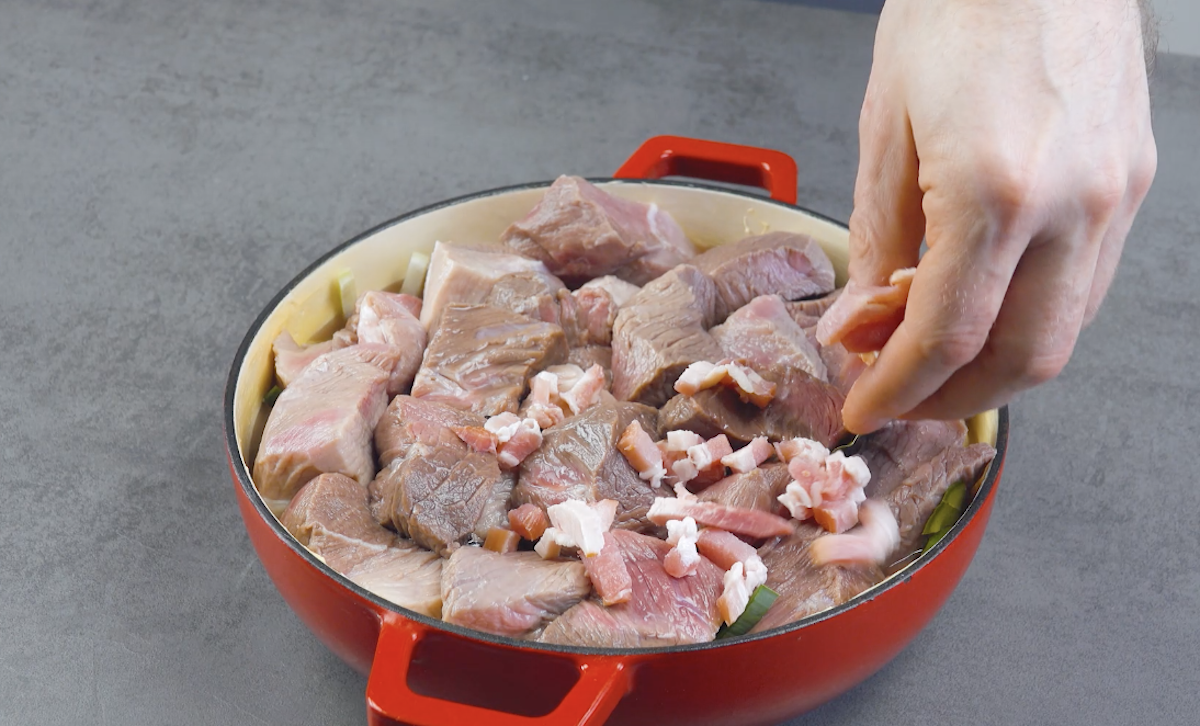 5. Add the rest of the veggies, season with salt and pepper, and pour the marinade into the pot. 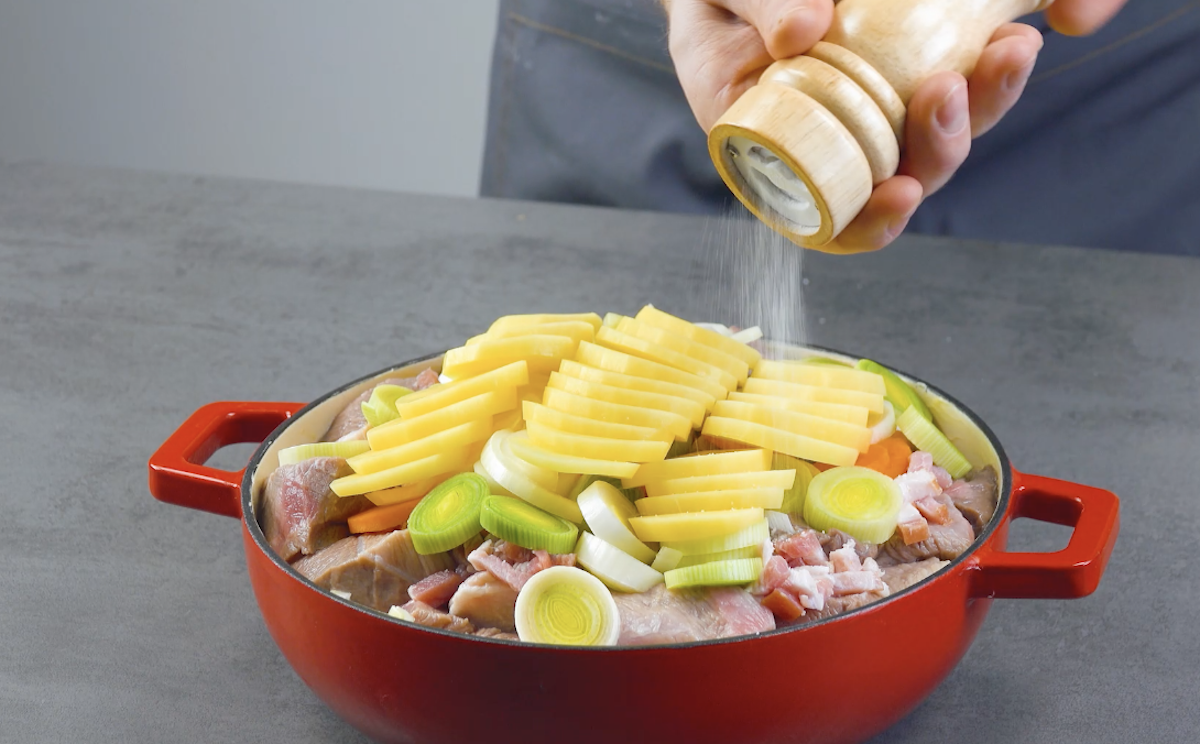 6. For the dough, combine the flour, water, and salt and knead until a smooth dough forms. Roll the dough out into a long strip and press it to the rim of the Dutch oven. 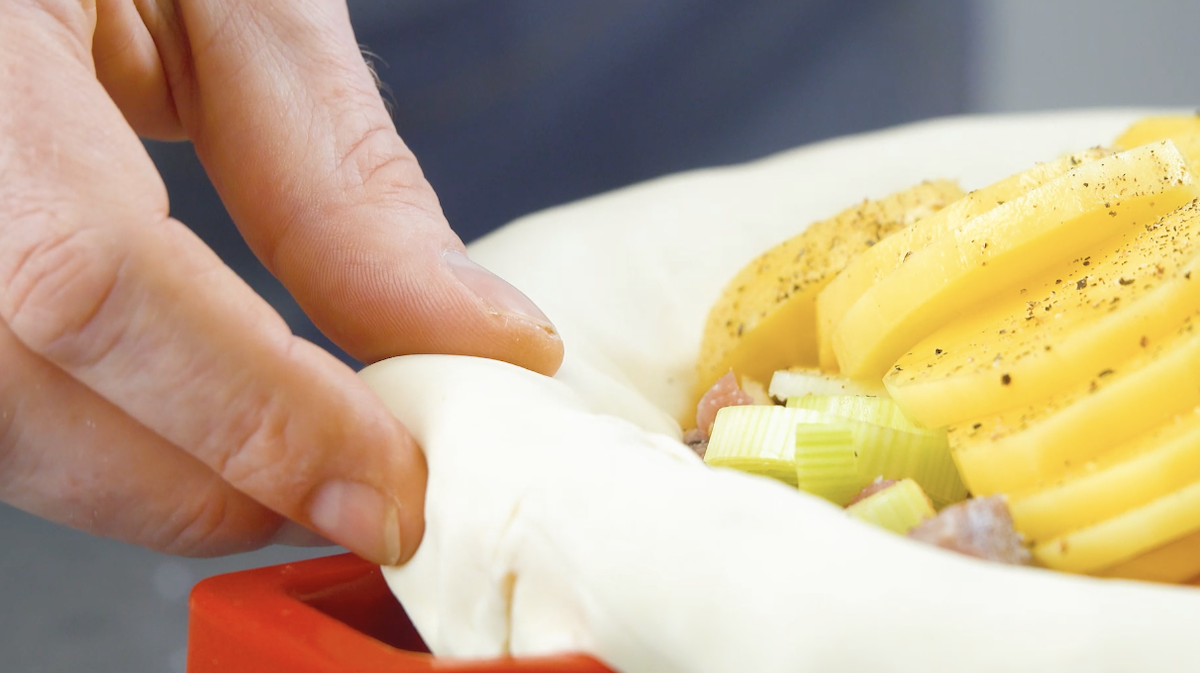 7. Put the lid on the dough and press down firmly. Transfer the Dutch oven to the preheated oven and cook for 3 hours. 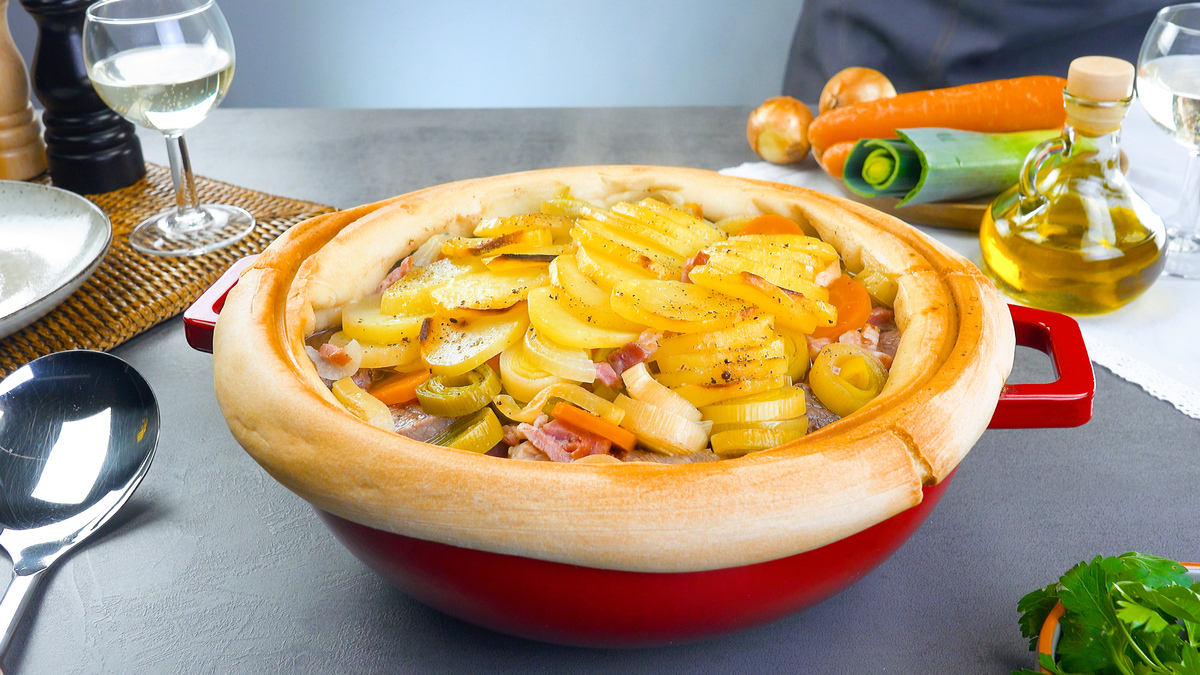 This recipe is classic Alsatian cuisine and it's not nearly as complicated as it might seem at first glance. Once you've prepped all the ingredients and they're ready to go, the stew kind of takes care of itself, and you get to just go about your day and come back to it later. This is a perfect recipe to make on a rainy day – it's basically a hug in a bowl!

Get the recipe for the Chicken Alfredo Pan Pie featured in the bonus video.