What would we do without honey bees? Their sweet, delicious honey and incredibly resilient beeswax are the stuff dreams are made of! We took some inspiration from these dedicated little worker bees and recreated one of their greatest creations, the honeycomb, as a delicious, unique dessert. The honeycomb pattern on the outside of these bite-sized treats will make them the buzz of the town, and their sweet honey and almond filling is fit for a queen. They're un-bee-lievable sweet treats that are simply too cute and delicious to resist!

For the honey almond filling:

For the honeycomb dough:

1. For the honey almond filling, grind the almonds in a food processor until they're finely chopped. Stir together the ground almonds, brown sugar, egg white, and honey in a large mixing bowl until combined. Wrap the filling in plastic wrap, transfer it to the refrigerator, and chill for at least 15 minutes. 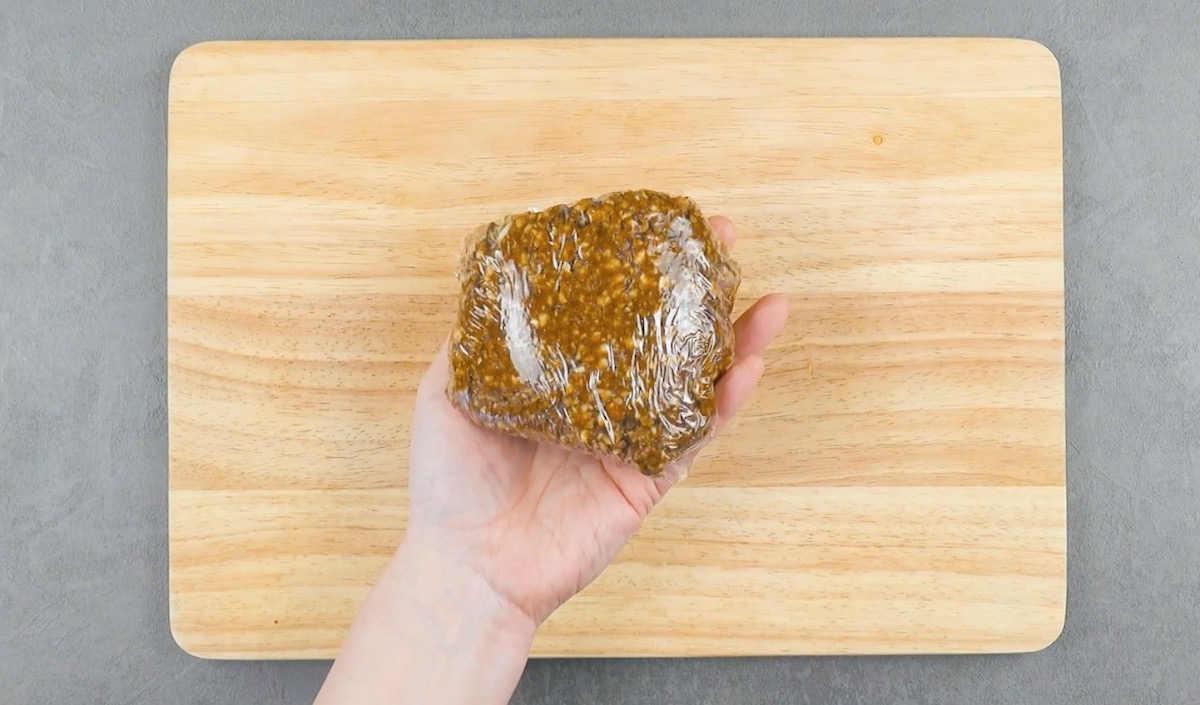 2. For the honeycomb dough, knead together the flour, corn starch, baking powder, salt, and cubed butter by hand. Dissolve the 4 threads of saffron in ⅓ cup of water, pour the mixture through a sieve to remove any excess residue, and mix the saffron water into the dough. Transfer the honeycomb dough to the refrigerator and chill for 10 minutes. 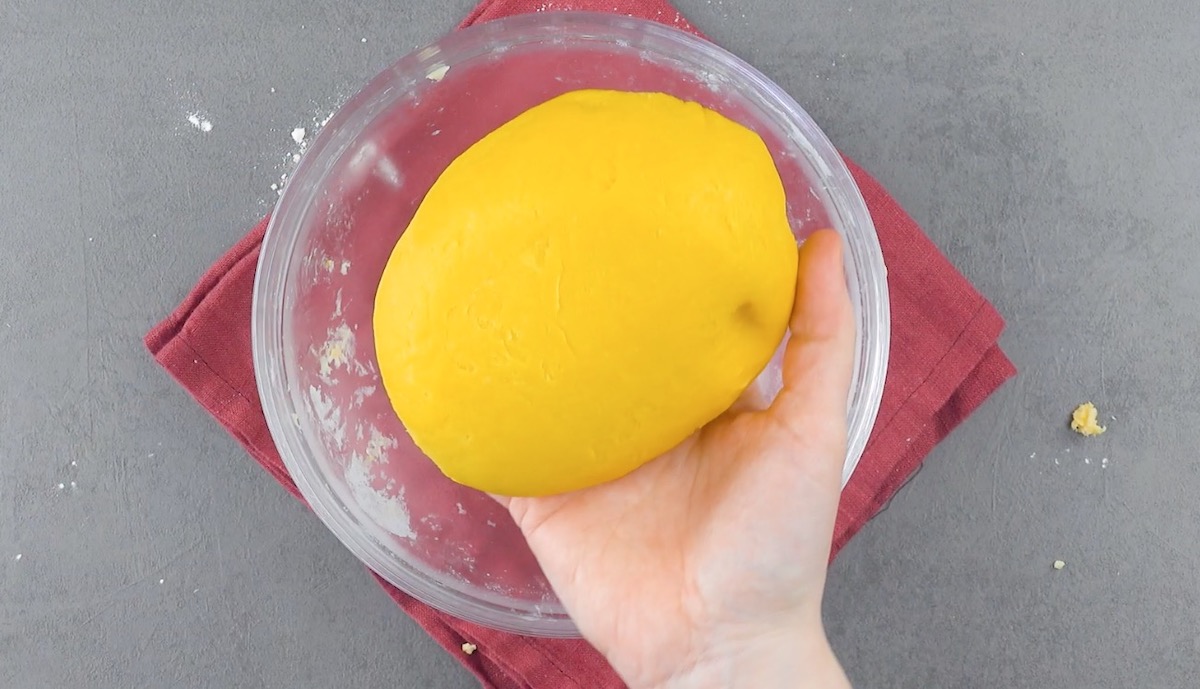 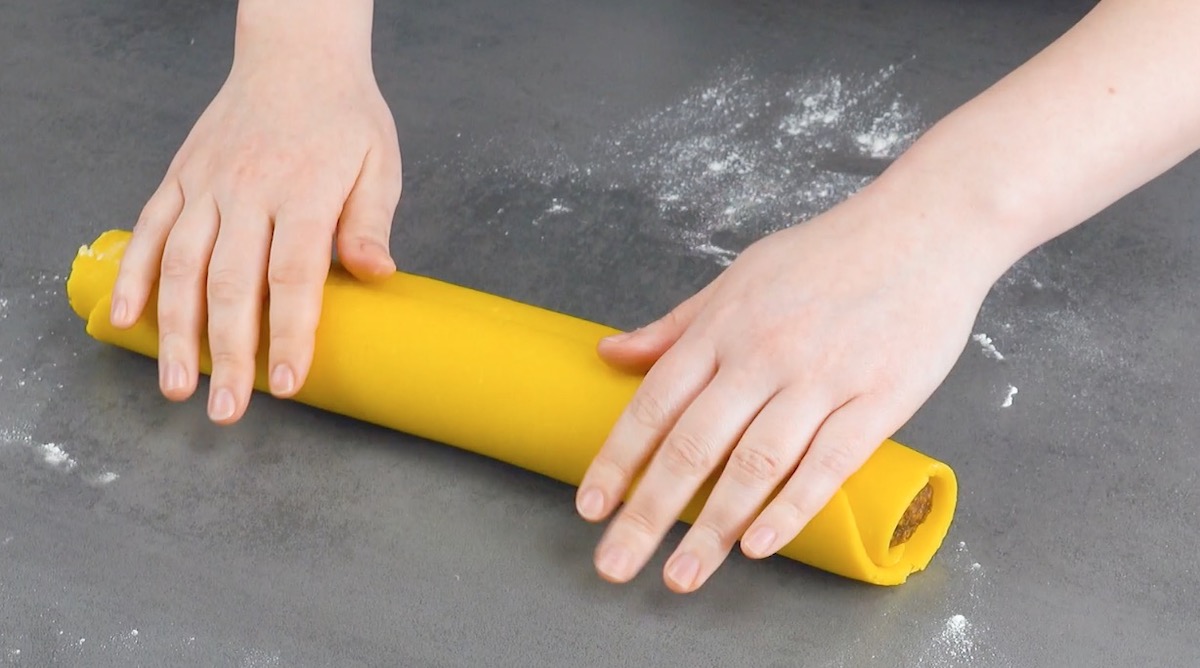 4. Make slightly diagonal cuts in the honeycomb log to divide it into 6–8 equally large segments. 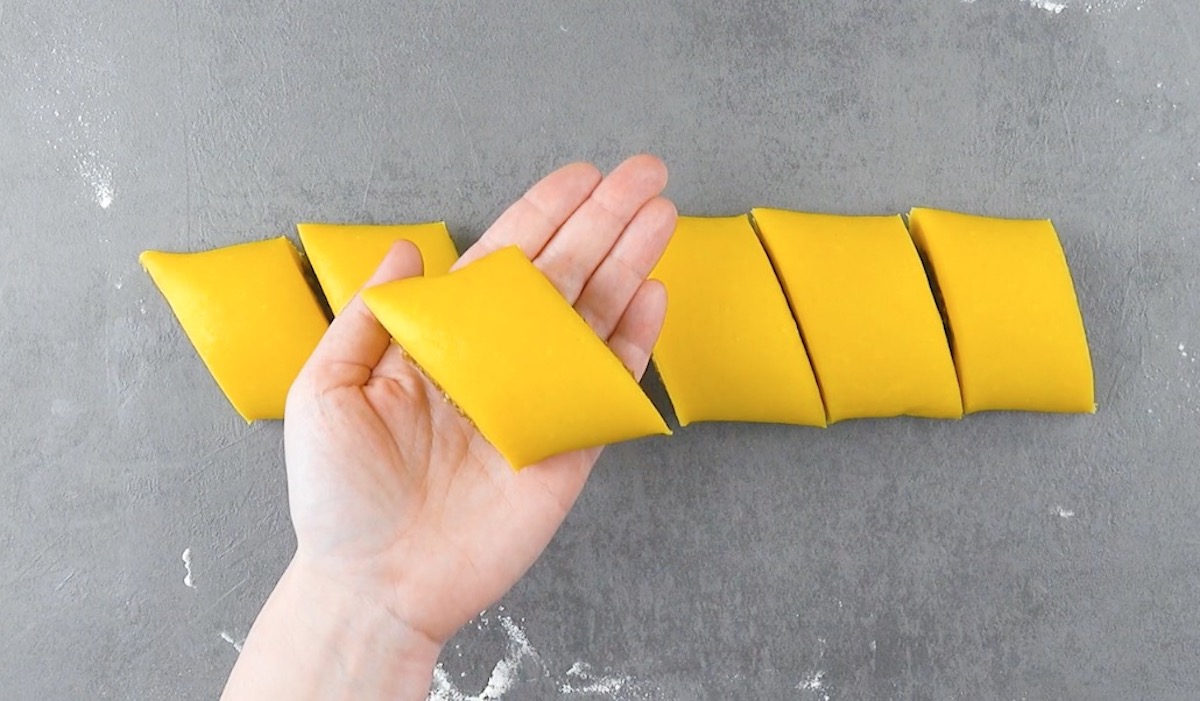 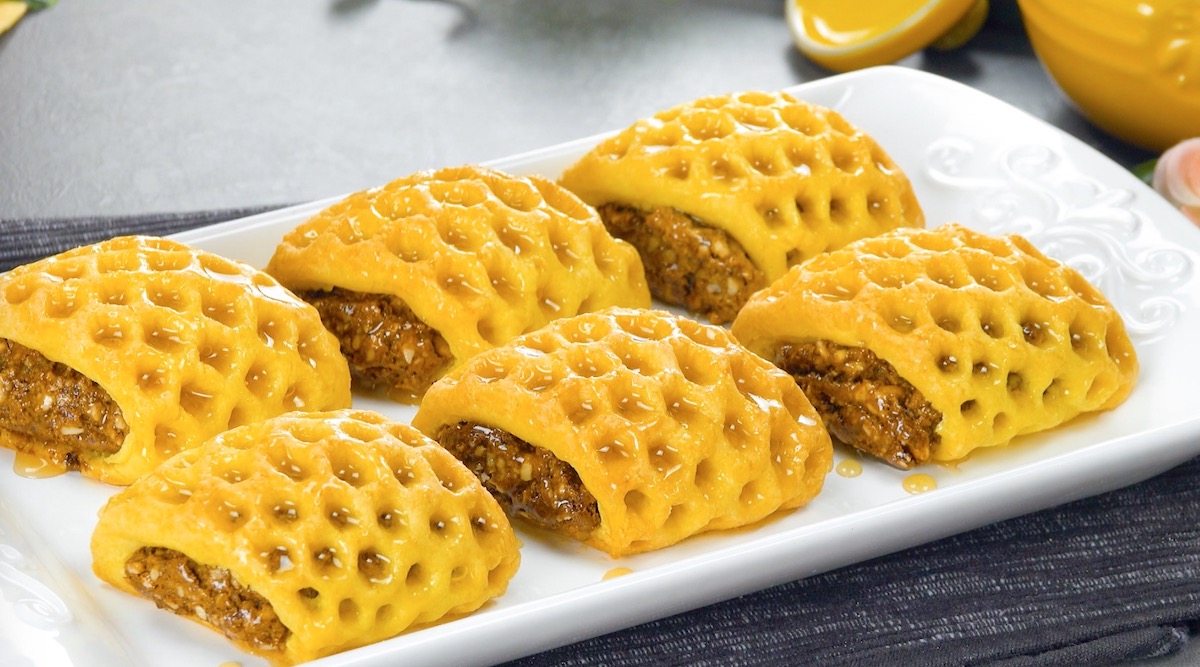 These honeycomb bites look stunning and taste amazing. Even though they're simple to make, whoever you serve them to will think you had to work as hard as a worker bee to get them looking so good!

Get the recipe for the No-Bake Honeycomb Cheesecake featured in the bonus video.