Eating is amazing enough on its own, but throw in some cakes, donuts, muffins, and every other kind of dessert imaginable, and you're in for a real treat! Baking is the true key to happiness, so if you want to spread some good vibes and make everyone else around you ecstatic, serve up these 9 recipes that will leave every sweet tooth within a 10-mile radius clamoring to get the (baked) goods.

In the world of desserts, cheesecake is like that perfect little black dress: simple and classy, it doesn't need much to stand out, all the while remaining versatile. For this recipe, chocolate and mint are the perfect accessories, creating a cheesecake experience like never before! Get the full recipe & instructions here.

Nutella is one of those things you can eat any time of day: on your toast first thing in the morning, in a sandwich for lunch, or straight out of the jar after a hard day at work (don't worry, we won't tell anyone!). And although it's great as a treat, and also as comfort food, there's so much more you can do with it, as is clear with this eye-catching recipe! Get the full recipe & instructions here. 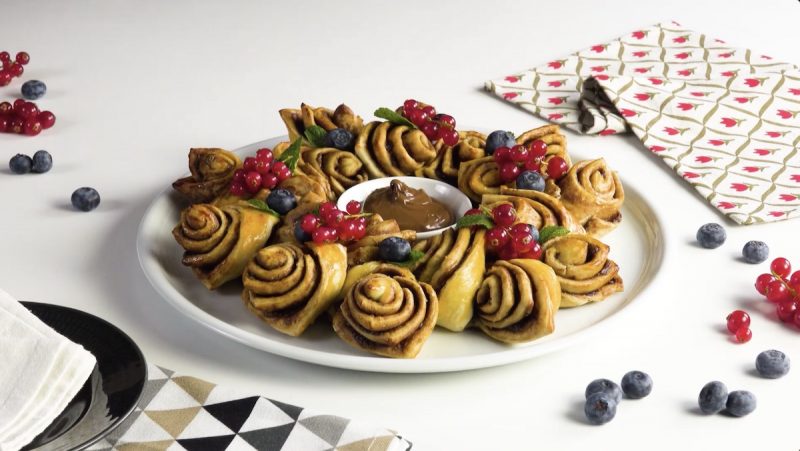 Those of us with a sweet tooth are often spoiled for choice when we visit the bakery – there are just so many cakes and pastries to choose from. Perennial favorites include muffins and croissants, but now you no longer need to pick one over the other, because the solution lies in cruffins! This invention is not just a combination of muffin and croissant in a word, but also in the preparation, with a result that will make the hearts of every baked good lover beat just that little bit faster. Get the full recipe & instructions here. 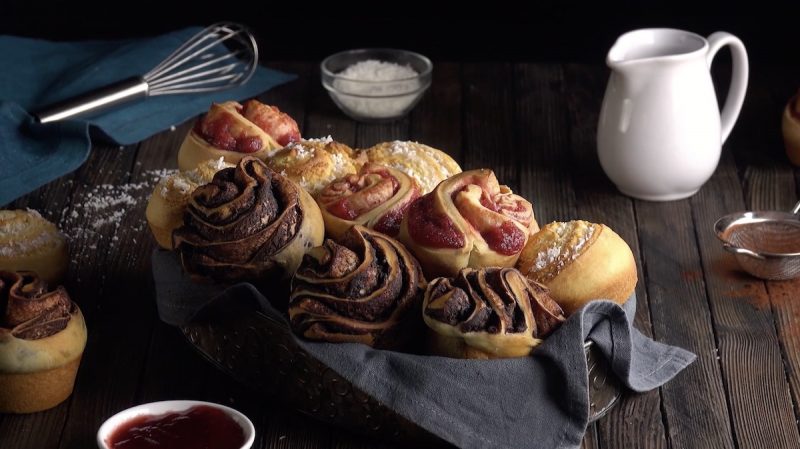 There's really only one place you want to see a molehill: your plate. And of course that's no dirt – it's a delectable chocolate crumble concealing a lusciously creamy interior! Leave the cake mix on the shelf next time you're at the store, because you can make this delicious chocolate banana cake completely from scratch. Get the full recipe & instructions here. 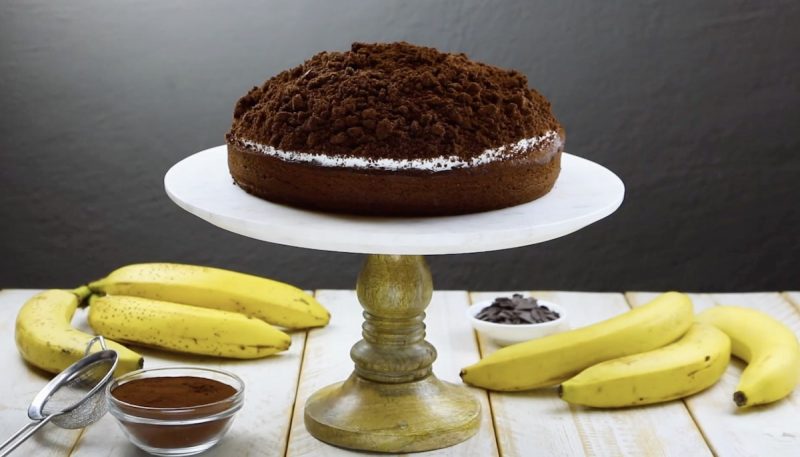 Raspberries aren't the easiest berry to eat a handful of, especially if the seeds are on the large side because then you may find yourself needing a spittoon by your chair. On the other hand, they give an absolutely brilliant flavor to chocolate, and when combined with something creamy – the tangy contrast is simply to die for. Think creamsicle, but with raspberry. Then multiply the effect over and over: cream, raspberry, cream, raspberry. Intrigued? You should be! Get the full recipe & instructions here. 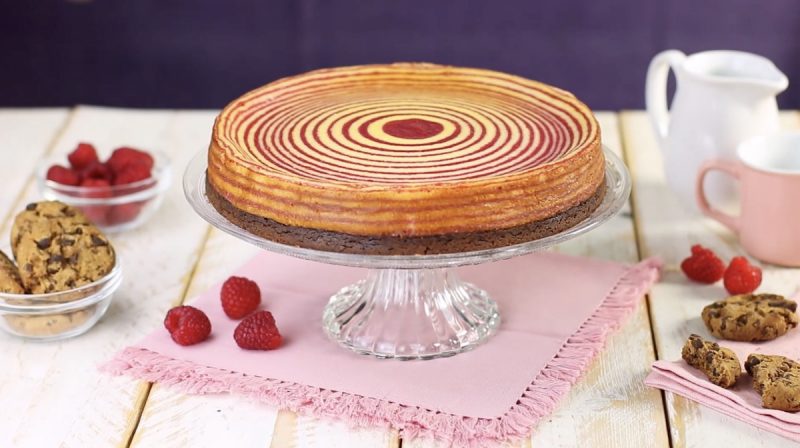 While the colder months contain their own special brand of magic, there are some things that no one really enjoys, like the wind freezing your ears or regretting your sock choice after stepping into a cold puddle. Because your mood can often drop as quickly as the temperature outside, there's no better way to cheer up than by enjoying a sweet warm treat, right out of the oven. Nothing goes better with fall than apples and cinnamon! Get the full recipe & instructions here. 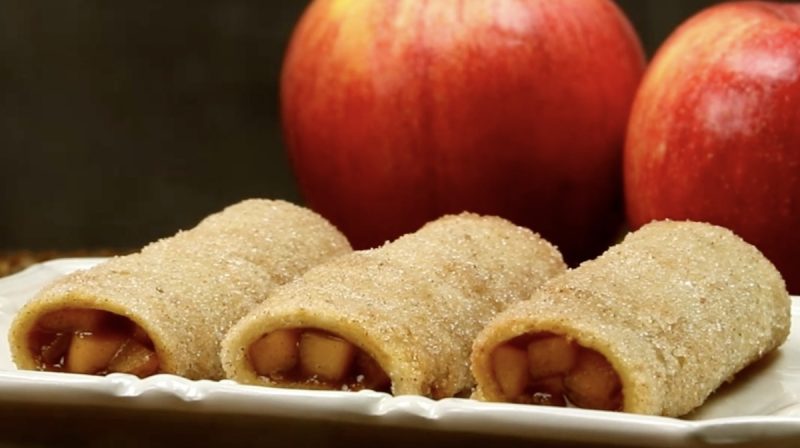 Tiramisu means "pick me up" in Italian. As the story goes, the dish supposedly got its name when a diner trying it for the first time said, "That really picked me up!" In the following recipe, we're transforming this famous dessert into a frozen treat that should have the same reinvigorating effects. See for yourself! Get the full recipe & instructions here. 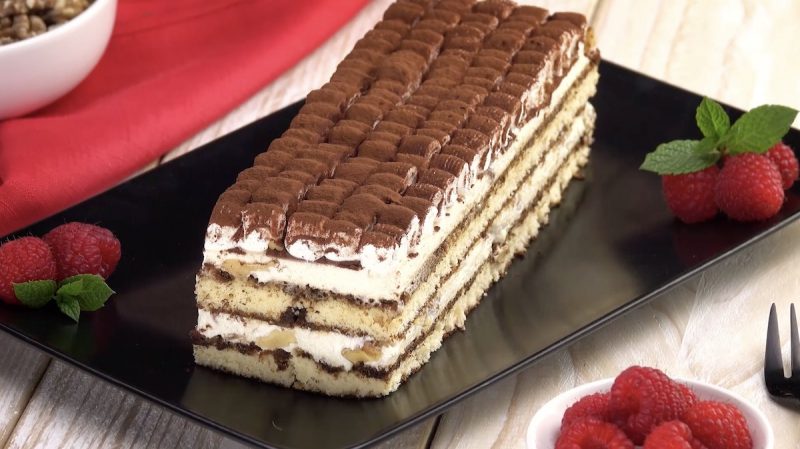 When it comes to donuts, everyone has their favorite... and there are just so many different options to choose from! Lucky for you, this recipe for the famous German jelly donut, also known as the Berliner, will give you 4 different choices. They're so easy to make, there's just one problem left to solve — which tasty incarnation to eat first! Get the full recipe & instructions here. 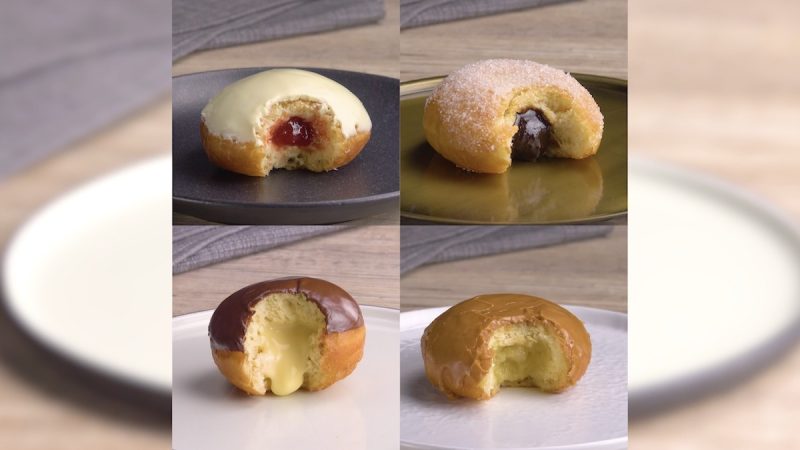 Did you know that the Dutch baby pancake isn't even Dutch? That's right — it's actually American and was invented in Seattle, Washington! It's derived from the German version of pancakes, known as pfannkuchen, which are much thinner than an American-style pancake, but still thicker than a French-style crêpe. So what does the Dutch baby pancake have to do with the Dutch people or the Netherlands, you might wonder? Well, probably nothing, actually. The German word for "German" is "Deutsch," and so it's believed that the "Deutsch" part was maybe misheard or got mixed up with "Dutch," and so the name stuck. In any case, we're just happy someone invented it! Get the full recipe & instructions here. 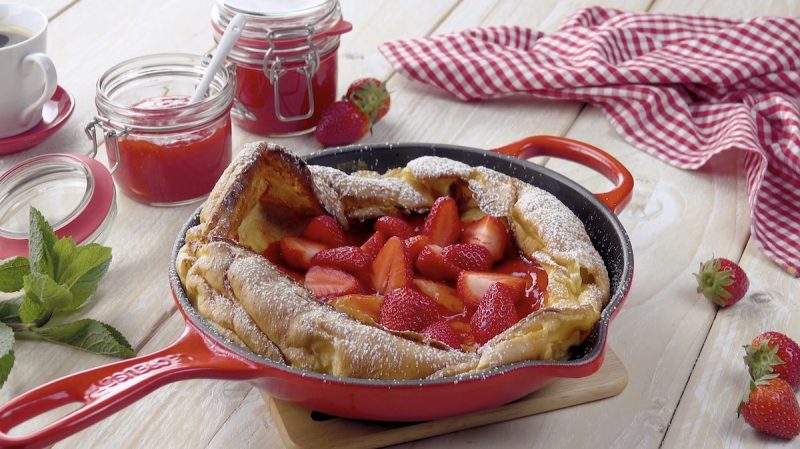 We know you'll have a ball making these delicious treats, but we bet you'll have an even better time eating them!
Share on Facebook Save on Pinterest