If you like Tex-Mex food, then you probably already know how amazing the tortilla is. Whether it's a taco, burrito, quesadilla, or even a wrap, tortillas are convenient, delicious ingredients that we wouldn't want to live without. We were willing to bet that we could make tortillas even better if we did just a little bit of brainstorming, and we came up with these 6 amazing new recipes! Each one will transform your standard tortilla into something completely different, like homemade cinnamon toast crunch, sweet strawberry crêpes, and even breakfast muffins. These recipes are quick, easy, and are about to make the burrito yesterday's news!

1.1 Preheat the oven to 350°F and line a baking tray with parchment paper. Stack 4 tortillas on top of one another and cut them into small, bite-sized squares. 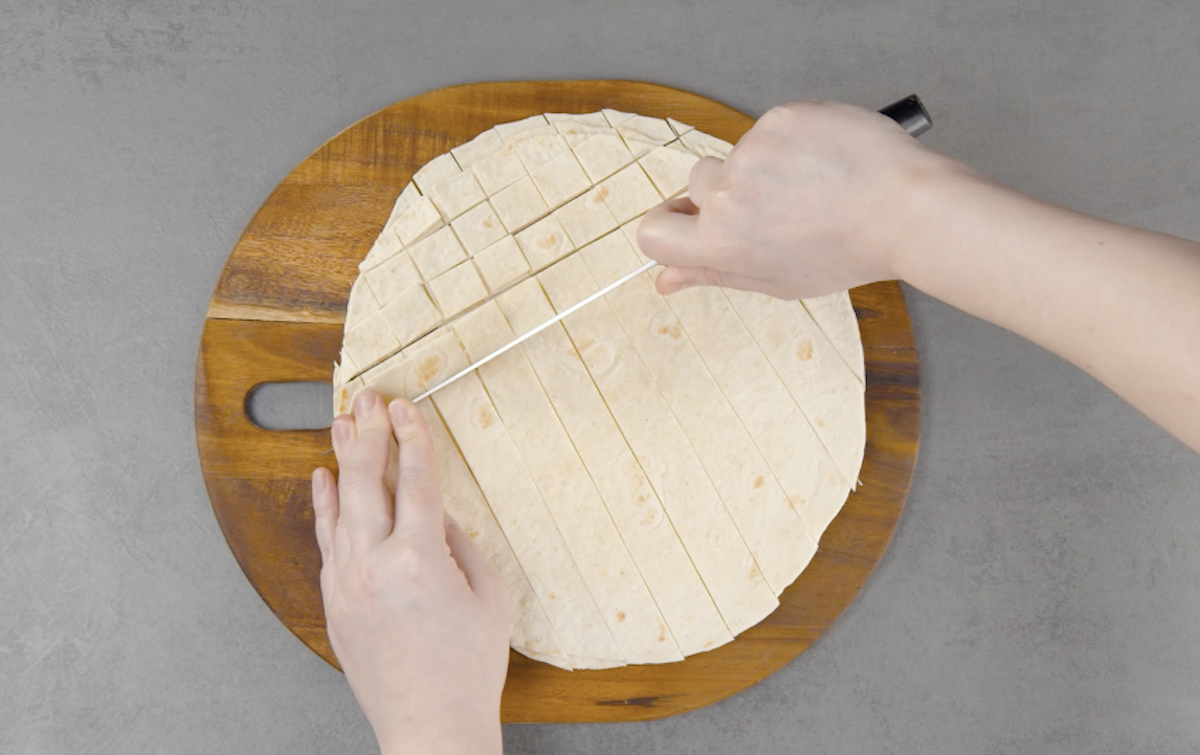 1.2 Distribute the small tortilla squares evenly on the baking tray, drizzle melted butter over them, and stir everything thoroughly so that all of the squares get coated in melted butter. Transfer the baking tray to the oven and bake at 350°F for 15 minutes. 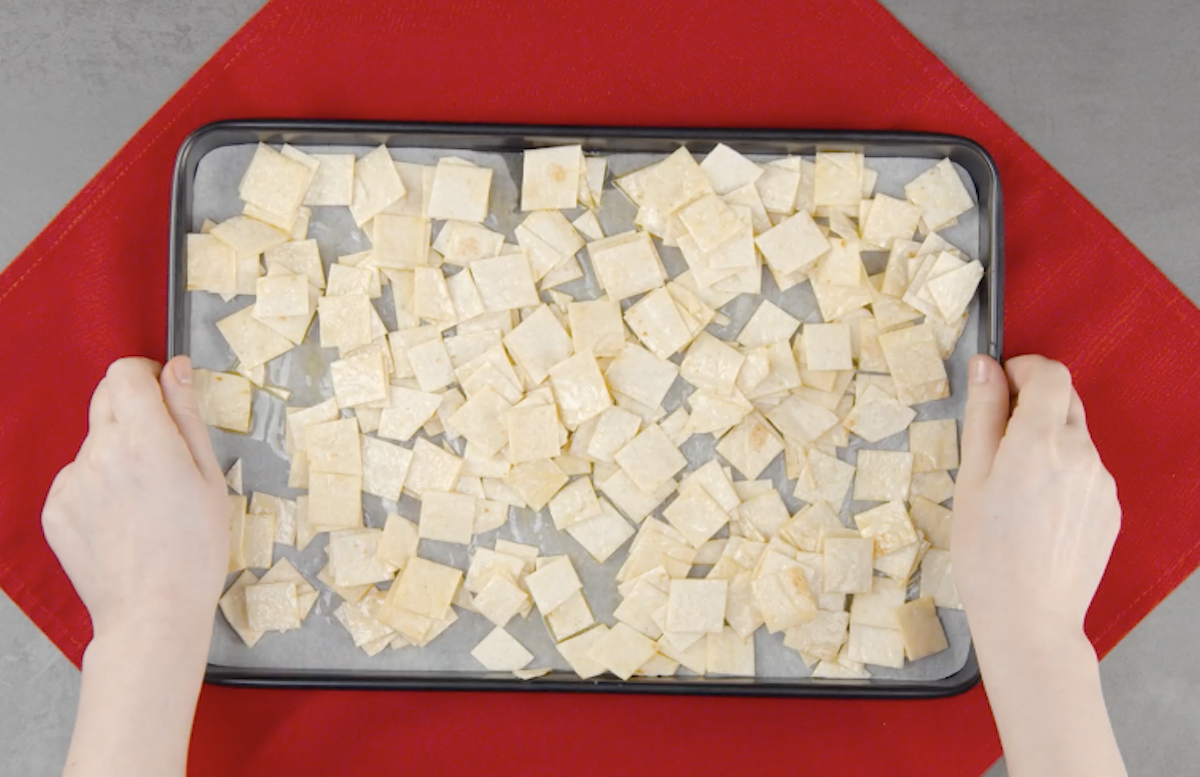 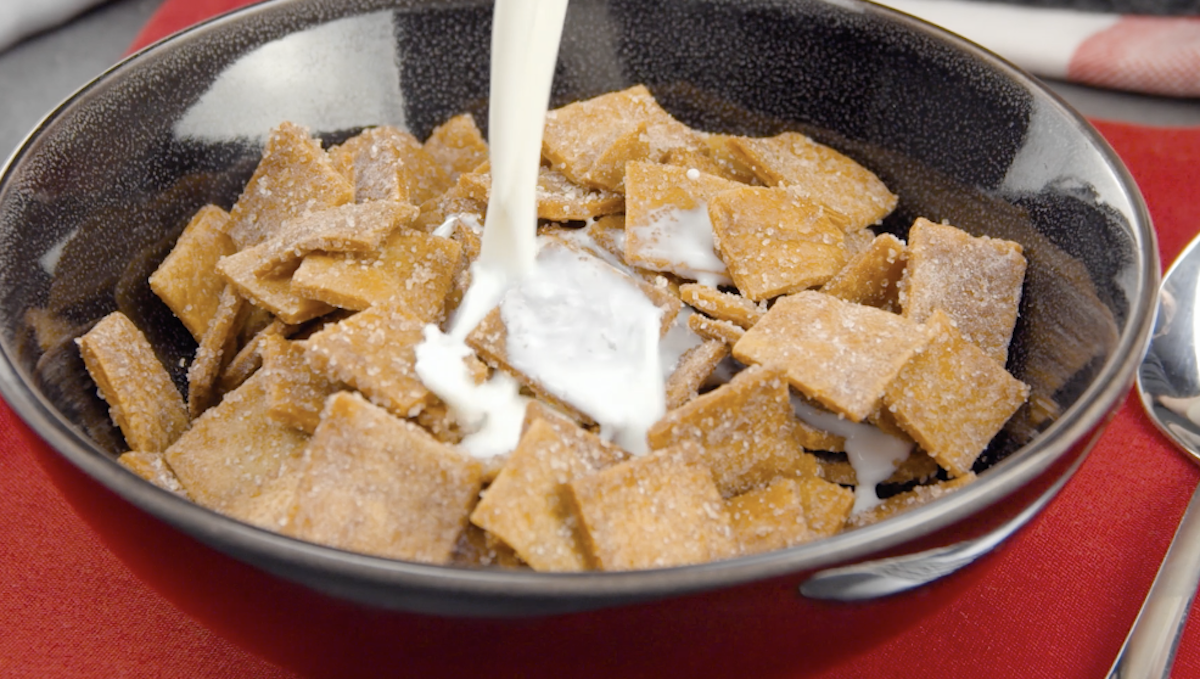 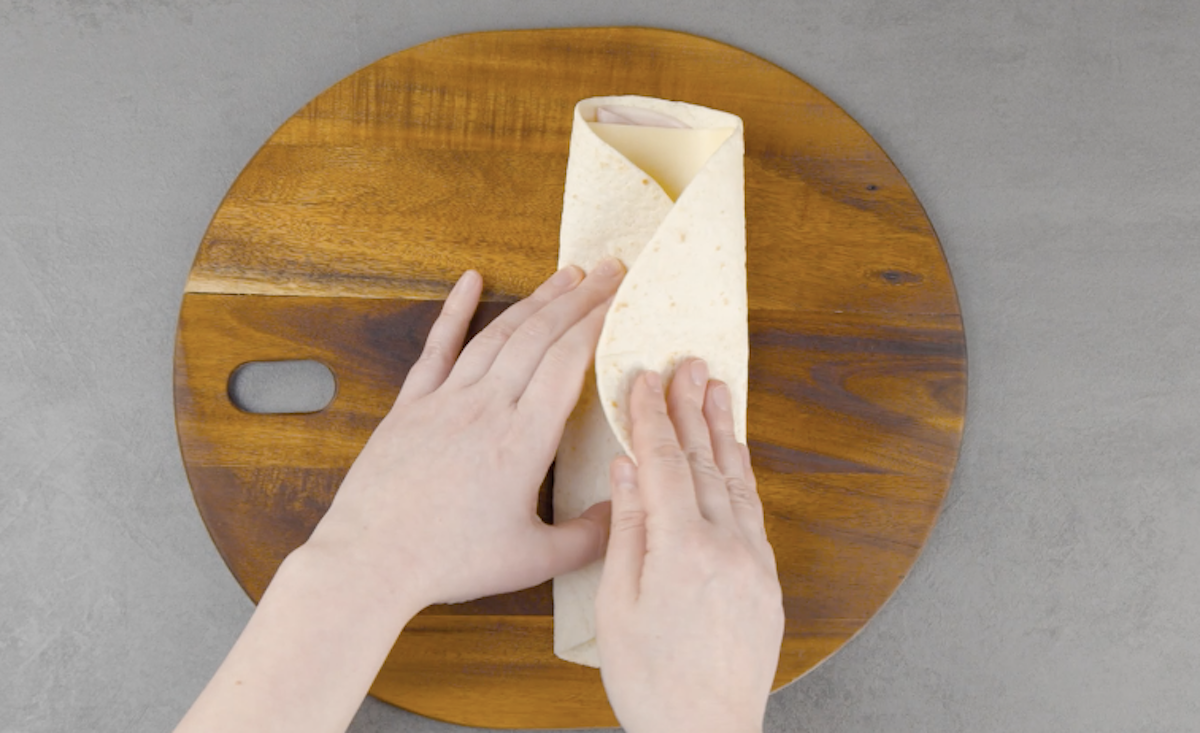 2.2 Fold both stuffed tortillas in half and insert each folded tortilla pocket, sealed side down, into the toaster. After just a few minutes, you'll have some perfectly toasted sandwiches! 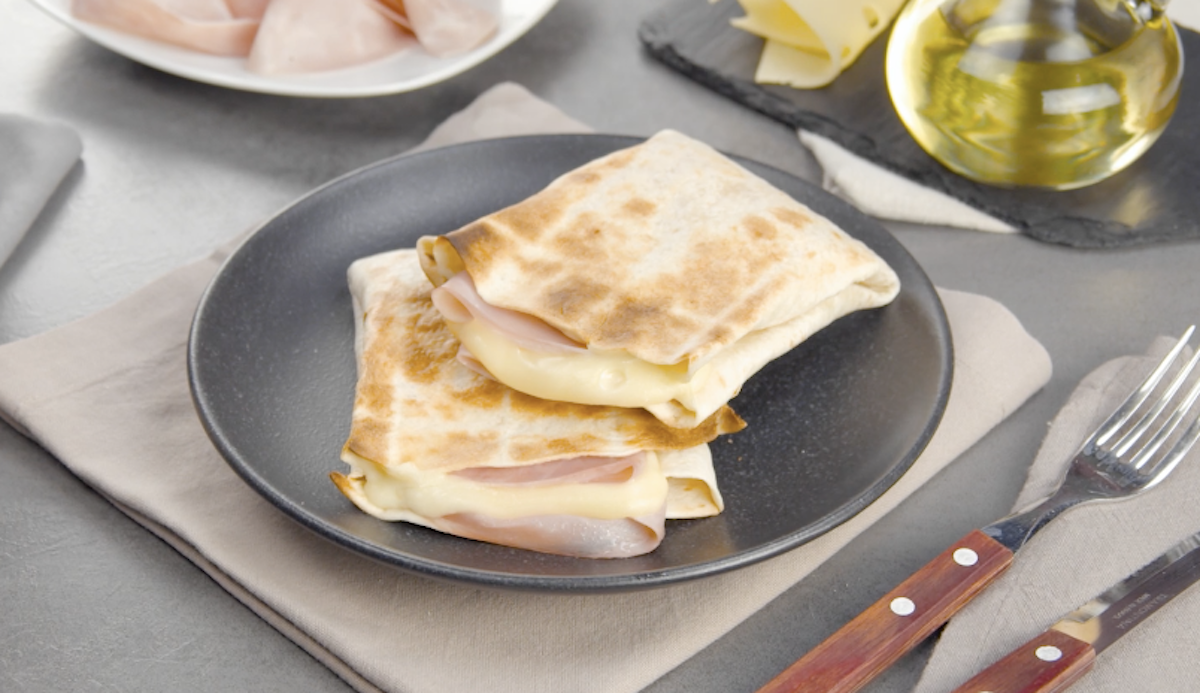 3.1 Preheat the oven to 350°F and grease a muffin pan. Use a round cookie cutter to cut 6 circles out of the tortilla shells and place them in the molds of the muffin pan.

3.2 Whisk together the eggs, heavy cream, salt, pepper, and ¼ cup of grated cheese. Once combined, pour the mixture into the molds of the muffin pan. 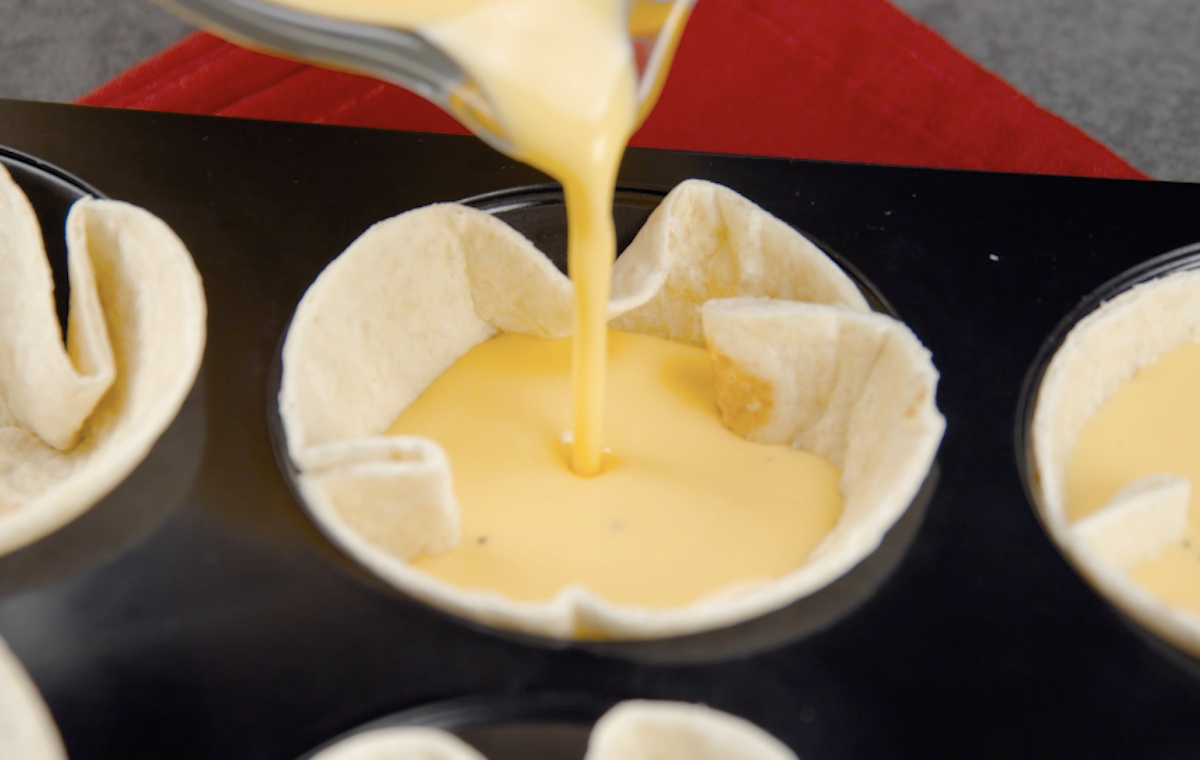 3.3 Sprinkle some chopped bell pepper and the rest of the grated cheese on top of each tortilla cup, transfer the baking tray to the oven, and bake at 350°F for 15 minutes. Once the breakfast cups have finished baking, take them out of the oven and garnish with chopped parsley. 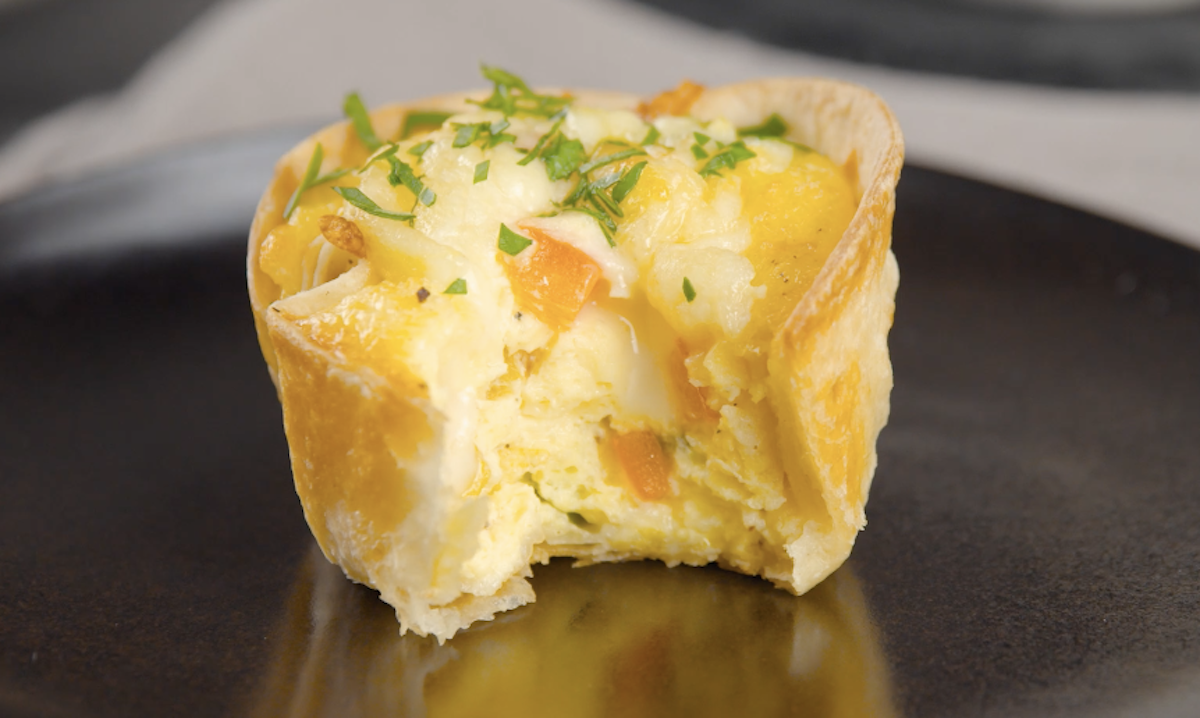 4.1 Preheat the oven to 350°F. Brush melted butter over the surface of 1 tortilla, sprinkle brown sugar on top, and sift some cinnamon through a fine sieve directly onto the tortilla. Place a second tortilla on top of the cinnamon sugar layer 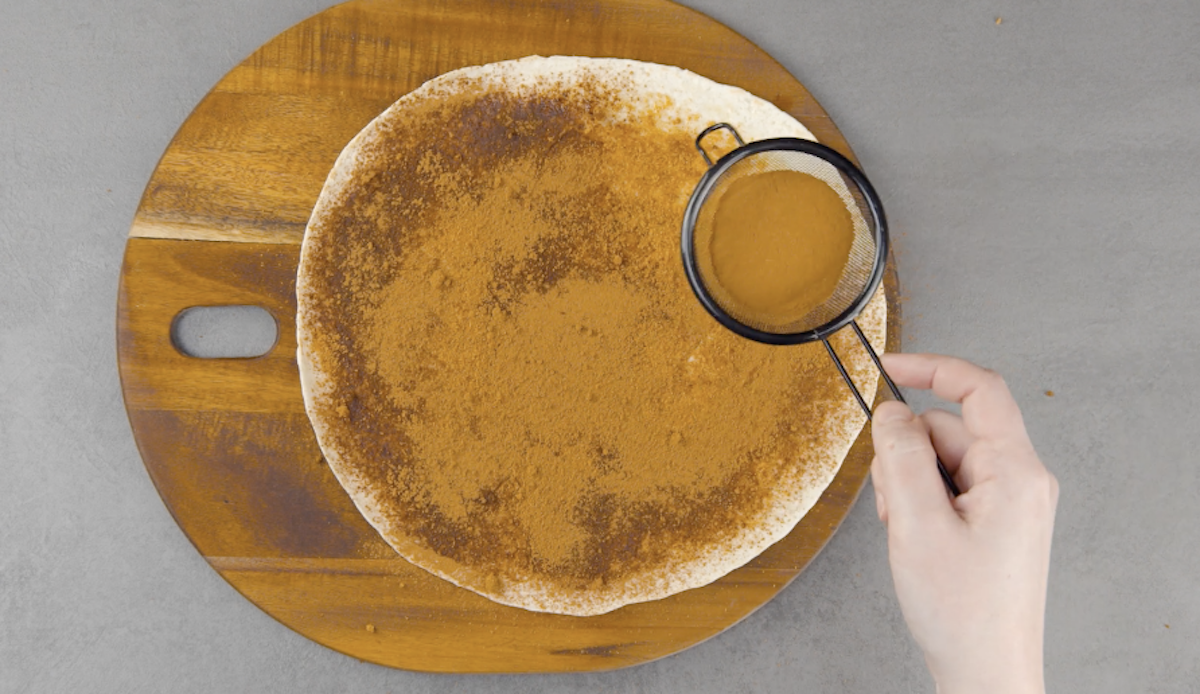 4.2 Repeat this same process until all 4 tortillas are coated in cinnamon sugar and stacked on top of one another. 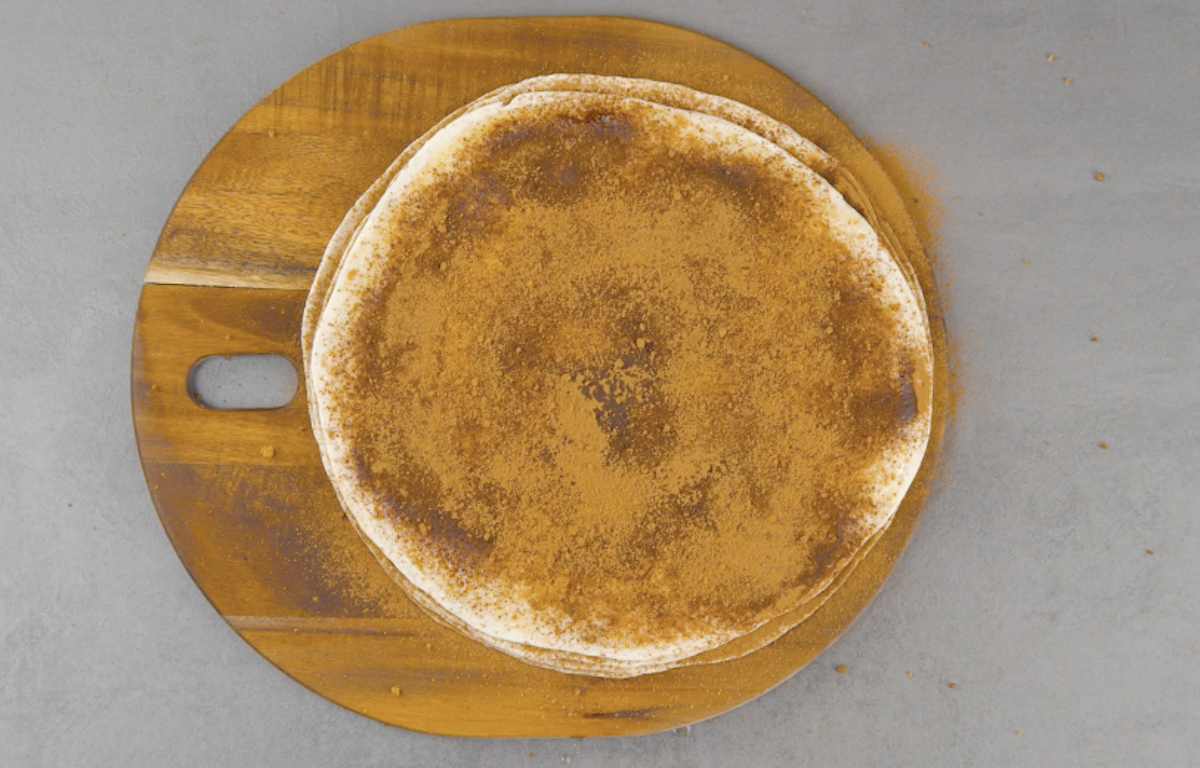 4.3 Roll the coated tortillas up into a snug log and cut them into 6 even segments, discarding the 2 end pieces. 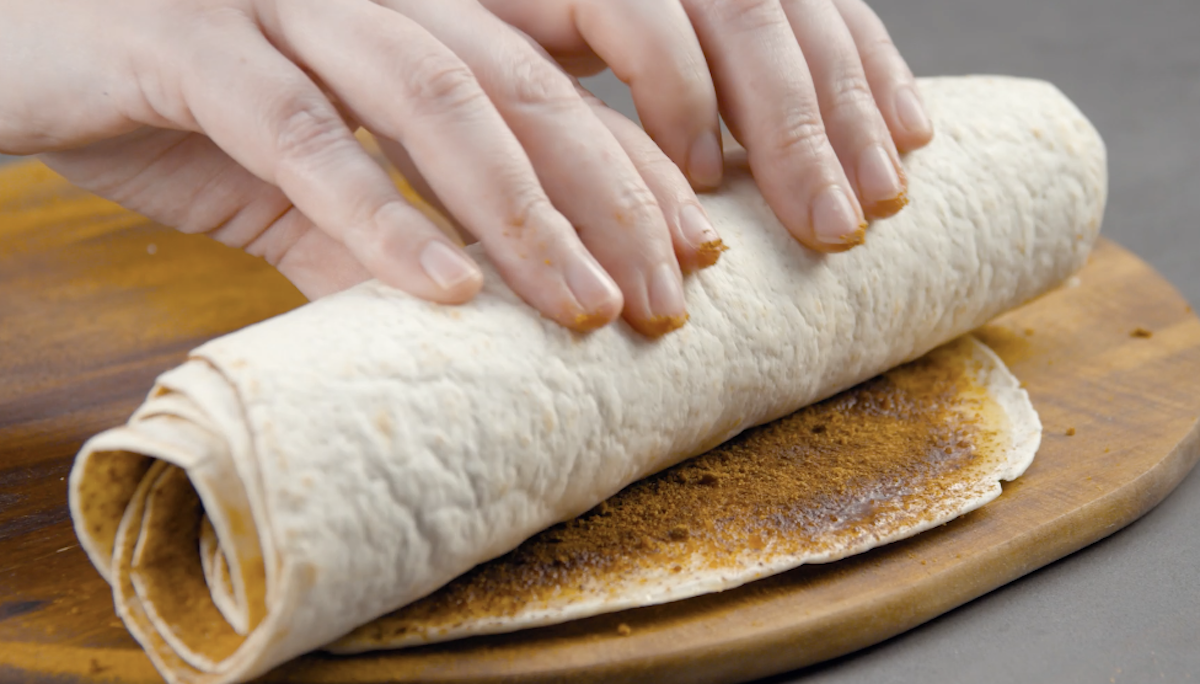 4.4 Brush the bottom of a muffin pan with melted butter and sprinkle some brown sugar and chopped pecans into each mold. 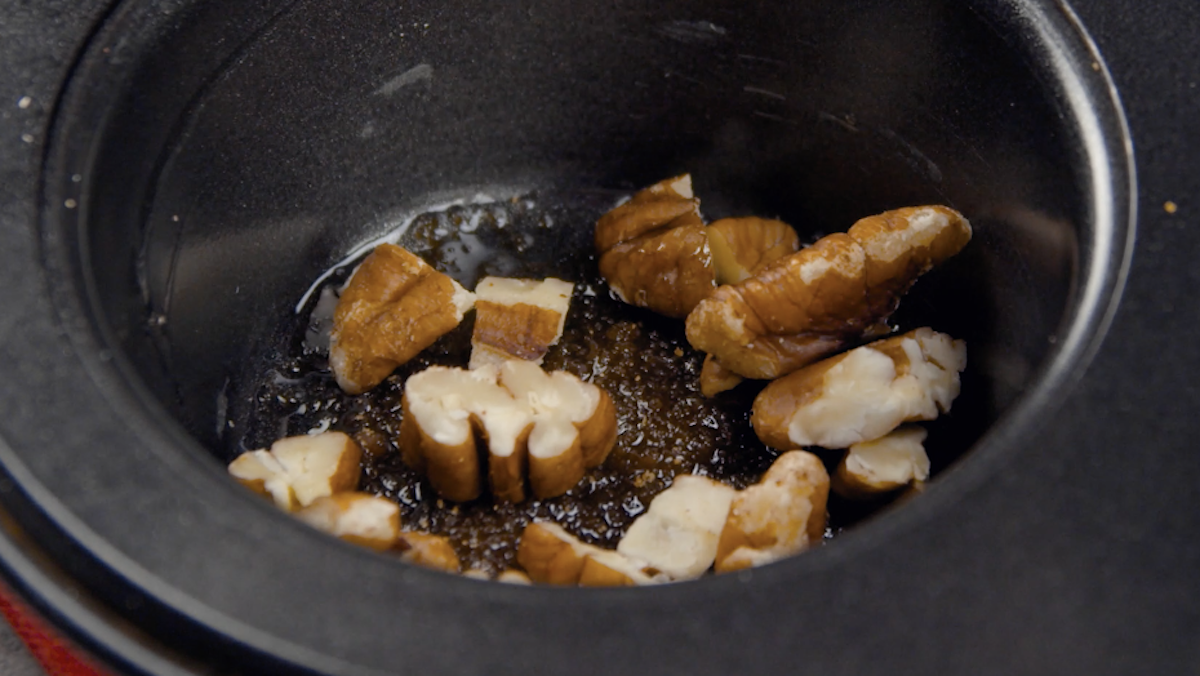 4.5 Place 1 tortilla cinnamon roll inside each mold, transfer the muffin pan to the oven, and bake at 350°F for 15 minutes. 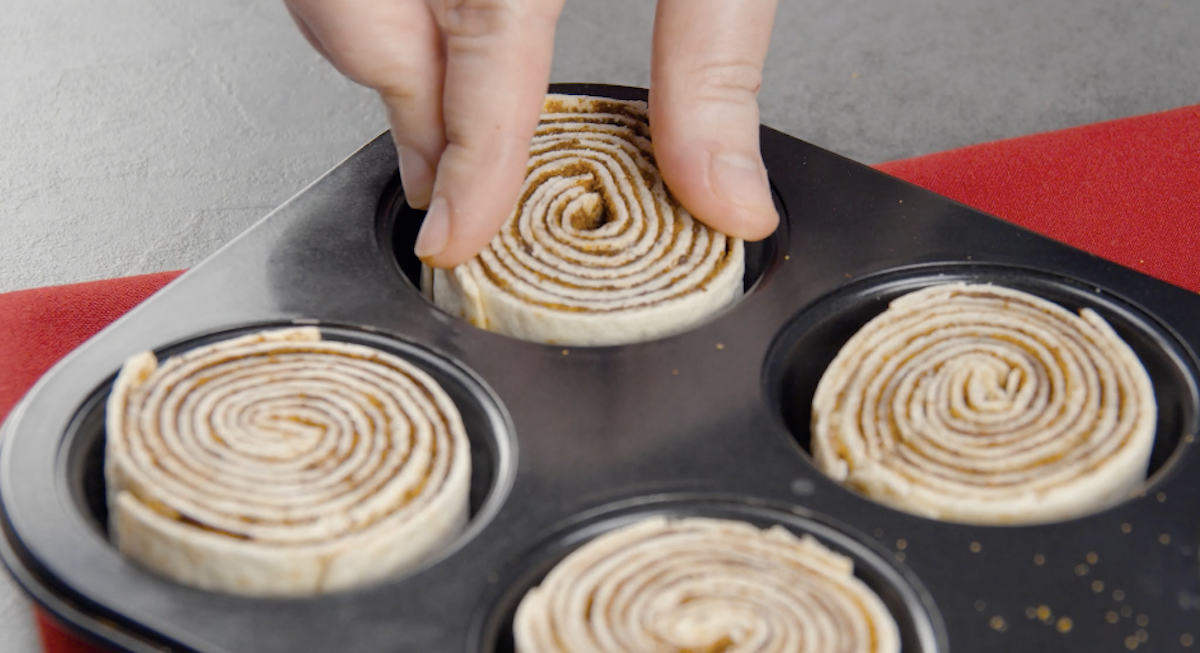 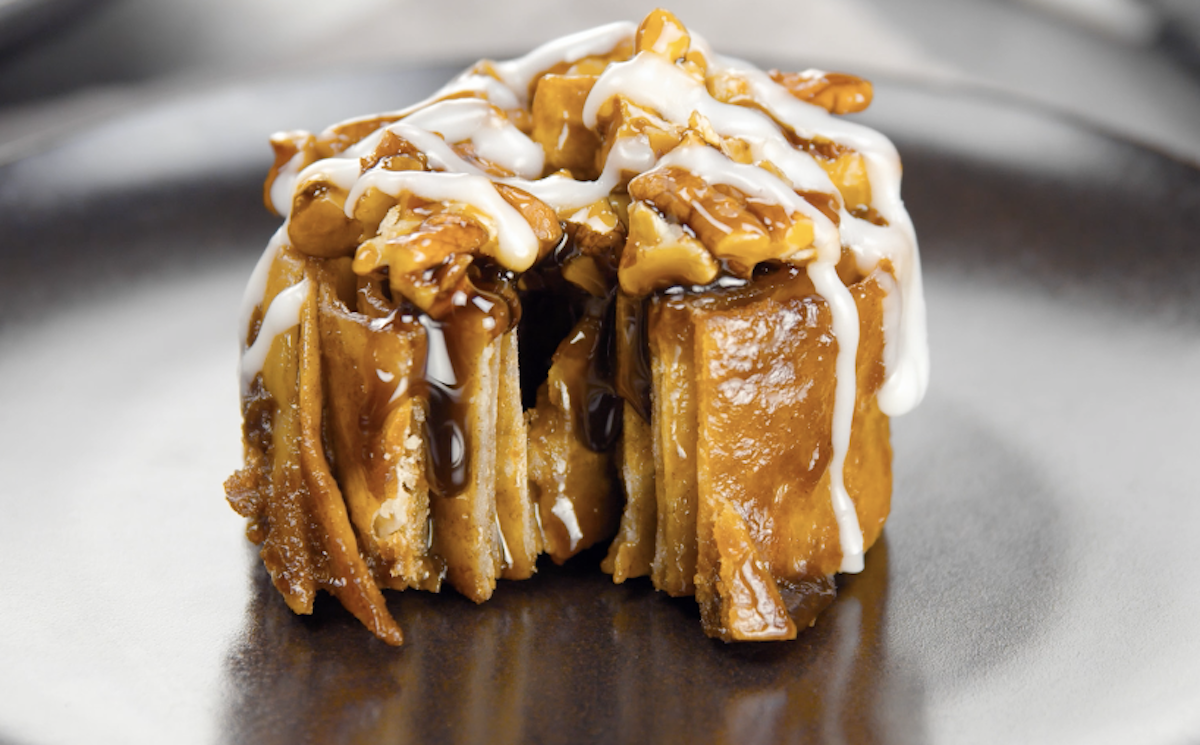 5.1 Whisk together the eggs and milk and pour the mixture into a deep, round plate. 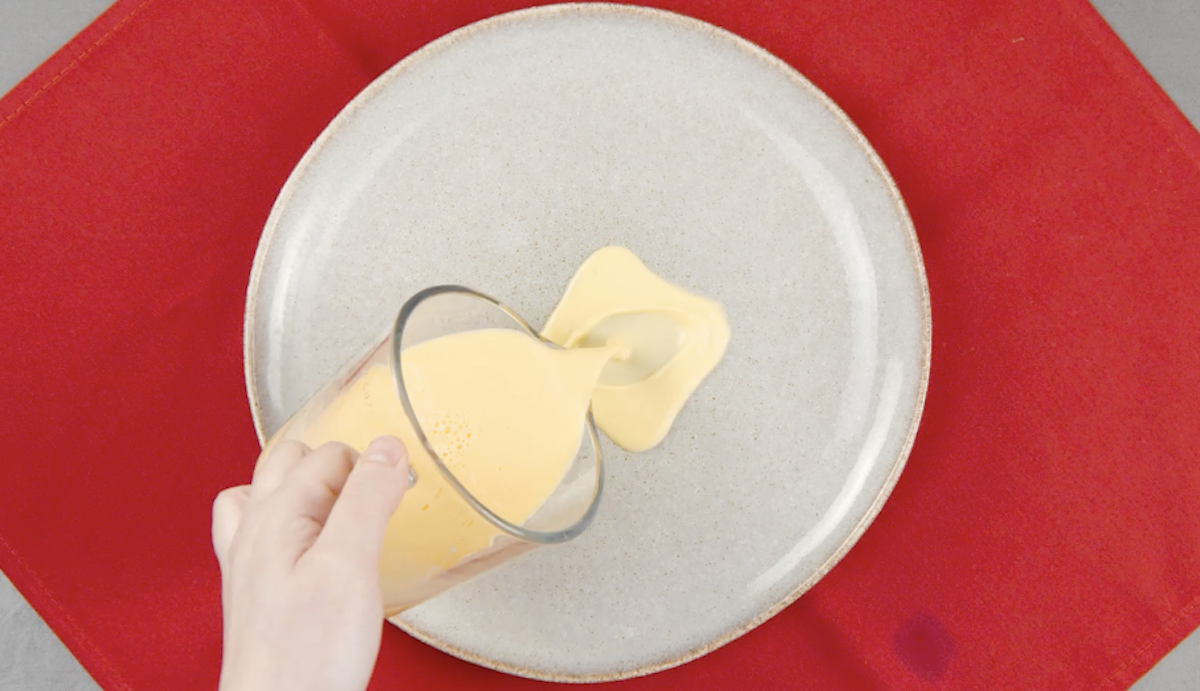 5.2 Heat a large skillet on the stove and submerge the tortilla in the egg mixture, coating it on both sides. Fry the tortilla on both sides until golden brown. Make a large cut in the tortilla from one edge to the center, and spread an even layer of cream cheese over ¾ of its surface. 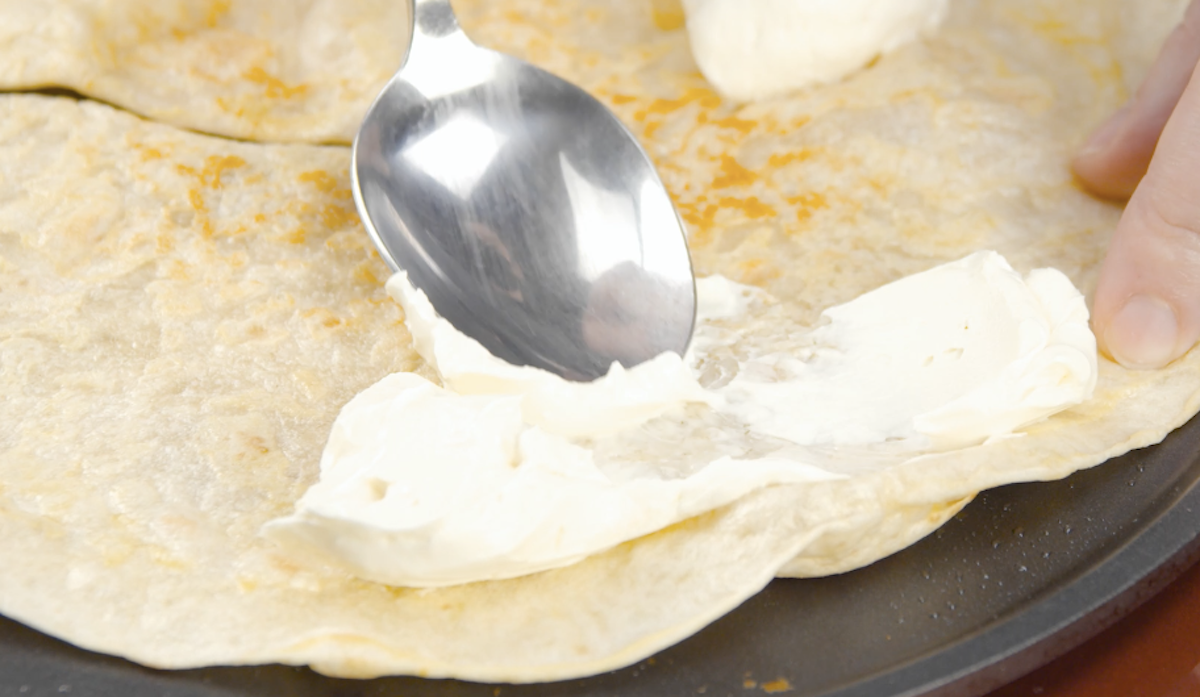 5.3 Place slices of strawberries on the uncut half of the tortilla and fold everything up, making sure to fold the uncovered section over first. Drizzle chocolate syrup on top of the tortilla crêpe to serve. 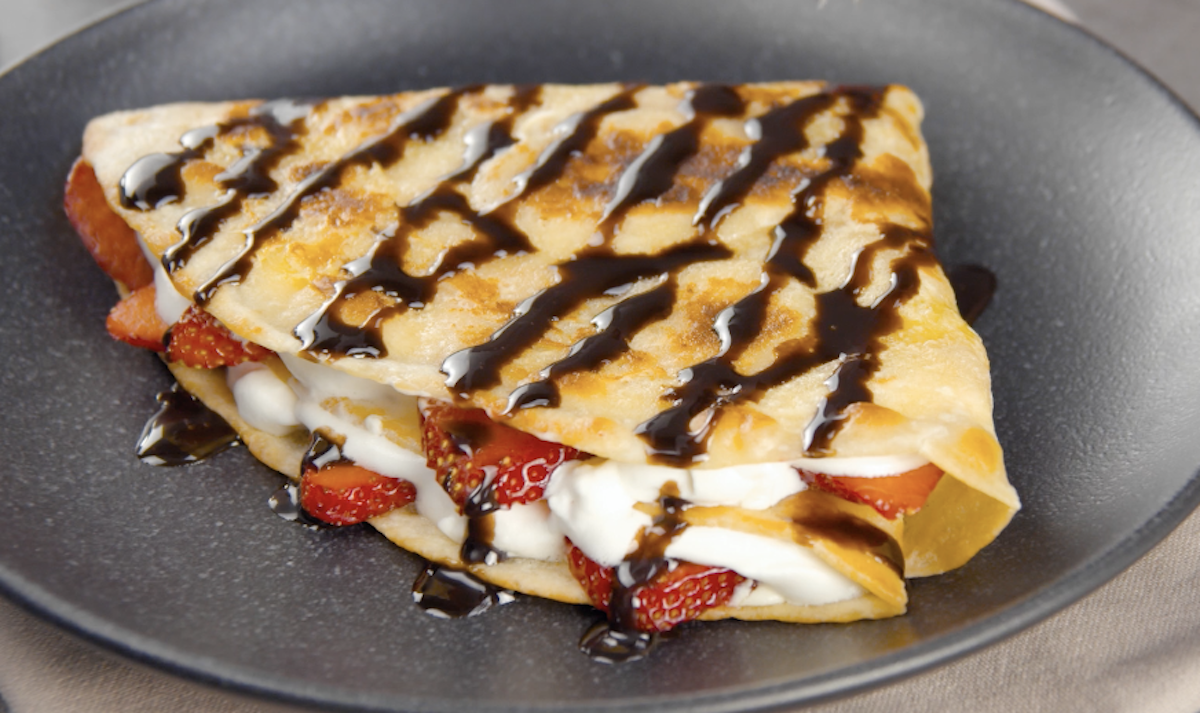 6.1 Preheat the oven to 350°F and prepare the taco meat for the filling. Cut the tortilla in half, sprinkle shredded cheddar cheese on top, and place both halves on a baking tray lined with parchment paper. Transfer the baking tray to the oven and bake at 350°F for 8 minutes. 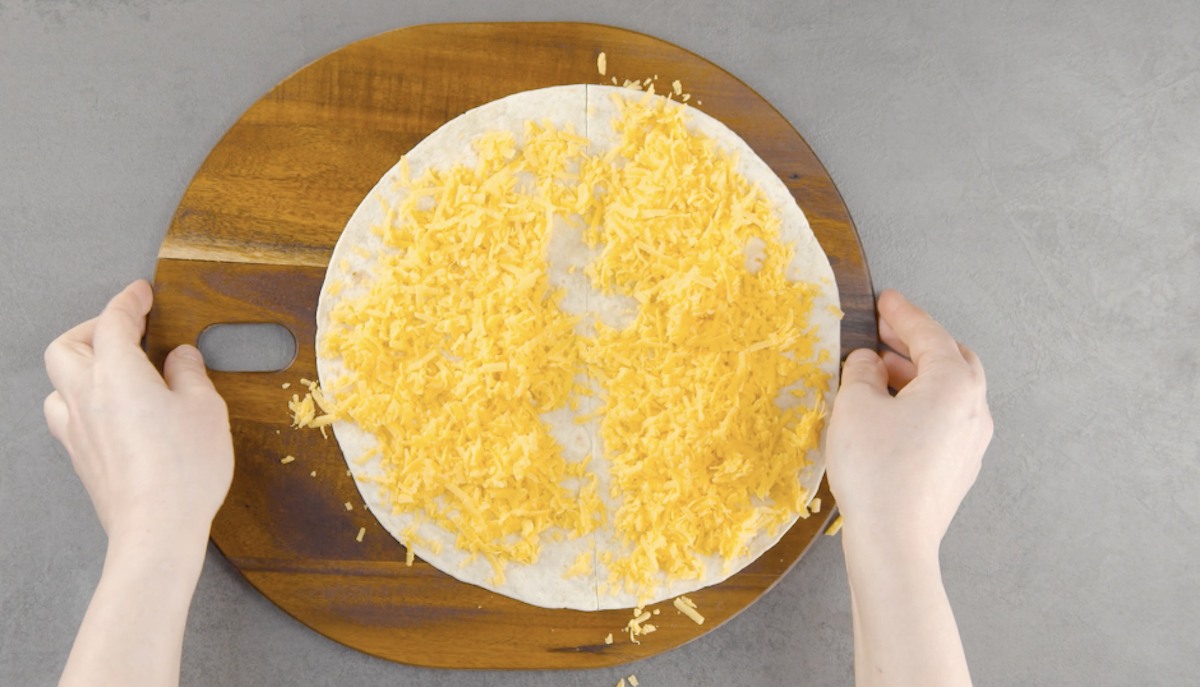 6.2 Roll both halves of the tortilla into cones and fill the cones with taco meat. Sprinkle chopped cilantro on top to serve. 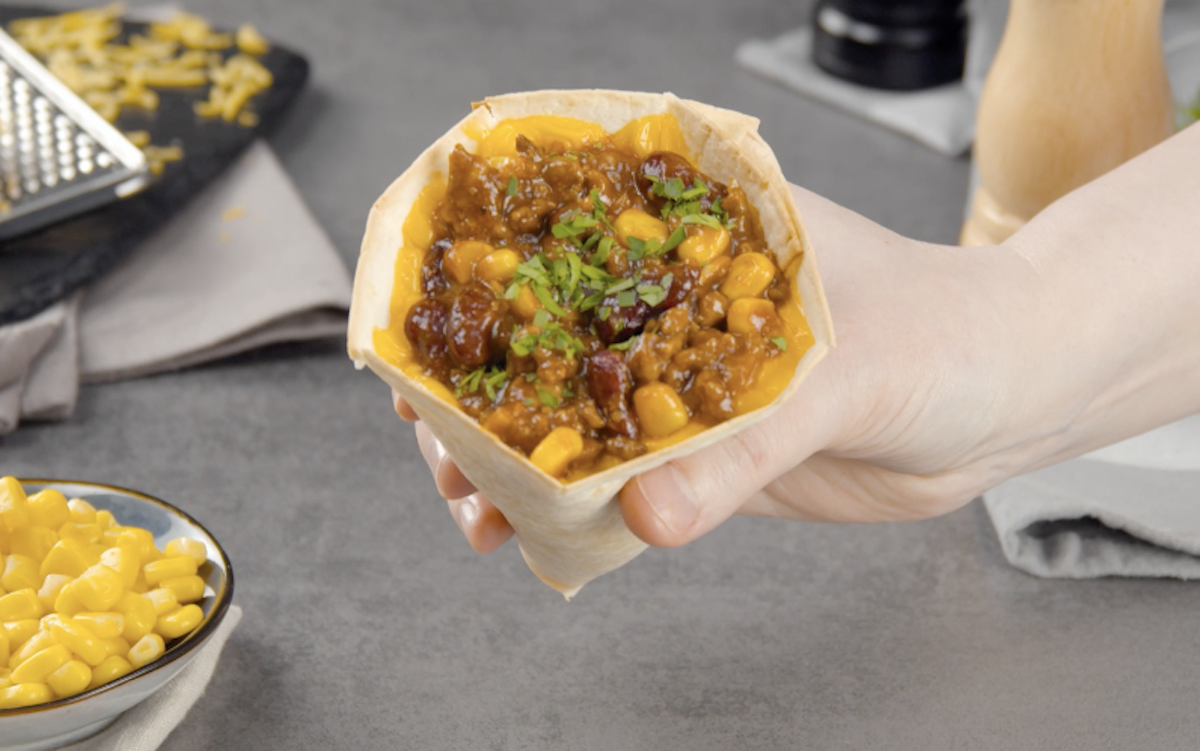 After learning these 6 hacks, tortillas are bound to become a kitchen staple you'll always keep on hand. Whether you're looking for a quick & easy sweet treat, or an inventive snack when you're on-the-go, these simple recipes can't be beat – and neither can the tortilla!