What's the one thing you need to kickstart your day? Is it a cup of coffee? Tea? Maybe a bowl of cereal? It's by no means an exaggeration to say that a lot of us LOVE eggs for breakfast. Fried, scrambled, poached – the possibilities are endless, but there's still some unknown territory to explore. That's where our 5 eggcellent breakfast ideas come in. These are some truly creative and unique egg dishes that you've probably never had before, so take your egg game to the next level with these recipes!

1.1 Grate the potato into a cloth and squeeze out as much moisture as possible. Add the shredded potatoes to a bowl, along with the cheddar cheese, flour, egg yolk, salt, and pepper, and mix until combined. 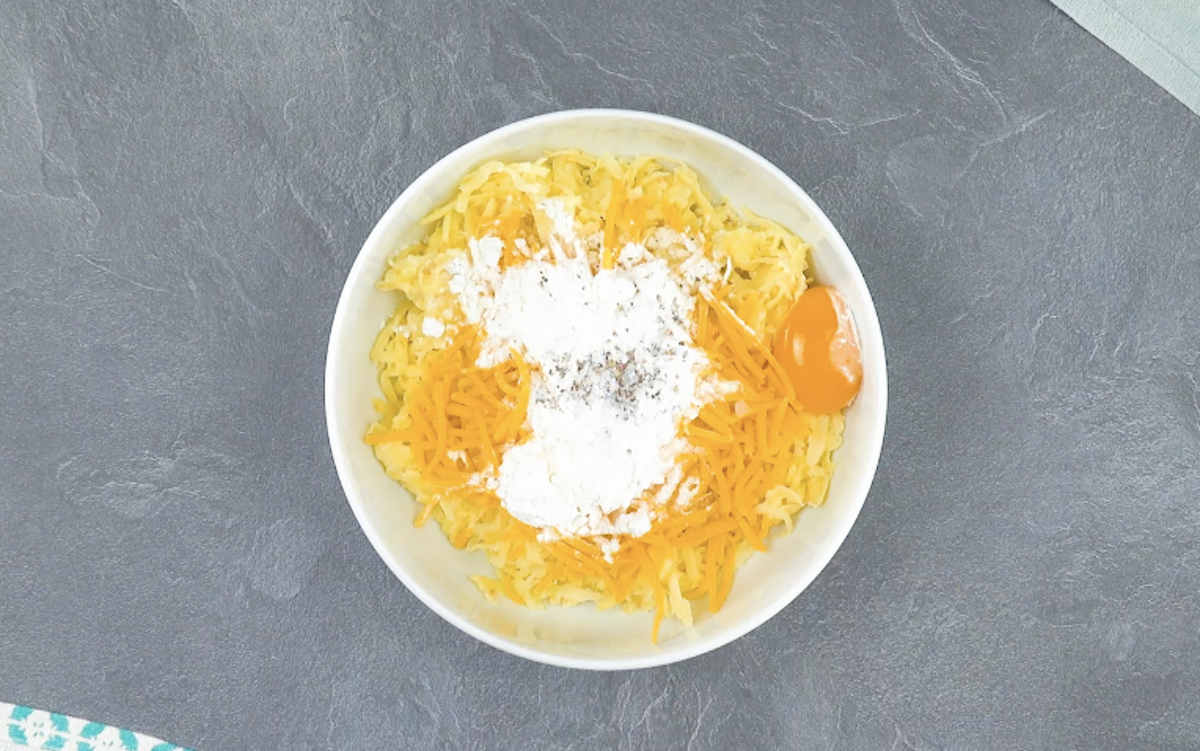 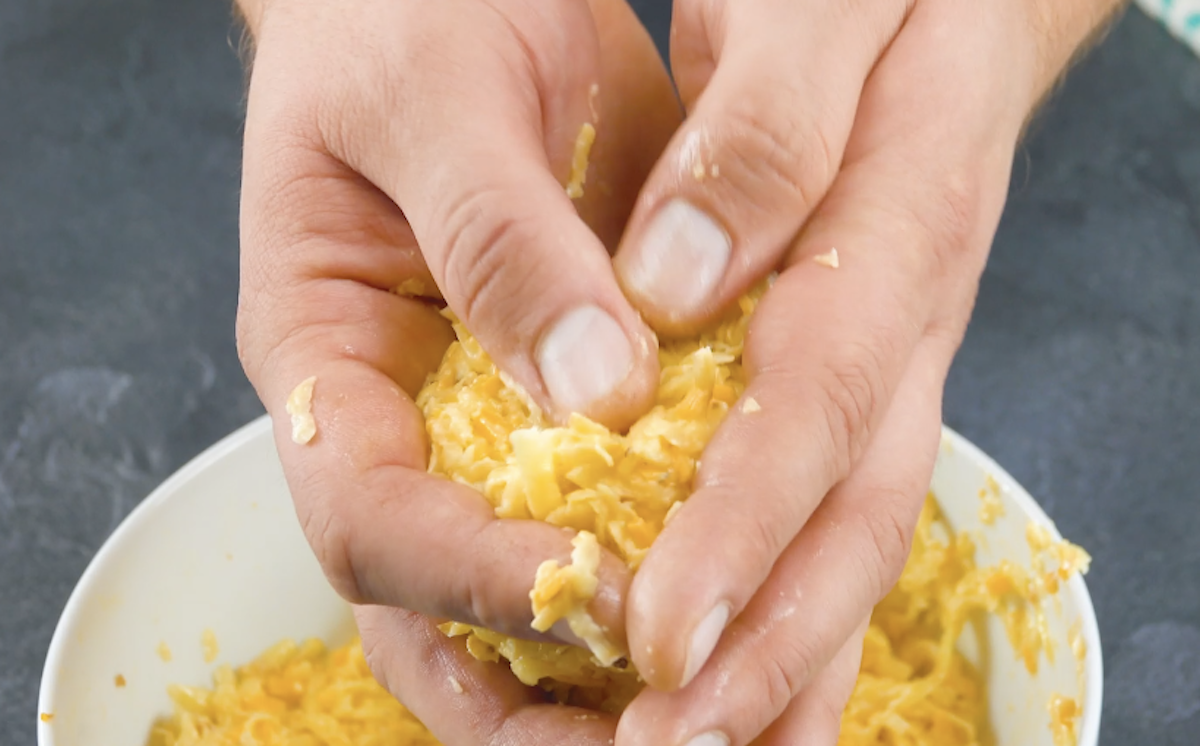 1.3 Wrap 2 slices of bacon crosswise over each ball and transfer the bacon egg, and cheese bombs to a baking tray lined with parchment paper. Bake in a preheated oven set to 400°F for 10 minutes. 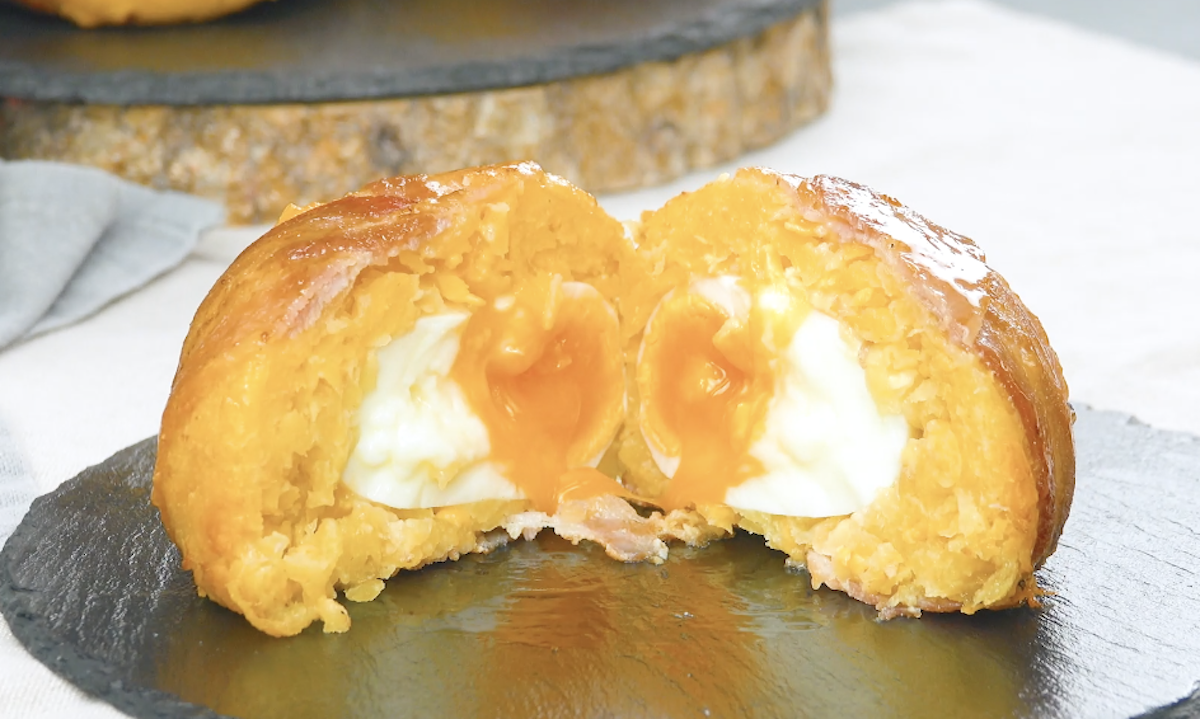 2.1 Brush a non-stick pan with a thin layer of olive oil. Separate the egg and add the egg white to the pan. Swirl the egg white around the pan for an even thickness, allow it to set, then place the egg yolk in the center. 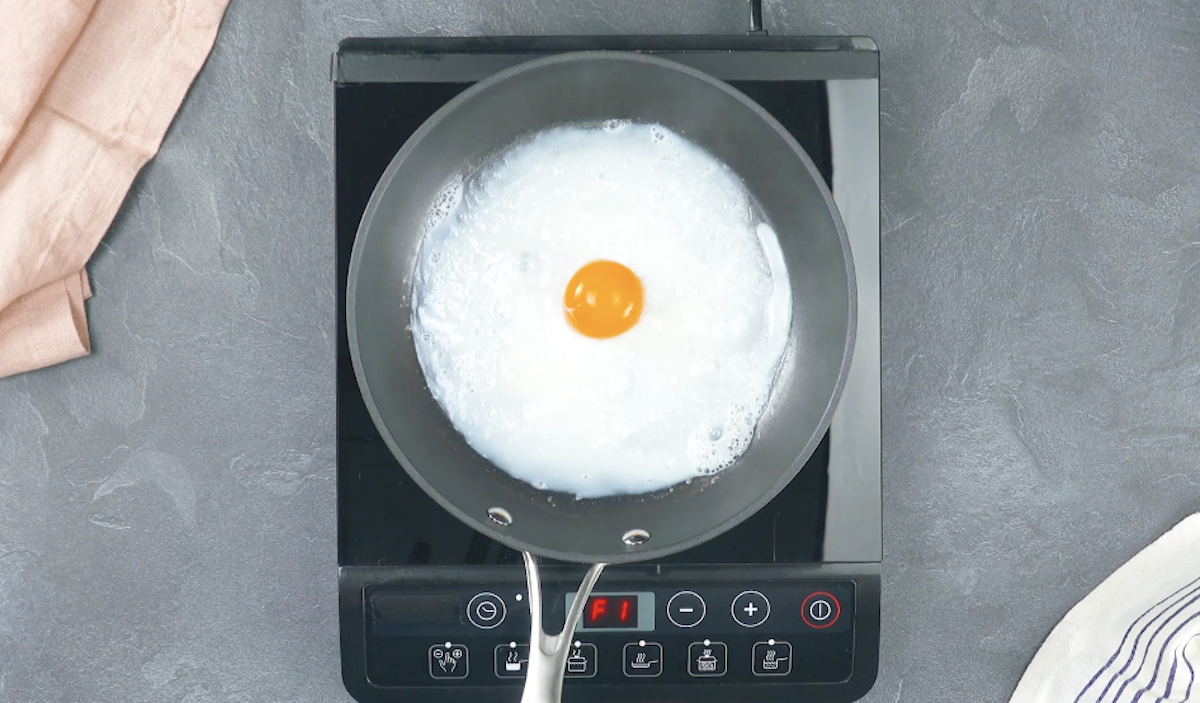 2.2 Fold the egg white sides over the egg yolk and then fold the top and bottom toward the center. If the egg looks like a small envelope, you nailed it. Turn it over and fry it briefly on the other side as well. 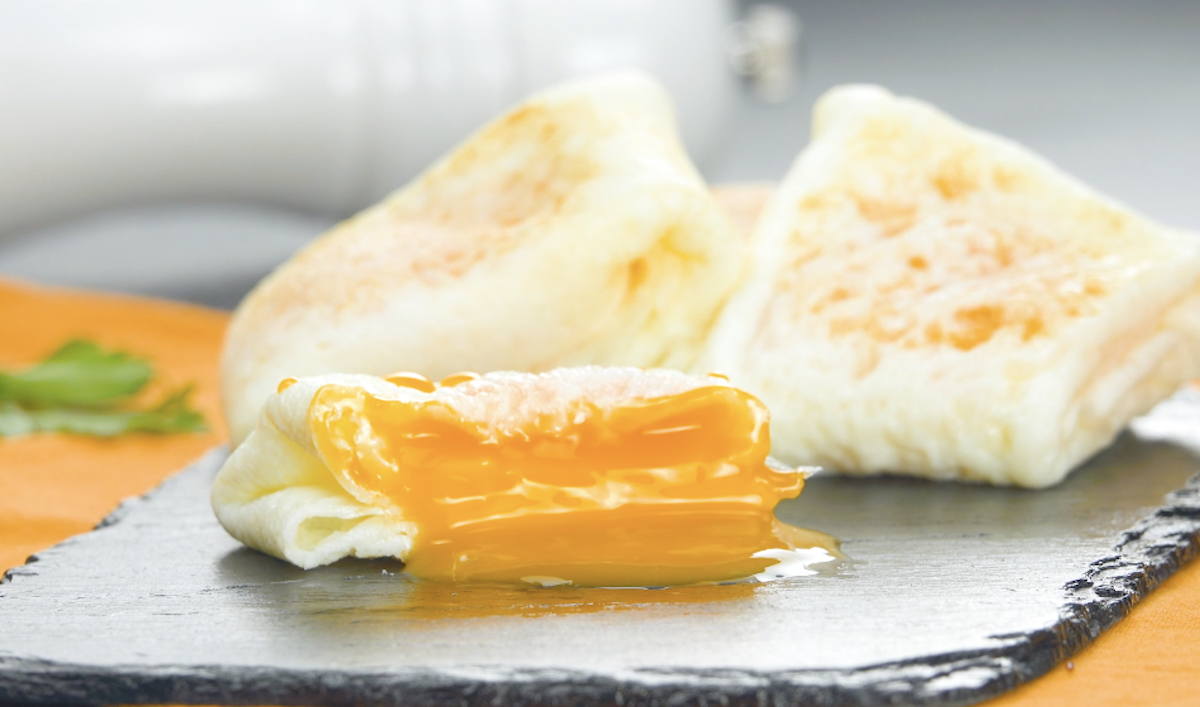 3.1 Cut the tops off the peppers, remove the cores, and place the peppers upright in a muffin pan. Add the ham, mushrooms, and parsley to one pepper; the tomatoes, mozzarella, and chives to the second pepper; and the chicken breast, feta cheese, and olives to the third pepper. 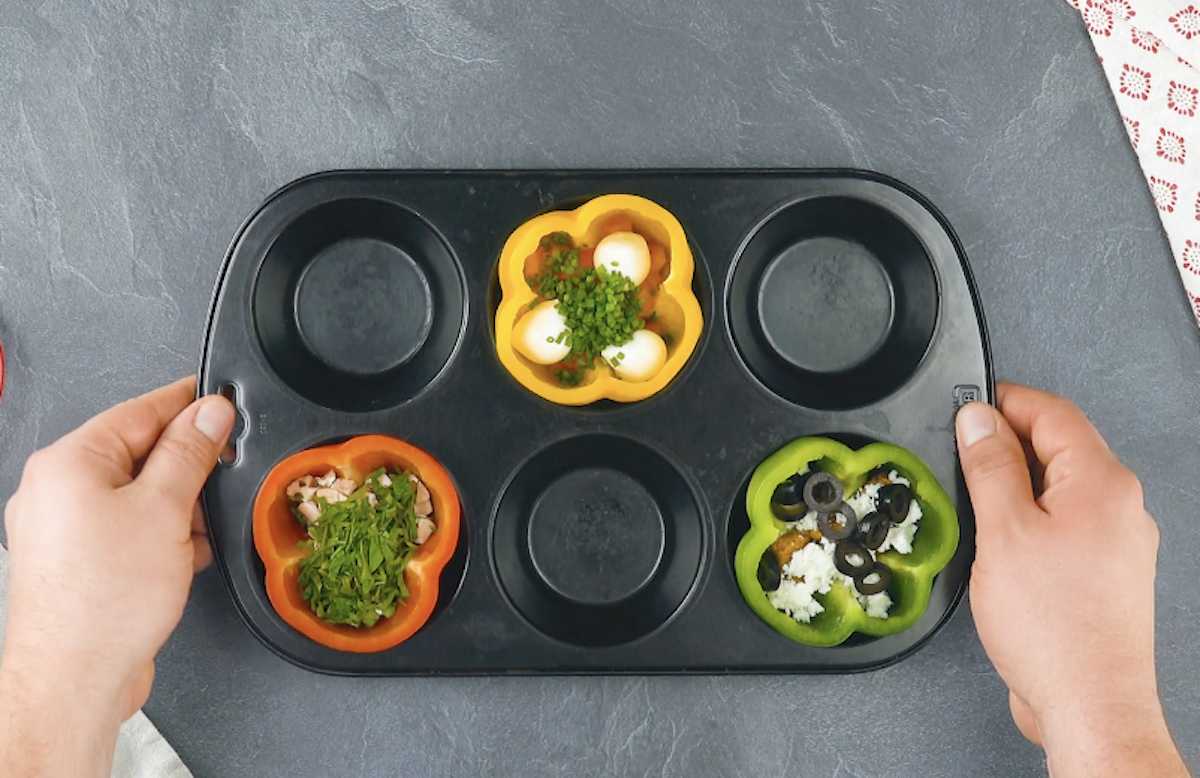 3.2 Add the eggs, heavy cream, salt, and pepper to a bowl and mix until combined. Divide the egg mixture between the stuffed peppers, transfer the muffin pan to a preheated oven set to 325°F, and cook for 30 minutes. 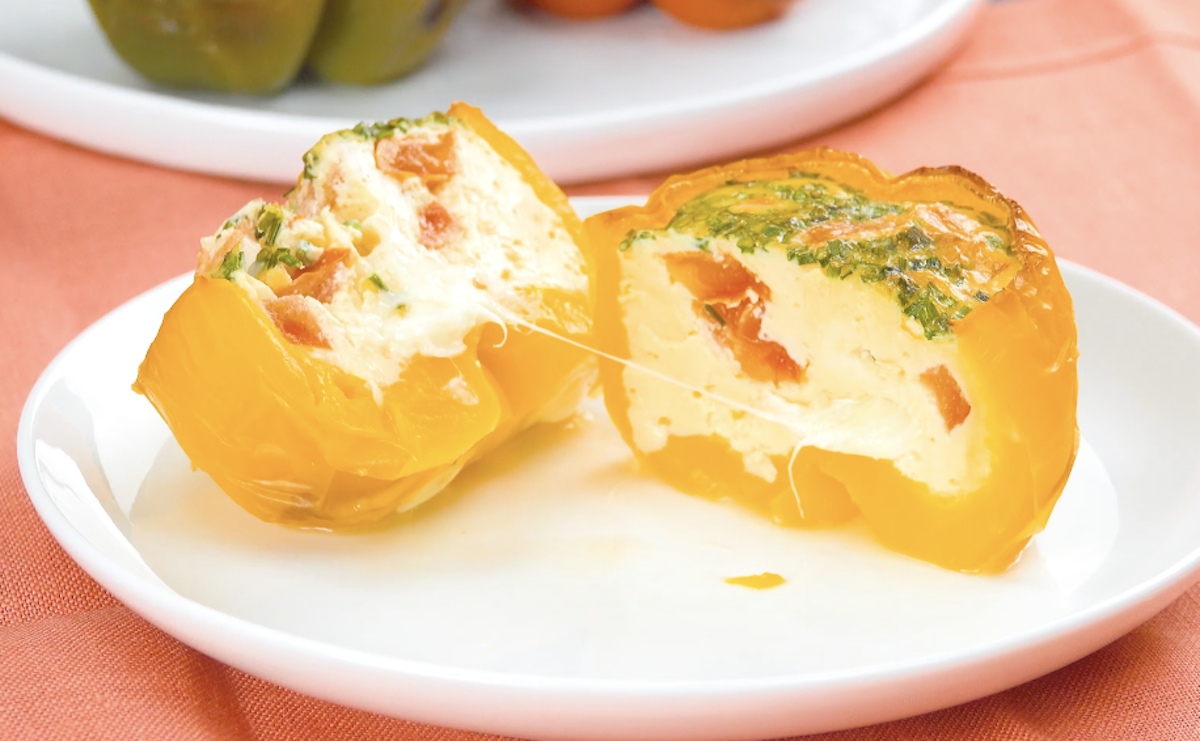 4.1 First separate the eggs. Whisk the egg whites and pass them through a sieve into a greased casserole dish. Cover the dish with aluminum foil, place it in a slightly larger pan, and pour hot water into the pan. Transfer the pan to a preheated oven set to 325°F and cook for 15 minutes. Let the egg whites cool completely after you take the pan out of the oven. 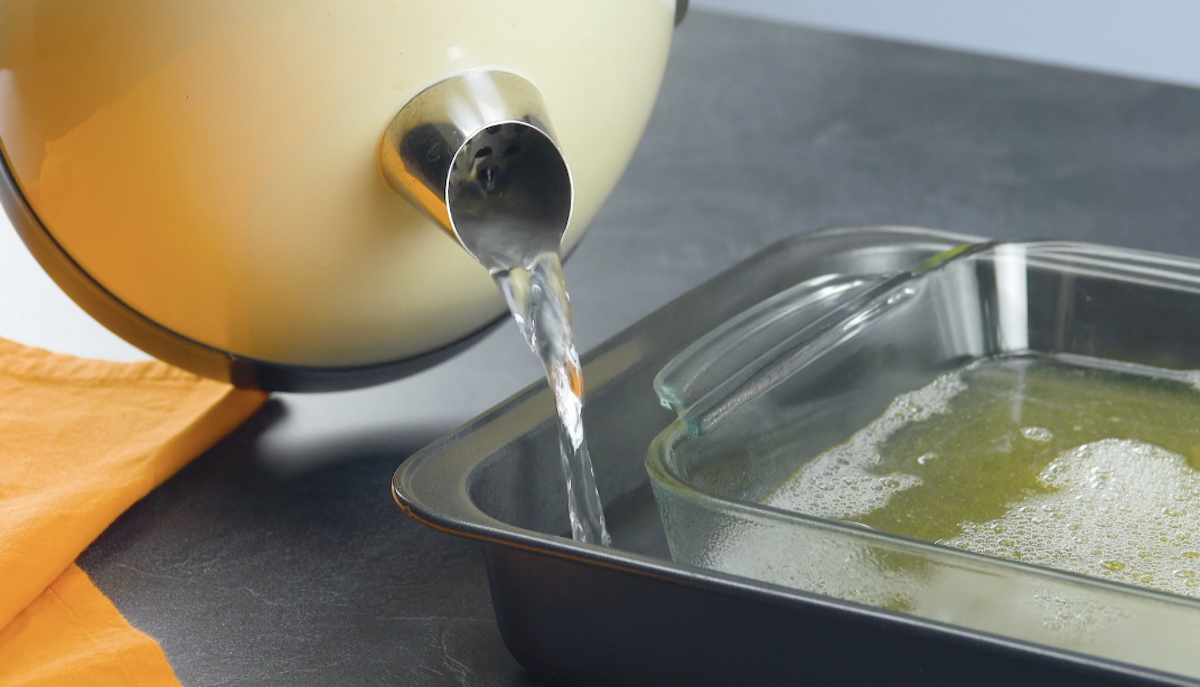 4.2 Meanwhile, add the egg yolks to a ziplock bag, seal it, and submerge the bag in hot water for 15 minutes. Afterwards, remove the bag from the hot water and let it cool. 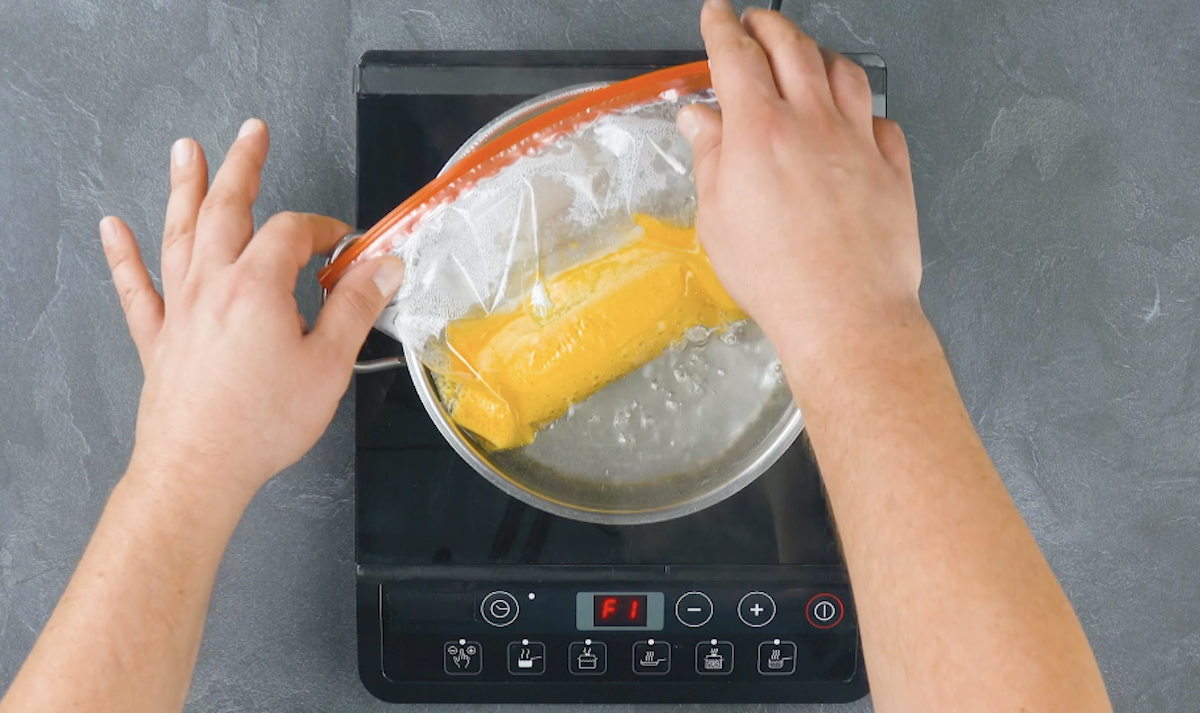 4.3 Open the ziplock bag and add the mayonnaise, mustard, paprika, pepper, and salt. Mix everything together by kneading the bag with your hands. 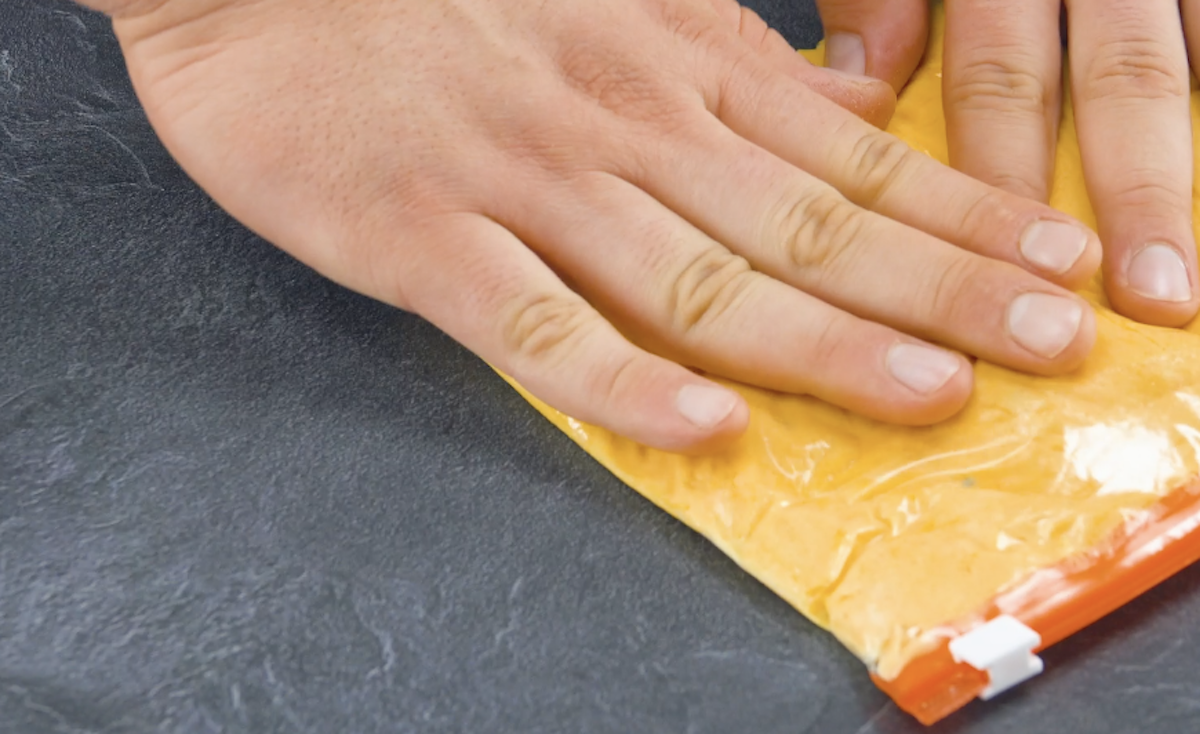 4.4 Use a star-shaped cookie cutter to cut out the set egg whites and stick the egg stars on wooden skewers. Cut open 1 corner of the ziplock bag, use it as a piping bag, and decorate the egg whites. 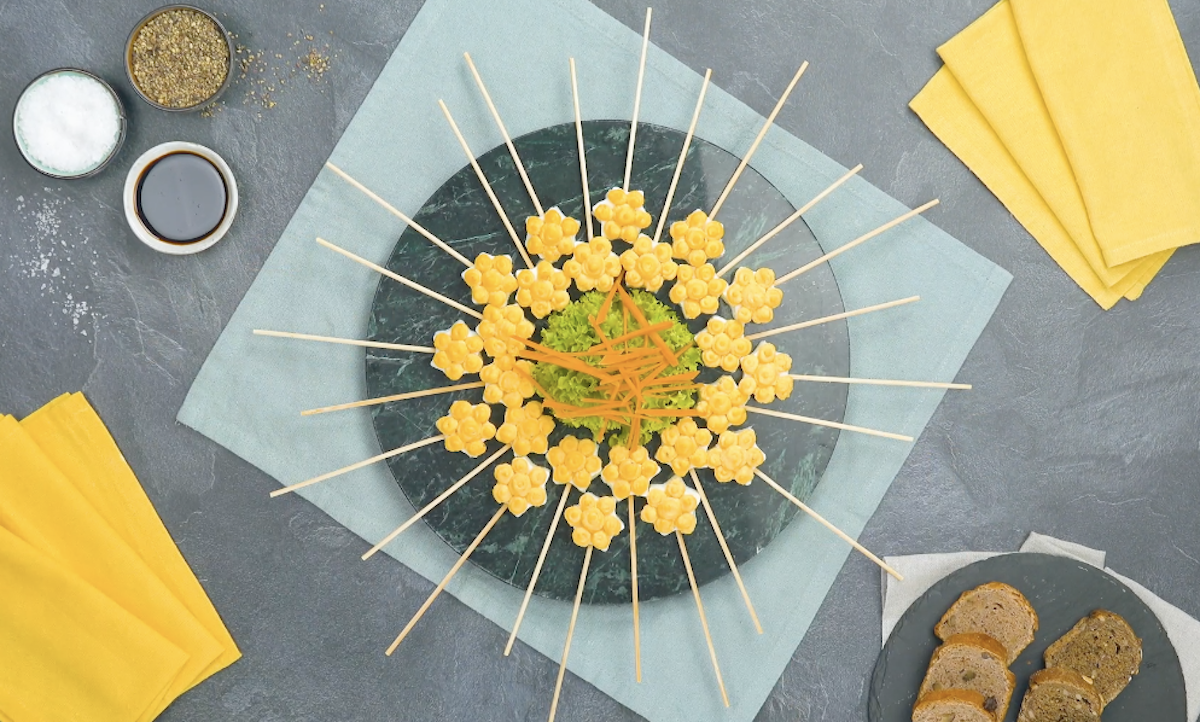 For the pasta dough:

5.1 For the pasta dough, combine all the ingredients in a bowl and knead until a smooth dough forms (about 10 minutes). Wrap the dough in plastic wrap and allow it to rest for half an hour. Cut out 2 circles from the dough, brush the edges with egg white, and place the second circle on top of the first. 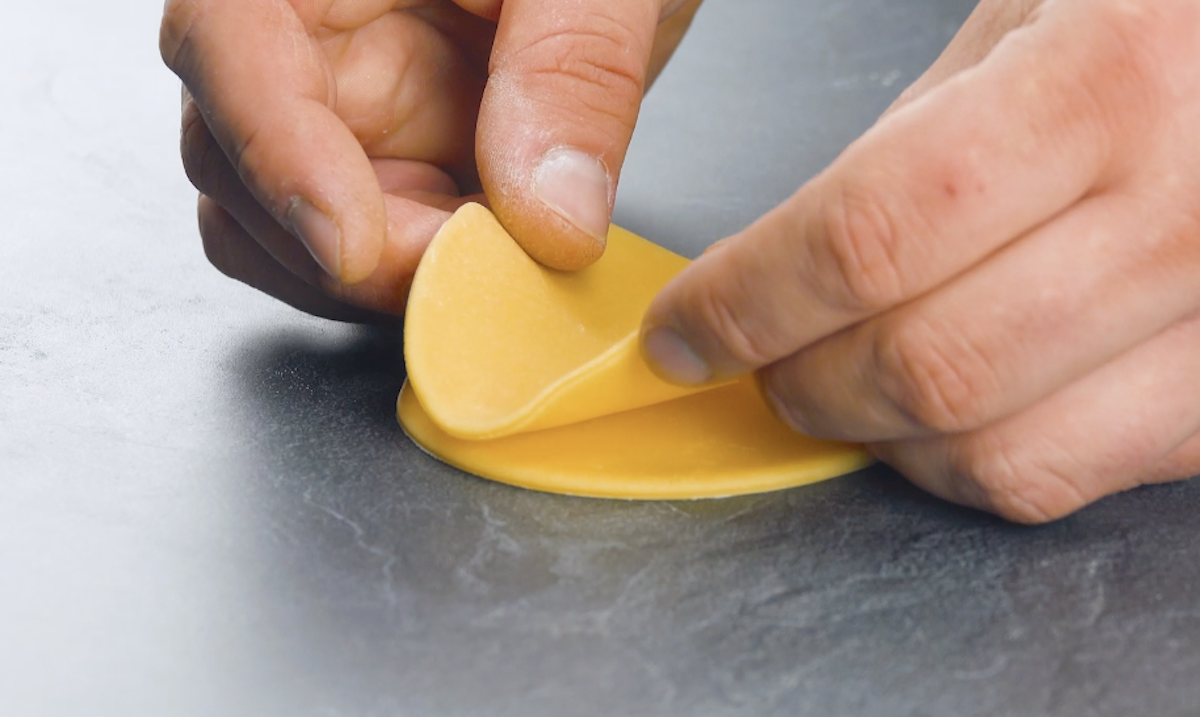 5.2 Use a fork to press down the edges but leave one side open to create a small dumpling with an opening. 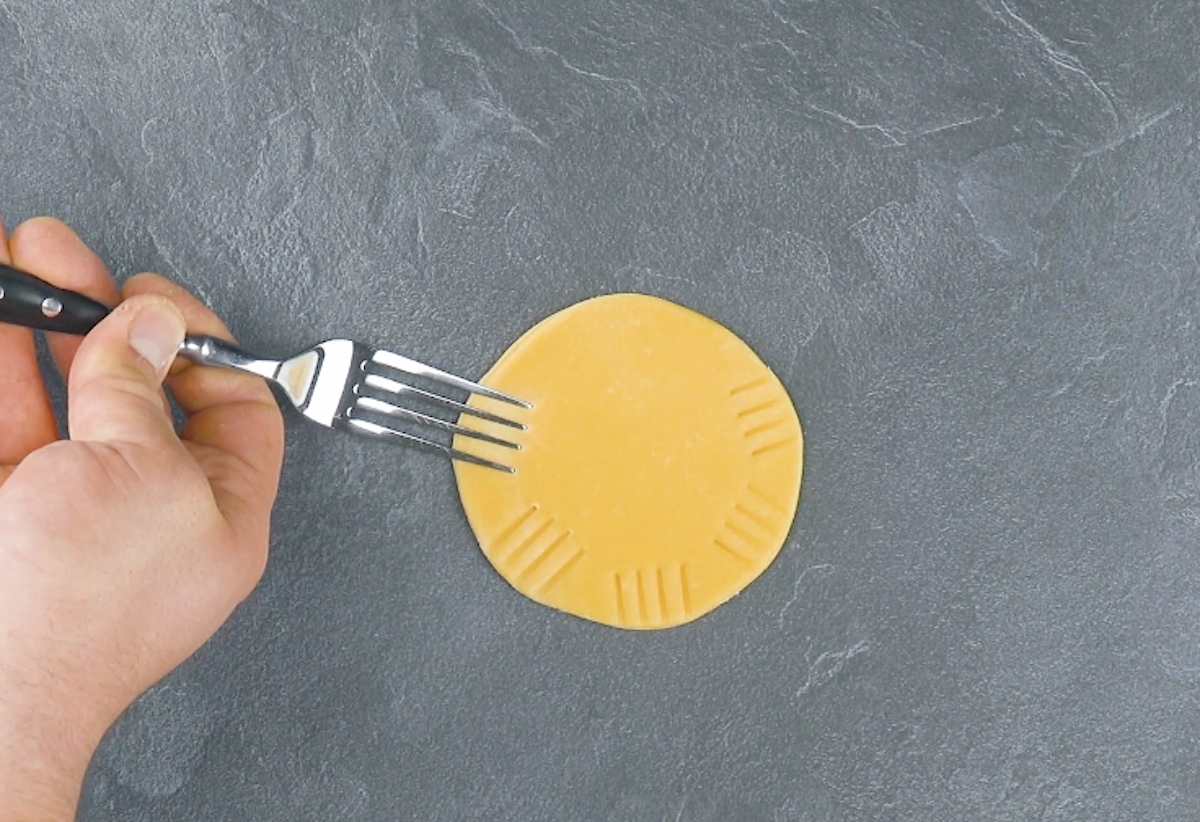 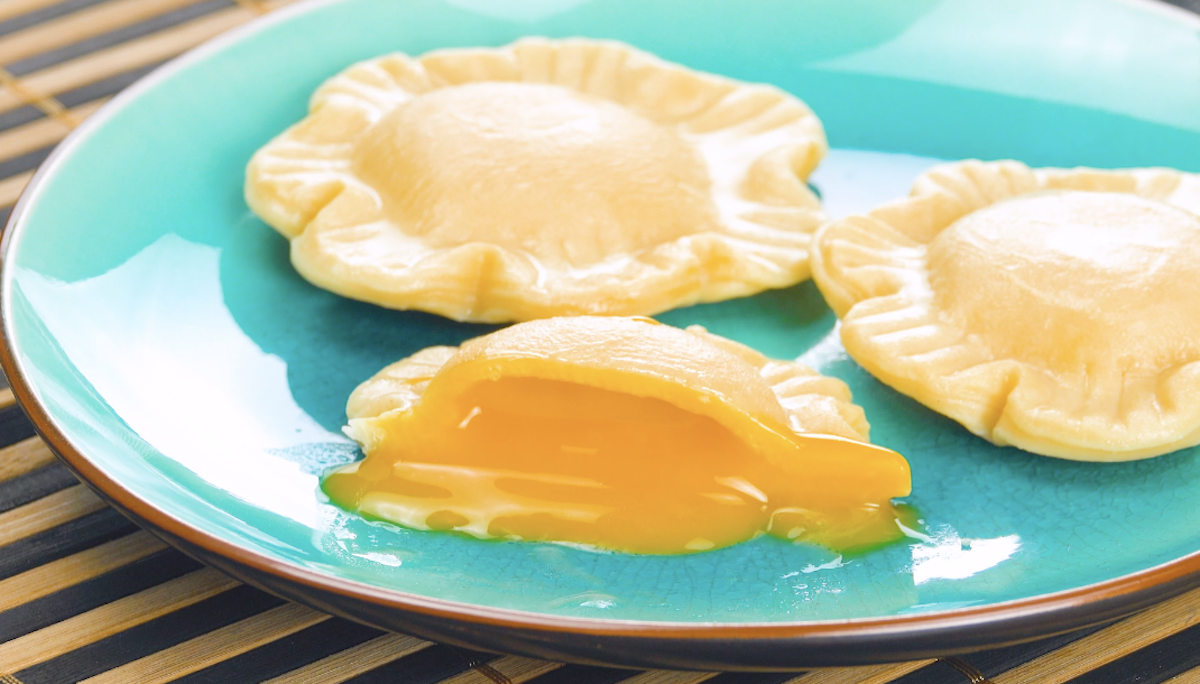 These recipes go to show that the humble egg is truly one of the most versatile ingredients around. These 5 eggcellent recipes will set your day up for magic!