Remember when you were a kid and you heard the music from the ice cream truck coming down the street? The excitement that filled you almost instantly, knowing you were just about to tuck into your favorite frozen treat? Today we're going to recreate that feeling with 3 mouthwatering waffle cone dessert ideas!

1.1 Bring some water to a boil and put a strainer in the pot, making sure the water doesn't touch the strainer. Dampen 2 paper towels and put 1 in each waffle cone. Steam each cone for 2-3 minutes, remove the paper towel, and carefully unroll the waffle cone. 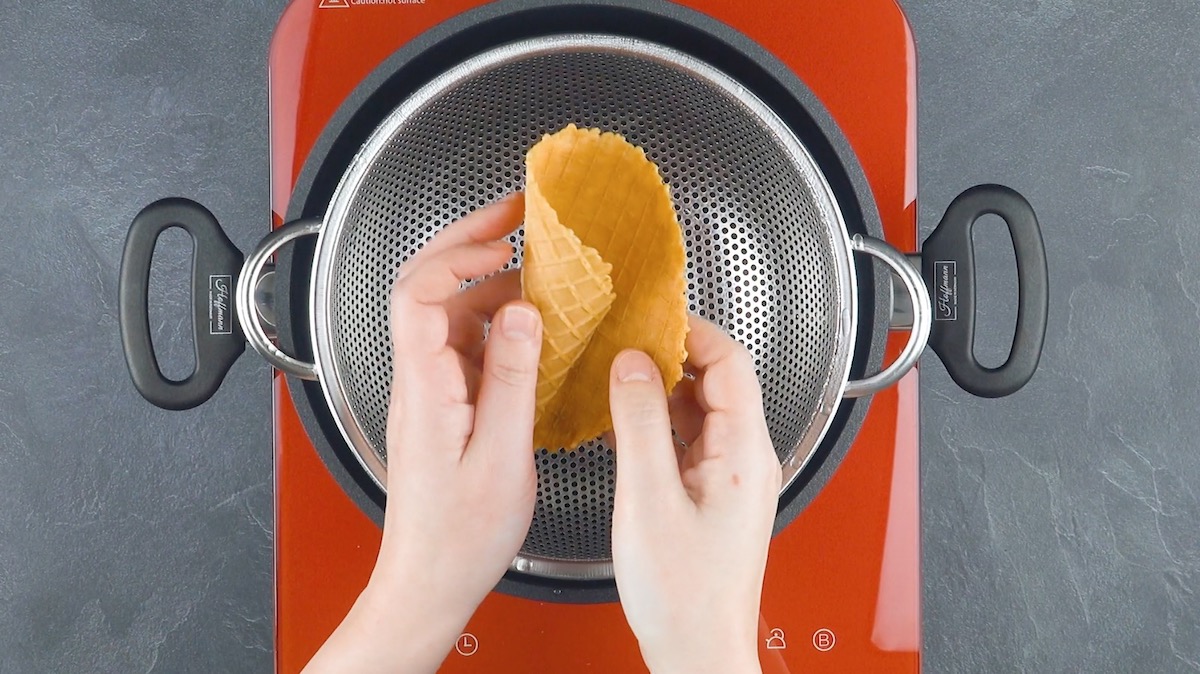 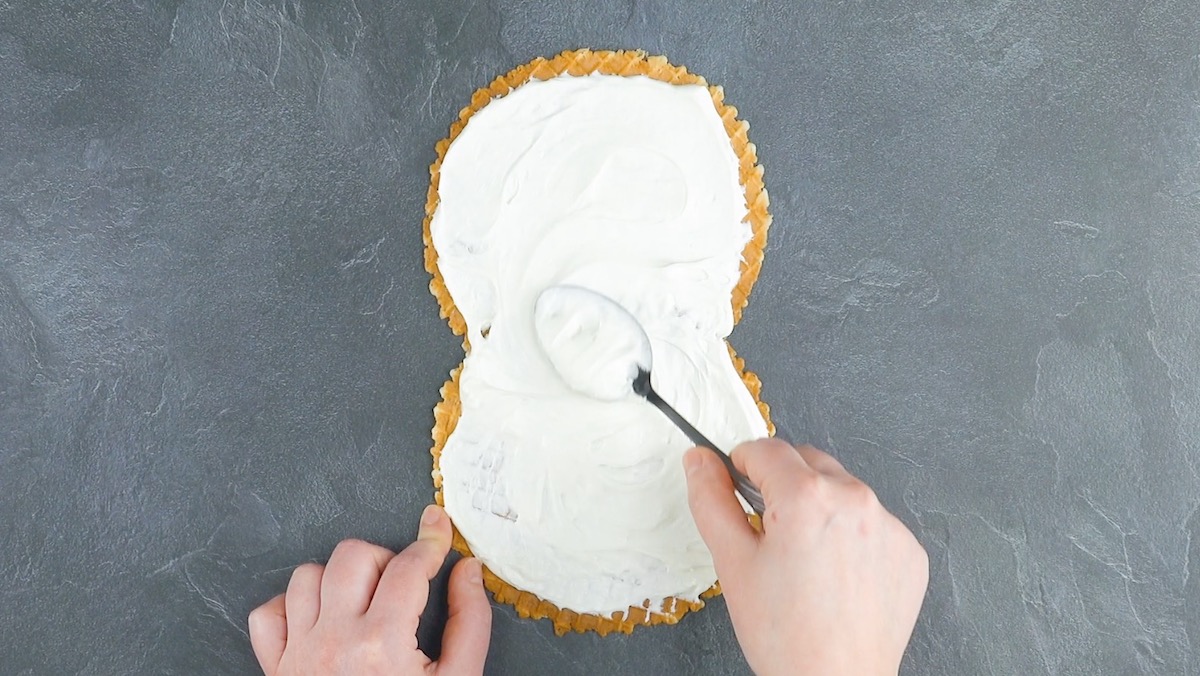 1.3 Evenly sprinkle the cinnamon sugar over the whipped cream cheese mixture and roll up the cones. 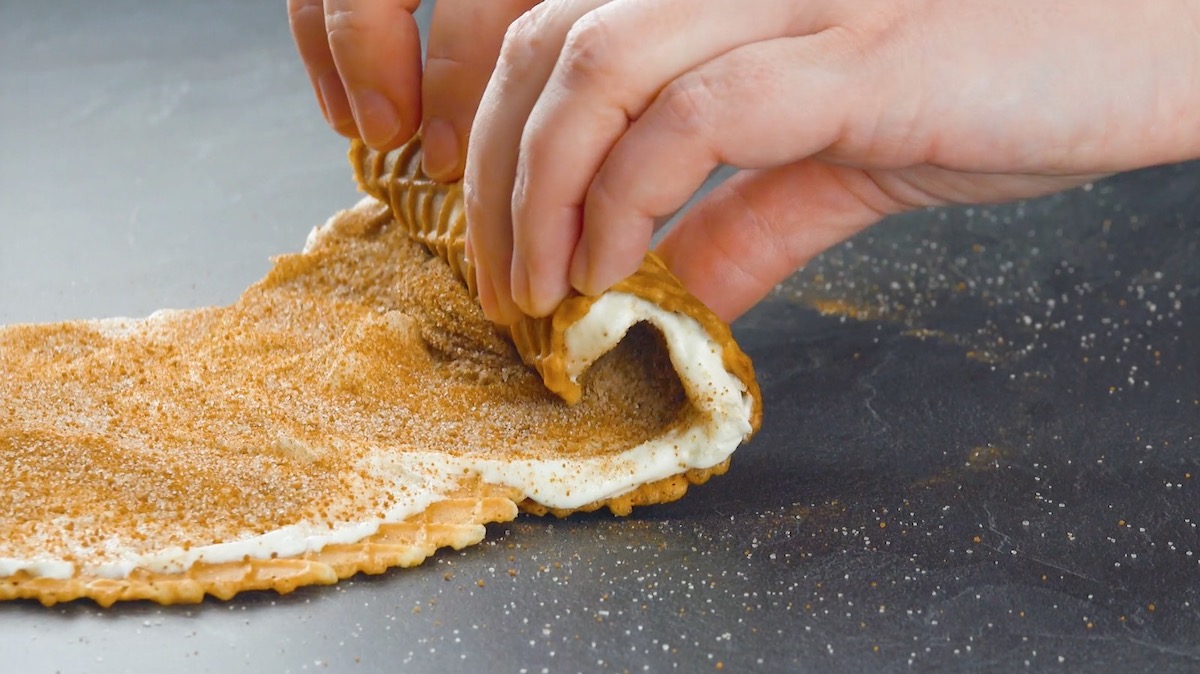 1.4 Wrap the waffle cone roll in plastic wrap and refrigerate for at least 1 hour. Once chilled, slice the roll into several pieces and drizzle chocolate syrup on top before serving. 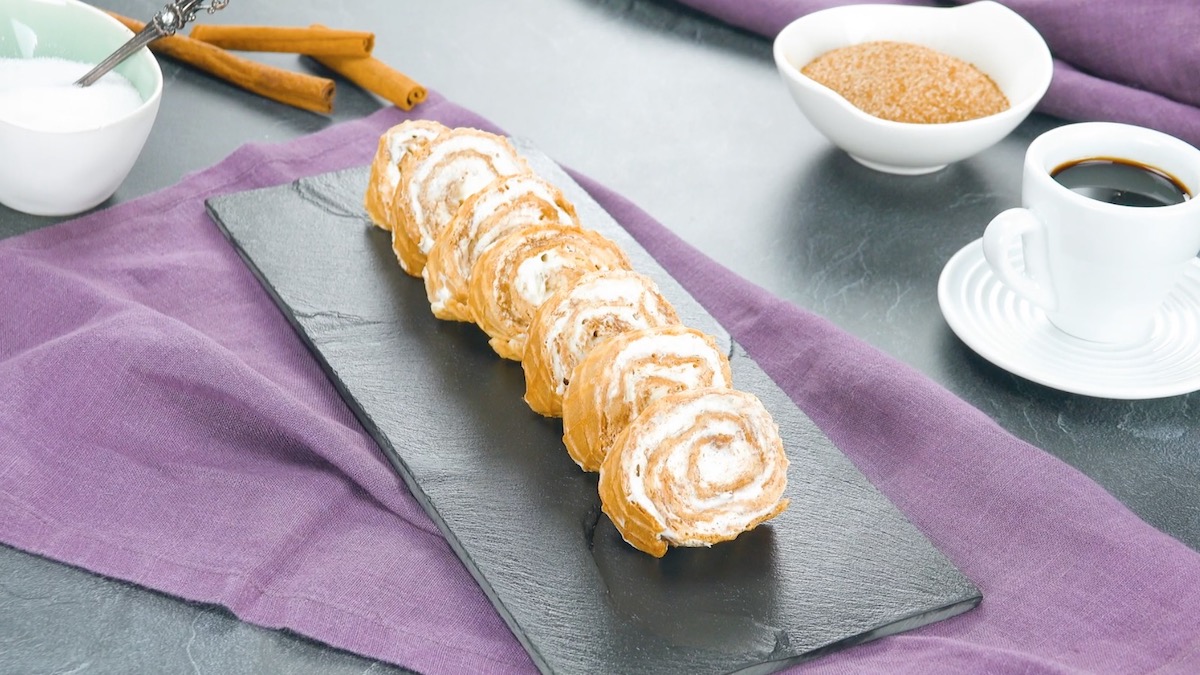 2.1 Bring some water to a boil and put a strainer in the pot, making sure the water doesn't touch the strainer. Dampen a paper towel, stick it in the waffle cone, and steam the cone for 2-3 minutes. Remove the paper towel, carefully unroll the cone, and place it over a rolling pin. Allow the cone to harden on the rolling pin to give it a taco shape. 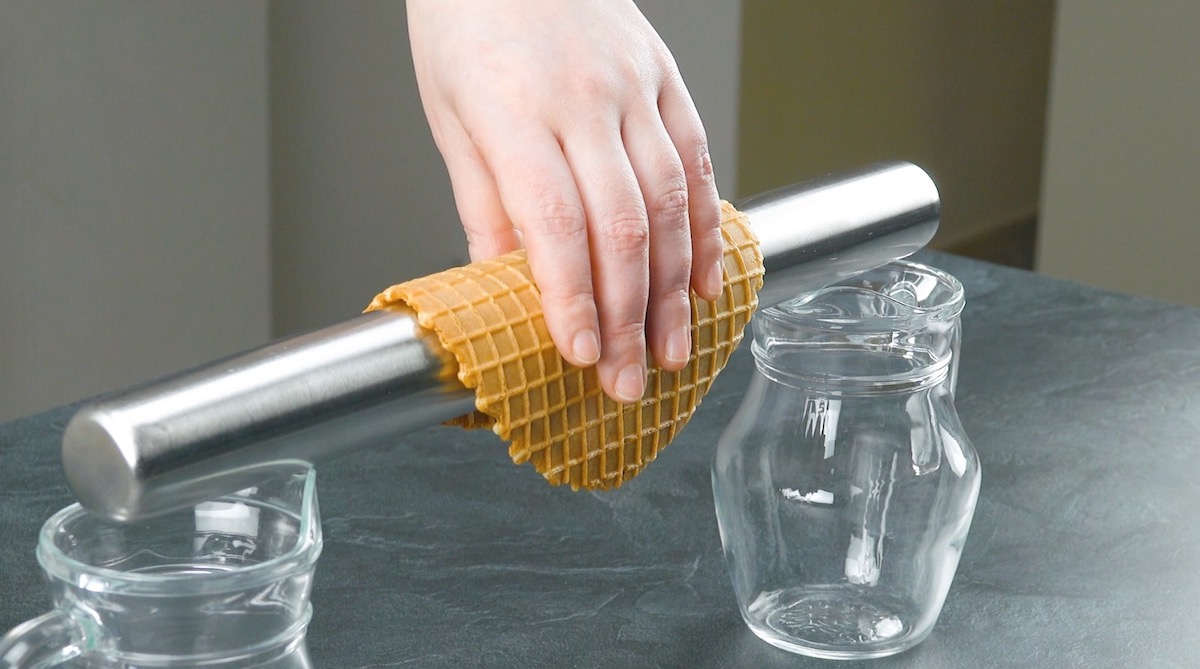 2.2 Fill the waffle cone taco with vanilla ice cream and dip the opening in melted chocolate. 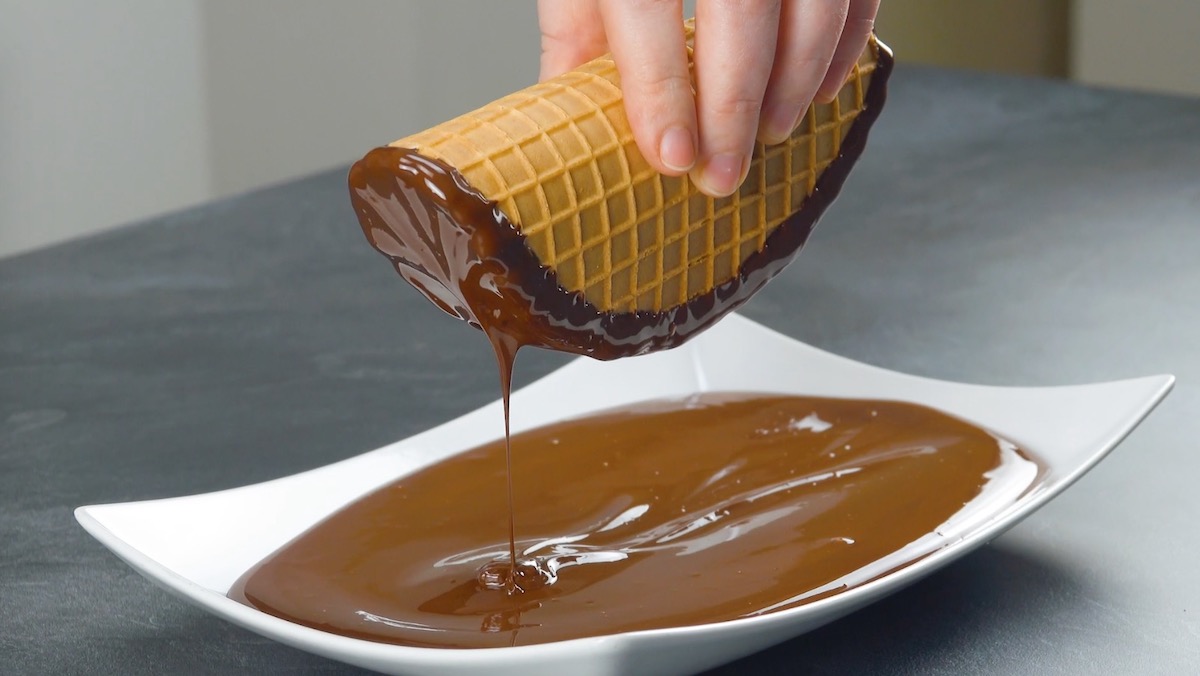 2.3 Sprinkle crushed nuts over the melted chocolate and let the chocolate set before serving. 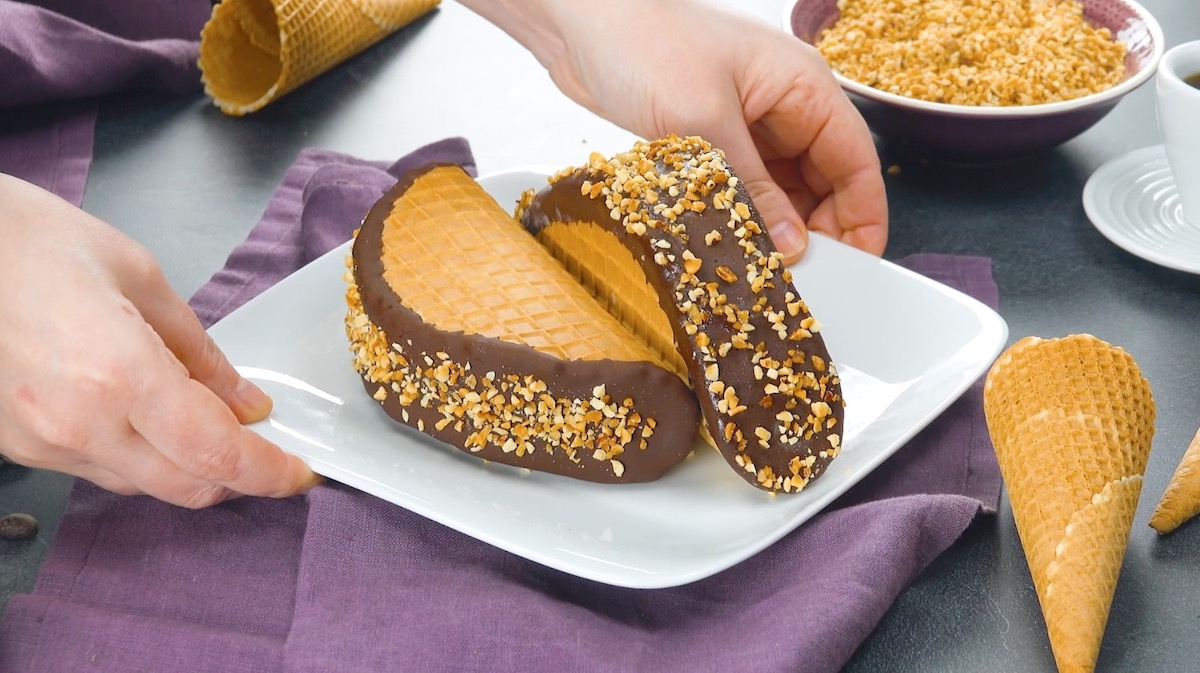 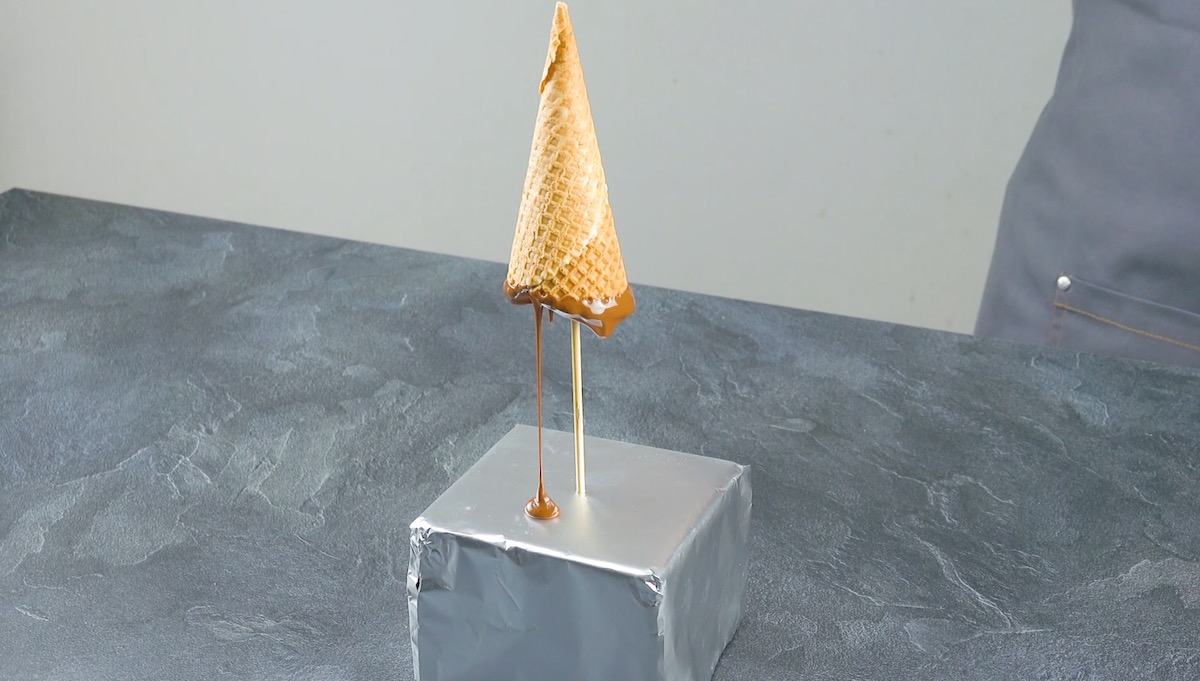 3.2 Fill the cone with fruit syrup and add a scoop of vanilla ice cream and a dollop of whipped cream. And don't forget the cherry on top of the sundae! 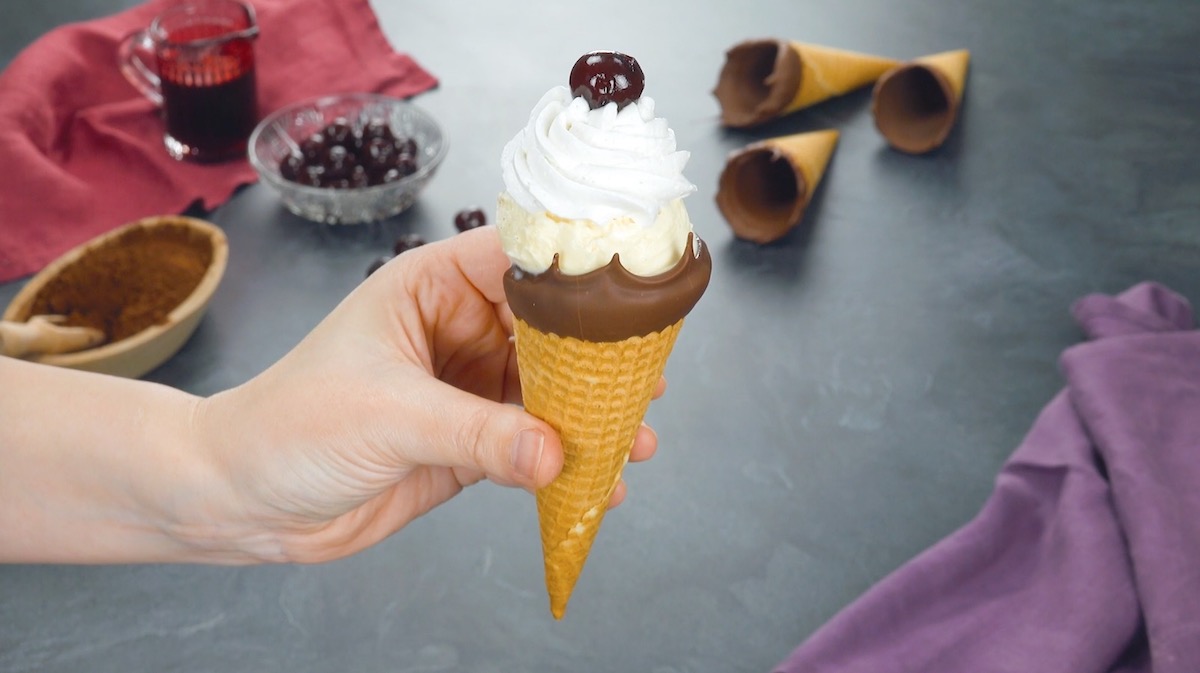 Get the recipes for the Waffle Cannolis, Waffle Bowls & Waffle Cream Tacos featured in the bonus video.