Dumplings are a staple of Chinese cuisine and there are a ton of different ways to prepare them. The fillings can consist of anything from veggies to pork to ground beef, while the dough that keeps all that juicy and flavorful deliciousness safe can range from a steamed wrapper to pan-fried crispy envelopes. The most popular and commonly known of the Chinese dumpling is called jiaozi, which is what we're going to show you how to make today. But this isn't just your standard dumpling. No, we have 3 different dumplings rolled into one filled with juicy pork, melty cheese, and vegetables!

For the vegetable filling:

For the cheese filling:

For the beef filling:

1. First prepare the dough. Add the salt to the hot water, and then in a separate bowl, add the water to the flour and knead the dough for 10 minutes with a hand mixer until smooth. Form the dough into a ball, wrap it in plastic wrap, and refrigerate for about 30 minutes. In the meantime, boil the potatoes and then put them through a potato ricer. 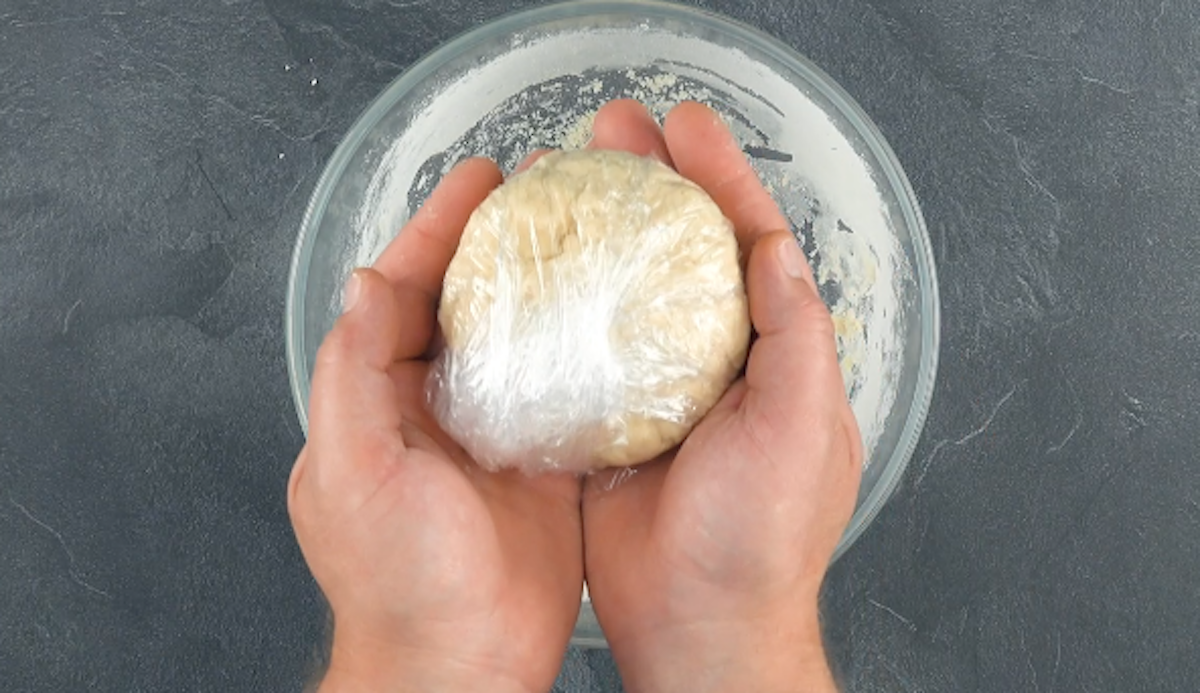 2. Now you can get started on the vegetable filling. Add the sesame oil to a skillet and throw in the carrot, bell peppers, sugar snap peas, and napa cabbage. Season everything with salt, pepper, and cilantro. Saute the veggies, fold in the mashed potatoes, remove the skillet from the heat, and let everything cool down. 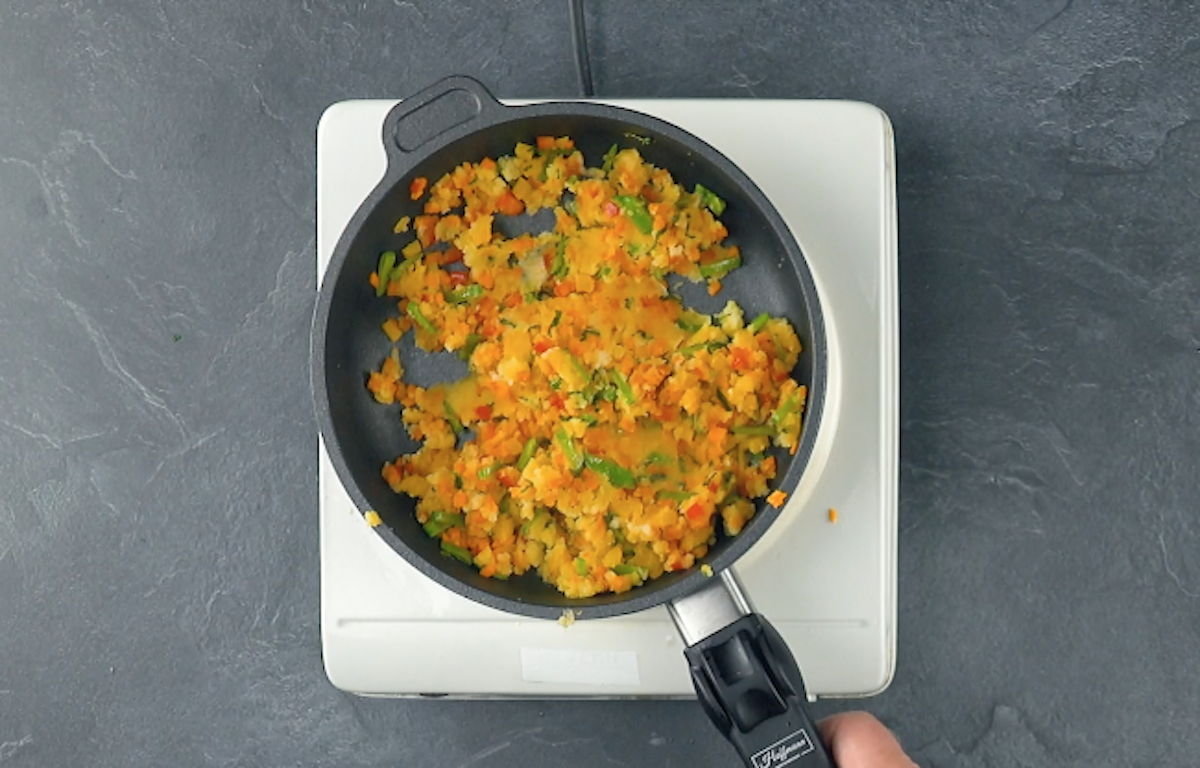 3. Add the ground beef, tomato paste, ginger, salt, pepper, five spice powder, soy sauce, oyster sauce, sesame oil, and scallions to a bowl and mix everything together. Refrigerate the mixture for 1 hour for the best results. 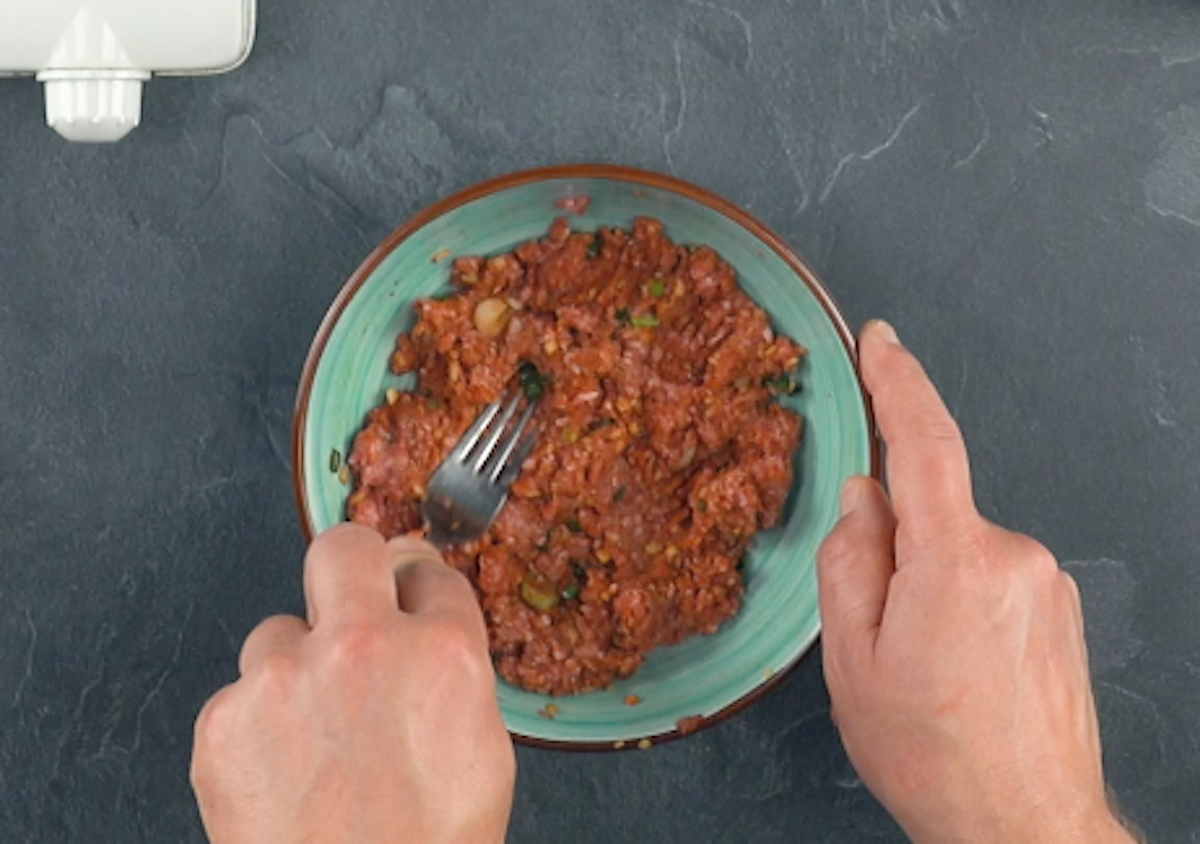 4. Flour your workspace with corn starch to prevent the dough from sticking. Cut off a small piece of dough and roll it out into a circle. Add a spoonful of the vegetable filling to the dough circle and twist it closed so it looks like a classic Chinese dumpling. Fill a pot with water and put a sieve in it. Place the dumpling in the sieve and cover the pot with a lid. Let the dumpling steam for about 10-12 minutes and then let it cool. 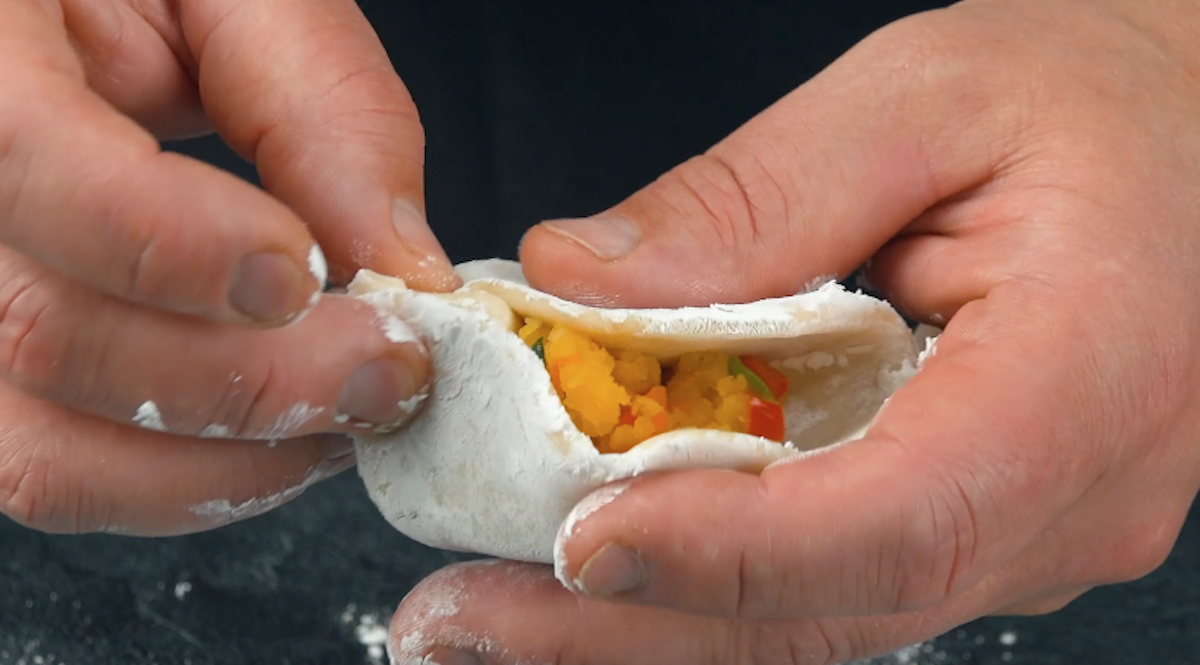 5. Cut off another piece of dough, roll it out into a circle, and sprinkle shredded cheddar cheese on top. Place the cooked dumpling on top of the cheese and close the dough. Steam this double dumpling for about 10-12 minutes. 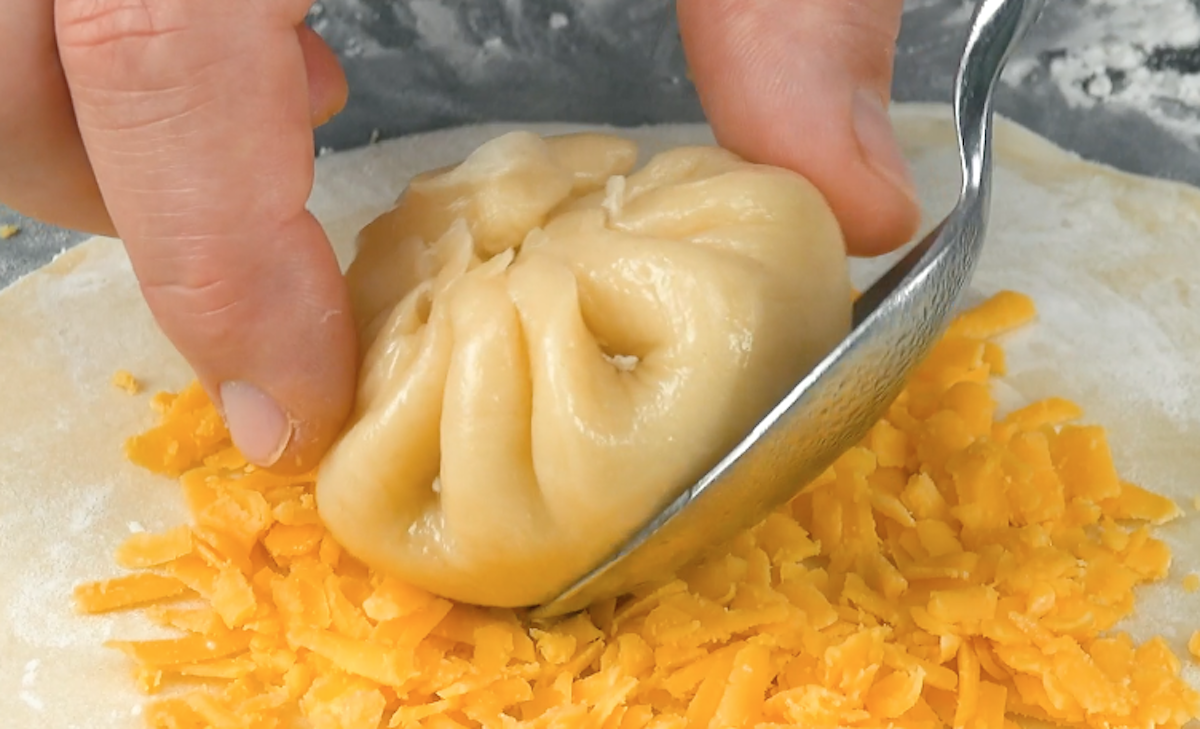 6. Cut off another piece of dough and roll it out into a circle. Make sure that the circle is bigger than the ones before. Spread the ground beef filling on top, place the cooked double dumpling in the center of the dough circle, and close it again to make it look like a traditional dumpling. Steam this triple dumpling for about 10-12 minutes, sprinkle sesame seeds on top, and serve with soy sauce. 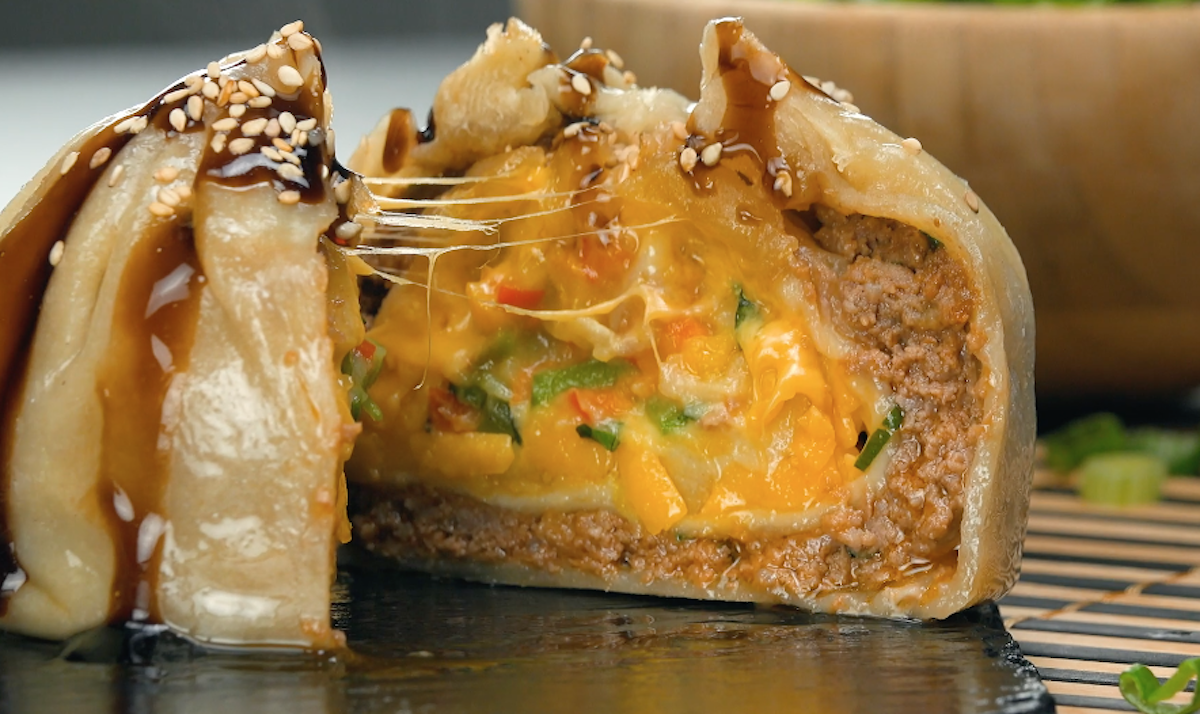 Dumplings are the perfect alternative and/or accompaniment to spring rolls and wonton. Plus, they're not that hard to make and so much better than anything you can get at a restaurant. And the filling is basically a blank canvas for whatever you feel like – chicken or beef or anything under the sun that sounds good to you!

Get the recipe for the Bao Bun Burger featured in the bonus video.