Sunny side up, please! Eggs are a true breakfast staple, and whether you prefer them scrambled, fried, or everything in between, they're delicious, dependable, and versatile. But even the classics can get a little boring after a while, and that is especially true for fried eggs. So we came up with a completely new way of making fried eggs, and thus the fried egg skewer was created. We've got 3 different and delicious varieties for you to check out!

1.1 Fry the bacon until lightly browned but not crisp, then push it to one side of the non-stick pan. Separate the egg yolks from the egg whites, pour the egg whites into the other side of the pan, and briefly fry. 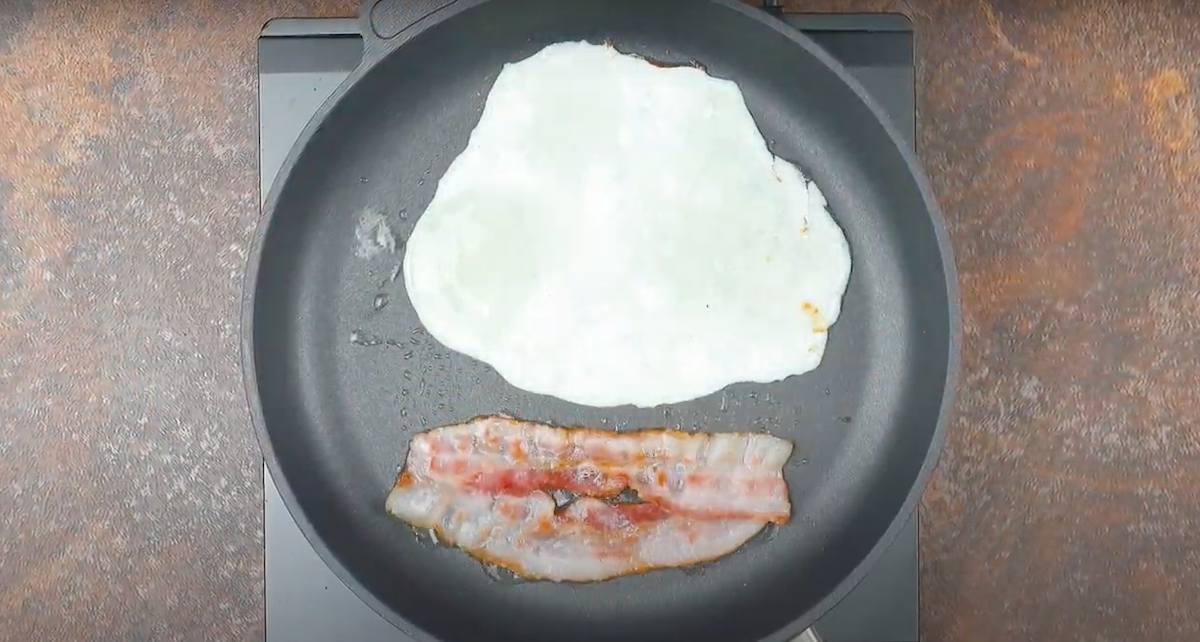 1.2 Place the bacon on top of the fried egg whites, place a wooden skewer in the center, and carefully slide the egg yolks onto the skewer. Season everything with pepper and sprinkle chopped chives on top.

1.3 Fry the bacon egg skewer over low heat, fold the fried egg white sides towards the center, and fry the other side briefly as well. 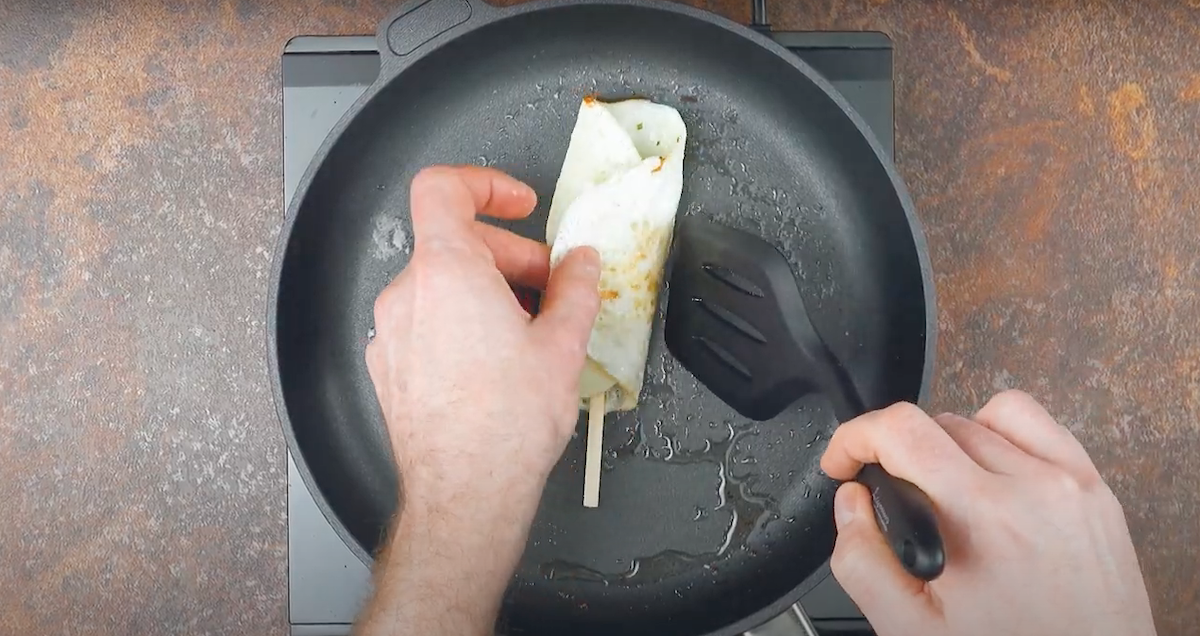 2.1 Grate the potato into the upper part of the heated non-stick pan, season with salt, pepper, and nutmeg, and spread the mixture out so it's not too thick. 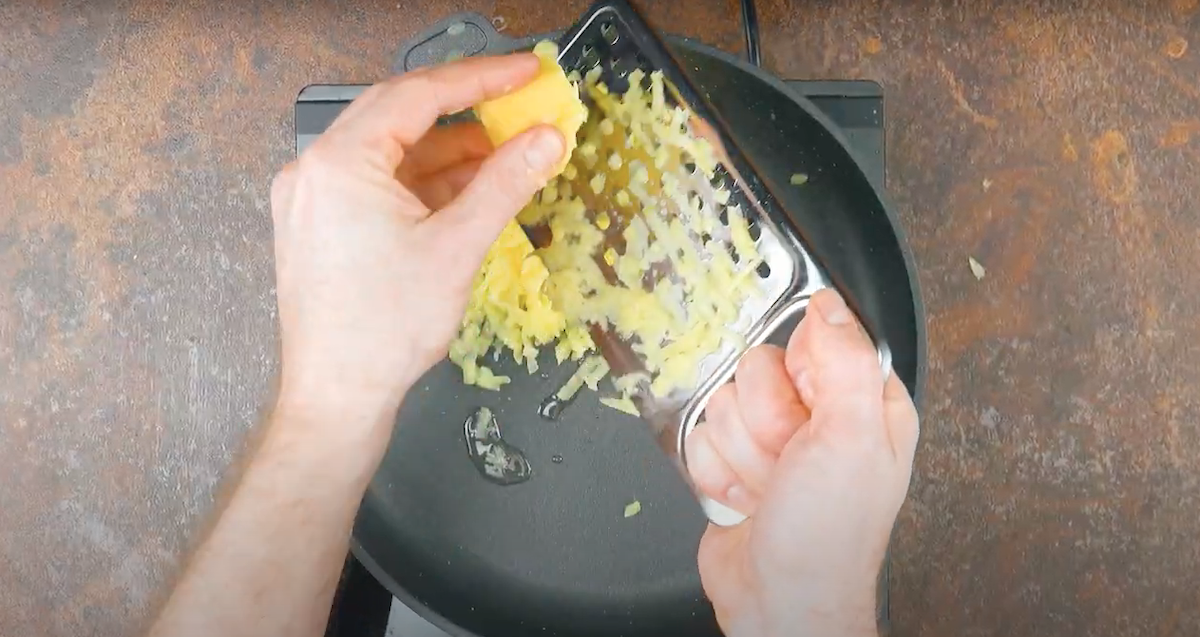 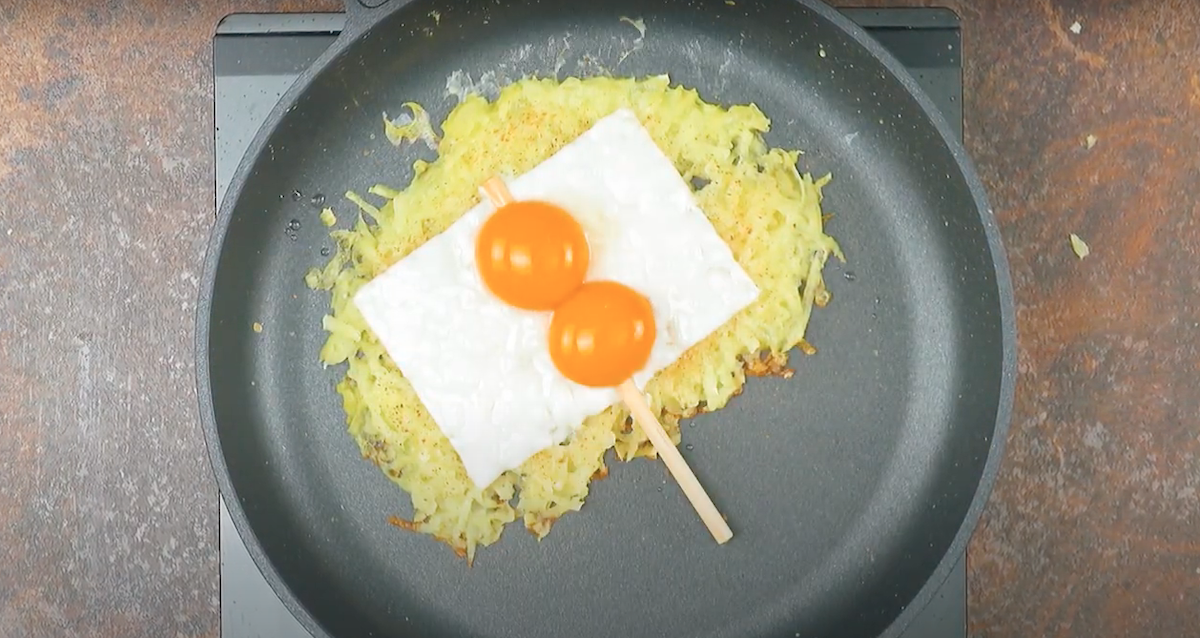 2.3 Carefully fold the hash brown sides toward the center, flip the skewer over, and briefly fry the other side. 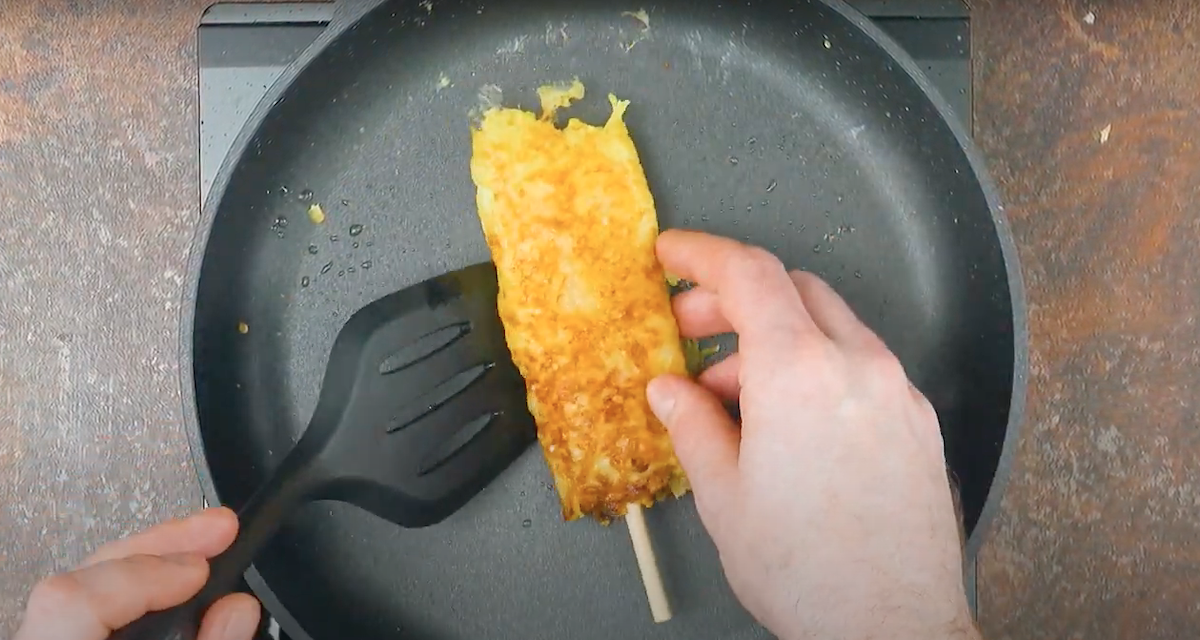 3.1 Grate the parmesan into the upper part of the heated non-stick pan and wait for it to melt. 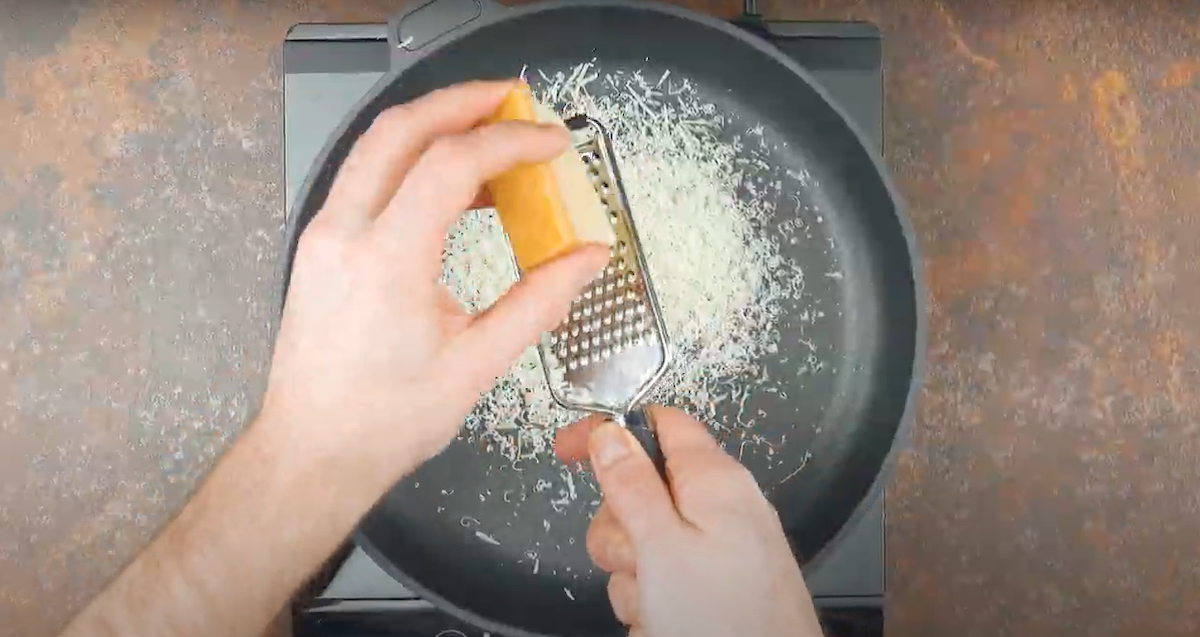 3.2 Place 1 slice of ham on top of the melted parmesan, place a wooden skewer in the center, and carefully slide the 2 egg yolks onto the skewer.

3.3 Season the parmesan egg skewer with pepper, cook over low heat, and fold the protruding sides of the melted parmesan towards the center. Flip the skewer over and cook the other side until golden brown. 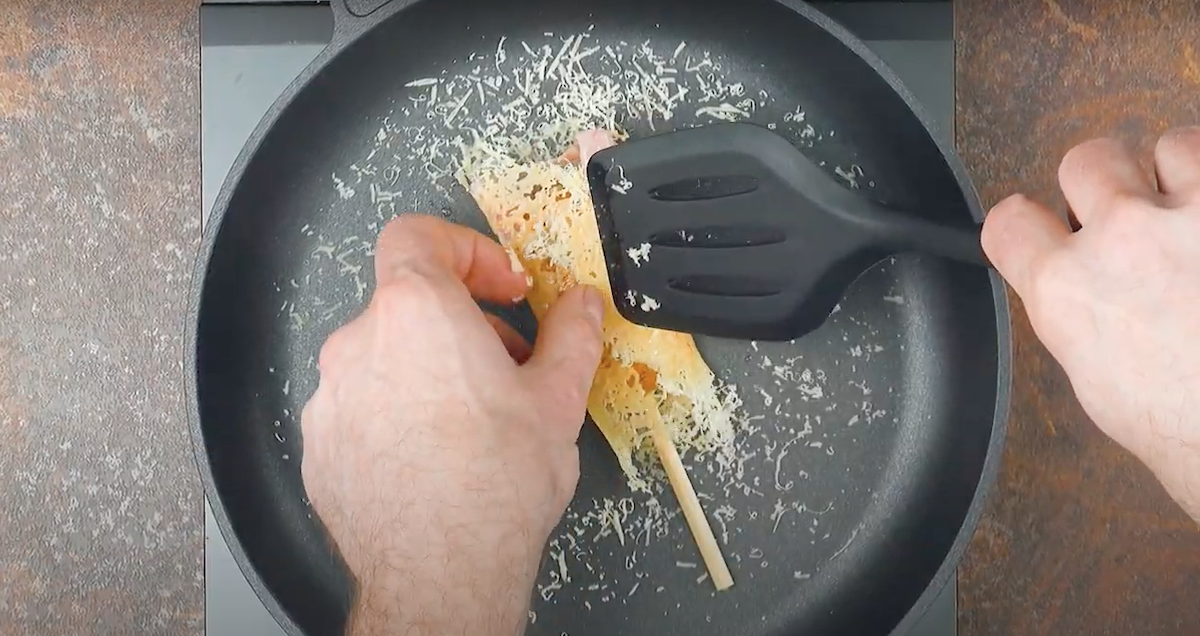 The results are impressive! 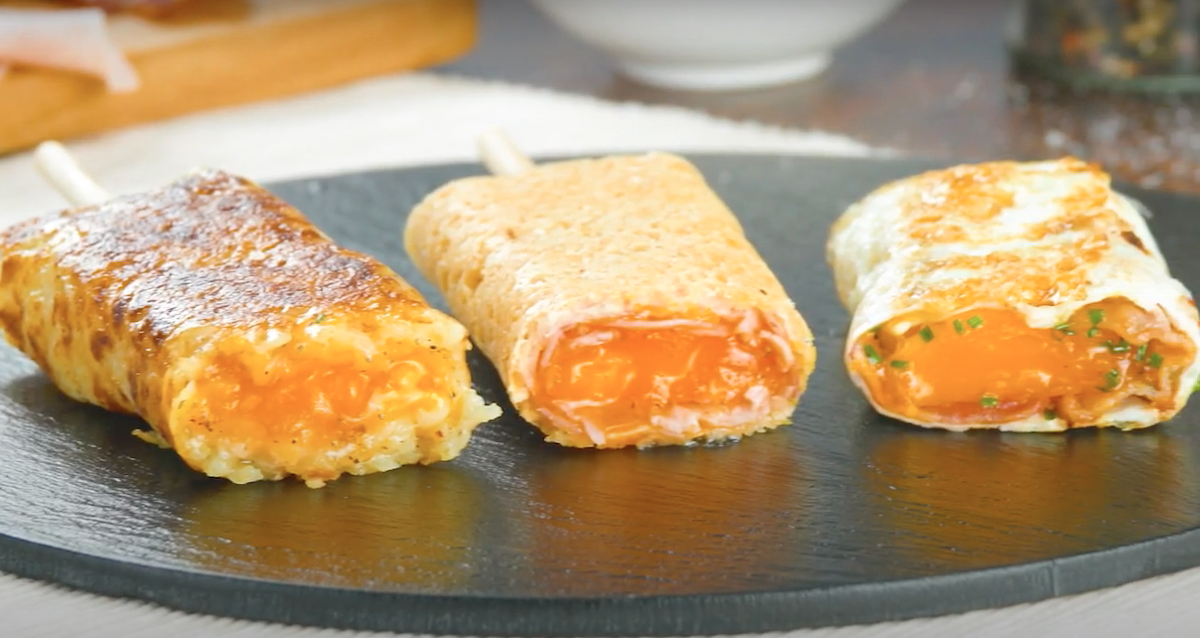 These delicious fried egg skewers are the best way to start your day, plus they allow you to experience your breakfast eggs in a completely new way! What more could you want first thing in the morning?!

Get the recipes for the 3 Cool Egg Tricks featured in the bonus video.