Clafoutis is a classic French dessert hailing from the southwestern region of the country. Essentially a hybrid between a pie and a pancake, the most traditional version of this dish is made from a sweet flan-like batter with cherries, but the batter itself can be a blank canvas for a ton of different fruits and other ingredients. First we'll show you a savory version of clafoutis, bursting with ripe figs, aromatic goat cheese, and delicious bacon. And then we'll take the more traditional route and give you a sweet alternative with sliced pears and slivered almonds. The choice is yours to make but trust us, you can't go wrong either way!

Preheat the oven to 350°F. Mix the almond flour, flour, eggs, salt, thyme, butter, and heavy cream in a heavy pie pan until a smooth batter starts to form. Press the halved figs carefully into the batter with the cut surface facing upward. Cover everything with fresh goat cheese and diced bacon and place the thyme sprigs on top of the clafoutis before baking it in the preheated oven for 25 minutes until golden brown. If you like, brush the clafoutis with honey water for some extra shine. 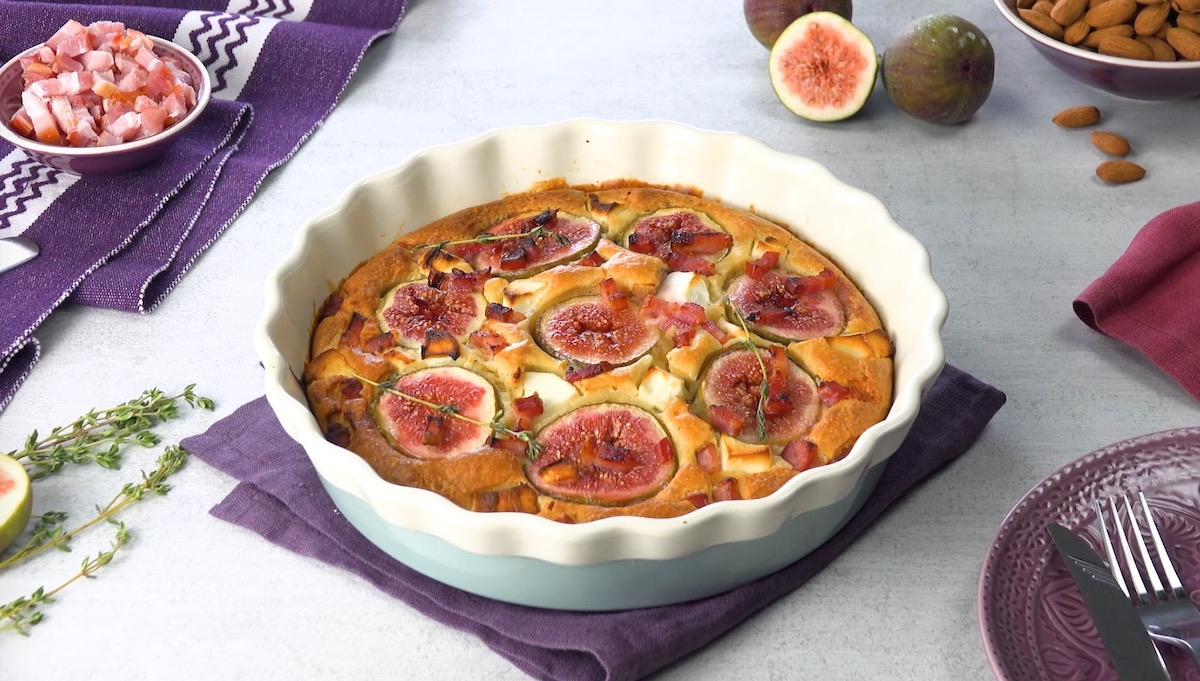 Preheat the oven to 350°F. Mix the flour, sugar, salt, eggs, vanilla, nutmeg, almond extract, and milk in a heavy pie pan until a smooth batter starts to form. Now disperse ⅔ of the pear slices evenly into the batter, ideally so that they're covered by it completely. Put the rest of the pear slices on top of the clafoutis as a garnish and brush it with the melted butter. Finally, sprinkle the sugar and slivered almonds on top before baking it in the oven for 45 minutes until golden brown. If you like, brush the clafoutis with honey water for some extra shine. 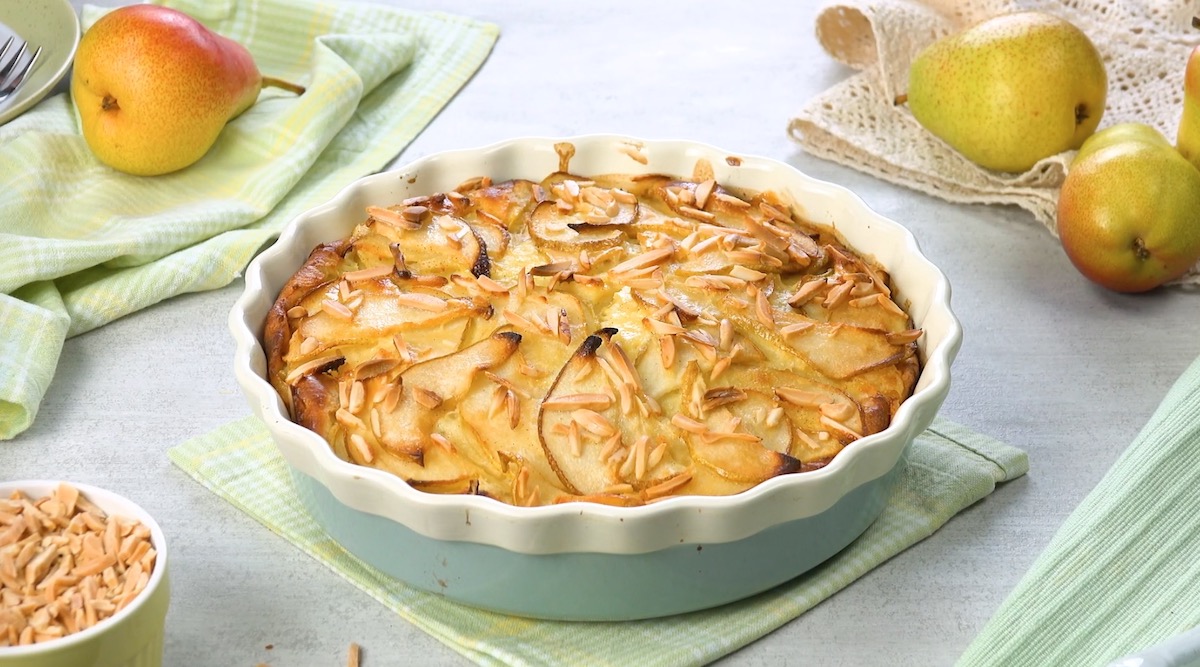 So what's it gonna be? Sweet clafoutis with the classic French dessert combination of pears and almonds, or savory with figs, goat cheese, and bacon? Fortunately for us all, both of these clafoutis recipes are super easy to make, so theoretically, you could have one for dinner and the other for dessert!

Get the recipe for the Caramel Apple Galette featured in the bonus video.